Looking for a good space strategy game with a bit of action? Well look no further! Space Pirates and Zombies 2 is the best of both and what VR game would be complete without, you guessed it, zombies. In this game, you pilot a fully customizable mothership around the galaxy exploring, trading, destroying, oh and pillaging just about everything you come in contact with. Your main goal in the campaign is to clean up the galaxy of the infected and along the way you be upgrading your ships and bolstering whatever faction you choose to align yourself with. There are 199 other captains out there run by AI, and they all have the exact same abilities in the game as you do. 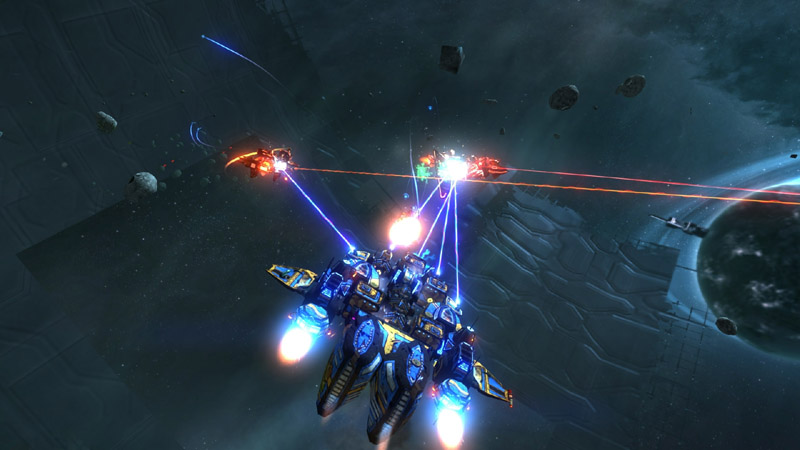 The gameplay is relatively simple, requiring you to point and click where you want the ship to go on the map.  The game requires you to explore new areas, learn about the universe’s lore, destroy bandits, trade, upgrade your ships, build outposts, and expand your faction, once you choose one. There are five factions in this universe; Hunters, Militia, Science, Civilian, and Miners. Every time you encounter an enemy ship, expect a fight as they want to run the universe just as much as you do. Battles go pretty fast with you flying in and blowing up the other vessels by setting your ships to either attack a target or defend one, then picking apart your enemies one by one until you have wiped them out. I was a little disappointed that it’s a space battle, but you can only turn your ship left or right as there is no up or down controls during flight. So, the game basically takes place on a singular plane. Encounters are usually over quickly as long you’ve taken the time to upgrade your ships as much as possible. The tutorials run rather long, but definitely help as there is a lot to pick up in the game. 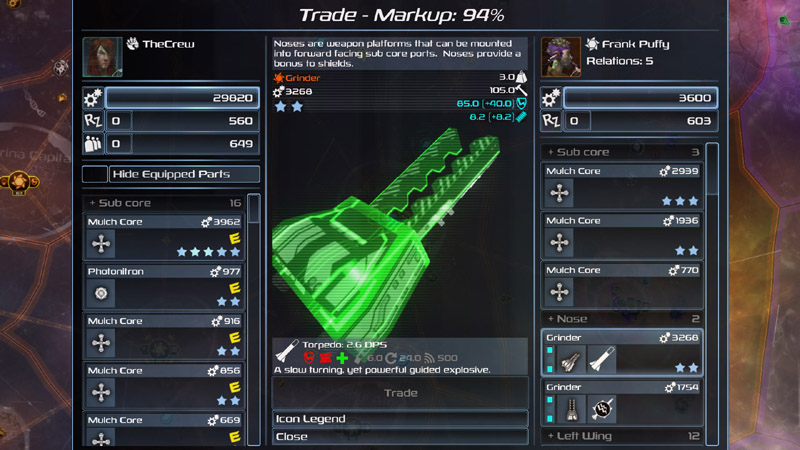 You will trade scrap (which is space currency), clones (they keep your ship maintained), and Rez (think of it as space gas) at outposts for new ship parts, or you can order custom parts but that’s rather expensive and more of a late game luxury. Your ship is fully customizable and you can pull it apart and put it back together pretty much any way you want. There are wings, engines, cores, and noses that you can swap around all loaded with a variety of weapons, like missiles, laser beams, spray guns, and much more. The customization options are awesome! Want to go faster? Put on more engines.  What about being flying tank? Add on a bunch of nose parts and a ton of wings. I went for looks, but that made the fights a bit tough at the start. 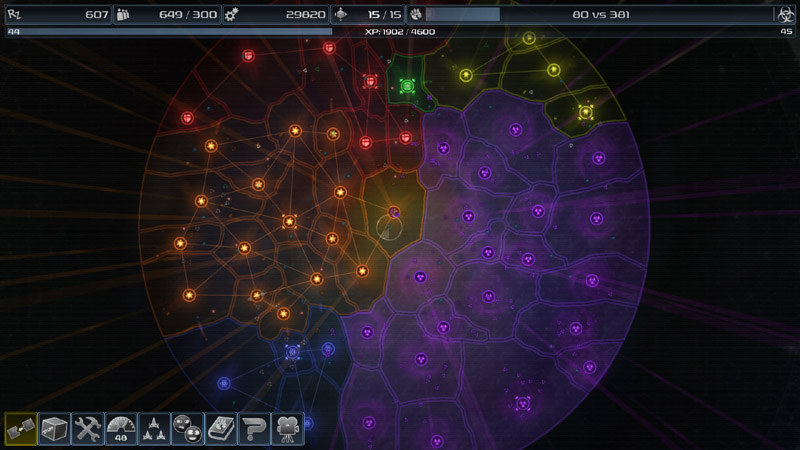 It’s a big galaxy, but someone has to take care of it

The voice acting in the game is done well and the comedic banter between characters kept me entertained during the gameplay tutorials. The sound effects are good with lots of ‘pew pews’ from the various space weapons and the explosions are a gratifying sight every time they happen.  You don’t quite have the usual VR audio effects of some games that have you looking over your shoulder for a sound heard in the distance, but that wouldn’t really work for a game like this anyhow.

The graphics are amazing and a lot of time and love seemed to be put into the part design for the ships. It doesn’t matter if it’s a coil pulsing or the glow of a ships power core, it all looks fantastic, and even more so when viewing from a headset. While this game can be played on a flat screen, the visuals just pop way more and really kept me enthralled while playing in VR. Everything looked so awesome during some of the battles that I found it hard to concentrate on the fight as I would catch myself getting distracted by the detail on a random asteroid, the ships or some of the background space. 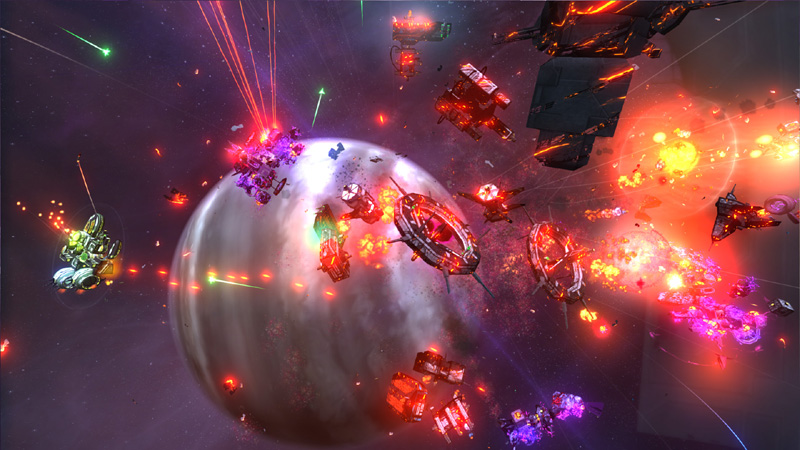 The bigger battles get absolutely nuts!

Overall, this is a great game that has kept me entertained for many hours and will for many more to come as there is high replay value in the campaign, or sandbox mode.  You can increase the difficulty which means you never get the same experience twice. Given the nature of the game, multiplayer is noticeably missing, which is a shame.  If the other captains were all other players, that would add so much to the intensity of each battle and pushed this into the echelons of VR greatness. I believe they had originally intended for the arena battles in the game to be multiplayer but ran into problems. Even without it, this is still a fantastic game and a welcome addition to the genre.

What would I pay? For the current price of $19.99 you are getting a whole lot of game for your buck. I would happily pay $20 for it.  This is a steal of a deal!

MiniMax Games provided thheVRgrid with a review code for this game and, regardless of this review, we thank them for that!