I feel the need to reiterate that I have always loved sniping games going all the way back to Silent Scope in the Arcades which is still an awesome experience. I even liked last years ‘The Perfect Sniper’ more then may other reviewers largely due to what I thought were some very fun and clever sniping missions. Sniper Rust is a budget VR title that has you playing as a mercenary and tasks you with eliminating all the bad guys around you as fast possible through a variety of stages and few differing mission objectives. 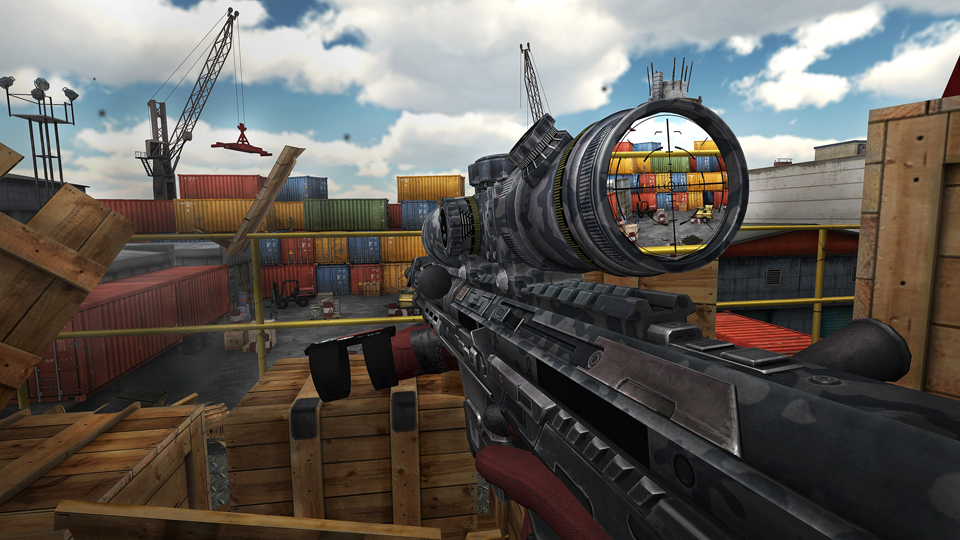 Touch controllers are your only option here and as you are armed with only scoped rifles, you are going to need two hands to hold your gun. You can move around your main base area which is tediously slow, especially with the unbearable turn speed, but when you are in a mission you are stationary save for your movements in the real world. Each stage is its own scenario and while every stage tasks you with killing all the enemies and surviving, a few add bonus objectives like killing a commanding officer before he gets away or finding an enemy sniper before he finds you to spice things up. Each stage is completely different from the last giving you a whole new layout an occasionally some cover as well to take reprieve from the onslaught of bullets headed your way once you alert the enemy to your presence. There are 3 missions in total with each containing a bunch of sub missions putting the amount of individual levels at around 15 or so and each mission opens with your objective and expands upon the plot, but the story is minimal and only serves to set up the scenarios you’ll be sniping in.
Sniper Rust, as of this review has seen a graphical overhaul since I 1st played months ago according to the games notes and I honestly couldn’t see much a difference at all besides the additional cover that some levels now give you be it pallets, boxes or whatever. The game itself doesn’t look amazing but does do the job though I can’t help but feel like a bulk of the game’s visuals may have come from purchased assets. Not necessarily a bad thing, but the game is simplistic in it’s visuals with very little happening around you save for the moving soldiers who walk around fine, but when they start running the animations don’t match the movement making them look like they are almost running on the spot. Close or far, objects tend to appear pixelated which can be blamed partly on the HMD but I can’t help but a feel like the visuals could be optimized a little better. Later missions have you in a helicopter or back of a car with either vehicle moving so awfully I honestly question why they incorporated any kind of movement, especially when it’s near impossible to hit a moving target until they stop. I did appreciate the variety in the stages though as each mission had me taking the time to survey my surrounding and come up with a plan before I just started firing all willy nilly. Sound is no more then a very short looping action track, rifle shots and the sounds of the enemy fire and your grunting as you take damage and it works, but don’t expect to be wow’d in the audio department. 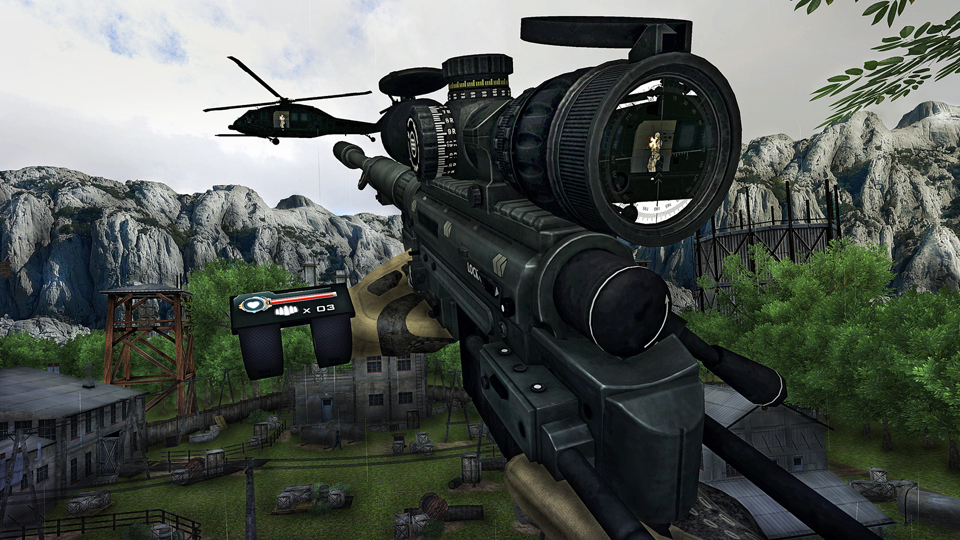 It’s near impossible to hit these guys when they are moving!

Sniper Rust, for all it’s simplicity, is awkward and unrewarding. For every mission I breezed through on the 1st try, I was stuck playing through others multiple times until I had a good run. Each level is scripted so enemies will always be in the same place and follow the same path and appear in the same spots. Not a bad thing, but some enemies can be hard to see, especially the enemy snipers, and death or failure of a mission objective resets that level. On the 2nd to last campaign mission I had to kill a sniper before he got me, and I couldn’t find him for probably 20 minutes. The level would start, and I would get about 30 seconds to find him before he killed me, causing me to die over and over and over until I finally located where he was. All the soldiers you face are armed with machine guns and once they know you are trying to take them out, unleash upon you. The games description boasts you can take cover but, in my play, the cover almost never worked, and I just ate bullets until I died, forcing me to be a quick shot above anything else. The accuracy also seemed to too forgiving at times allowing you clearly miss a target yet still counting my shot as a kill, which I suppose was done to counter just how quick you can die when a few guys are unloading on you, but this seemed to be erratic as other enemies required pinpoint accuracy to be taken out. The cover you are given at the beginning of a few stages actually blocks your view of the map forcing you to wait until the enemy destroy it to see where they are firing from and while I did enjoy the base sniping mechanics, too many factors get in the way that just make the game way less fun then it should be. 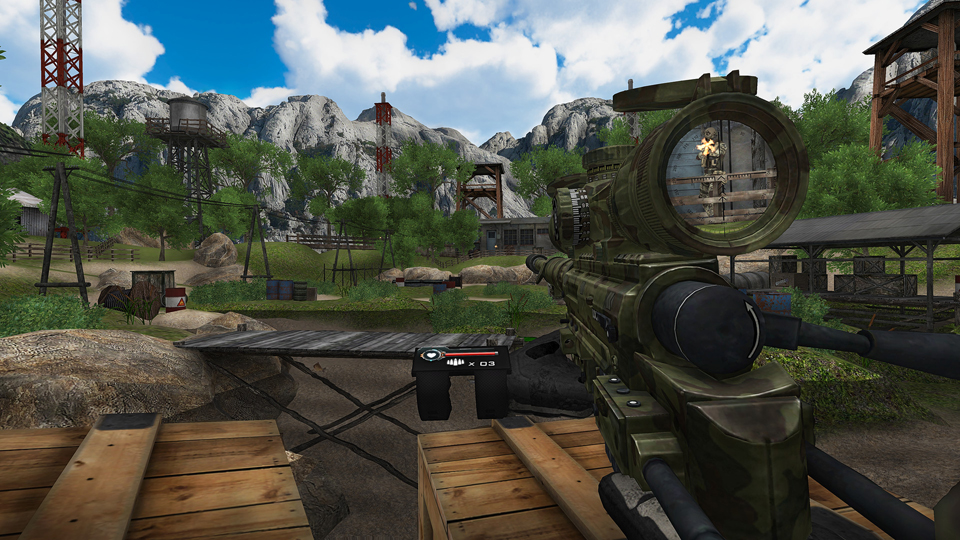 Line them up and take them out!

Like I said, I’m a little more forgiving on sniping games as they just hold a special place in my heart, but Sniper Rust has a lot of issues that hurt the game.  The visuals are underwhelming, and the scenarios tend to require multiple deaths for you to memorize all the enemy’s locations and the order to take them out in to increase your chances of survival.  It’s rare when you just get to react, fire and win and I spent a lot of my playtime just memorizing what to do and what not do.  There is a shooting area where you can fire any of the games weapons with unlocks occurring when you perform certain achievements and the guns are quite satisfying to handle, but the gaming formula at play here just gets old to fast to sustain any long-term enjoyment.

What would I pay?  This is $10 which I think is kind of a big ask currently. I would love to see a few of the issues I mentioned addressed as the game still feels like its in early access.  When I mowed through a level in a few seconds, I felt like a badass and it’s very satisfying.  When I got stuck in a stage and was forced to repeat it again and again until I had that one good run, it’s not even maddening, it just made me realize that I could be doing just about anything else right now and be having more fun doing it. $5 is as high as I would go.

Zatun Game Studio provvided The VR Grid with a press code for this title and, regardless of this review, we thank them for that!