Between this, Berlin Blitz 1943, Titanic and Apollo 11 VR mission, it’s clear that the team over at Immersive VR Education’s focus is to bring historical real-world experiences to our headsets.   Raid on the Ruhr is the latest recreation of real-world events from World War 2, only this time around there are a few more ‘gaming’ options to extend your time in this experience. 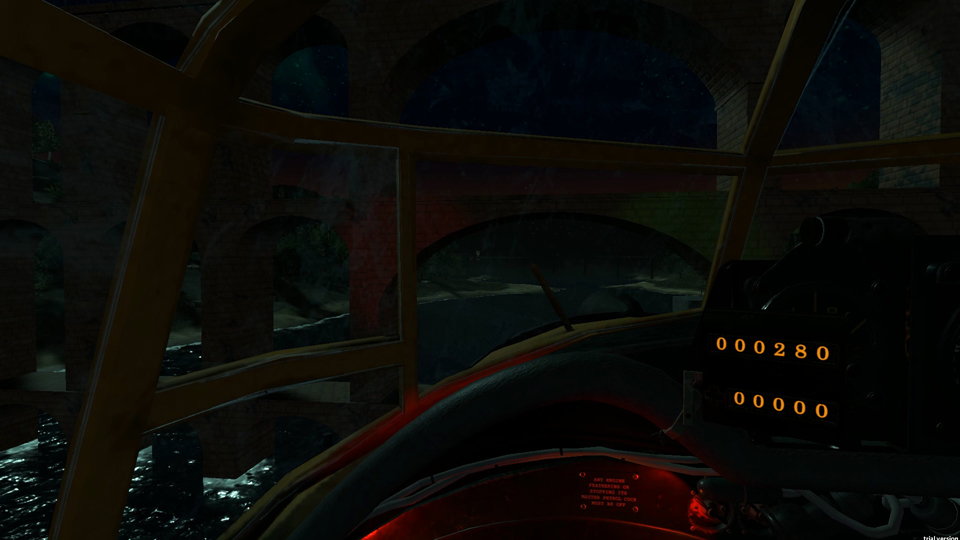 Not crashing into these bridges is easier said than done.

While a gamepad or the mouse/keyboard combo are supported, for immersions sake, assuming you choose to control the game, 2 motion controllers are the way to go.  ROTR places you in a plane on a stealth mission to destroy a few dams deep in German territory.  You can choose to play through the raid in cinematic mode, meaning you don’t control anything, just sit back and enjoy the ride or you can be an active participant, jumping from 3 positions in the plane, each with their own controls.  Initially you play as the pilot, flying low and dodging tunnel walls and the ground, staying out of sight from the surrounding German army.  A couple of times you’ll be the bomber, tasked with lining up the target and releasing your payload in a timely fashion with the last position being that of the rear gunner who must take out seemingly endless amounts of enemy planes once they have spotted you.  Each position controls great and a brief tutorial at the beginning explains how each position plays.  I found the flying to be insanely difficult, often crashing mere seconds after respawning though thankfully the game starts you close to where you crashed so progress is inevitable.  Besides the campaign you can try and climb the leaderboards on infinite run or infinite gun modes which task you to last as long as you can flying without crashing or shooting down an endless horde of planes until you take too much damage. 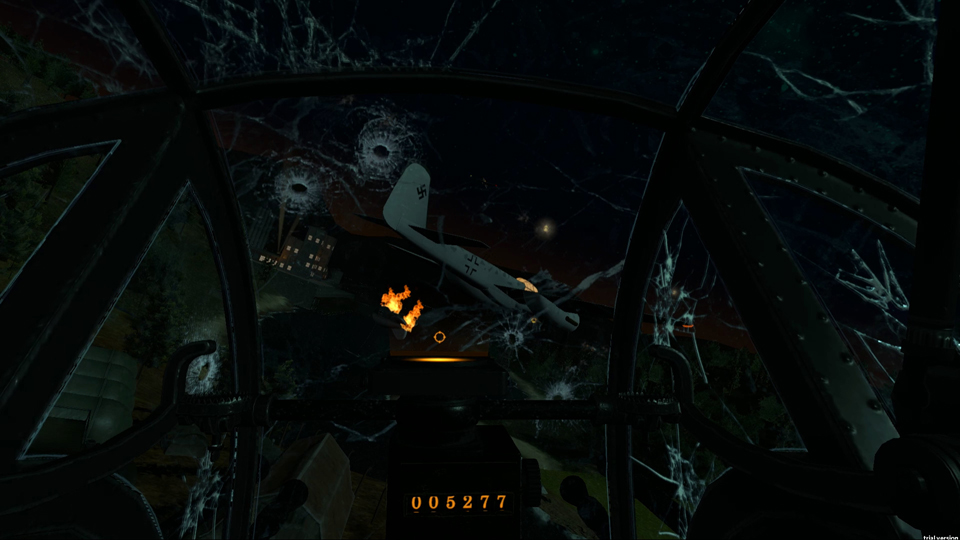 Take down the Nazi scum!!

Raid on the Ruhr looks great though like previous titles from the developers, can be taxing on any system as there is a lot happening in the headset at any given time.  Water reflections looks slick and as the actual game takes place at night the game can pop a little more thanks to some very dark visuals.  The inside of the cockpit is incredibly detailed and the character models look decent too, though you won’t notice them too much as you’ll be focused on the action ahead of you.  As you traverse the river, you’ll fly through cities and near factories, avoiding spotlights and flak attacks should you fly to high. As this is a recreation of real events, it’s surreal to see what these soldiers went through to accomplish their mission.  With that said, there are some visual foibles with planes following pre-set paths in repeating patterns or bullet holes appearing if you fly into wires along with some lower quality textures on the exterior environment.  These little quirks do hamper the immersion, but by no means ruin the experience

The visuals are solid enough, but the audio blew me away.  In previous games, the devs used stock recordings but for this one they recorded the audio and conversations with a talented crew of actors.  They all sound authentic and do a great job of placing you back in time but the stand out for myself had to be the soundtrack which kicks in about halfway through the experience.  Musical silence pervades the opening moments of the game, but once your planes are spotted, some of the most intense music I have heard in my life starts playing adding a huge sense of urgency and stress to the situation. 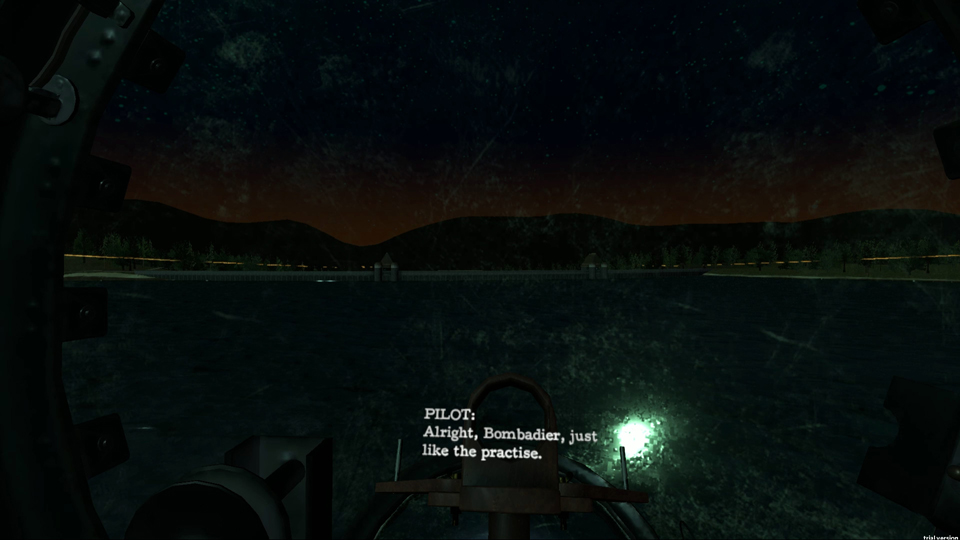 Playing through the game took me around 20 minutes with the cinematic version taking half that time thanks to the better flying and shooting compared to myself.  I found the flying to be really tricky, especially at moments with sharp turns that are damn near impossible to make if you don’t prepare way in advance.  I crashed into the ground or hit tunnels way too much and while this may be a testament to just how difficult the mission was to fly, a little more forgiveness for us civilians could go a long way.  Thankfully, the cinematic experience is just as fun to play through, even if you aren’t actually in control and streamlines the whole mission into one cohesive slice in time.  The added endless modes are appreciated, though do little else except to extend those sections of the game that were challenging to play through, and I found to be to quickly repetitious when played endlessly but do add a little value if you plan on climbing the leaderbaords.

I really dig these historical recreations in VR as there is no better way to experience the past then by being there.  Considering just how much we lose of our histories as we move ever forward, these little slices of key moments in human history always entertain me and make me more curious about their surrounding stories.

What would I pay?  If you have $5 to spare and enjoy historical moments in VR, this is another good one.  Just don’t expect to spend a whole lotta time in the headset.

Immersive VR Education provided The VR Grid with a press code for this title and, regardless of this review, we thank them for that!