I have loved being in the cockpit of a giant mech ever since Mech Warrior 2 released all the way back in 1995 so with VR basically taking over my gaming life, I get excited whenever I get to operate a giant walking death machine.   Archangel, Code 51 & Vox Machinae are just a few of these games with the latest being World of Mechs which offers up not only a single player campaign, but a competitive 4 v 4 experience as well. You play as a rookie pilot in a weird sort of sports type game where you and your mech team compete against other teams in various battles in real-world settings. 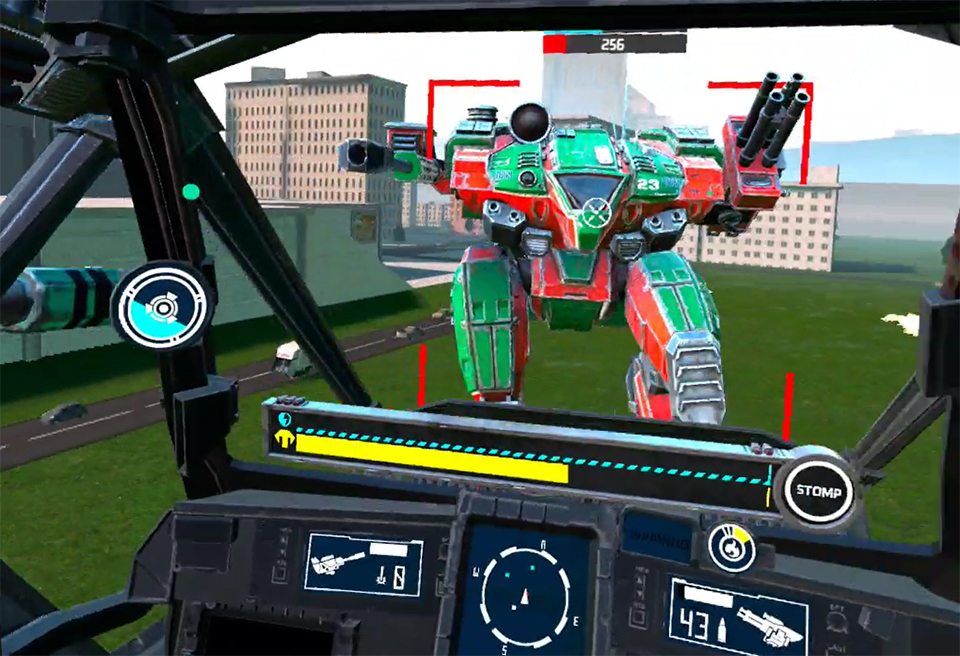 Your mechs are controlled by utilizing standard 1st person controls for the most part with various special attack and ability options assigned to face and thumbstick buttons. An optional tutorial will break down all the individual controls and because you are driving a mech, the only comfort option available is blinders.  The 20-stage campaign has you playing in 1 of 5 stages with each mission mixing up your objectives from simple kill all the enemies, escort missions, control point battles and so on with the 4th mission for every level ending that set with a boss battle where you need to destroy pylons around the map before destroying the ‘big bad’ (or sometimes good) in question.  Each mission can take anywhere from 2 to 7 minutes based upon the objectives given with an overarching story linking it all together as told by some voice work before, after and during each stage.  The multiplayer matches take place in those same stages and have teams of 4 face off against each other in Team Deathmatch, VIP, Domination & Assault with the latter 2 modes having you defend or attack bases in different ways with any empty spaces being filled by bots. Each match, both single & multiplayer, reward the players with loot to be spent on new mechs and upgrades. 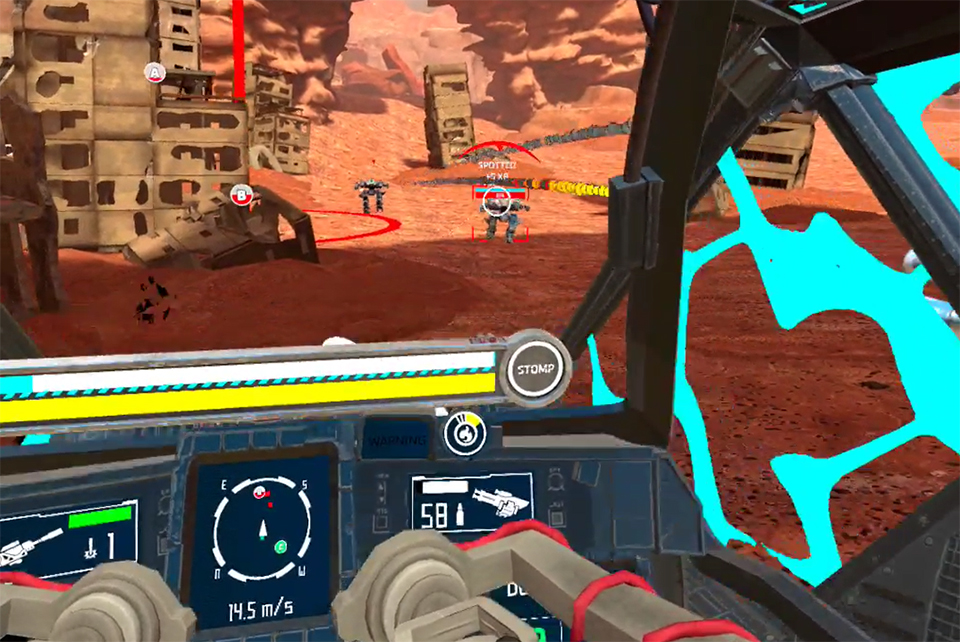 The AI doesn’t offer much of challenge.

There are 8 different classes of mechs to choose from though initially only 1 is available with new models having to be purchased as well as upgrades that further enhance its abilities.  Each mech has specific weapons for its class and those weapons can cause heat build-up that shuts down your weapons so you need to pay attention to your heat meter.  Additionally, you’ll have to contend with shields and hull damage (health) with the catch on those upgrades being that you can only choose 1 out of the 10 main upgrades at one time so depending which mech you choose, you may want to increase your heat resistance, amount of shields, their regeneration rate or whatever you like with each weapon having their own upgrades as well. You can have 4 of each type of mech available so you can have a few pre-set machines to choose from making the unlock and customization options one the best features of the game. 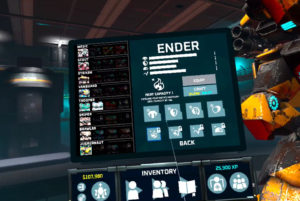 There are lots of customization options.

As you control a 10-ton mech, you’ll be in some massive environments, but as you are also quite large, the arenas you play in can feel smaller than they appear.  The 5 maps cover a variety of settings from a downtown with many towering, non destructible buildings, an arid canyon with golden brown cliff sides, a shipyard complete with aircraft carriers, an arctic tundra base & underground station with all of them looking alright, but given the size of the stages, lack finer details, making many of the textures look flat and bland.  The inside of the mech looks alright with meters and gauges indicating heat, shields and damage as well as the score for your team with the cockpit view letting you see the guns on either side of you.   As the mech lumbers along, it sways back and forth and regardless of any visual shortcomings, it did feel like I was piloting a giant walking killing machine.  Explosions, beacons and some other animations appear to be cell shaded which does make some encounters look a little cartoony but do sort of fit the stripped back art style utilized throughout the game.  It’s not the most visually impressive mech game, even on the Quest 2, but what’s still here does make for a satisfying looking shooter.

As far as the audio goes, there’s some decent 3D audio though the sounds of the mech and battles drown out much of what is happening in the distance with weapons and explosions all sounding as they should.  Some quiet action heavy generic music plays in the background and when playing campaign missions, you’ll be treated to a few actors who relay the story to you via pop-up still images with text while your mech gives you monotone warnings when you are taking damage or overheat making for sound design that gets the job done. 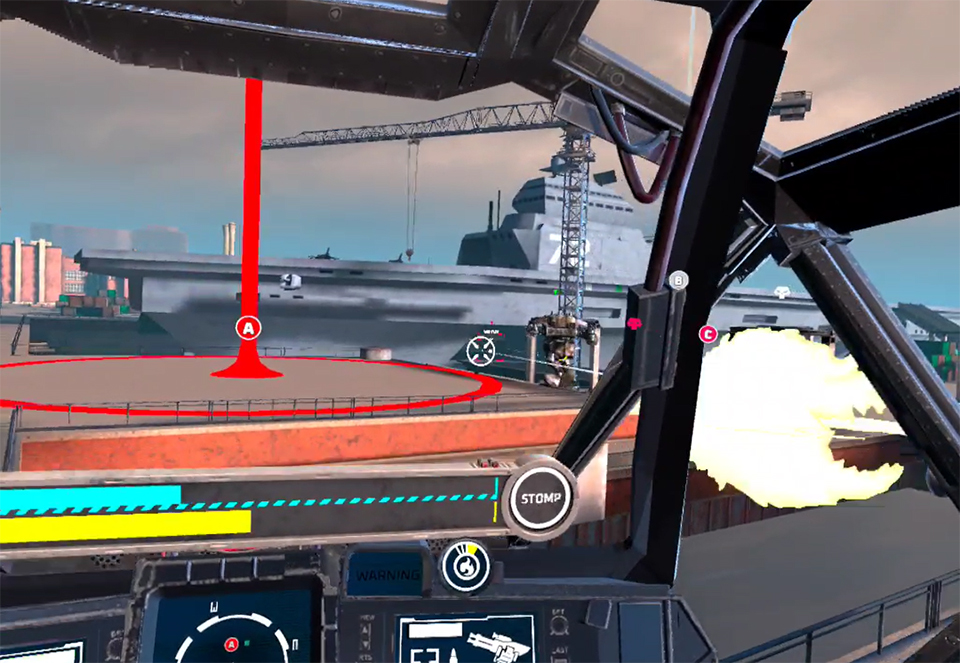 The 4 different mission types are a welcome addition.

I like World of Mechs, I really do but I can’t help but feel like it could be better.  The campaign while having a loose story, really feels tacked on and more like training missions for the multiplayer experience and before I had finished even half the campaign missions, I was bored with their monotony and lack of challenge.  On the flip side, I love that I can customize my mechs and while it will take a fair bit of grinding to unlock all the mechs and upgrades, the option to up my firepower, defences or other abilities really makes each machine feel unique and each battle a little different.  The multiplayer is where this shines, but it still feels undercooked with only 5 maps available and no trackable stats meaning once you finish a round, all you’ll do is collect your loot and play again.  It would be fantastic to see kill counts and streaks after a match and even some type of global leaderboards as another motivating factor to play as at launch, the game does feel rather shallow, even for its budget price.  This is also apparent when compared Vox Machinae, which is a bigger and better game in almost every way thanks to the 16-player multiplayer and much more in-depth campaign.  Pair all that with the ‘just alright’ presentation and I ended up wishing I was committing more time to Vox Machinae than what I was here. 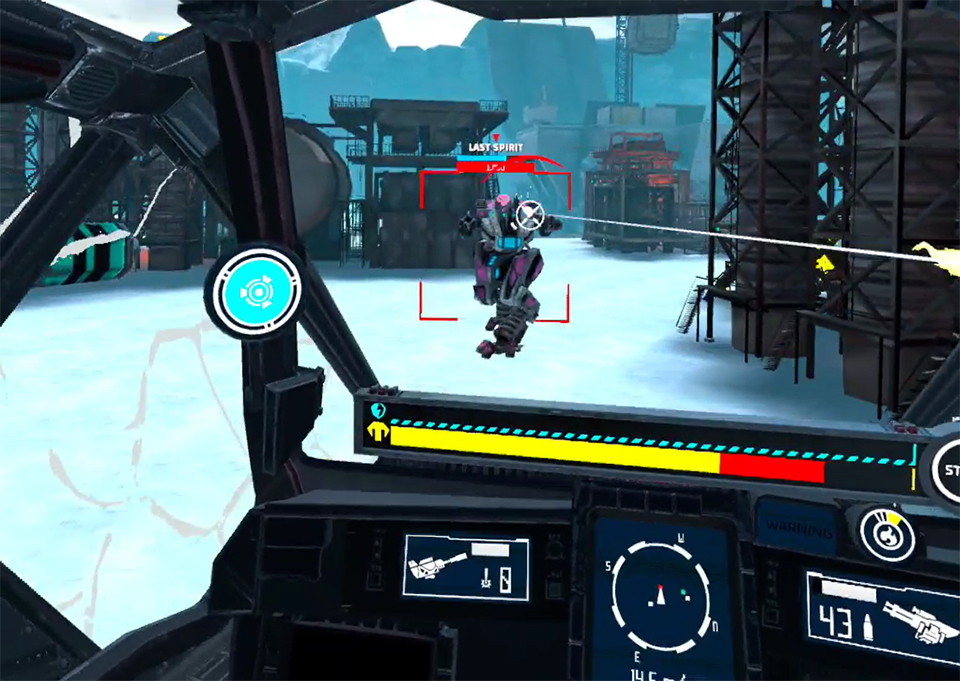 The stages all look dramatically different.

By no means is World of Mechs terrible, it just feels largely like I’ve already been there and done that and in a (mostly) better game that released only a few months ago.  The campaign is largely forgettable leaving the multiplayer to carry the game and I don’t know if there’s enough content available to do so.  The core gameplay is solid, and I think with just a few more stages and stat tracking, this could be a more fulfilling multiplayer experience, but as of launch, I feel like this game just need a little more of everything.

What would I pay?  The $20 price on this isn’t criminal by any stretch and while the campaign is redundant, the multiplayer and customization options are pretty damn fun. There just isn’t enough replay value to warrant extended plays, especially when you consider that Vox Machinae is available for only $10 more and offers a much more satisfying experience on or offline.

Studio 369 provided The VR Grid with a press code for this title and, regardless of this review, we thank them for that!