Music creation games have been around for a long while and as the technology has improved more complex setups are being released to the masses for a low cost and with VR being an all new medium, it’s always interesting to see how these developers create new way to interact with music.  Track Lab is one of those music creation tools, giving people a huge amount of options to create all kinds of music and while this definitely leans toward a more electronic sound, those with a high amount of patience and skill could create a wide variety of jams from a multitude of genres.  For those who are looking for a little ‘game’ in their game, Track Lab contains fair bit of music-based puzzles that will test your acumen and teach you about the games interface.

Believe it or not, this is a song!

You are going to need 2 Move controllers to mess around here and there is a lot to mess around with.  A brief tutorial teaches you the absolute basics with how to move around items and create sounds, but it’s in the Evolver section where the nuances of the game are revealed.  With 48 puzzles in total spread over a few different genre’s there is a fair bit to get through.  Each music type (Exotic, Heavy, relaxed…) contains 8 puzzles to solve with each of those puzzles adding to a complete song.  The first puzzle is very simple and sets up the cadence and by the time you get to the final puzzle you will more often then not be listening a very catchy tune.  Once you feel like your comfortable, you can dive into creation mode and begin to make your own beats.  To say this mode is complicated would be an understatement and while the actual mechanic to make music is simple, just drag and drop, creating something that doesn’t sound like a child bashing a synthesizer is a task unto itself. 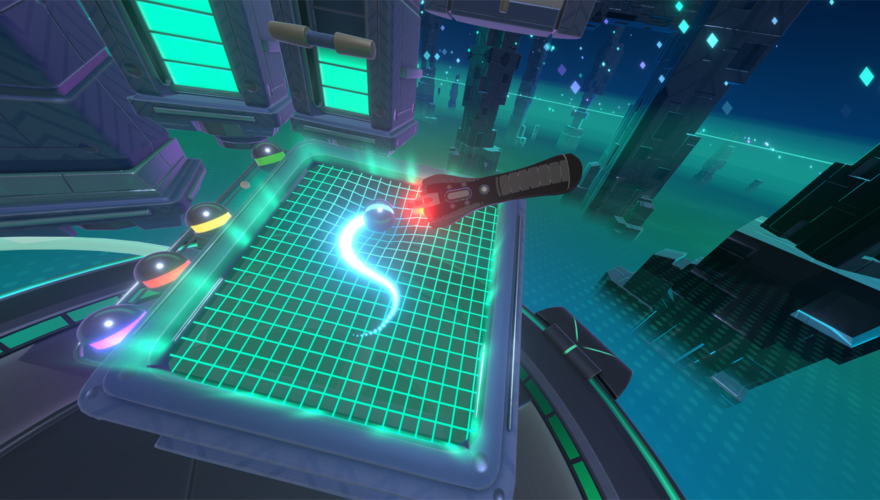 The look of this game is very simple, but very clean with an emphasis clearly on music creation.  Your ‘play’ area is laid out in front of you at eye level with all your tools sitting somewhere around you stomach level.  There are a tonne of sounds to play with and some mixing tables to mess with what you’ve made but man oh man, is that a feat.  The start of your track is a laser blast that travels in a straight line, it’s up to you to direct that bolt though sounds, multipliers and effects effectively creating musical circuit.  Options to speed the beat up or slow it down, adding some light vocals or building a song both forward and backward makes for a very daunting task and, in all honesty, I’m not very good but appreciate what on display nonetheless.

In this regard I feel like the creation side of things may be beyond most people’s skill level and a background in music would probably help greatly.  Thankfully, you can mess around with any of the tracks available in Evolution Mode so for those that are having a hard time starting, you can cheat a little.  Tracks can be saved and edited at anytime, though I couldn’t find an option to share online which feels like a massive oversight, if not just for collaboration sake.  This is a fully realized music creation tool and the inability to share with others makes no sense as there is no licensed music in here to speak of, just notes and sounds. 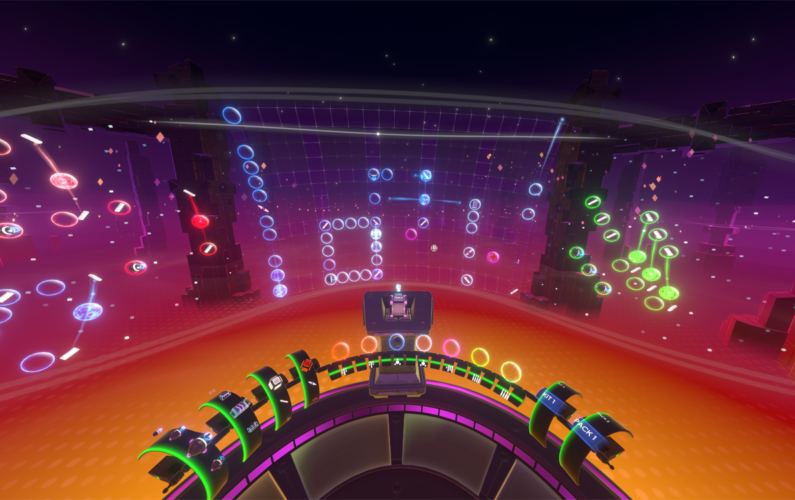 I can’t fathom how long it would take to make this.

I really can’t say too much more about Track Lab.  I really appreciated the puzzle/teaching mechanic, especially the number of puzzles available and while the puzzles aren’t enough to justify a purchase they are still a solid addition for those lacking musical talent.  If you are into creating your own jams, then you could spend hours in here finely tweaking every aspect of a song and with a huge amount of save slots, you could create a whole library of music spanning hours and hours.  For that reason alone, I can’t recommend this enough for those looking make music in VR as there is nothing else quite like it.

What would I pay? This is easily worth the $20 asking price if you have any interest in musical creative expression.  The 48 puzzles offer a lot of challenge and fun, even for people who don’t want to make music, and may justify the purchase for those who are less then musically inclined, but are still curious about making their own songs.