Quar: Infernal Machines is available across multiple headsets under that name of Quar: Battle for Gate 18 and is based upon the ‘This Quar’s War’ tactical tabletop game. Infernal machines seems to take large inspiration from WWI era technology, but take place in the “grimmsical world of Alwyd” and you must battle your way across a varied campaign to dispatch your foes and take Gate 18. 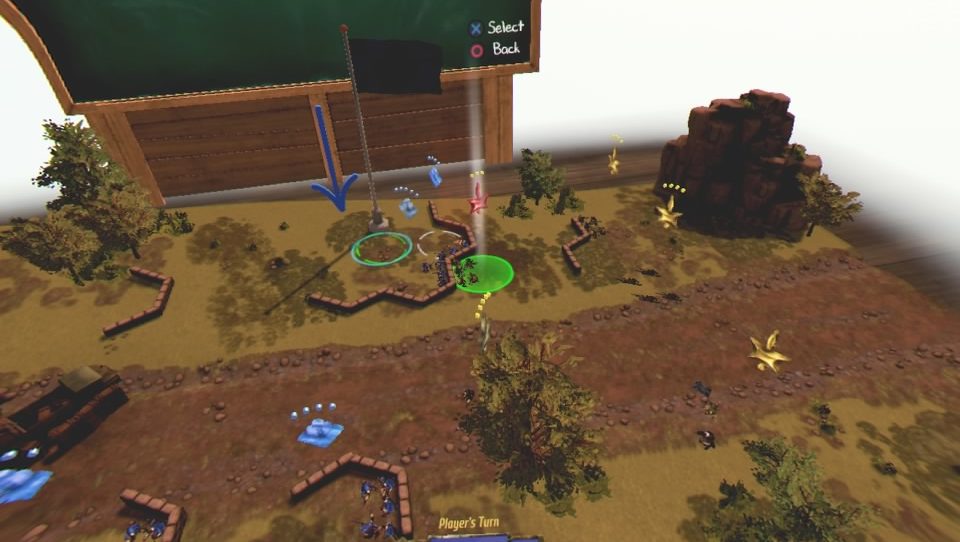 The tabletop action has been adopted to VR wonderfully and with the way everything is laid out, you are going to need a couple of tracked motion controllers to coordinate your attacks.  On the PSVR you can use the DS4 but this controls exactly like it would out of VR, as in not tracked, so it’s best to go with the Moves if you got ’em.  Assuming you are using the tracked controllers, the controls still feel somewhat limited with only a 180 degree turn option and in order to move and face a direction around the map involves convoluted navigation mechanics. For the most part in my play, I chose a point with a great vantage point and tried not to move around the map unless I had to. You will typically be commanding your units from an overhead view, pointing and selecting an action in a turn-based fashion.  Each level in the 13-stage campaign gives you a different scenario and terrain to take advantage of and as you progress through the game you unlock different troop types to make for a more varied defence or assault.  Each squad is allowed its own turn in a round with you and your enemy bouncing back between each squads’ actions until all have been exhausted.  Once you finish that squad’s movements and actions, you can no longer interact with that squad until every other squad has had their turn.  This kind of gameplay puts a very heavy emphasis on strategy as a wrong move could spell doom for that squad.   The campaign places you in differing scenarios, sometimes just a straight up attack on defending troops, but other times you may have to defend from encroaching enemies, capture certain points and a few other specific objectives.  Different troop types offer a variety of attack and buff options, so it is best to try them all out and see how they work together.  Should you want to take a closer look at the action, you can pick any point on the battlefield and teleport to it, shrinking yourself down to the same size as your troops giving you an up close and personal view of the action.  The main menu is a live view of your home base with troops doing troopy things along with upgrades and new building unlocks popping up so as you progress through the story, your base grows. 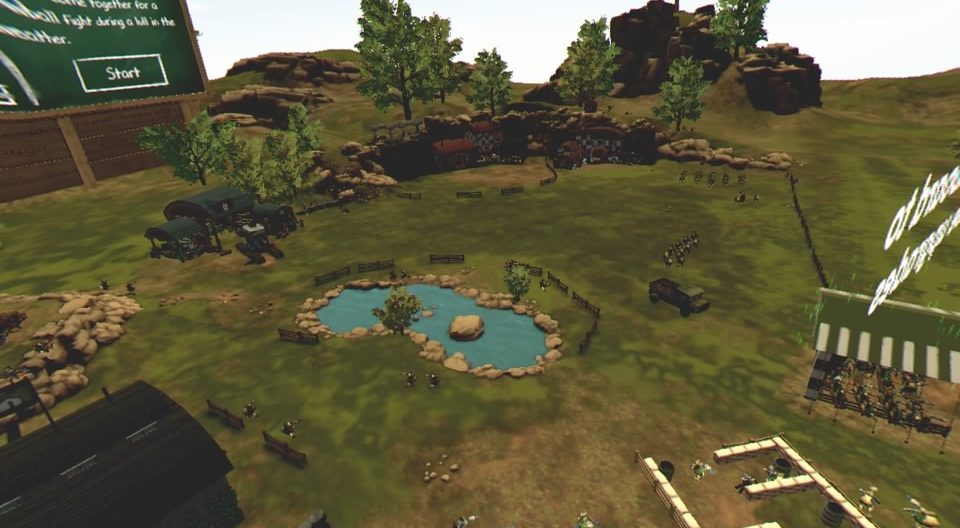 The home base is always bustling with activity

The developers of this game have decided to keep the tabletop roots at the forefront of the visuals as the stages seem to take place in a room with a hardwood floor that fades out into a skyline.  The actual play area is a fully realized and active ‘piece’ of a larger area with the edges of the play area cut off…resembling a table.  These areas are brought to life by the trees blowing in the breeze or planes flying around overhead and very realistic looking terrain.  The attention to detail is quite nice and breathes life into what is traditionally a slower-paced experience.  Moving in for a closer look places you on the battlefield where you can check out the units though they don’t carry a ton of detail when you are right beside them, but by no means look awful.  It’s fun to watch your soldiers in action, assaulting the enemy or lying prone so they can take less damage and bringing the environment to a life size scale is a nice feature that compliments the table-top action.  Even your home base is bustling with activity with your soldiers performing training tasks or taking it easy and watching a short film.  It’s worth mentioning that on the PSVR version, everything appears to be a bit darker and there is a noticeable increase in jaggies with decreased texture detail,  making for a slightly less appealing visual look, though this doesn’t interfere with the gameplay.

The sound compliments the action perfectly with units responding to your commands and all the other sound effects matching the action nicely.  Keeping with the World War theme, the music is loaded with drums, trumpets and flutes making the game feel very much like a classic war experience and the presentation overall is solid and very enjoyable.  During the campaign letters from a child to a soldier are narrated and go a long way in adding some extra weight to the missions.  Those letters are read aloud with scrolling text in the background, but on the lengthier letters, the text scrolled to fast for the audio, making it impossible to follow along with both at the same time and on the PSVR, the audio in this section was extremely subdued and I was forced to turn my headphones way up.. 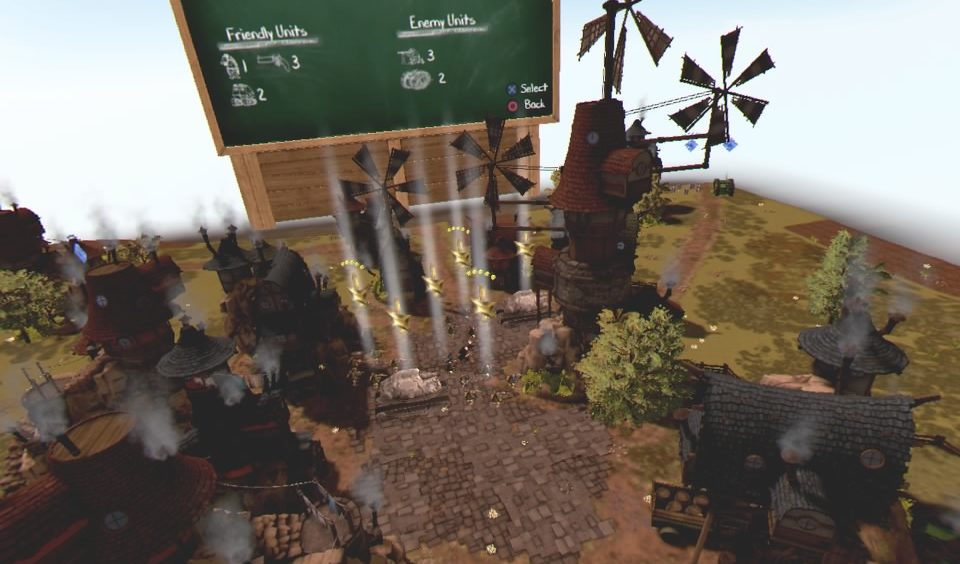 I enjoyed the defense based missions

Having never played the table-top this is based on, I can’t say on how accurate this game is to that experience but as a fan of the Warhammer 40k series, this was a great throwback to my teenage years.  The turn-based action can feel a little sluggish at times, but it adds a lot to making a solid strategy and as the campaign ramps up in difficulty, you are going to need a plan.  Each stage completed rewards you with Victory points, which are needed to upgrade your base and troops and as the game’s challenge does ramp up, it’s best to get those points when you can, or you may have to replay missions if you need them.  Perhaps the largest issue to bring up would be the lack of multiplayer, which does feel missed.  It would have been great fun to play this against human opponents but even with that omission, you can still expect to take at least 7 or 8 hours to get through.  There is also no skirmish mode either so once you beat the game, there really isn’t any reason to come back except to play through the same missions again.  The information about troop details and upgrades is also lacking as the upgrade section doesn’t immediately explain which troop you are upgrading unless you take a closer look at the building.  I just ended up upgrading whatever I could afford to a pressed on without issue, but it does seem like an oversight to not give detailed stats on the troops. There is also no difficulty options, leaving you to just sit back and enjoy what the devs decided was the best way to play their game.

Quar: Infernal Machines is a solid representation of a turn-based miniature wargames tabletop and fans of Dungeon and Dragons, Warhammer or any of other tabletop games should greatly enjoy this.  It is limited to the linear story and even though there aren’t skirmish or online options, I enjoyed the lengthy single-player campaign and by the time I reached the end of the game, I was more then satisfied with the depth of content.  If you love Turn-based strategy games, then Quar, despite its issues, is a fantastic addition to this tried and true genre. 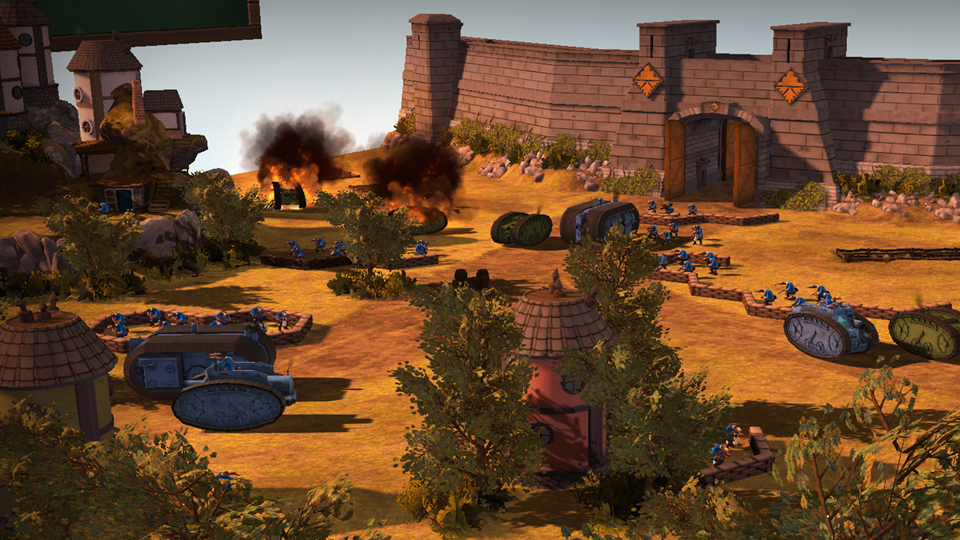 Each stage offers up it’s own unique variables.

What would I pay? On PlayStation this is more then double the steam price and, in all honesty, it’s still worth the $25 asking price.  Nabbing this for $10 on the steam side is clearly the better deal but no matter which headset you get it on, if you are a fan of turn-based strategy, this is worth either asking price.

Funbox Media provided The VR Grid with a PSVR press code for this title and, regardless of this review, we thank them for that!