I loves me some boxing in VR.  Whether it’s the more arcade-style games like Knockout League or Creed rise to glory or even the rhythm-based ones such as FitXR, punching ANYTHING is one of the most satisfying things you can do in a headset.  Thrill of the Fight has been around almost since the dawn of the current VR revolution on the PC side of things with a Quest release arriving in late 2019 and while it has always been on my radar, I never really took it seriously as a true boxing sim given the small development team behind it and lower price and now that I’ve played it, I regret not playing this game much, much sooner. 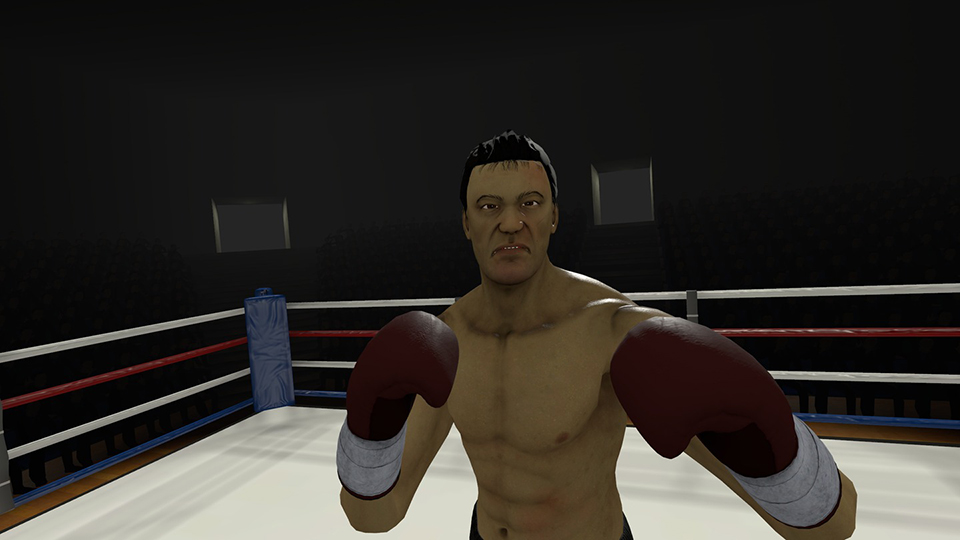 Watch out for this dudes reach!

Thrill of the Fight looks to be the truest simulation of the sport, especially on the Quest side of things as, if you have the space, you can set up the full size of the ring, allowing the full in-ring effect.  Should you not have that space available, the game adjusts itself accordingly with your opponent always staying within your tracking range.  There are no movement options in the game save for how you move around in the real-world so the larger your play area, the more realistic and frankly better experience you’ll have.  Everything in this game is handled by your fists, including menu navigation which can actually be a tad tricky if you are trying to adjust slider bars but for the most works great.  There are a few modes to choose from with the star attraction being the campaign which is little more than facing tougher and tougher opponents as you go from your local gym to a fight for the Heavy Weight championship in a large arena.  Each foe offers his own unique challenges whether it’s the ability to withstand damage, quicker attacks or reach.  Initially you can only fight on 2 difficulties, easy or normal, though as you complete the hardest difficulty available, the next one unlocks as well as the ability to customize the bouts including changing the times for each round and break as well as additional modifiers to your opponent’s toughness and abilities.  With 9 fighters to get through there is plenty of reason to return with bonus matches having you facing off against a zombie, ghost and headless boxer; each forcing you to hone a select skill likes like staying busy, counter-punching and body shots. 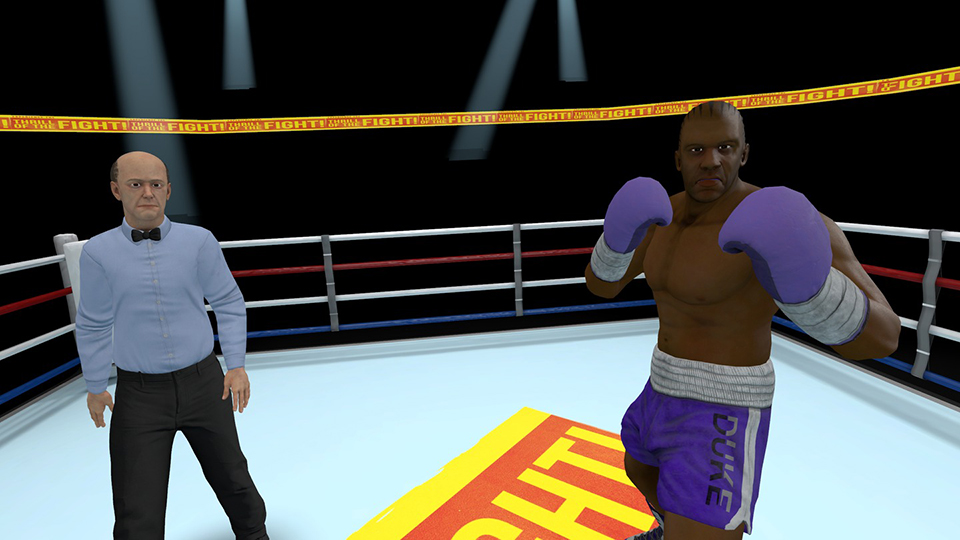 The bigger your play space, the more sim this gets.

The Quest version and the PC version are graphically comparable with the PC leading that race thanks to the horsepower backing it.  That said, the Quest version is no slouch sacrificing little in the way of textures and fidelity in the models but losing a fair bit in regard to the backgrounds…specifically in the amount of NPC’s present.  It’s clear the focus in here was the emulation of the boxing experience to it’s fullest and while the Quest version does feature way less crowd members and some dialed back details on the boxers as well removing your in-game shorts, the visual more than do the job on the standalone headset with the room scale option allowing for the entire ring to be played in, which is awesome.  As you pummel your foes they’ll bruise and show damage which is satisfying as the second I saw a cut over an opponent’s eye, I knew I was kicking ass.  You’ll play in a few different settings from a small gym all the way up to a full-size arena and while those backgrounds never really impress, once the fight gets started the only thing you’ll be focused on is the guy in front of you trying to knock your head off so their lacking quality almost becomes irrelevant.  Some of the fighters you face are larger than you with ‘The Spider’ really hammering home the importance of arm reach as it was challenging to get in close as he tried to keep back.  Your coach is in your corner and the ref shows up at the beginning and end of every match as well as in between rounds though disappears once the fight begins.

Keeping in theme with the realism is a game is the realistic sound design so what is here is minimal, but effective.  An opening light rock track in the menu is the only music I recall hearing with the game relying on the sounds of the crowd and the combat to entertain you.  Those effects are key in determining the effectiveness of the hit with harder blows sounding a little more impactful and when your opponents grunt in pain, you know the damage against him is starting to take it’s toll.  When you take a big hit, you’ll hear it with an audible ‘oof’ and subsequent hits cause your screen to go black & white on the Quest and blur on the PC side and of course, when you take too many, you’ll be knocked out with a 10-count ringing in your ears. 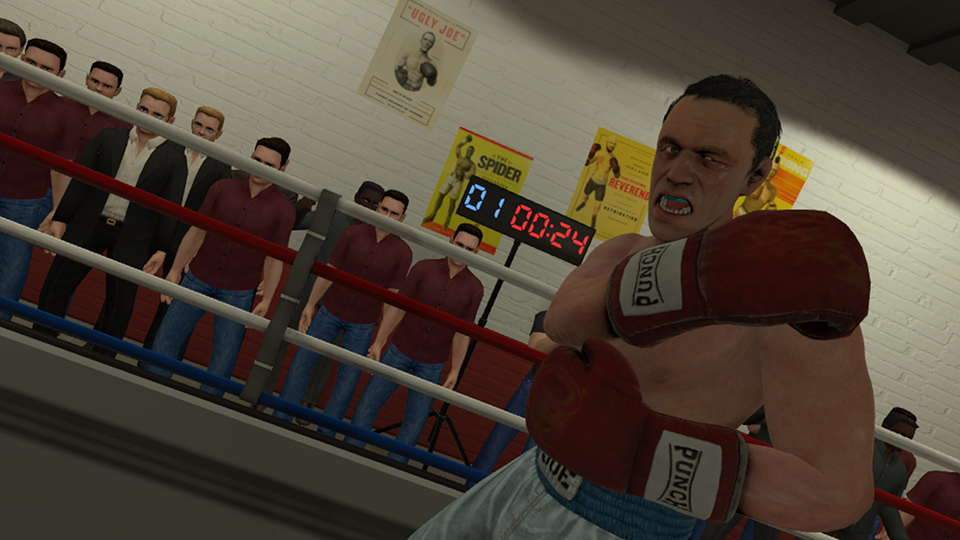 Don’t mind those clones in the background.

I really, really love this game.  The simulation gameplay emulates the real-world sport quite nicely.  There are no stamina meters to worry about or any other kinds of game type mechanics to get in the way of the experience.  I’m not trying to attack other boxing titles for this as the ones I mentioned still offer some of the most fun you can have in a headset, but with Thrill of the Fight relying solely on your skills and cardio to succeed, it’s one of the most intense and fun workouts you can do.  As a guy with no boxing skills, I struggled to find the right balance between blocking and striking and even just finding my range.  Every time I got clipped felt like my own fault and soon enough, I was changing up my tactics to more proper combo’s and movement.  If you don’t have a play area large enough to simulate an actual ring, a red square will be at your feet indicating just how far you can move with the AI always staying within that area as well.  Beyond the fights, there isn’t much else here besides just fighting the same fighters but for myself, that’s more than enough as just 15 minutes in this game is enough to exhaust anyone as I gassed myself out on more than few occasions to a point where I couldn’t even throw a proper jab…and that felt great! 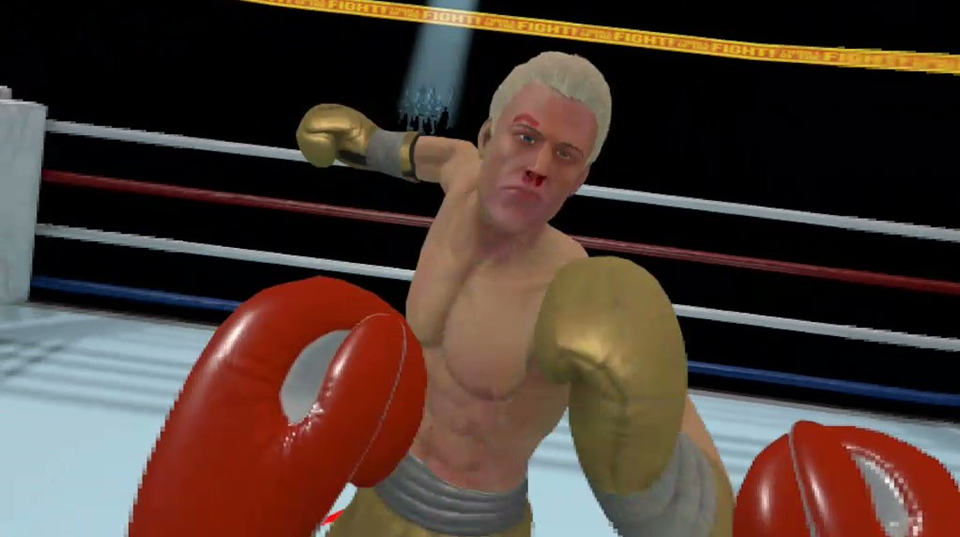 Thrill of the Fight is an apt title as the fights in this are quite thrilling.  Every time I knocked out my opponent was sooo satisfying and ramping up that challenge only adds to the satisfaction from that victory.  This is the kind of real-life simulation experience that VR was made for and is easily the most physical game I have ever played in a headset.  Just a few rounds on a difficult opponent feels like a more satisfying workout than anything I have played before and the fact those efforts accompany a fantastic boxing game makes this one of the best titles I have ever enjoyed in VR

What would i pay?  This is a paltry $10 and easily worth the asking price   Even if you only play through the campaign it’s worth it but if you decide you want to hone those pugilistic skills, then The Thrill of the Fight offer endless replay factor.  A MUST BUY