Time to give the puzzle solving side of your brain a workout with Profundum.  You play as an unnamed character, investigating an underground complex loaded with mystery and environmental puzzles that will test you.  As you solve each puzzle, new revelations about past events in the complex shed light upon what exactly happened in this bizarre series of rooms. 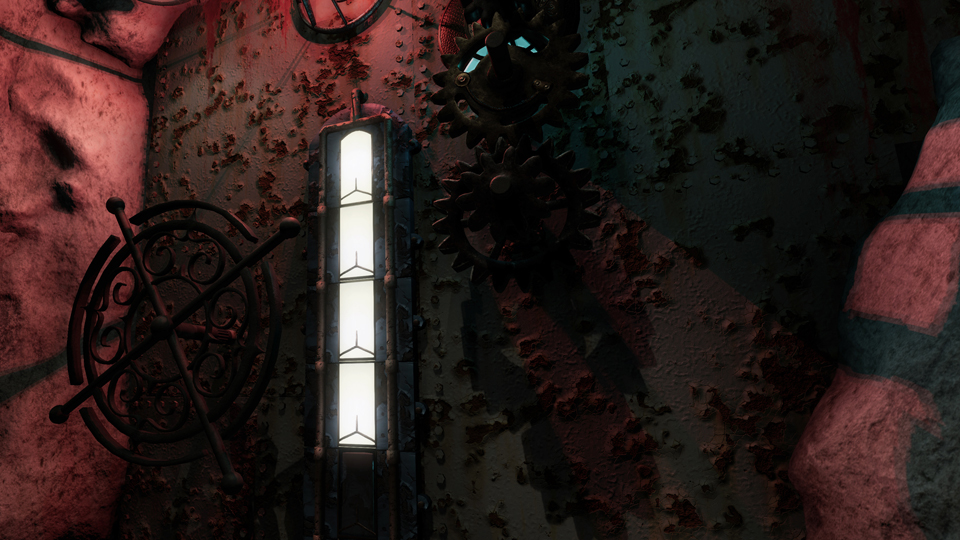 You’ll be messing with a llot of gears in this game.

With 2 tracked controllers you can customize the game’s controls to utilize smooth locomotion or teleportation as well as a few other options with 1 notable exception being that there appears to be no option for smooth turning forcing players to utilize room scale tracking or click turning, the latter of which felt quite cumbersome.  Profudum is broken up into 13 separate stages each slightly more complicated then the last with new mechanics being introduced often, culminating a rather complex puzzle utilizing many of the mechanics learned throughout the campaign.  The rooms you are in are typically small and the early puzzles involve you placing gears on mechanisms that require you to turn a wheel crank to provide power to the elevator to get to the next room.  Soon enough you’ll have chains connecting gear systems that surround you, puzzles that have you directing steam, navigating a maze, completing circuits and a few more surprises that are worth discovering on your own.  The final 3 stages dramatically change the pace and scope of the game and when combined with the story, which is told through diary notes from a scientist that was here before you, makes for a surreal and mind-bending journey.  Once you find a note, it is added to your notebook which can be accessed by grabbing it from your belt

Profundum touts itself as taking place in a Steam Punk world though this really isn’t to apparent until the final stages of the game.  Each stage is small though the attention to detail is quite high with everything you can interact with having an immaculate amount of detail.  Anything you can touch has proper physics and while they might feel weightless in your hands, when you toss them or bang them against something, they react appropriately.  Lighting effects and textures are top quality giving a wonderful sense of realism and immersion.  Counter to that immersion is your hands, which are holding Oculus Rift controllers in game if they aren’t holding any items which such seems unnecessary for anyone not brand new to VR. 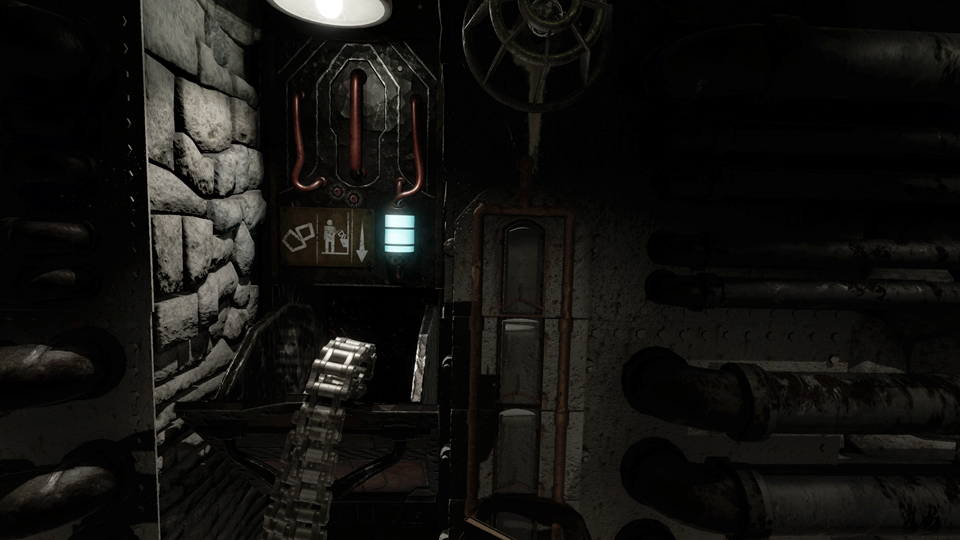 The creepy and unsettling atmosphere is amplified by the silence that pervades the games as the only sounds you’ll hear will be whatever is nearby making noises.  As such, much of the game is rather quiet save what almost sounds like groans in the distance, nearby machines sputtering to life or the echoes of whatever you drop or bang in the room.  Notes when held, are read aloud by the writer who is voiced quite well by a man with enough gravitas to sell you on the facilities histories.  Unfortunately, should you let got of a note that narration stops and restarts if you pick it up again and the font used can be small making them difficult to read.

Nothing in here is busted or broken but odd choices pepper this game that do take away from it.  You are introduced to a lighter at your side early on and while it does shed a little light on the world around you, it’s basically unneeded during the campaign.  Placing chains around gears can be incredibly cumbersome and while the physics in here are impressive and realistic, whenever I had to place a chain to solve a puzzle, I winced a little.  Speaking of chains, some rooms start you off with busted chains that need to be dumped into a ‘fixit’ bin whereupon they respawn in the room now fixed.  It’s a pointless mechanic that just seems designed to waste time as there is no reason for the chains to be broken except to justify those bins being in the game.  A few stages have stairs which teleport you down each ste[ making for a few incredibly jarring sections as you micro teleport down a flight of stairs.  All of those issues are minor when compared the clever puzzles and the challenge in said puzzles relies less upon mental acumen and more upon trial and error meaning that even those who might not be the best at puzzlers should still be able to get through the campaign in less then a couple hours. 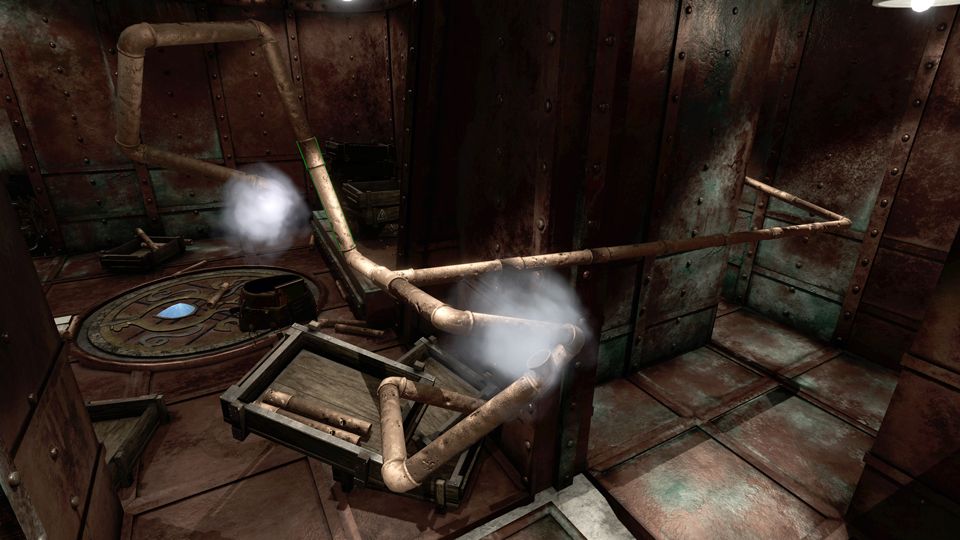 Mario taught me to be a plumber!

I enjoyed Profudum and found the puzzles to be very intuitive and they almost never overstayed their welcome.  In fact, some mechanics are only used once and never show up again and I honestly would have enjoyed the game more if a few more stages were added in.  The story starts off mysterious and just gets weird in a good way and while it is a little bare bone, I enjoyed each new little tidbit of information and it leads up the bizarre finale quite nicely.  When it’s all said and done, Profundum might make a few missteps, but still delivers a top-quality environmental puzzler with impressive presentation and an intriguing narrative.

What would I pay? The regular price on this is $20 US which I would say is bang on for a title like this.  It’s a solid puzzler in the vein of Red Matter or The Gallery and if you’re in the mood to flex your brain, this will do that nicely.

Black Mouse provided The VR Grid with a press code for this title and, regardless of this review, we thank them for that!