Nano Shift VR is an adventure puzzle game with escape-room elements. This game lacks content, polish, and a decent narrative, but the puzzles present offer a nice challenge. The player starts out in a mysterious unnamed house and must solve puzzles embedded in mysterious objects in order to progress through a sequence of rooms. They must search every corner to find crucial objects or any revealing hints. 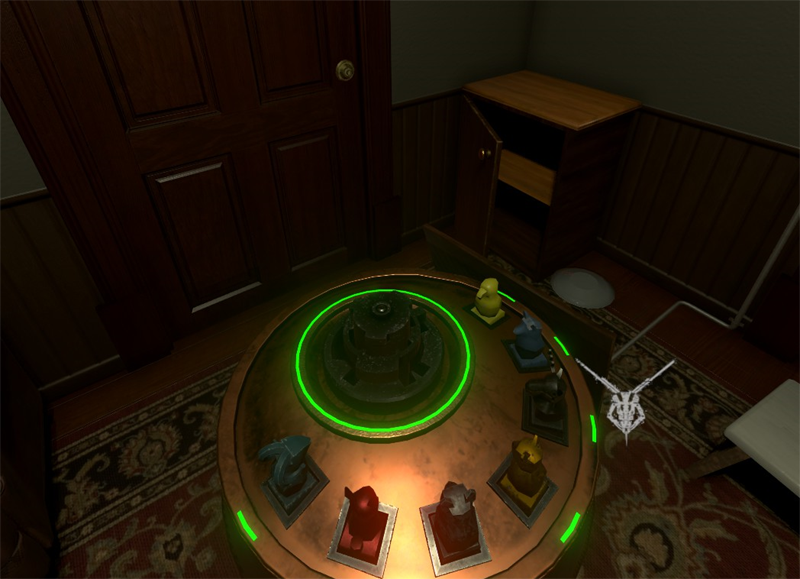 The puzzles themselves fluctuate in quality and difficulty. Some, such as turning a crank and sticking a latch in it, are so obvious that I’d be hard-pressed to even call them “puzzles.” There are, however, numerous puzzles that resemble classic mini-games. These involve matching tiles by color and their symbols, with different rules in each puzzle. These are usually very challenging and make me nostalgic over similar simplistic in-browser puzzle games. Some other puzzles involve seeking objects to match in their respective slots, but these feel like blind easter egg hunts that require you tear apart the room you’re in to find items. There are also seemingly-collectible items that appear in each room, though to my knowledge, they serve no gameplay purpose.

The game’s environment has decently interactive items, featuring a well-designed backpack system that the player can use to carry unique items. However, interactivity generally feels limited. When stepping outside of an arbitrarily set boundary within any room (while still being in the room itself), items stop being interactive. This reflects on a negligence to program entire rooms, under the assumption that players won’t be exploring much. The environments themselves aren’t very well designed, almost all of them being generic four-sided rooms with wooden walls. With the exception of the game’s very last level, the environments in Nano Shift VR never change.

This lack of professional polish is also evident in the game’s outdated graphics and bland visual design, which feels like any generic indie puzzle game. At least the game’s user interface is solid, with all the graphics and calibration options you could want, in a separate environment that serves as the main menu.

Hidden throughout each level are notes with detailed messages. There’s a computer terminal at one point in the game, through which you can read an email log. While reading these felt interesting, they never connected into a cohesive story, and didn’t do much to explain the game’s contexts or the protagonist’s goal. This is a shame, since these messages are the only source of Nano Shift VR’s story. This is extremely problematic, seeing as the game is very clearly intended to be a story-driven adventure. 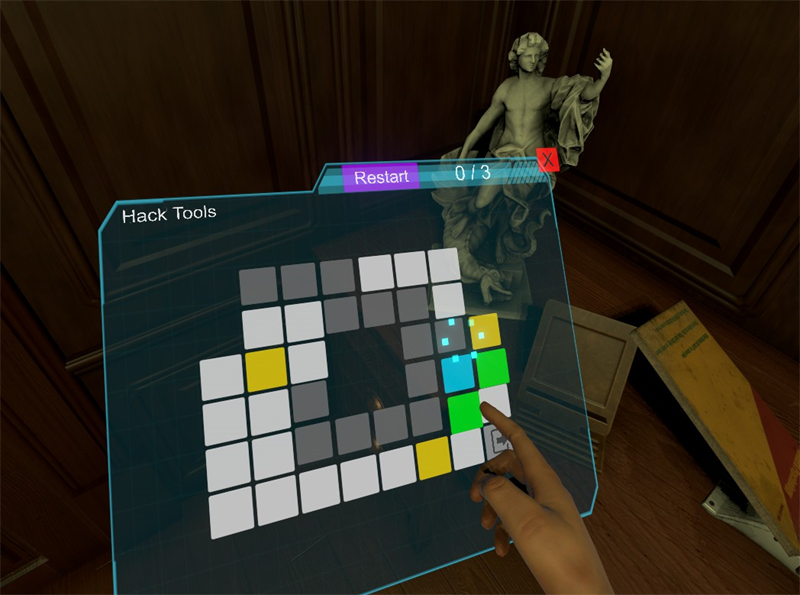 Based on all the information in-game, you learn absolutely nothing about the protagonist, the context, your incentives, or the house you’re in. It doesn’t help that the story detailed on Nano Shift VR’s Steam page gives you a much deeper understanding the story than the game itself provides. The story listed on Steam sounds interesting but bares no resemblance or connection to a single occurrence in the game. For an adventure-puzzle game such as Nano Shift VR, such an absence of story renders it incredibly boring at times.

Nano Shift VR is far too short to yield a satisfying experience. My first playthrough took an hour and a half, though this was mainly because I spent half an hour on the final puzzle. My second time playing, knowing all the solutions (but not even speeding through), only took 25 minutes. The game then ends abruptly without any explanation or satisfying conclusion. Adding insult to injury, rather than having any interesting ending, this game concludes itself up with a screen reading: “You Rock! Thanks for Playing!” Nano Shift VR was clearly built around a story that is entirely nonexistent, and its lack of depth or breadth only brings it down further.

What would I pay for it?  Decently challenging at times, but lacking in length and polish, I’d pay $5 for Nano Shift VR. I don’t regret the experience, and at moments, even felt immersed. However, it feels like a watered-down version of the countless generic escape-room titles on Steam, doing little to separate itself from the crowd. For approximately one hour of painfully average content, I would not recommend Nano Shift VR for its asking price of $15.

Egg Roll Digital Studios provided The VR Grid with a review code for this title and, regardless of this review, we thank them for that!