What do you get when you mix up the Exorcist, Japanese Legend and a Wave Shooter?  You get The Walker, a small shooter that has you playing as the last known descendant of the ancient Fangxiang family who apparently protected the Earth from Demons and other terrors that try and reek havoc on our poor planet.  Armed with both weapons and magic, it is your job to go fourth and vanquish these demons from existence and carry on your family’s legacy. 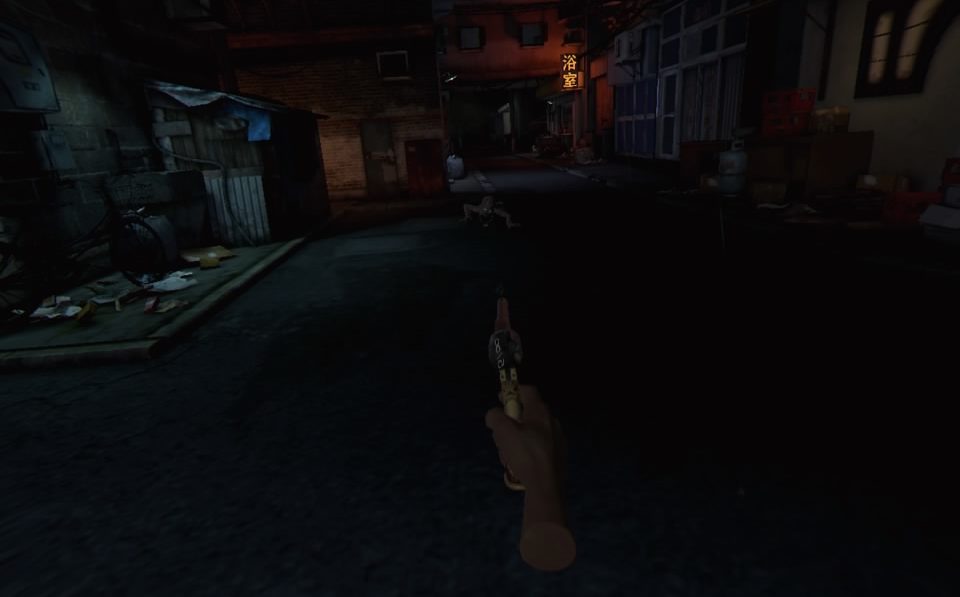 Shoot stuff that walks slowly toward you.

Like many games supporting DS4 and Moves, if you have the choice, stick with the Move controllers.  Controlling like a typical wave shooter, you simply aim and pull the trigger.  With your guns you are afforded a dot sight so when you see that little white dot on an enemy’s head, fire away.  Sword play is of the more basic variety with you switching weapons with the press of a button and then swinging wildly at vital points on the enemy when they get a little to close.  As your progress through the 5-stage campaign you unlock some magical abilities that allow you imbue your weapons with temporary buffs (freeze or electricity) which will further damage your foes and slow them down a bit as well.  To activate that magic you summon a little magical card, grab it and place it on the weapon whereupon that weapon absorbs the magic.  DS4 opts for head tracking to aim and you can fire from the hip for the most inaccurate shots ever seen in any game or bring the pistol to the center of your vision for waaaaay more precise shots.  Also, because your sword is mapped to a button, you swing a lot slower making the sword a very poor choice, even when the enemies are right in your face.  Like I said, stick with the moves.

The Walker doesn’t look that great.  Models look alright though the 2 or 3 you see in the opening level just repeat themselves throughout the rest of the game though 1 of the little undead Gollum/Dhalsim guys turns red later on….oooooooo.  The 5 stages are typically bathed in darkness with enemies coming around corners just as often as they pop in out of nowhere though they all make noise so if you hear one, it’s nearby.  The subway station was probably the best of the maps as the moving trains added a cool sense of immersion.  All in all, nothing in here stood out as anything more then adequate and when you combine that with the stock gun play, this gets forgettable fast.

This is originally a Japanese(?) game and while the text has been converted to English, the voice work has not so any story advancements are delivered to you with sub titles.  It’s also really hard to tell where enemies are coming from as they sound like they are all around you.  It was cool to hear the insanely slow arrows cruise past your head, but other then that, there is nothing memorable on the audio side of things. 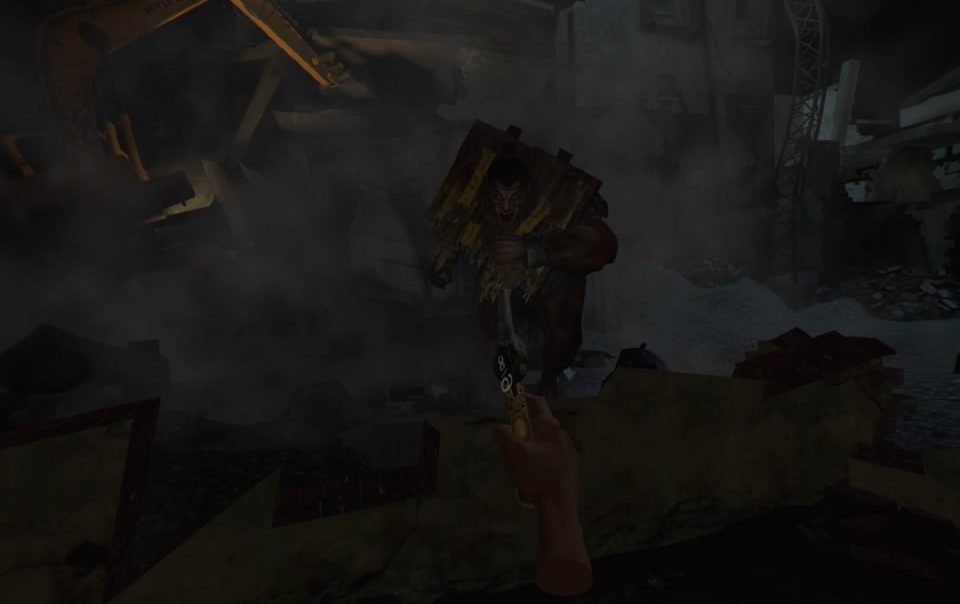 The bigger they are, the more bullets they take to the face!!!

As you play through the campaign you unlock new difficulties and weapons that let you play the same campaign on a harder difficulty.  To fully beat the game, you need to play through all 5 missions 3 times as they get subsequently harder.  The story is lacking to say the least.  While the opening moments of the game reveal your demon fighting heritage, the only thing tying the 1st stage to the last is your mission to hunt down the demon that got away in the first stage.  You unlock some magic and the subway scene feature a ‘protect the girl’ mode that mixed up the gameplay slightly but all you really do here is shoot at demons and then shoot at them some more.  If there is supposed to be a story here, it seems like after the 1st stage the devs forgot to include it in the rest of the game.

The sword-play is comical as with the Moves it’s a total waggle fest and with the DS4 it’s to slow to be functional and I only used it during the boss battle on the subway stage.  You get new weapons for the new difficulty levels but as those weapons are stronger it minimizes the slight hike in difficulty making each playthrough feel the exact same as the last.  The magic is a cool feature but once again I only needed it for 2 fights in the game as the pinpoint accuracy of the gun made short work of the enemies.  The first pistol you get requires a flick of the wrist to reload which got a little uncomfortable after awhile and a button to do the same thing would be appreciated, it’s not like just flicking your wrist to reload is that immersive anyways. 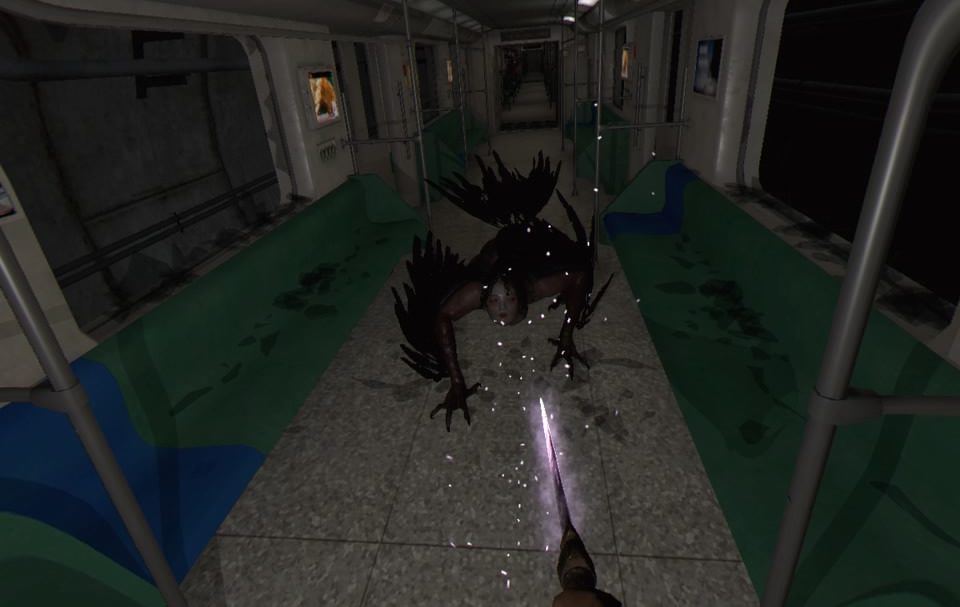 The Walker is basically just another wave-shooter and very little else.  The gunplay is solid, if not way to easy, and the harder difficulties do offer slightly more challenge, but I think most us should be able to breeze through the entirety of the campaign in one sitting…assuming you don’t get sick of playing the same levels over and over again.  If you aren’t totally sick of wave-shooters yet, this feels like another generic one tossed into that ever-expanding pile of mediocrity.  It works but I can’t help but feel like I’ve played this already as it brings very little to this very crowded genre.

What would I pay?  $10 seems way more appropriate here.  The bulk of the game, while serviceable, relies way too much on replaying the same stages and by the end of my 1st playthrough I was bored and plaything through again, and then again just seemed like a poor use of my time.