We have no shortage of VR horror titles with very few delivering the combination of gameplay and visuals to truly offer a terrifying and immersive experience.  No Way Out would seem to be the hopeful start of a new franchise taking place in The Dead Realm, where horrors lurk in every shadow and danger around every corner.  It’s up to you to escape from a haunted mansion, rife with a horrid past and caught between Earth and the beyond. 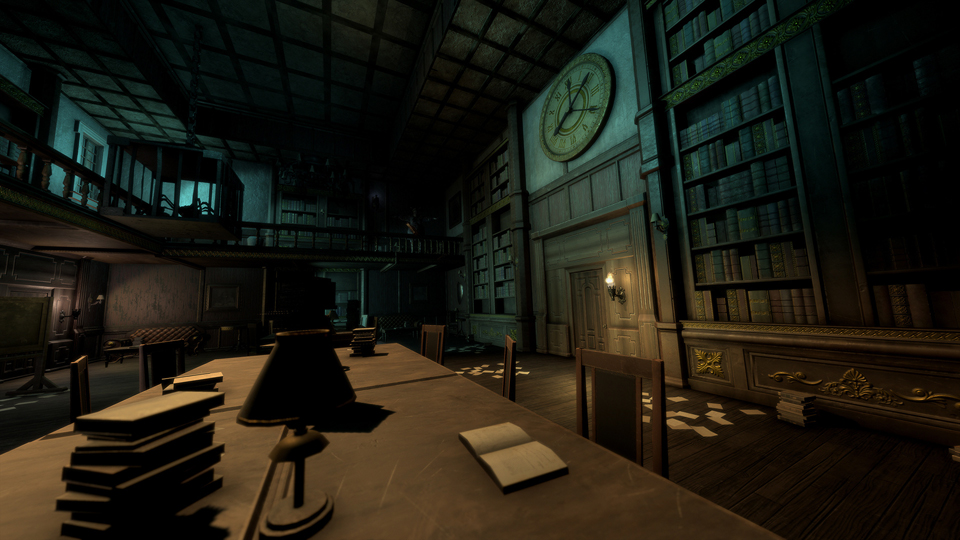 The mansion is large and creepy.

A DS4 controller is your only option here as interactions with the world around you are handled by looking and pressing X.  Comfort settings are available though there is no smooth turn option but seeing as how your hands aren’t tracked, you can make full use of the 360 headset tracking for those looking for a more immersive experience.  Wandering the house, you are aided by a notebook which lists your next objective and contains pieces of a map to the house which also marks your location and next object on there as well.  There are 2 speeds you can move at; insanely slow and tolerably slow which wouldn’t be so bad save for the other major mechanic in this game, which is torchlight.  Without spoiling too much, you travel between the real world and the dead realm and while on the other side, you need to keep your torch lit, or be mauled by the creatures that stalk the halls.  The game is fairly linear with torches lighting your way through the dead realm and once you re-ignite your torch, the one on the wall dies, forcing you to constantly move forward.  Take too long to get to the next torch and you are bathed in darkness mere moments before one of the deadly creatures roaming the halls kills you, placing you back at your last checkpoint.  Throughout the game you will encounter puzzles that don’t offer too much challenge, but never repeat which I always like in my puzzlers, and a bulk of this game is really just walking to your next objective while the game tries to scare you on your way. 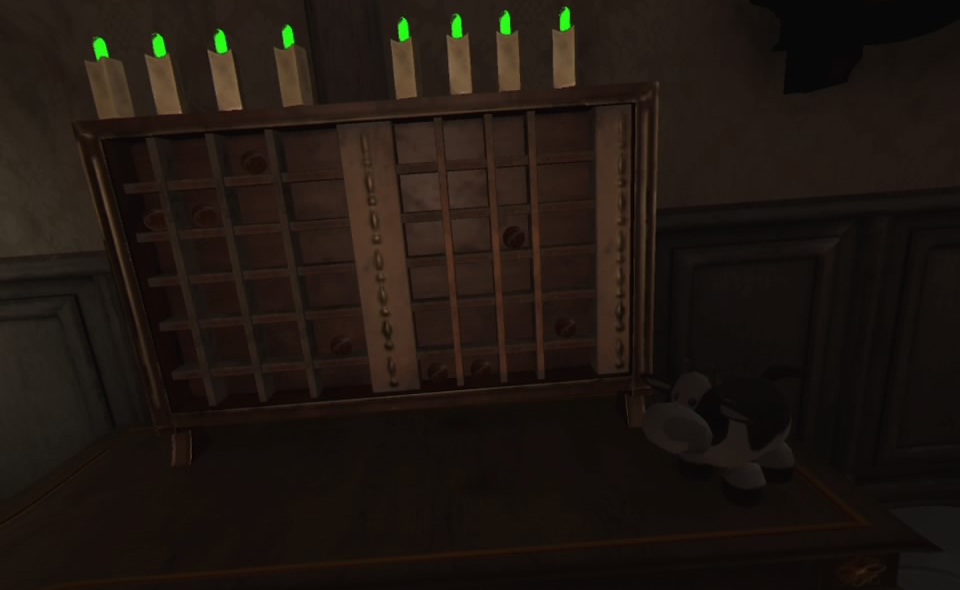 The puzzles offer their own unique challenges

No Way Out has a surprising level of quality to it’s visuals that initially impressed me.  It didn’t too long for that to wear off as character models look very dated and much of the environments you visit lack much of the detail at the games onset.  As the games major mechanic is darkness and spooks, the lighting effects in here are well done and add a great sense of terror as you walk through this creepy mansion.  Jump scares are in large supply and no matter where I walked, I was assaulted by the groans of the house or the monsters as well all manor of items being flung my way in an attempt to keep me on my toes.  I don’t mind the occasional jump scare, but No Way Out dips into that well a few too many times through the less then 2 hour campaign, minimizing the effect of these scares way sooner then later.  Late game encounters spice up the action and while I wasn’t blown away by the visuals, for the most part I thought they did the job.

As with any jump scare filled game, sound effects are in full effect as pictures fly off walls or doors rattle as if something is behind them.  The creatures that stalk the halls making guttural noises, though speak English and constantly mock you with just how they are going to get you and remind you that your light is limited supply.  Once again though, the game doesn’t know when to stop and those noises soon become more a nuisance then anything else as they repeat way to often and never stop.  Some freaky ambient music is in here as well befitting a horror title though in all honesty wasn’t to memorable when compared to the unrelenting audio effects. 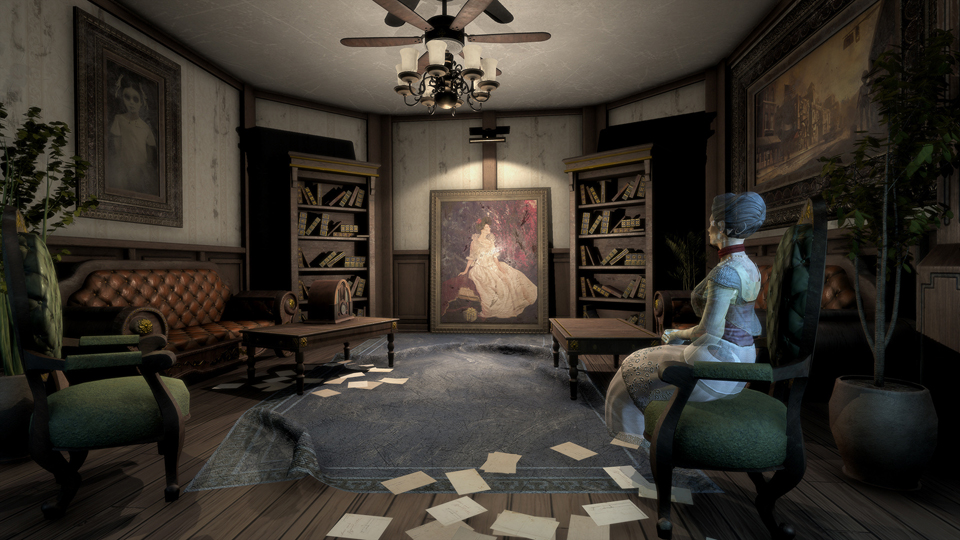 The Dead Realm may contain a dead person or 2.

All my initial impressions of this game were relatively positive, but it didn’t take too long before issue after issue plagued my game.  I was constantly killed by the monsters in between torches as my torches would either last forever or run out, with no way to tell when it was going to happen.  Sometimes, with a fully lit torch, which is supposed to keep the monsters at bay, I would be killed by them anyways, forcing an unnecessary restart where I would repeat the same action I had just performed, only to succeed though I hadn’t changes a single thing from my last run.  If this occurred only once or twice, no big deal, but I had numerous occasions where the game constantly killed me even though I was doing what I was supposed too, causing insane amounts of frustration and annoyance.  The game is linear, which is not a bad thing, except for the fact that half of the time it appeared that the protagonist was just pulling objectives out of thin air with no rhyme or reason to do so save for the fact that that’s just the next step, creating a very disjointed experience.  I played through on medium difficulty with option for harder puzzles when you start the game and I suspect only those who play on the hardest difficulty will get the true ending and there is absolutely no way I’m playing through this twice. 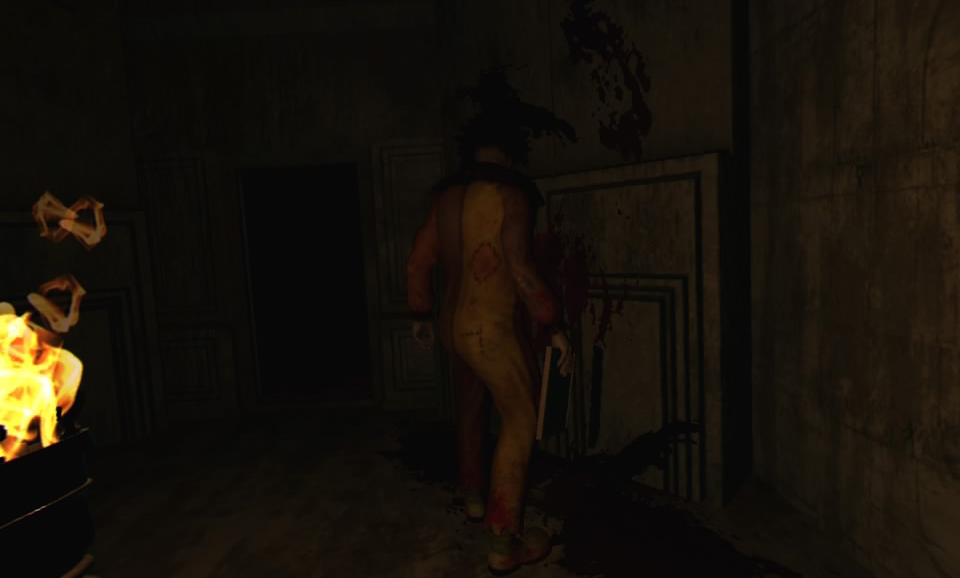 This is not going to end well.

No Way Out ends up being way more trouble then it’s worth plagued by unfair game mechanics, a non-sensical story and an oversaturation of jump scares.  There are a few visual highlights and I enjoyed one or 2 of the puzzles but overall, I was more irritated and annoyed then anything else.  Dying when I screwed up is one thing but dying when I was doing everything right is unforgivable.  If you are in the market for a new VR horror title…look elsewhere.

What would I pay?  This is $20 and even if everything worked as it should, that’s a tough sell. As it stands now, $5 is as high as I would go as it does have a few fun moments but is marred by so much frustration.