Alright…stop me if you have heard this one before.  You play as a colonial marine, John Bolt sent to a military facility in space that was training a new type of soldier in something called the Syon Project.  That facility has gone dark with no communication for 24 hours and it’s up to you to find what has happened and rescue whoever you can from whatever is happening on that station. 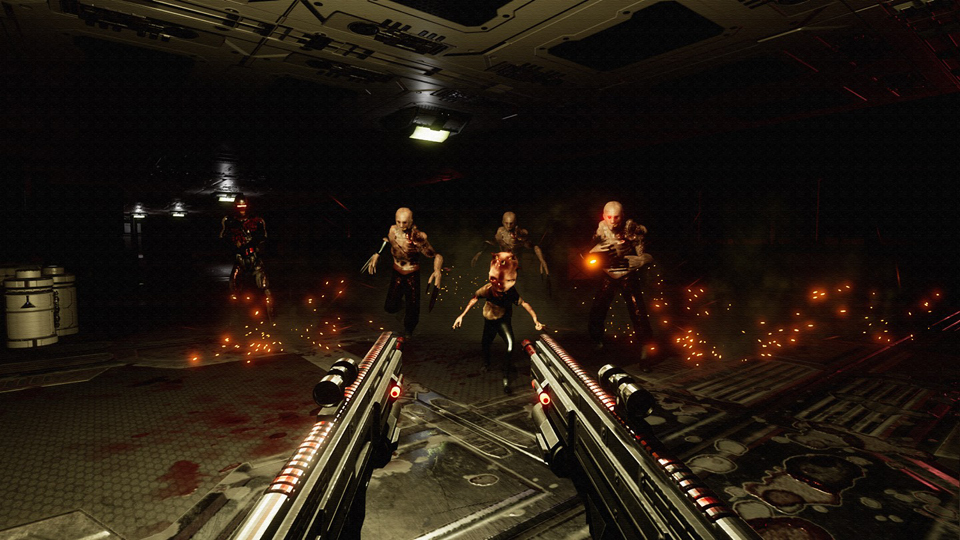 You are going to see these dudes a lot!

Syon Bolt is ripe with 90’s level FPS cliché’s right from the protagonist name to the story and gameplay which focuses on some fast-frenetic action in tight corridors and large rooms.  You have to stand in this one as calibration makes sitting feel like you are about 3 feet tall and you’ll need 2 touch controllers as well as this is a dual wielding affair.  Navigation is handled by thumbsticks and you simply need to walk over ammo, weapons, armor or health to pick them up with weapon cycling being handled by a single button or by bringing up a menu, which doesn’t pause the action, but slows it down to a crawl, letting you enjoy the enemies as the slowly move toward you while you pick the method of their demise.  You can jump or duck as well though either of these is rarely needed except when crawling through vents or hopping over tiny gaps, of which there aren’t too many.  The action plays out in very Doom-like fashion with you navigating the station after landing with a squad of other soldiers, but it doesn’t take too long before you are on your own facing a seemingly endless number of enemies.

Syon Bolt showcases some decent looking visuals, specifically the environments and the soldier models, and some much worse ones; specifically, all the enemies you face.  Whenever you run up to your next encounter, doors will be locked, and enemies will teleport in forcing constant movement as they Beeline it toward you.  You’ll see many of the same enemy types throughout the game with more showing up the further you progress so whether it’s the weird looking baby-demon things chasing after you, a cyborg assassin picking you off from a distance a drone swooping down to take you out or a psychic blasting super soldier, you’ll have to stay on your toes.  There is variety in the enemies you’ll face, but most them don’t look good with many looking quite awful carrying stiff, limited and simple, repetitive animations.  Getting up close reveal’s poor textures and a lack of detail which is just off-putting.  The stages fair better with the ship having a sterile look matching what you would expect for a large space faring vessel though it doesn’t take too long before the halls and walls are covered in blood and gore. 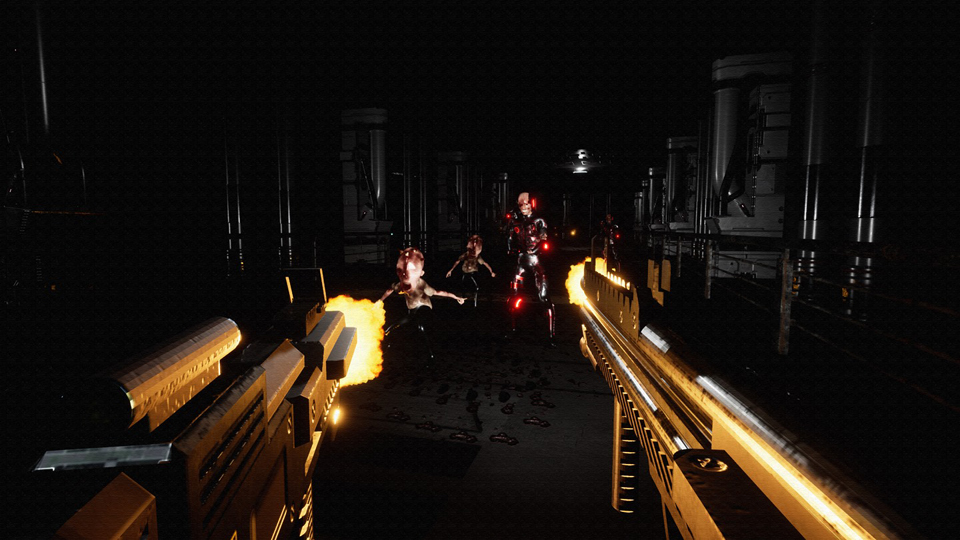 Audio is also a little rough around the edges with the voice acting being hard to understand at times as both the protagonist and commanding officer speak very accented English.  While navigating the halls you are left with the groans of the ship and other ambient noises which do make for some tense moments, and a squelching noise whenever you walk over a corpse, which amused me.  When you encounter the next batch of enemies an electronic/rock tune that becomes all too familiar kicks in signifying that you are about to be swarmed.  Minus the voice acting, all the presentation still works, but don’t go into this expecting a AAA experience…it’s not.

Syon Bolt is good for what it is, but I encourage you to keep your expectations low.  Enemy encounters become quickly repetitive and predictable, though as you advance through the campaign, newer enemies do mix up the action slightly.  Besides just killing endless amounts of foes, you may be tasked with finding switches or other items needed to open locked doors somewhere else in the stage.  The action can be frenetic at times with enemies teleporting in all around you and only getting more powerful as you advance.  Each weapon has an alternative fire mode just to spice things up a bit..  Besides the 5-hour campaign a more recent addition is Survival mode which has you facing wave after wave of enemies in a small setting to see how long you can survive with accompanying leader boards to see how you fare compared to others.  It’s nice that it’s here and I’m sure some will pull more joy out of this then myself, but the campaign was more then enough Syon Bolt action for me. 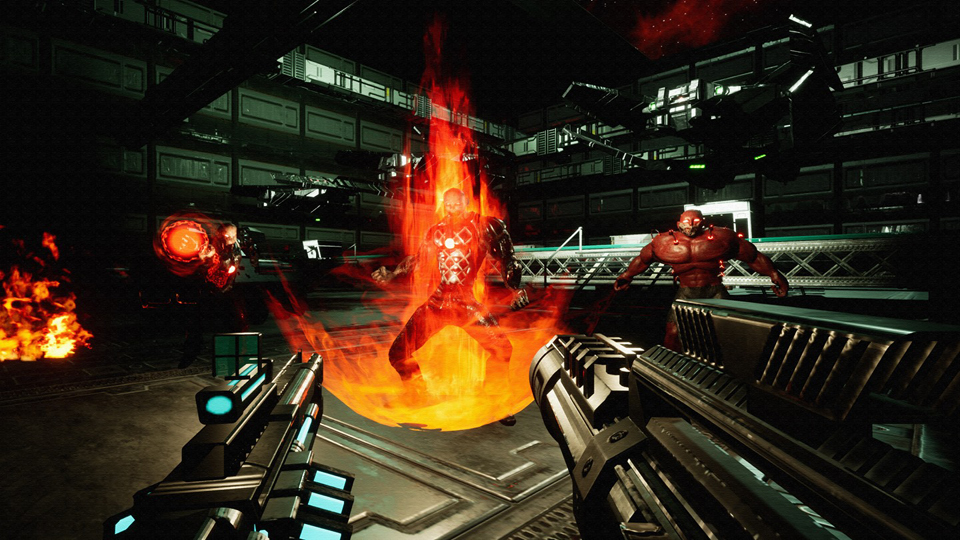 I hate these guys!

Syon Bolt relishes in its simplicity and while it definitely has its shortcomings, it has its fair share of fun too.  Enemy encounters are relentless and when the latter stages have all manor of baddies coming your way, it’s very hard to find a safe spot forcing you to run-and-gun or else you die.  It’s those moments where Syon Bolt truly shines as a nostalgic fast-paces FPS hearkening back to games like Doom, Unreal and Quake.

What would I pay?  Issues aside, this is a modest $10 and often on sale for cheaper and it’s hard not to recommend at that price.  The full campaign plus survival modes as well as a plethora of weapons, enemies and levels both confined and massive in scale make this a bargain at that price.  It’s not perfect by any stretch, but what’s here should satisfy that need to kill all manor of vile disgusting monsters.