I’m sure many of us long time PSVR owners have been have been waiting very impatiently for 2018’s VR releases to start pouring in and now, halfway through January, we get our first new release in almost a month.  Star Drone VR comes at us for a modest price and some of you PS3 owners may recognize this game from its original release a few years ago.  As far I can tell, not much has changed since then other than the VR treatment and what we are left with is a physics based action title in a space environment. 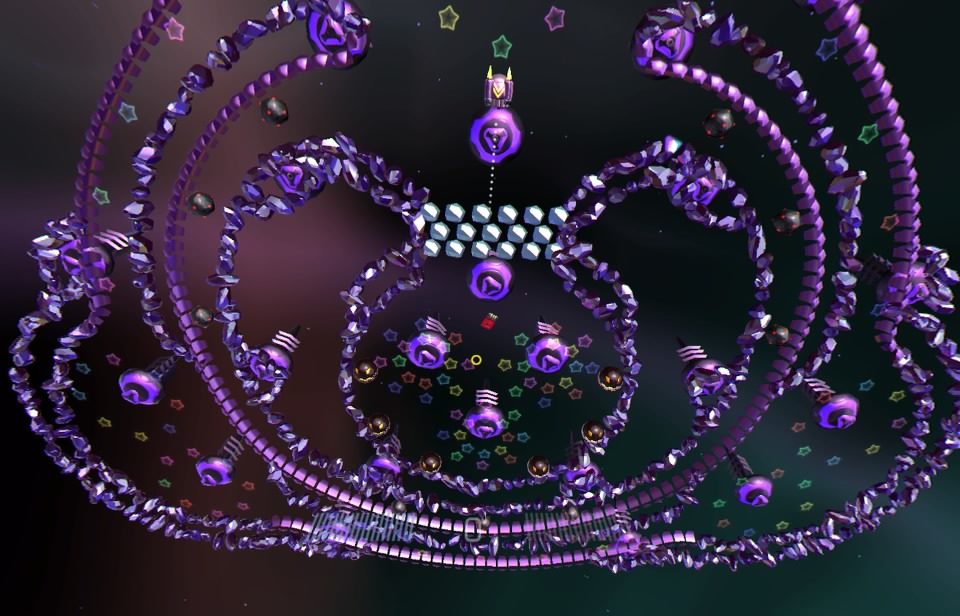 Just based on looks, each level is unique!

DS4 is the method of control here and it’s really only needed for 1 button.  Control of your little drone is handled by looking at specific nodes and pressing ‘X’ which than lasso’s your drone into orbit around said nodes.  From here it’s all about timing as a small dotted line signifies which direction your drone will launch when you let go of the button.  The stages all take place on a singular plane and you are tasked with navigating your drone around each of the 60 stages by using different environmental objects to push and pull it.  The main goal in most of the stages is to collect stars scattered all around the level, or collect pieces of a larger star.  As soon as you collect what is needed, the stage ends and you move onto the next.  There is a 3-trophy system here which is based upon beating the levels as fast as possible, but for those that only care about advancing, there is no limit to how long you can spend in a stage.  Should you take to many hits, your drone will explode forcing a level restart, though as long as you take your time, death is rarely an issue.

This is definitely not a VR showpiece.  While the levels do look alright and carry a fair bit of detail, the singular plane where all the action takes place definitely makes this feel like a 2D game given a quick VR makeover.  Stages come in a variety of shapes and patterns comprised of different kinds of rocks and crystals and a host of other items all layered upon a space background.  The stages range in size from being very tiny to overly large but all look crisp, clear and colorful.  The biggest drawback here is the lack of any real VR depth. The ‘flat’ side-view of the action makes being in VR next to moot.  You can look around and plan your next move, but given how the camera follows your drone, that isn’t really needed.  I did like looking around and seeing some of stages extend great distances, but that really was the only highlight in VR. 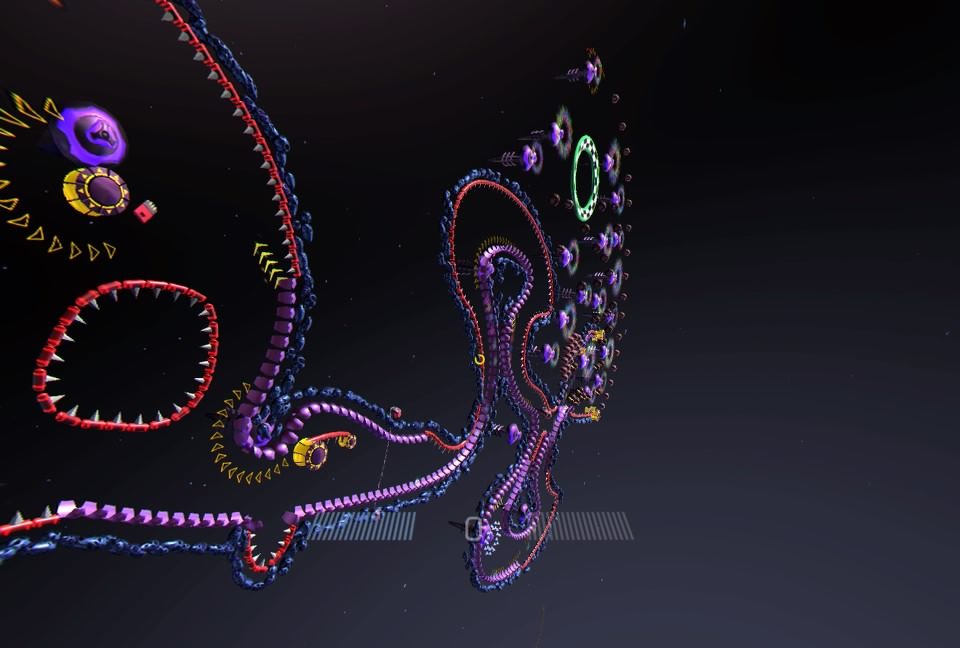 On the audio side, effects sound like they should with explosions, impacts, beeps and boops all fitting the action nicely.  If there is more than one music track, I can’t recall.  The music is harmless enough, but bleeds together into 1 track and did become a little grating after awhile.  Every stage also ends with the same successful jingle, which may have aided in me being unable to distiguish one song from the next.

I have some issues with this game and depending on who you are, you’re gonna be right their with me, or think ‘I just don’t get it’.  The game is really easy, as long as you are patient.  While you are timed, there is no time limit so proceeding at your own pace will unlock every stage allowing you to experience all this has to offer.  To get a trophy on a level, you need to beat it as fast as you can.  If you care about the leaderboards then the challenge of speed running these will appeal to you and ramp up the difficulty.  If you are like me and don’t care about top scores, than proceeding at your own pace becomes a drag.  While the stages do mix up the action and introduce elements like enemies,  keys to get past barriers or the possibility of drifting off into the void of space should you lose control of your drone, they all end up blending together and after 20 minutes of play, I was bored.  So on that note, I think this is best played in small doses, maybe a few rounds than call it quits for that day.  Lastly, I can’t beat the game as the last stage is locked, even though I have beaten every other stage in the game so take note that this may happen to you and as of yet there is no work around. 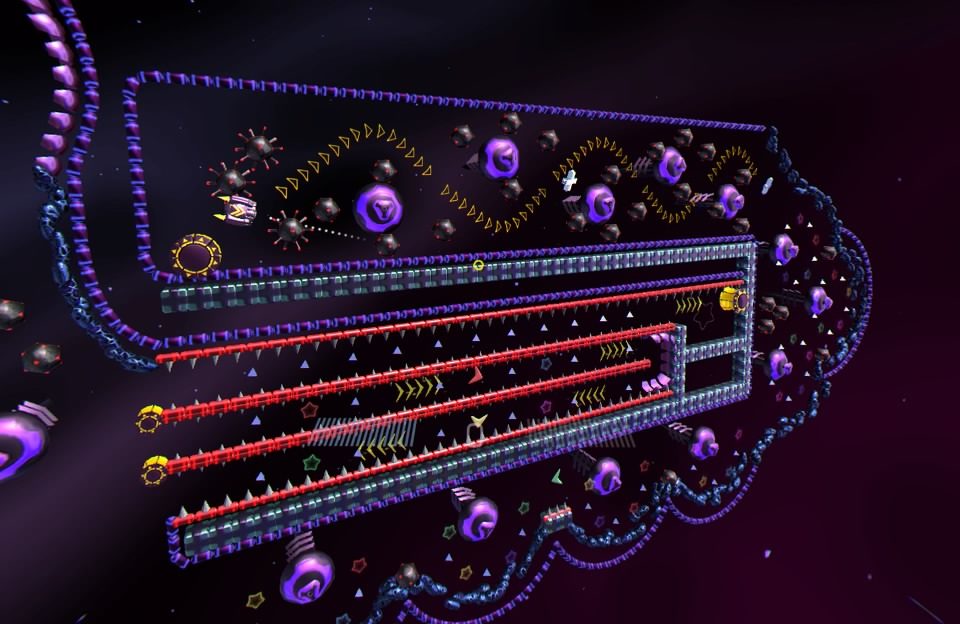 This is a solidly built physics based action game that just doesn’t do enough to keep me interested.  Check out a trailer or watch my video below, but this is the kind of game that, just from watching a few minutes of gameplay, you will know if you want to try it or not.  If it looks appealing, I say pick it up and you’ll have some fun, but if you’re thinking, ‘that’s it?’ then stay away because yes, that is indeed it.

What would I pay?  The $8 price tag on this fine, assuming you think this looks good.  The 60 stages will take a fair bit of time to get through(3 hours +) so in this regard, Star Drone VR is loaded with content, provided you care to play through it, but be warned, if you bored after 10 minutes of play, that feeling really never goes away and as of this review, it looks like the last level may be unplayable.