Ah stuffed bears, a staple of many a childhood for the last century or so.  Cute, cuddly and fuzzy are some of the best words to describe the loveable, huggable stuffies.  So what happens when they gain sentience? Well they try and take over the world obviously, and it’s up to you to thwart these dastardly bears from their world ending goals. 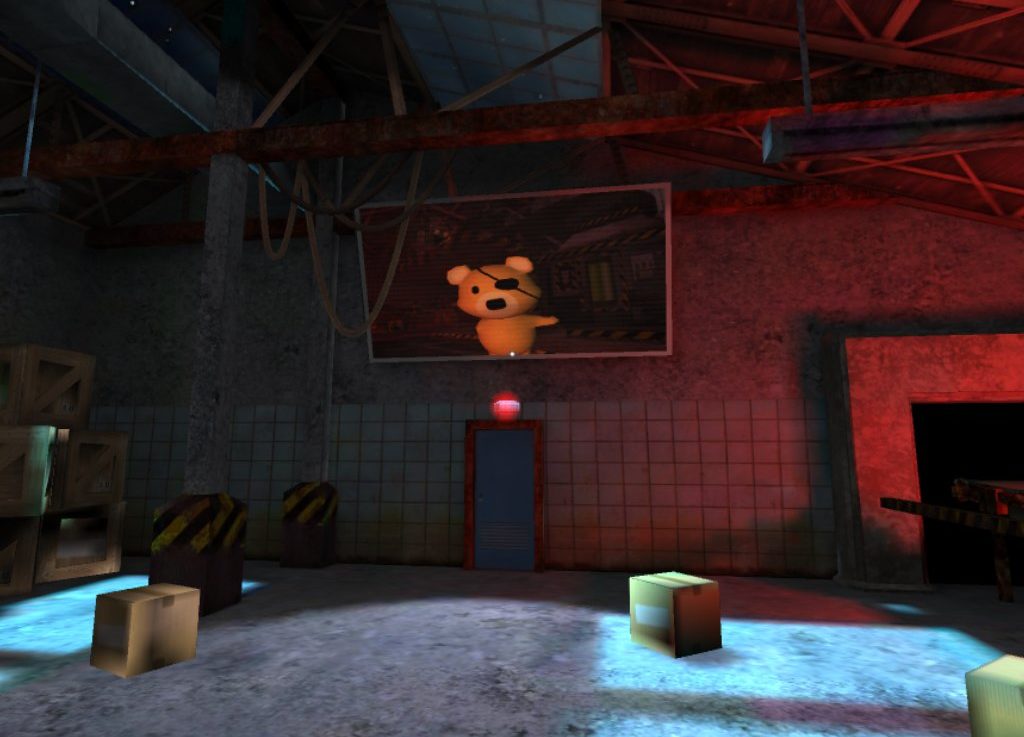 This is Frank, and he tells ‘beary’ bad jokes(see what I did there?)

Controls are simple, look and tap the touchpad.  I would say look and shoot, but you don’t actually shoot anything.   Each stage has you centered in room while the cute and cuddlies appear around you.  With a little dot at the center of your vision, simply line it up on a bear and tap, a little “bing” goes off signaling a hit and than you spin around and rinse and repeat.  The game recommends playing while standing or in an office chair but the bears appear around you so fast that, in my personal opinion, standing is the only way to play.  New bears don’t appear until you look away from an area and when they appear they won’t move while you are looking at them.  This starts off easy enough, but by the 3rd(of 4) levels I was turning around so fast and frantically tapping the touchpad just to keep the enemy swarm at a distance.

The four stages all take place in a factory setting with each stage mixing up the scenery nicely.  Levels are littered with boxes, crates and other factory(ish) stuff.  The bears are well animated…assuming your quick enough to see them take a step.  Each stage also has something in the background moving, adding to the sense that you are in a real factory.  The bears also come in a few varieties with each their own different movement system; walking, flying, running and so on.  Let a bear get to close and you’ll see bear paw reach across your field of view and leaving a claw mark in it’s wake. 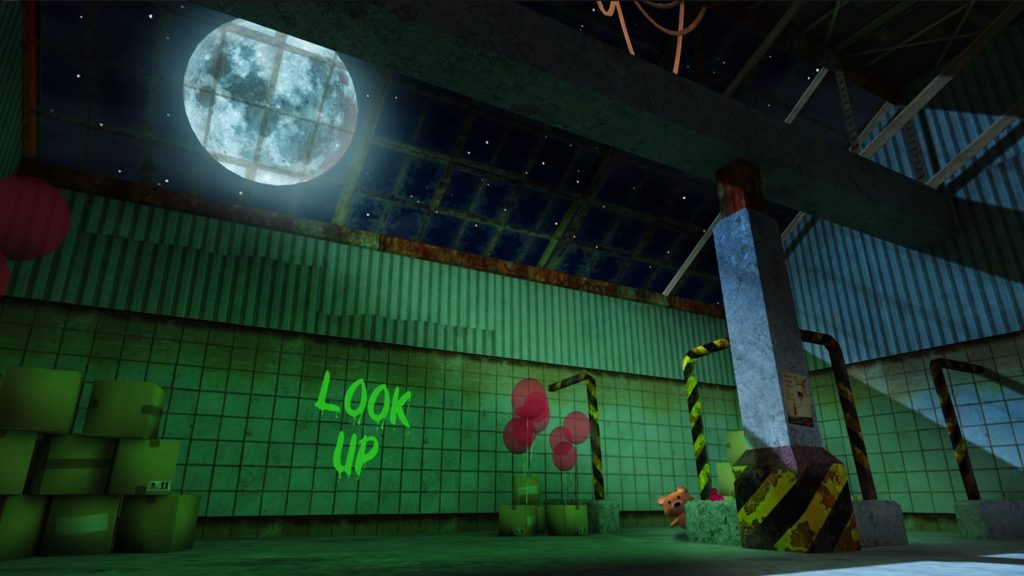 The level details look alright and makes this just a little better than a ‘bear-bones’ experience.

As each level begins you are greeted by the main, patch wearing, leader bear who not only mocks your attempts at stopping the stuffed army, but constantly throws bear puns at you.   I loved this guy and his puns were so bad they were good and even through 2 playthroughs he was spouting new jokes I hadn’t heard before, and I loved them every time.

Each stage is comprised of 2 rounds so there are 8 waves to defeat to beat the game.  Included are some achievements that can change up the way you play.  These range from just killing a certain number of bears with specific power-ups to just beating the game.  The power-ups mix up the action nicely and allow you to catch your breath just when the situation gets overwhelming.  Unleash a fire hose or stun all the bears in the area and dispatch them as fast you can.  Explosive barrels also litter each room and can take out multiple bears at one time. 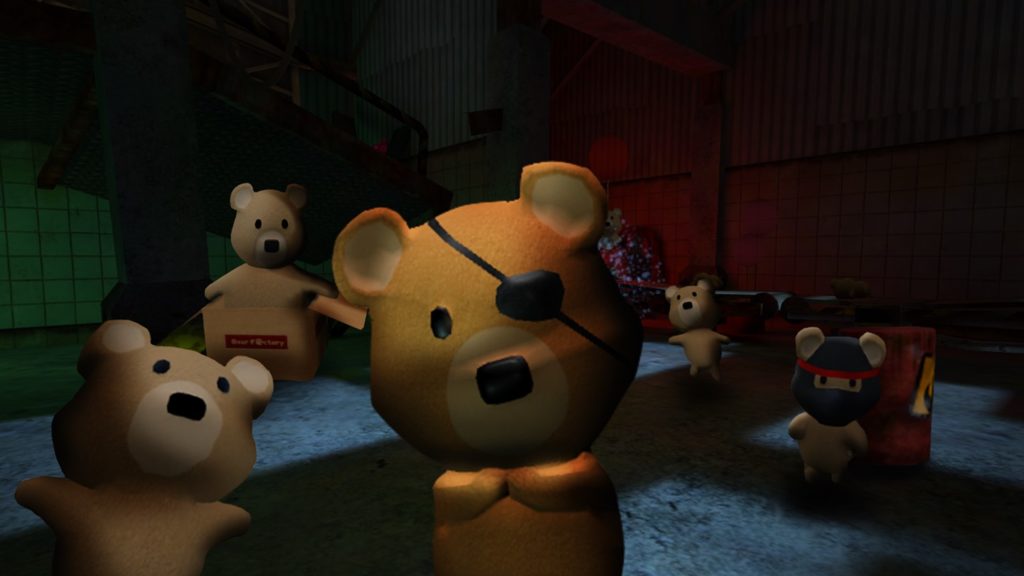 They may look cute and cuddly, but they are out to get you!

I enjoyed this all to brief game and appreciated the polish and charm presented here.  I was put off by the lack of a visible weapon, but that really is my only gripe besides the short length of the game.  It can probably be beaten in less than half an hour.  Sneaky Bears offers up a fare bit of challenge (I died a few times) and the “awful” jokes spouted by the bear leader had me laughing way more often than not.  If you are looking for a challenging, light-hearted wave shooter on the Gear, than you should probably pick this up.

What would I pay? The asking price is $1 and well worth it.  It’s about as basic as wave shooter can get, but the enemy variety an comedic leader bear make this worth the price of admission.