Quickshot is a training simulator designed to get you ready for the incoming attack from some kind psychotic machines.  Many will lament yet another wave shooter in their VR library, but Quickshot offers up a few unique gameplay elements that separates itself from other games in the genre. 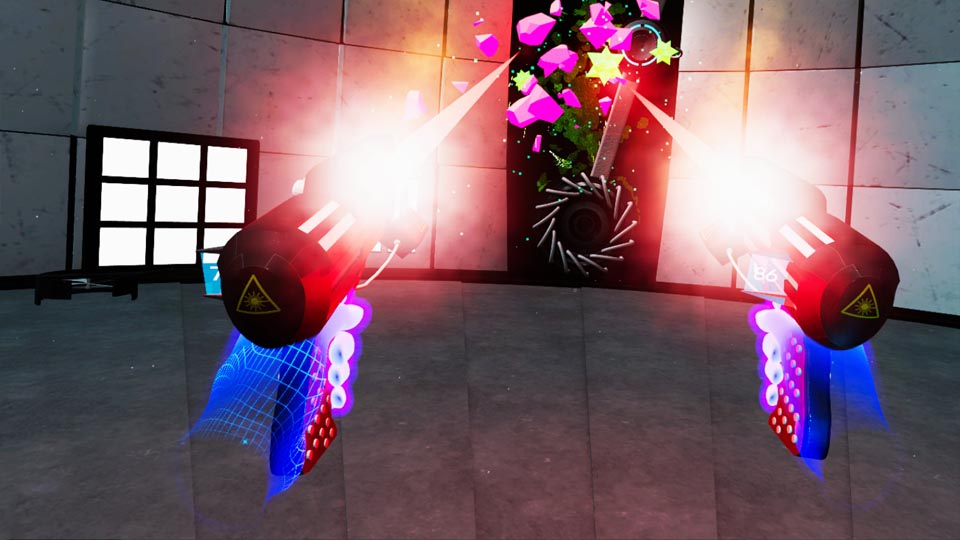 The best thing about Quickshot is that it is incredibly easy to jump in and play. I started the game up and was shooting targets and dodging incoming projectiles in no time. While simple, Quickshot provides enough weapons and challenges to keep players coming back for more, even when there are more complex games in their libraries.

Quickshot has quickly become my game of choice when I just want to hop in to VR and have some shooting gallery fun before I go do something else. The gameplay is simple: Use different weapons to destroy incoming objects before they get passed you. Successfully destroy them all, and you will move on the next stage, and will be supplied with a different set of weapons. There are also things shot at you on occasion that you will need to dodge, as well as different shaped walls (think Tetris blocks) that come towards you that you must avoid while you are trying to beat the stage. 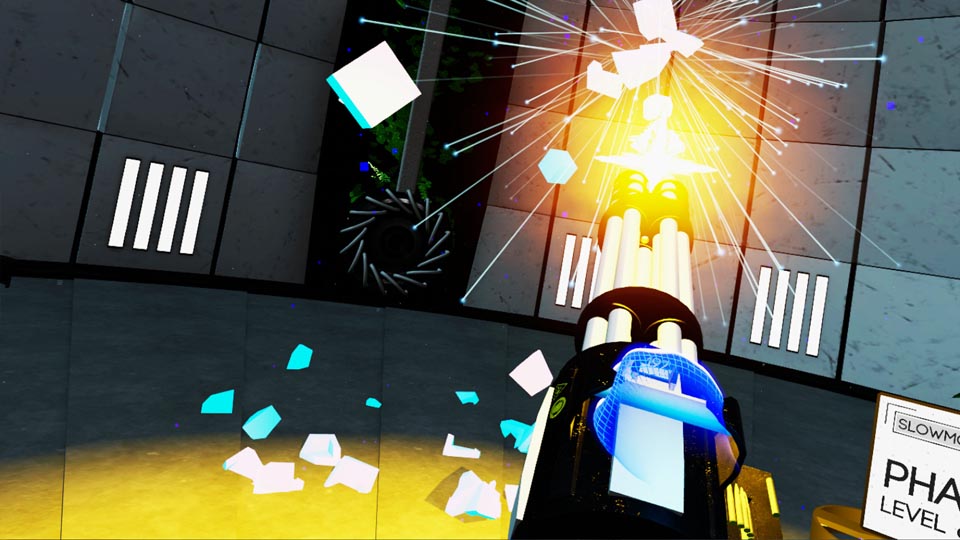 The guns only get bigger.

Quickshot starts you off with a pistol, and you learn the basics of the game quickly. Then you are given shotguns, rapid-fire weapons, and even lightsab…I mean light swords! Each stage is designed specifically around the weapon you have, so each stage feels perfectly tailored to that weapon and offers steadily increasing challenge. In some instances, this almost feels like a puzzle game, figuring out what order to shoot incoming projectiles until you can pass the level. Some of the harder shotgun stages had me pulling my hair out. They can get HARD, but I eventually beat them, and it was incredibly satisfying.  Watching my rank on the global leaderboards increase was awesome as well.

Graphically, Quickshot is fairly bare bones. A simple science fiction theme runs throughout the game, but you are only in one environment the whole time. It might be nice to have the environment change somewhat after so many stages. The guns look satisfying; I was pleased this game went with larger shotguns than most, it makes them feel like they carry a little more heft. Audio is good as well, nothing is overpowering, and the light soundtrack kept up with the pace of the game nicely and did its job of pumping me up. 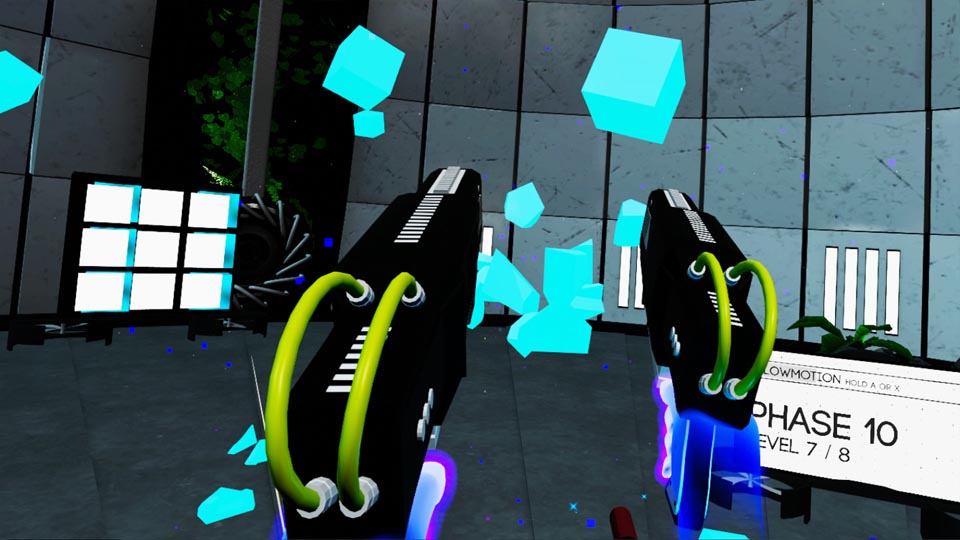 It’s lots of fun to play once you get through the first handful of stages and is challenging enough to keep players trying a stage just one more time to see if they can get past it. While not graphically impressive, it makes up for it in sheer entertainment.

What would I pay? Quickshot is $2.99 and that is perfect! The price is right where it should be. You are paying for the replayability and the fun action, and at $2.99 you get a good amount of both!

Headroom.one provided The VR Grid with a review code for this title and, regardless of this review, we thank them for that!