Crisis on the Planet of the Apes has everything going against it.  It’s a VR movie tie-in, which are typically less then stellar and it’s published by the same team that made the Martian Experience, one of the most lacking VR experiences on the market to date.  Add in the fact that the movie this is based on came out quite some time ago and I couldn’t help but keep my expectations so low as to be off of any measurable scale.  With all of that against it, Crisis somehow managed to rise above that very rocky foundation and pulls off being a decent, albeit flawed VR experience! 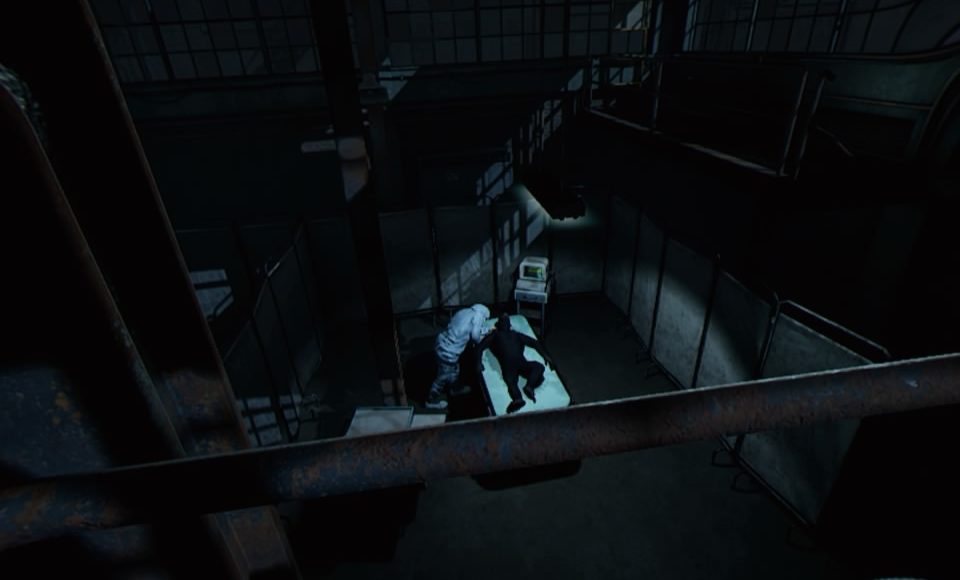 If movies have taught me anything, it’s that experimentation on monkeys always leads to the apocalypse…ALWAYS!

With 2 Move controllers, controls and movement are handled in a relatively unique way.  What you are doing at any given moment in the game is context sensitive, meaning that certain controls are only available at certain moments in the game.  No matter what the game is asking of you, every action involves a way-point in one of 2 forms.  Walking for instance requires you to look ahead at your next nav point and select the white outline of the monkey.  Once activated, you then move your arms in an up and down motion (ala Sprint Vector) to walk to that spot.  As an ape, you are also required to climb, which utilizes a mechanic very similar to the rock climb stage in Carnival Games, though I would say this is much more refined.  You grab handholds, which may be pipes or bricks and move your arms as if you were climbing in real life.  Once you lock a hand in place, it’s very easy to reach and swing to your next point.  The last movement option is jumping, where you pump both hands down in one quick motion to leap to the next designated spot.  Like I said, every action is a done by waypoint so depending on what the game wants of from you, you will only be able to perform that task at that time. 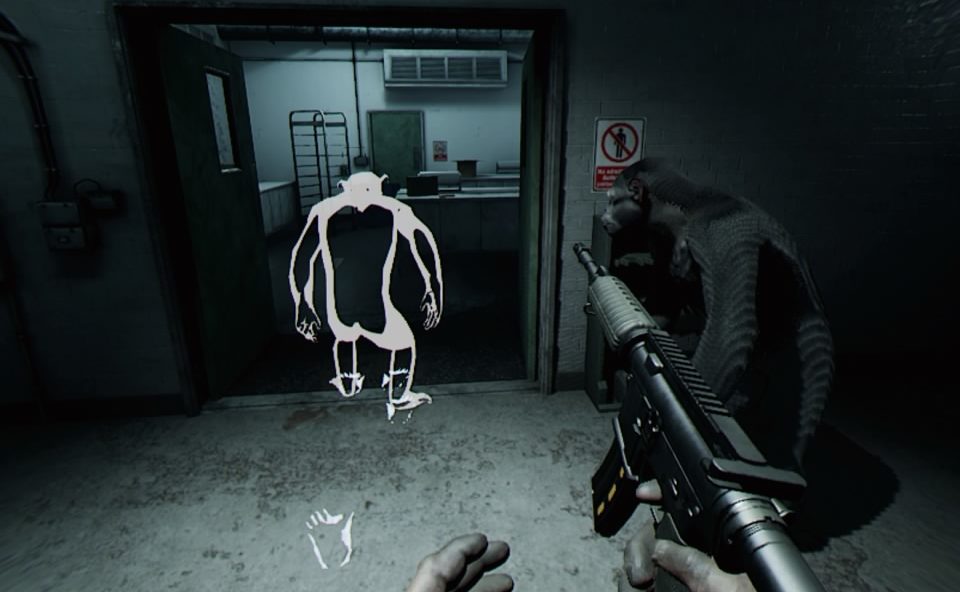 The white outline indicates your next move

The last mechanic here is the combat, or specifically the cover-based shooting very akin to the recently underwhelming Bravo Team.  It’s absolutely mind boggling that a budget movie tie-in shows how to make a waypoint system of combat work in VR, yet it does. Locations offering cover show up as a red outlined ape and indicate that if you aren’t already being shot at, you will be soon.  After picking up a gun, you store it on you back by bringing the gun over your shoulder and releasing the Move button.  When you need it, simply bring your hand to your shoulder and when you you feel the vibration, click the move button to grab the gun.  Ammo is not infinite, but clips are scattered at almost every point of cover and can be picked up and placed into the gun to replenish you spent ammo.  There are only 2 guns in the game, a rifle and shotgun, and I much preferred the former as it was way more accurate and easier to dispatch the human scum out to kill you.  A nice little cover mechanic is the ability to grab the edge of your cover, allowing you to pull yourself up and duck back behind cover as if you were doing it with your own hands and is a great way to add some immersion to the stock shooting available.

Right away I was impressed by the visuals.  Most of the game takes place in compound of sorts and is comprised of grey buildings in a night time setting.  It’s not the most attractive of games, but the visual fidelity in both the ape and human models had me immediately immersed in the game.  The entirety of the game is pretty dark but so many of the environments are fully realized that even though I was on a linear path, it looked like every corner was ready for exploring.  Your virtual hands are much larger and apish than you may be used to, but also contain a decent amount of forearm, which I loved as games utilizing hands without forearms is pet peeve of mine. 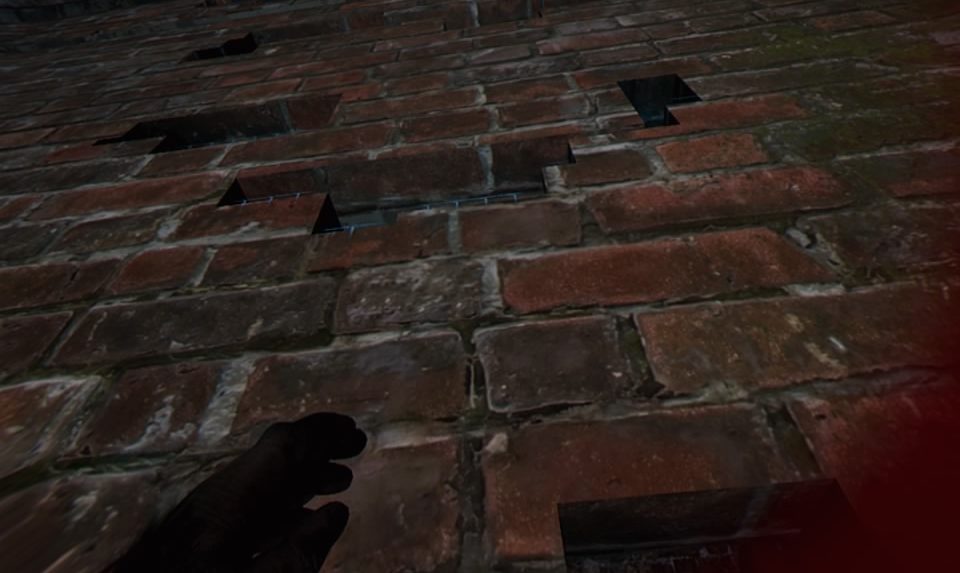 Upon your journey you’ll encounter humans, who are mostly less than friendly to your kind, and apes who use both sign language and broken English to communicate what they want from you.  Most of the narrative occurs through radio transmissions and loud speaker communication from the humans and basically establishes that they aren’t happy with your kind and are out to finish you apes off.  The audio is very cinematic and high quality with music that matched the action perfectly.

After a tutorial which explains all of the movement mechanics, you then start the game as an ape already under the “care” of militant humans.  From here you make your daring escape and play through a few “stealth” missions which involve you climbing and scaling a few different areas of the base.  There is no real danger in these parts, other than falling and having the stage reset to the last checkpoint.  Once the combat portions of the game show up, you just dispatch your foes, an easy task on normal difficulty, and proceed to the next area up until the conclusion of the game, mixing in the movement elements along the way.  The shooting mechanics are bare bones as you only fire from the hip (like they do in the move series) and enemies only move to specific locations, coming up from cover like whack-a moles ready to be taken out. 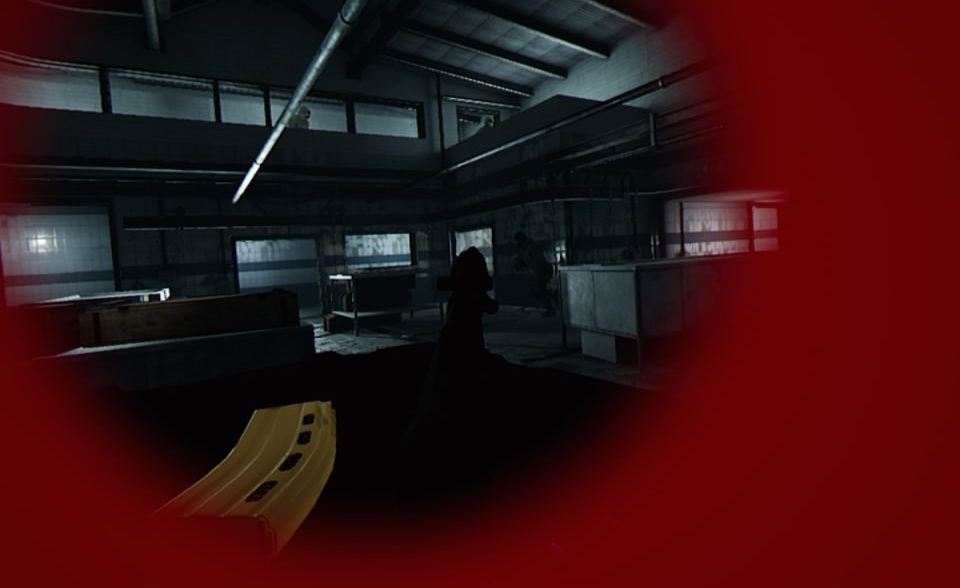 The entirety of the game takes place over 6 stages of differing length, but in all honesty the look and story in the game make each stage next to indistinguishable from the others, minus the final boss.  Crisis took me around 2 hours on normal difficulty and offers little reason to return unless you’d like to try your hand at harder (or easier) difficulty.  It’s not the most stellar game, but the intuitive movement mechanics, specifically the climbing, had me enjoying my time in this apocalyptic world and though the combat is a little lacklustre, as far as VR tie-ins go, this was an enjoyable game that surprised me with its polish and presentation.

What would I pay?  I paid around $10 for this and am happy with that price.  The regular $15 for this isn’t crazy, but given the lack of replayability and basic gunplay, if you are interested in this, grab it while its on sale.