If you have ever experienced Wipeout for PSVR and are looking for a similar for your PC VR headset, then  you have found the right game.  V-Racer Hoverbike is a futuristic bike racer that includes weapons and shields to attack and defend yourself from your opponents along with an intuitive and easy to master movement system. 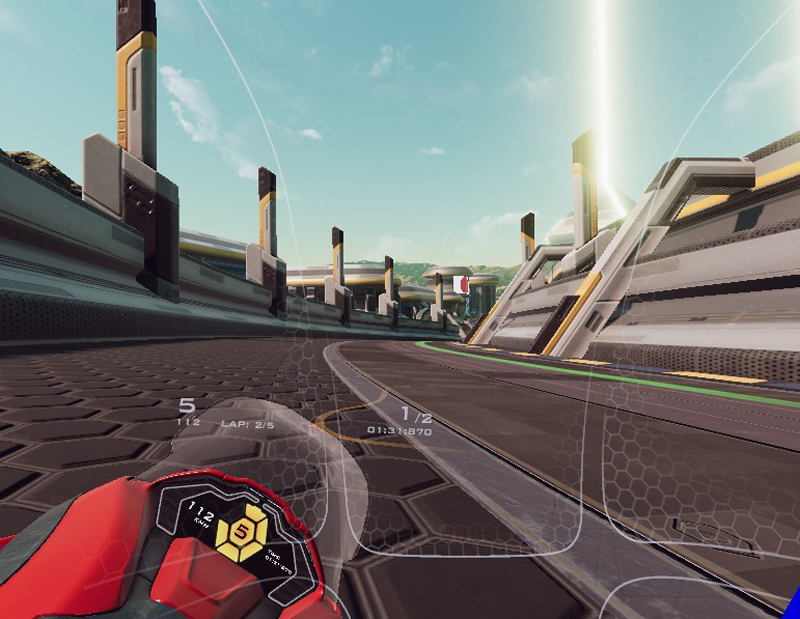 The game appears well represented on steam with two videos, one with some really good-looking cinematic scenes and another that shows how to play the game. This appears to be the first release from VertexBreakers, a French indie-game studio, and being their first game, it’s presented really well.

But moving to the game, you can choose between  four different game modes:
-classic time trial where you can play a map to improve your time on two laps;
-combat race, where you compete against a number of bots that you decide with some weapons you can pickup around the map while driving;
-party game for when you are with your friends in the same house and want to see who will achieve the better score on any map
-free ride, well the name explains it well;
There is also a disabled button in the main menu called “multiplayer” and tagged as coming soon.

The movement system is pretty simple to pick up, with the right trigger you accelerate, the left trigger breaks, and by moving your head right and left you can tilt the bike and turn, when a weapon or shield is picked up, to activate it you just need to press the right or left touchpad.  Even if it’s a simple mechanism it’s pretty satisfying to master. A really helpful feature allows you to regulate the position of the bike to your seat at the beginning of every match, allowing you to change easily where and how to play. The only thing I’ve noticed about this system is that even if I am used to VR games and usually do not suffer from simulation sickness, after about 20/30 minutes I need to take a break from the game.  I can imagine that if someone is more affected by sim-sickness, it can become a big problem. 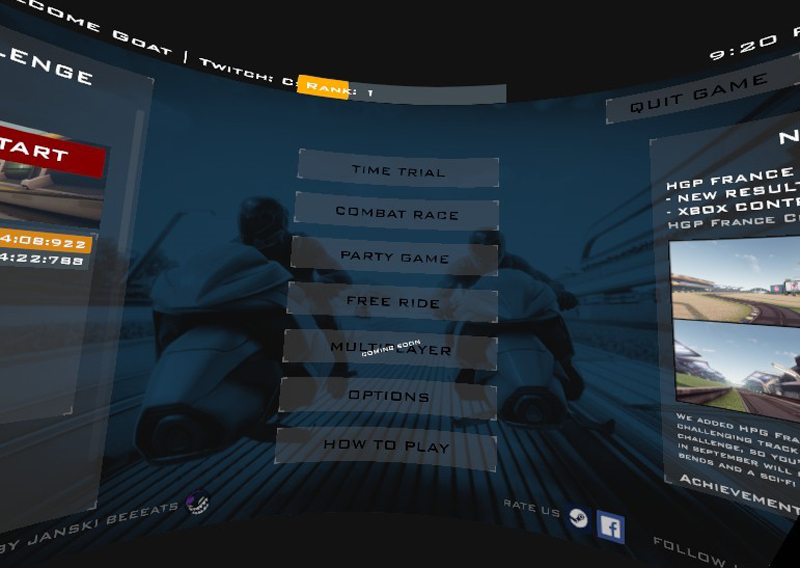 A few options are available so race away.

In every game mode you can choose between a variety of 11 different levels, each one with different graphics and tracks.  When playing combat race or free ride players can choose the difficulty and number of bots to play against. The AI is divided in 4 difficulty levels that appear balanced and can offer a new challenge to more experienced players. While moving you can drive on some highlighted pads on the ground to receive a speed boost (if the color is green) or a weapon (that can vary between rockets, shields, slowing electricity and locking rockets based on the pad colour). For time trial your personal score is added in a global scoreboard visible in the main menu. Every game mode runs well and has its own goals, the only thing I’d personally change is the “punishment” a player receives if his bike is destroyed by other guns. To elaborate, when someone crashes into a wall the respawn is practically instant, but if the bike gets destroyed by enemy guns the respawn is way too long. This is not too much of a deal in easy mode but going up in difficulty, it feels like an excessive punishment.

The graphical setting of the game is semi-realistic with some good looking and well polished visuals, taking place in a futuristic scenario through many different levels located all over the world. While driving you really get the feeling of going fast at insane speeds. The soundtrack also helps being immersed in this futuristic racer with some fast and strong rhythms. Even the majority of the audio effects are really well made other than some explosion sounds that feel a little bit off. 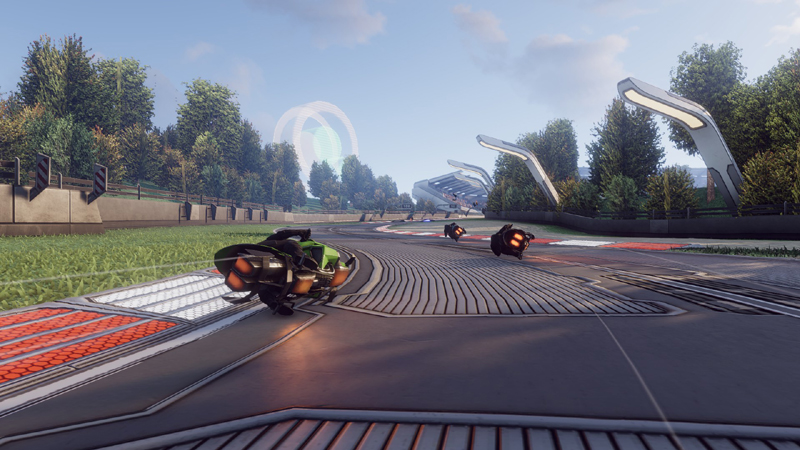 Multiplayer is a promised addition, but currently it’s only bots.

After playing every map a couple of times and tried to improve my scores in some of those levels, I got bored after about 3 hours of game time. I have to say that while I’m not usually a fan of driving games and time trial modes, I enjoyed the time spent in game, but it feels like there is something still missing. The multiplayer mode the developers are working on could be the missing piece to the puzzle, but even adding some more different weapons in game, or a support to make custom maps could increase a lot the time someone could spend in this game.

What would i pay? I think 9.99 is the maximum I’d pay for the game in the current state.  If more variation is be added i could go up to 14.99 already with the multiplayer mode, but 19.99 is way to expensive in my opinion considering what the game currently offers.

Vertex Breakers provided The VR Grid with a code for this title and, regardless of this review, we thank them for that!