There is a plethora of rollercoaster apps available in VR and it’s easy to see why.  Most of us have been on one at one point or another in our lives and these apps are relatively cheap to produce and still deliver an experience close to the real thing.  Warducks has made two Sneaky Bears shooter games for VR and snuck in a little side gig with this coaster game that takes place in the same universe. 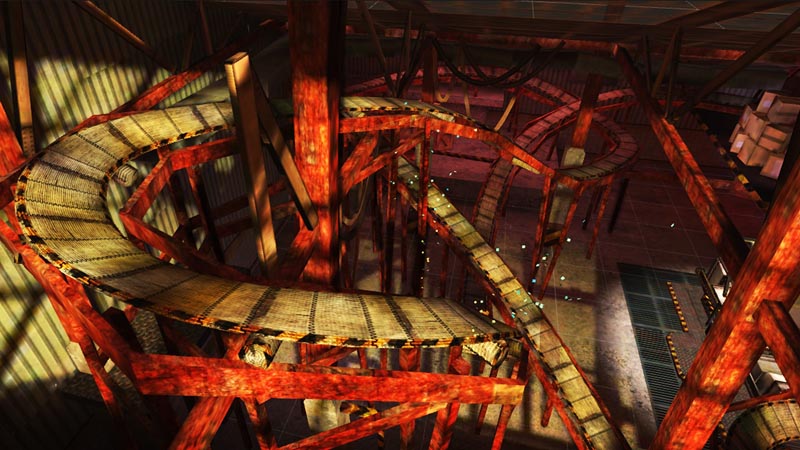 The tracks are loaded with lots of rollercoaster fun…and bears!

There aren’t any controls to speak of other than menu navigation and exiting the game.  Once you pick one of the three tracks available, just sit back and take in the sights as you ride around the level.

The visuals are crisp and clear with the stages from the Gear VR game being repurposed for this.  While some may lament the recycling of these stages, I enjoyed seeing these levels from a different vantage point when compared to the stationary shooter.  The 3 stages are all in a toy factory and have crates, boxes and some machinery which gives you plenty to look at. Bears still litter the levels and even ride on the same track as you, some even try and fly at you, trying to get close enough to take you out (they never do).  If you look behind you can see bear in a box who lets out some gleeful ‘woo hoos’ when the track picks up speed.  My only real issue with the visuals is the lack presence you have in the game.  I wouldn’t expect to look down and see a body, but maybe a small box would have added a little bit to the immersion factor.

So how does the actual coastering hold up…pretty well I’d say.  The 3 stages are broken up in to comfort levels with the 1st being tame and the last sending you all over the place, even through a double loop.  The crisp visuals really make the whole experience a joy.  Each stage has you travel along each track two times and while nothing really changes on the second run, I wasn’t bored through my play of each of the tracks.  At certain moments in each course, the track slows down, giving a sense of slow motion, which may make some feel uncomfortable, but for those who don’t get sim-sick, like myself, I think you’ll enjoy those moments. 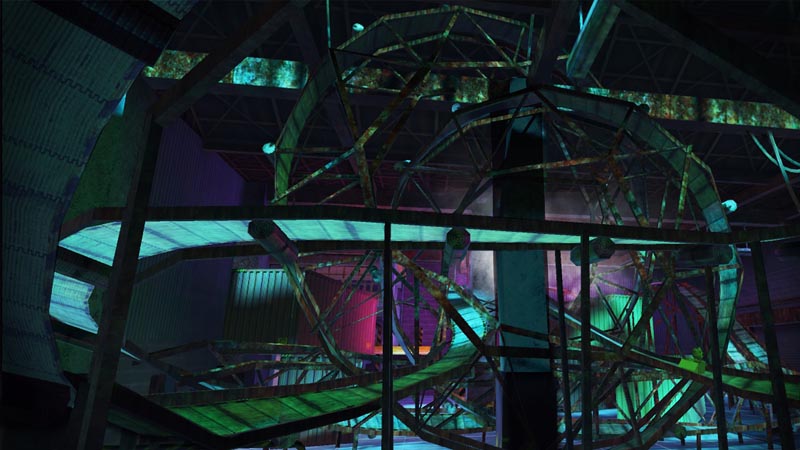 The double loop is pretty sweet!

I like the Sneaky Bears franchise.  The idea of homicidal stuffed animals out to conquer the world just appeals to me and while all the story and most of the character has been tossed aside here in favor of just riding a coaster, this is a solid ride.  I enjoyed the minutes it took to play through the game and this is now at the top my list of quick VR apps to show off to friends and family.  If you like, or are curious, about VR rollercoasters, this is a great, cartoonish ride.

What would I pay? $2 is fine for this.  The visuals are solid and the coastering is fun, and if you have played the Sneaky Bears shooter for the Gear, riding around those same stages is kinda cool!