From the makers of Arizona Sunshine come Skyworld for Windows Mixed Reality, HTC Vive and Oculus Rift.  Turn-based strategies have only seen a light presence in VR which actually kind of boggles the mind.  The ability to oversee an entire map while creating and commanding a wide variety of units just screams awesome in VR and yet so few have tackled it.  Well, it looks like the fine folks at Vertigo Games and Wolf Dog Interactive have seen that same VR void and are looking to fill it with a top notch RTS effort on the form of Skyworld! 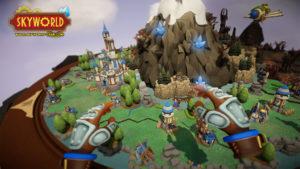 “Skyworld reinvents classic strategy gameplay for VR without compromising on gameplay depth by using intuitive VR controls and providing player feedback right on the VR battlefield. Step into intricately animated fantasy worlds where you are king and watch your battle maps come to life around you. Built in gaming sessions optimal for VR, Skyworld lets you conquer and reunite all Skyworlds in the full-size single-player campaign or challenge a friend (or foe) in online cross-platform multiplayer mode.

Manage your economy, build and lead royal armies and rule mad dragons to restore your father’s empire to its former glory. It’s up to you to conquer and reunite all Skyworlds in this turn-based strategy game that brings back the beloved gameplay from TBS classics in a groundbreaking VR experience.”

An early access beta of the game will occur October 6-8, 2017. Interested HTC Vive and Oculus Rift owners may register for a drawing to join the beta by signing up for the Skyworld newsletter at the official website before 12am PST / 9am CEST on October 5, 2017. 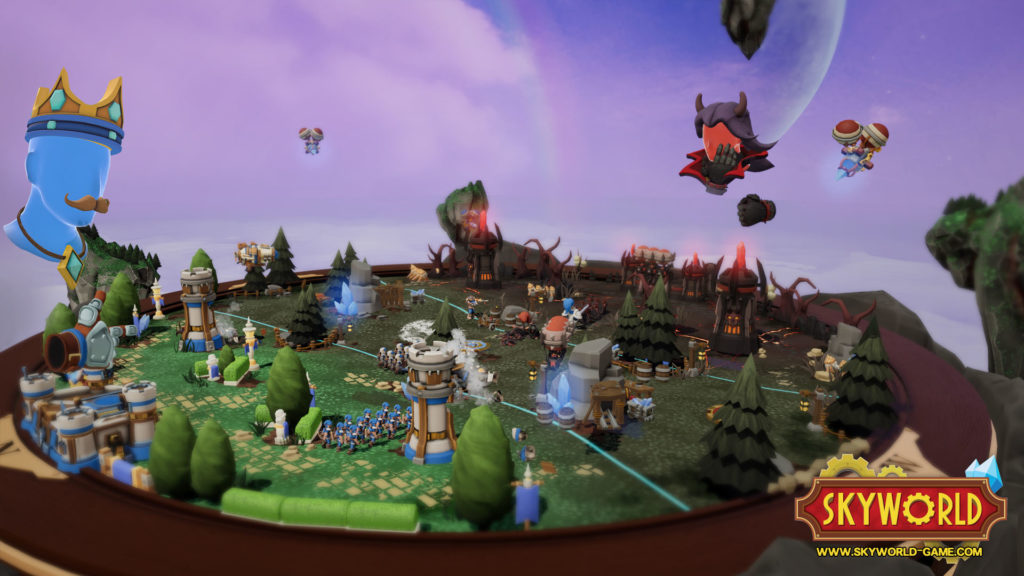 Coming October 17th and priced at $39.99 / € 39,99 / £ 30,99, Skyworld pre-orders receive a 25% discount and exclusive Berserker avatar masks. Players with these masks will stand out and strike fear in opponents in face-to-face multiplayer matches and skirmishes. 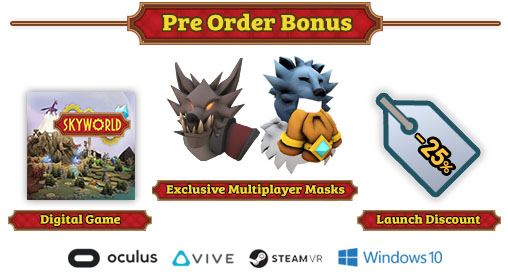 This looks pretty slick and because words don’t do VR justice, check out the preview trailer below!