I think most of us have pretended to be a ninja, leaping around slicing up bad guys, at some point in our life. The premise is very simple and Sairento VR’s strongest point is delivering on this core goal in a very satisfying manner. The game is currently in Early Access and is receiving pretty significant updates every month or so, along with minor updates at least weekly and features a host of comfort options as well as locomotion adjustments for those that don’t have full room scale. 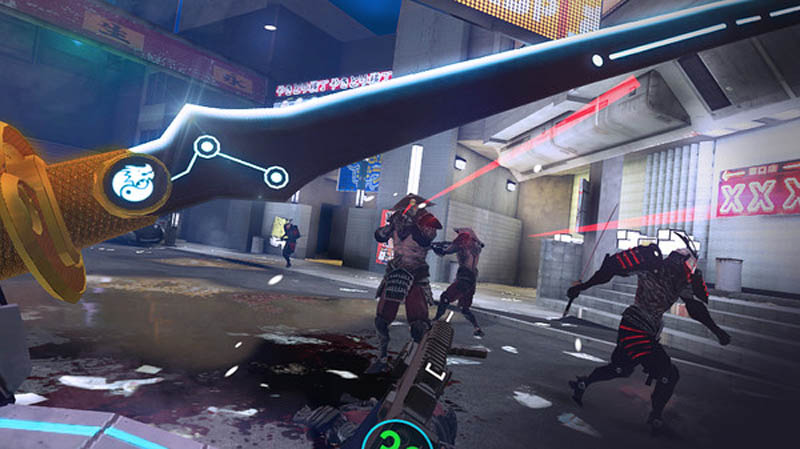 Sairento VR features a suite of locomotion options including natural motion with joystick/touchpad as well as room scale and teleportation. One of the more original locomotion options is a ninja style leap. It works similar to standard teleportation in that time slows down while selecting a landing spot, and upon release you are sent flying through the air in an arch towards you target.

Another game mechanic is the ability to slow down time for a brief period. This, combined with the leaping mechanic, makes for some spectacular John Wick/Matrix style moments; leaping through the air and lining up perfect headshots. There is also a slide and wall run mechanic that when all combined, create an incredibly fluid movement system that really helps make the player feel like a super ninja.

There is a basic leveling system that allows you to increase health, chakra (used for slowing time and wall running) as well as increasing your pick up radius and granting more interesting abilities such as an extra jump before landing (the starting number of jumps is two)but it can be upgraded through the use of relics (discussed later) and an additional two from leveling up. 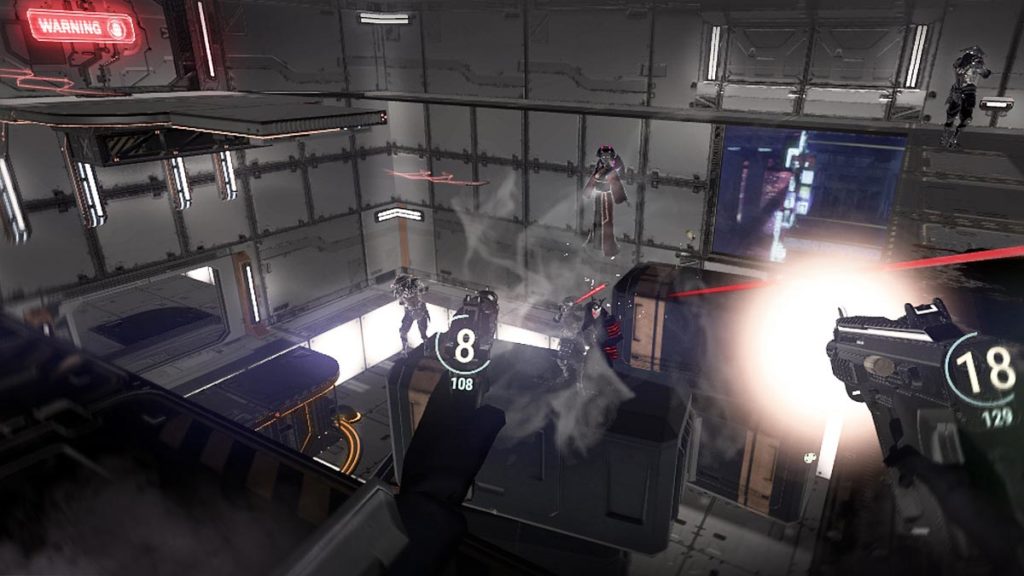 The action gets hectic and exhilerating!

There are many different weapon types ranging from high tech weapons such as revolvers, pistols, shotguns, assault rifles and SMGs to the more traditional ninja fare including bow and arrow, kunai, swords, glaives, and shuriken. You can complete your loadout with 5 weapons, used by grabbing at various spots near your body (shoulders, hips, lower back) before starting the mission.

The game also features a relic system where you can add up to three modifiers to each weapon. It feels similar to games like Diablo or Borderlands in that there are lots of different stats and modifiers such as; increased damage, increased slide/wall run distance, extra projectiles and many other various legendary effects. These relics can have complimentary effects that stack on top of each other and often create truly powerful combinations.

While I have been praising the movement system and combat mechanics, I should also talk about some of the games shortcomings. In its current Early Access state it does have some bugs to work out, nothing game breaking but some.  Enemies occasionally spawn outside game boundaries which can be incredibly frustrating. The game currently lacks a campaign mode and co-op is still just being teased as something to come eventually. The graphics are decent but nothing spectacular and enemy variety is lacking with only a few different variations. There are currently only a handful of maps and a small number of modes but more of these options are promised in future updates, so hopefully they come sooner than later. 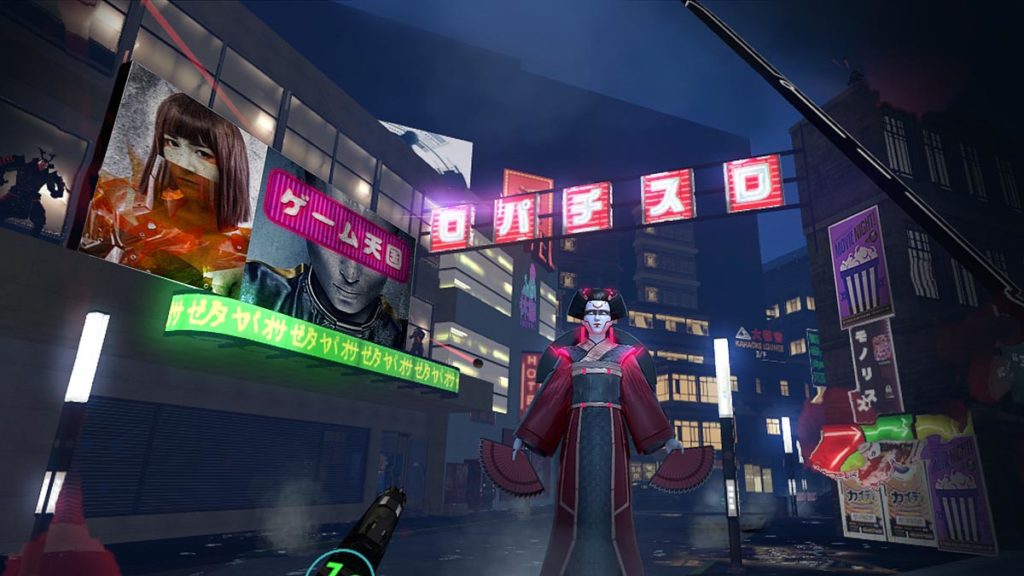 Despite its’ numerous shortcomings and general sense of “rough around the edges” the incredibly satisfying movement system combined with excellent combat and engaging relic mods still make for an experience not to be missed. In its current state, the game is still incredibly fun and something I still think everyone should experience. It could eventually become a “must buy” but for now it is still something most people would have a blast with.

What would I pay? The current asking price of $25 is a great value. With the relic and leveling systems in place there is lots of replay value.  The developer stated they planned to increase the price when the game is out of Early Access. Even if the game was not being updated and improved, it is still worth the price.