It’s a little unclear what Proze is when you first load the game up as you are treated to a lengthy elevator ride and narration from a Russian gentlemen who’s English may need a little work as he explains the current situation surrounding Enlightenment, A government program that may not have the peoples best interests in mind.  As it turns out, you play as 2 related characters in 2 different decades.  The first is Anatoly who ventures into Enlightenment in the 1970’s to find out what has happened a missing colleague with the modern-day character being Max, a friend of Anatoly’s grand-son who, conveniently enough, has also gone missing.  It’s up to you to unravel the mysteries in the both decades as you explore and solve puzzles in an attempt to stay alive and uncover the truth behind both disappearances. 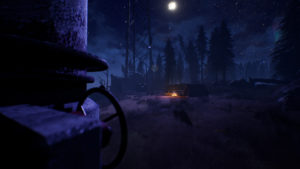 You need to 2 motion controllers as you’ll be interacting with the environment and items with your hands.  You can freely walk around the island you are on with blinder options and speed settings available to adjust for individual comfort.  Right away you are given a backpack which is used to store items that you’ll have to use throughout the campaign like a radio and flashlight, with you finding a few other key items as you play.  You can interact with junk lying around with the game offering very little help in regard to how solve puzzles and bypass obstacles.  Alright, that’s not entirely true as the opening stage gives you an actual checklist to solve that rooms puzzle, requiring you to move around power cables, mess with sound frequencies and search around for an errant password, but once you reach Enlightenment, it’s up to you to use your brain muscles as there is not much else to help you out here.  You’ll explore the base, triggering events that will have you hopping from past to present with the past playing out more like interactive flashbacks that affect the present, which is where you’ll spend a lot more time in. 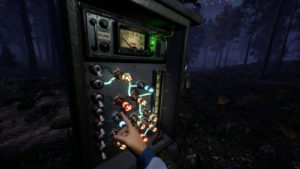 Proze is all over the map with the visuals having some great looking and incredibly detailed stage design to utterly awful looking characters with even worse animations.  The island you are on looks phenomenal at times, loaded with intricate details and amazing lighting effects.  The game is very dark, so you’ll have your flashlight out often and shadow effects are great adding a nice sense of realism and immersion to the game.  The outdoors, a forested environment, looks great with grass, trees and a large ominous structure in the distance as well as components of the base scattered around as well. Items look good and while you can’t interact with everything, the stuff you can is loaded with detail.  You can find papers lying about with information about Enlightenment and while these pages are abnormally large, they are easy to read thanks to their size so I can forgive that visual foible.  Characters, as I said, fair much worse and for the most part just look off.  Some look better then others, but their accompanying animations make them look like marionets, attached to strings by an untalented puppeteer, distracting from any narrative as they just look that bad.  Fixing the animations would go a long way to making these characters more believable.

Speaking of unbelievable, the voice acting in here is also all over the map with some people sounding decent and others laughably bad thanks to busted up scripts and insanely poor delivery.  All in all, it’s not awful, but when a person’s speech just doesn’t sound natural, it hampers the experience.  That is counter to the amazing environmental audio which is very impressive.  Every step sounds as it should no matter what you are walking on with other effects like water flows and groaning old technology eliciting a great sense of immersion giving very stark contrast to the environment and character designs.  I enjoyed the overall presentation in Proze and even though it has its shortcomings, the attention to detail on the environment side really kept me in the game. 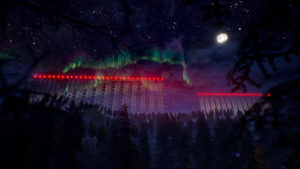 The puzzles can be difficult at times thanks in large part to the lack of direction but stop and think about the items the game has given you and the direction it has pointed you in and all the puzzles, minus the last one, can be easily conquered.  There are some poor choices made with the checkpoint system used with restarts causing you to be placed way back from where you left off without anyway of knowing that until you quit and reboot.  I encountered issues with puzzle solutions being tied to items that can be easily misplaced and one section which drops you into slow motion for cinematic effect but relies on you to turn around to trigger the event to get it out of slow-mo mode.  I didn’t turn around and the game still allows you to proceed through the base in slow-mo, solving puzzles until you can’t, forcing me to waste a lot of time, multiple times until the developer told what I was supposed to do…turn around, which the game in no way tells you to.  There are some wonky animations with your body too, with an item getting stuck in my hand, forcing a restart and other little bits of jank here and there that hamper the experience.  That said, there are some truly epic and freaky moments in the game and the puzzles offer a great sense of reward when you figure them out as they are just difficult enough to require some serious thought. 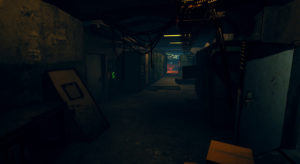 I like Proze.  It’s not perfect by any stretch and the final puzzle asks a little too much from the player with a very unfair checkpoint should you die, but the world and mythos surrounding Enlightment and your characters did suck me in.  The environmental presentation is some of the best I’ve seen and heard in VR with Proze reminding me very much of games like The Gallery or Red Matter.  The story should take you around 3 to 4 hours depending upon your brain power and whatever issues you encounter but when it all works it makes for an enthralling experience.   The developers have been busy patching the game since launch so hopefully my issues will be addressed, but even as it stands now, Proze is a solid VR exploration puzzler loaded mystery and intrigue.

What would I pay?  I enjoyed my time in Proze and I think it’s worth the $20 asking price.  It’s got issues for sure, but the overall package is a solid one and I’m looking forward to seeing what the developer gives us next…after they fix a few more issues with this one first.

Signsine proovided The VR Grid with a press code for this title and, regardless of this review, we thank them for that!