Feel like embarking on an epic quest to defeat an evil dragon and his minions, saving the day, the land and its people?  Than prepare to venture into this fantasy dungeon crawler that I can only compare to the Dark Souls franchise, and I mean that with the highest praise!  You will unravel the mysteries of the world around you, encountering foes much stronger then yourself while solving puzzles that will push you to your limits.  Haste will get you killed and your reflexes and parry ability will be put to the test.  In order to be worthy of the challenge of the dragon you must defeat every foe in your path. 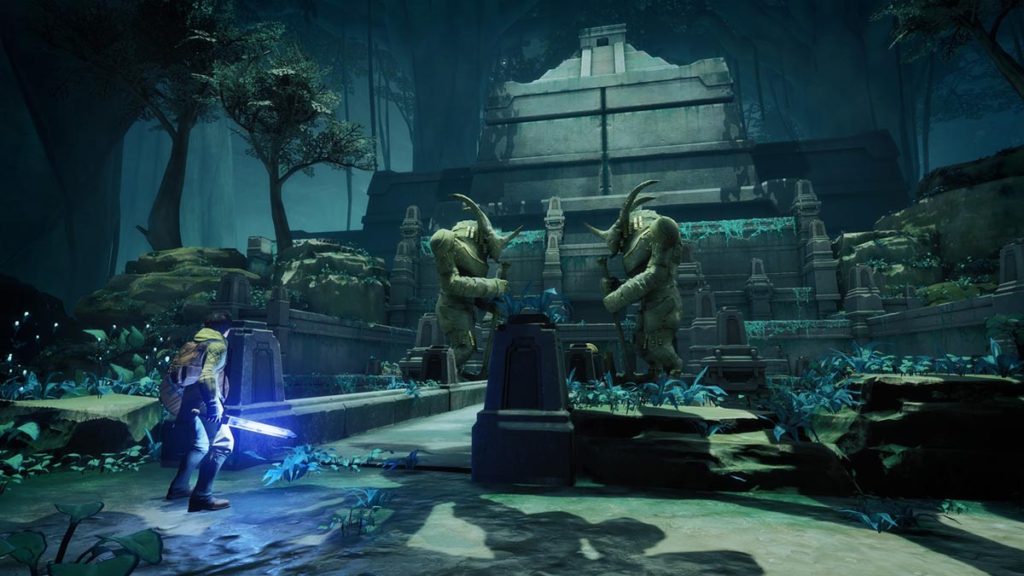 The games visuals are absolutely mesmerizing!

Chronos will take you through the life of the chosen one with a relatively unique gaming mechanic; every time you die your character must wait a year, until the labyrinth opens once again, basically respawning you a year older from when you last perished.  As you age your physical attributes and your reliance on fighting style will drastically change.  When you are young and strong you can rely solely on your physical powers to defeat your foes.  Becoming older you will start to shift from relying on your strength and dexterity to relying on your fortitude and abilities gained throughout the years.  Every 10 years unlocks a new ability so death is not just a punishment. It’s also worth noting that the RPG elements here are a little light with loot drops that are used to upgrade the few weapons you find throughout your journey and level up system that seems inconsequential.

The battle system here definitely borrows from it’s action RPG predecessors.  Each villian attacks in their own unique way forcing you to adapt or die.  Weapon upgrades and new skills will help you out, but ultimately it’s about timing in your attacks, parry’s an blocks.  Death is your only teacher here and every time I died I clenched my controller in frustration at my shortcomings, but was to consumed in completing my quest and powered on, through my last death dealer and onto the next.  My progression through these labyrinths was some of the most rewarding time spent in any virtual world.

Exploring the world of Chronos, you will find crystals that work as checkpoints and until you find a new crystal death results at a respawn at the last crystal you passed.  This can become rather infuriating as you fail to solve your puzzles leading to death, and restarting some ways away from where you were last.  Each checkpoint will introduce you to new enemies that are harder and come at you with new and deadly fighting styles until you finally unravel the mysteries around you.

The visual perspective in the game is from one static position in the room you are currently in.  This can become somewhat problematic if you are fighting enemies in different rooms as it can shift from one to the other rapidly.  It’ll also give you one heck of a neck workout as you need to constantly turn your head to take in your characters’ surroundings and prepare for what’s next.  Other than that, the visuals are amazing are a joy to behold.  Everything carries with it a level of detail and fidelity not seen enough in VR.  Finding your way through a massive castle complete with hiding places for your enemies and sights only VR can bring to life makes this an amazing journey. The sheer magnitude of the bosses you encounter and the levels you explore is sure to impress.  This one of the best looking games I have ever seen in VR.

The audio in the game is also top notch and will suspend you in the games lore.  Sword play, magic attacks, diving, and dodging are up to par with the best a video games have to offer.  A ping of a hammer or a growl of a beast will draw you towards objects you might have otherwise missed.  All of this only adds to your immersion into this fantasy world. 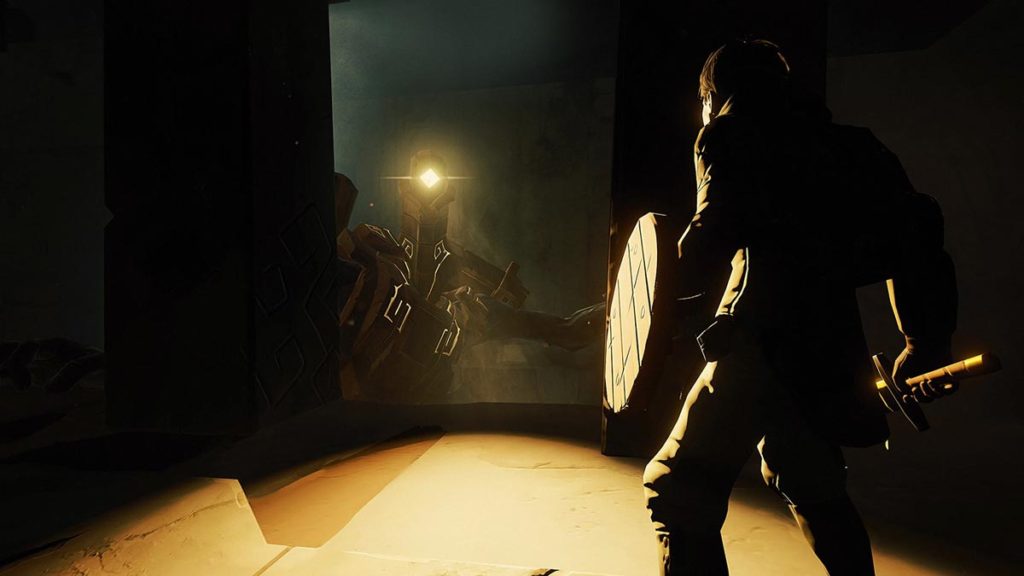 Chronos is one of the most well-rounded games I have ever played, in or out of VR.  You’ll undertake this adventure and be instantly drawn in by the mystery of events that are unfolding before you.  It will test your skills as a gamer, highlighting your faults while making you bound and determined to surpass them and get back to the adventure. The plot that unfolds is a dream any true adventurer would want to be a part of.  This is one of the most complete(15 hours or so) and fulfilling games that I have ever played with a great story and gaming mechanic not seen in any game before, let alone in VR.

What Would I Pay?I would be happy paying $50 for this game if not more.  This is one of the most complete virtual reality games currently on the market.  The developers did a nice job submerging you in this epic fantasy adventure and even though the RPG elements are a little light, the overall experience is undeniably amazing!

Gunfire Games provided theVRgris with a review copy of this game and, regardless of this review, we thank them for that!