I’ll give Project Lux this; I have never played a VR experience quite like it.  The premise is simple as you play an agent, tasked with visiting artist and creators to establish new emotions for people with ‘cyberbrains’.  What are cyberbrains you ask?  Well they are people who have chosen to be, for lack of a better term, plugged in, sharing all their memories and thoughts like a hive mind and because of this, those whom have chosen to not have cyberbrains are actually quite rare and are studied to create new experiences for cyber brain people, who lack emotion thanks to their communal consciousness.   The opening moments establish that the agent in question is charged with murder and that the experience is actually the memories of the agent and his interactions with the victim, Flux in the days before here death. 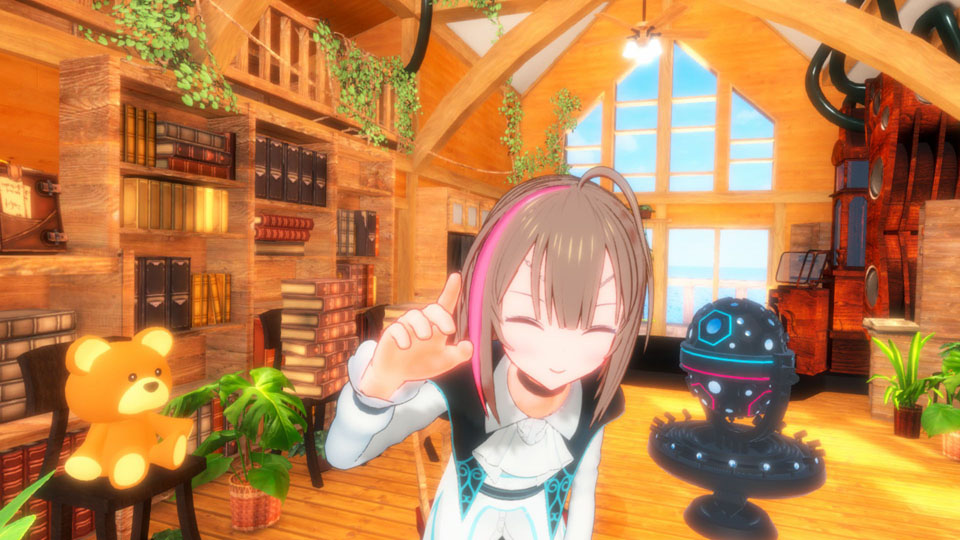 Meet Lux, you’ll be seeing a lot of her.

The DS4 is the only option here and is barely used as a bulk of this experience has you just sitting back and watching the story unfold around you.  Occasionally you are tasked with highlighting an item to push the conversation along, but the for all intents and purposes, this is a 1st person VR film.   Sitting back and watching the movie is easy enough, but thanks to some bare-bones localization, the option for viewing this in English is only subtitles and this is narrative heavy so prepare to read…a lot.  Project Lux is broken up into 5 separate episodes and is told entirely from the viewpoint of the agent as he, for the most part, is sitting in a chair talking to Lux.  Events unfold, things get a little weird and a very late game choice let’s you decide whether you get the good ending or the ‘you chose the wrong ending’ ending and you’ll know which one you got, possibly forcing a replay of the last chapter should you feel a little ripped off by your poor choice.

Project Lux looks good in the headset thanks to the 3D anime-style of animation, motion capture of Lux, and the very bright color palette used.  With that said, you really only visit one setting, Lux’s house, and only in 1 room at that so as good as this looks, the lone setting gets monotonous pretty fast.  Luckily Lux is animated very well thanks to solid motion capture and is the star of the show jumping through emotions faster then even the most erratic teenager.   There are few moments that mix up the visuals thanks to a holographic projector that can change your surroundings, but for the most part it’s just you on a chair in a room having conversations and philosophical debates with Lux. 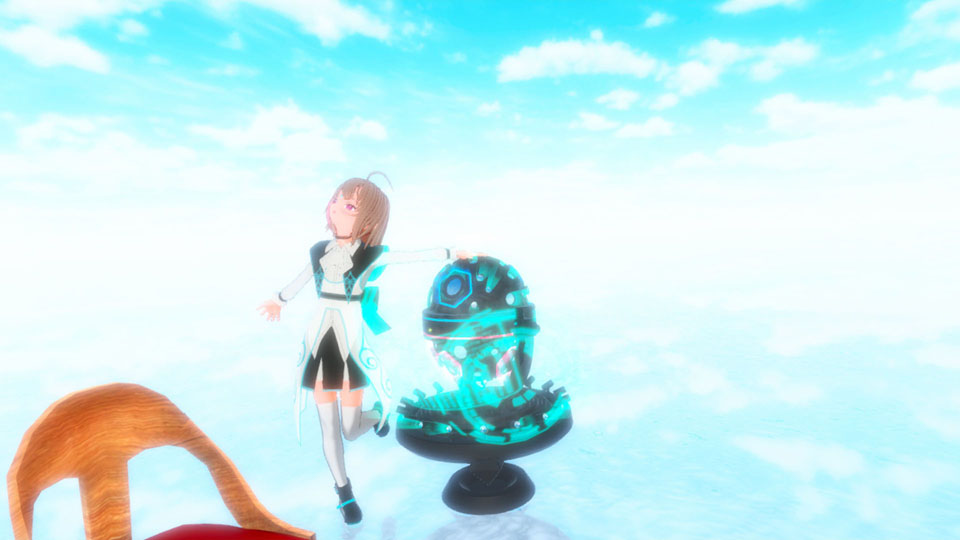 The scene changes are nice, but there just isn’t enough of them

Arguably the performances here are great…I think.  As I said, English subtitles are the only option with all the performances being handled by Japanese actors.  The 2 stars do an excellent job at their respective rolls; emotionless robot and erratic artist with the latter amusing me throughout the game, despite my issues with that character.  I just wish we could have gotten a better version for English speaking audiences as no matter how I felt about the performances, with this much acting in a game, reading through it all in VR is not the best way to enjoy a cinematic story.  With that said, the translating was done rather well when compared to other localized titles and the language used in the text still read quite naturally.

There are a few issues to bring up, the 1st is those subtitles, which just suck.  Reading in VR isn’t the most ideal of mechanics in any game and having the entirety of this experience requiring those who don’t speak Japanese to do so is a tough sell.  Beyond that though is the way the subtitles are displayed which is white text on a black bar in front of you that’s mapped to the headset so no matter where you look, that bar and text is there.   Even when no one is speaking, that black bar remains in your vision, always obstructing your view and occasionally getting in the way when Lux gets close to you.  Speaking of Lux, she is an intelligent young woman who can contribute to philosophical debates but has all the emotional control of a child.  She comes off as being a well-developed character in some moments, then devolves into teenager girl so many times throughout the experience it’s a little offensive.  That offense is added upon by the light sexualizing of her character who looks underdeveloped for her age (that’s the games words, not mine).  It adds a creep factor I wasn’t really a fan of and while the moments that address her sexuality are few compared to the over-arching story, when they pop up, I couldn’t help but feel that I just wasn’t the target audience for this experience.  The initial 2 chapters are fairly slow and repetitous, but once the 2 characters develop a rapport and start debating the state of a society with cyberbrains, I enjoyed the conversation and some of the writing is really well done.  The last issue I have to mention would be the agent’s words not showing up in the initial half of the final chapter, forcing me to miss some vital moments in the conversation and confused about topics brought up when the subtitles kick back in. 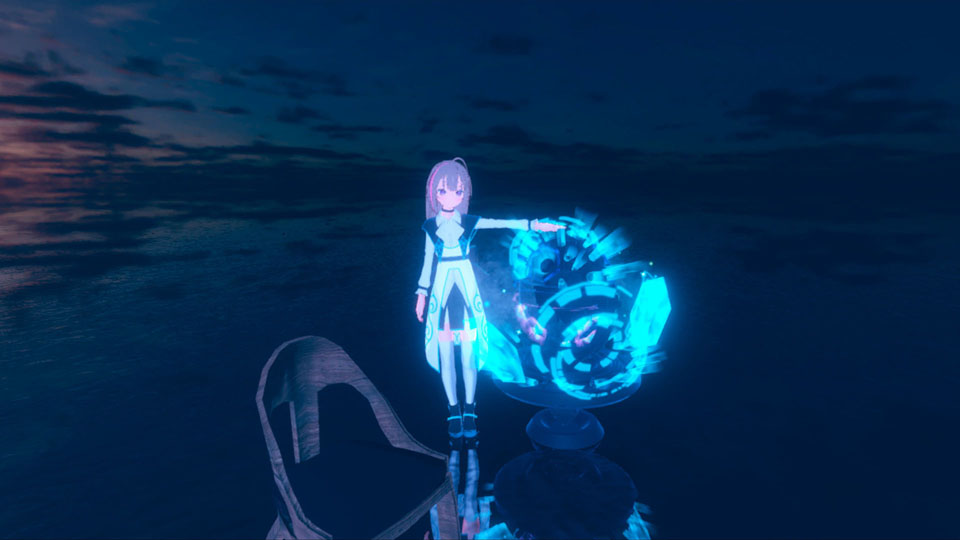 When the ending comes…choose the the right ending

I enjoyed Project Lux for what it is, a stationary 1st person, narrative heavy, movie in VR.  With that said, the bare-bones localization, poor and missing subtitles along with the almost singular setting makes this a hard experience to recommend except to those with patience or who understand Japanese.  I didn’t mind the overall story, but this boils down largely too 2 people on different sides of a philosophical argument about an issue that is interesting, but largely unreleatable.

What would I pay?  This is $25 in the US and too expensive for what it is.  If you are still curious about this, even after this review, then you’ll probably enjoy it but in its current state, I don’t think this is worth more then $10…maybe $15 tops.

Sekai Project provided The VR Grid with a review code for this title and, regardless  of this review, we thank them for that!