Perfect Angle is a casual indie puzzler in which you must stare at a jumbled mess of broken artwork, from a certain angle, lining up the pieces so it looks like a complete item. This takes advantage of a cool optical illusion, where you can only see an item when looking from a certain perspective. This is an excellent idea for a puzzle game, and I was excited to see where it would go. Unfortunately, the gameplay in Perfect Angle falls flat, due to badly-designed puzzles and somewhat poor programming. 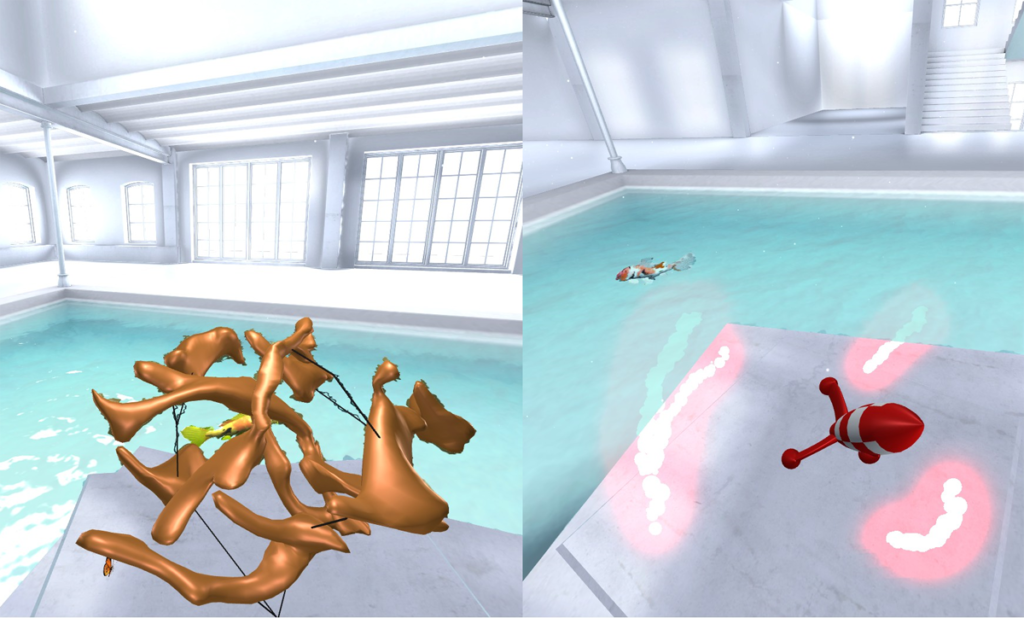 I struggled to look at this from every possible angle, and I guarantee you, it NEVER resembles a rocket ship

Very, very few puzzles actually looked like the items they’re supposed to, regardless of the angle you’re looking at it from. I often stared at items from the “correct” angle, with the game not registering my success. In almost every puzzle, the game counted my success (based on the incidental location of my headset) even when I had yet to see the correct image.

The image slightly blurs when you’re close to a correct solution, but this doesn’t make the game any more intuitive. I learned that by following the blur patterns, I can beat puzzles without even thinking about the correct angle to gaze from. The game offers hints, which only slightly help, but also lets you skip frustrating puzzles. Between all these factors, it was extremely rare that I’d solve a puzzle thanks to my own intuition. They’re either too easy, or too hard.

The graphics in Perfect Angle- Zen Edition are visually pleasing, centered in the middle of a bright-white koi pond. This environment, while boring, is well-designed and genuinely relaxing. The game’s user interface is mediocre, however. Pausing the game sends you straight back to the main menu, and pressing the exit button closes the game when I thought it would resume it.

The game allows you to rotate the statue using the trackpad, but these controls are slow and unresponsive. I found the best way of playing to be physically walking around the sculpture in room-scale. Although this helped the gameplay, it resulted in my cable getting more tangled than I expected from such a casual game. Additionally, since this game requires you crane your head to look at the item from all different angles, it made my neck incredibly sore by the time I was done. 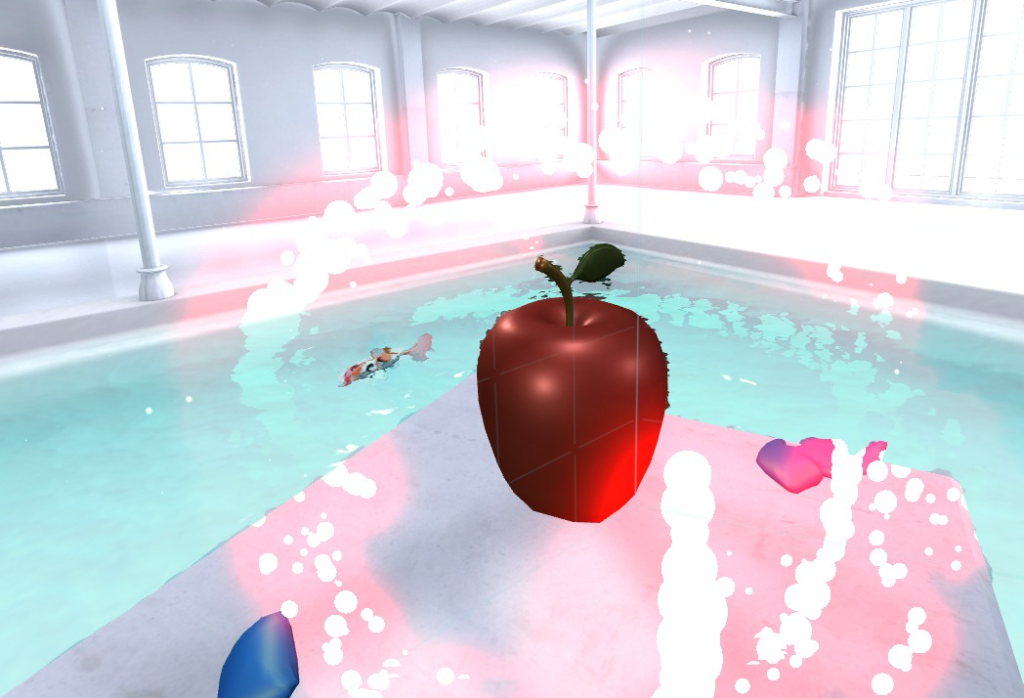 While the atmosphere is relaxing, this doesn’t make the game any less boring

What would I pay for it?  I would probably pay a couple bucks for Perfect Angle VR- Zen Edition, only for it to indefinitely sit in my Steam library. This game uses a unique optical illusion as its gameplay mechanic, but feels too unresponsive to succeed. It’s not a bad concept, but it doesn’t work as intended and isn’t very entertaining as a result. I would not recommend Perfect Angle VR for its full $10 asking price.