Neverout takes VR puzzle solving to its most basic and is still one of the most mind-bending games out there.  Originally releases for the Gear VR sometime ago and ported across all the major headsets, Neverout is very reminiscent of the ‘Cube’ series of movies in that you are placed in a cube shaped room and tasked with finding the exit using only your wits. 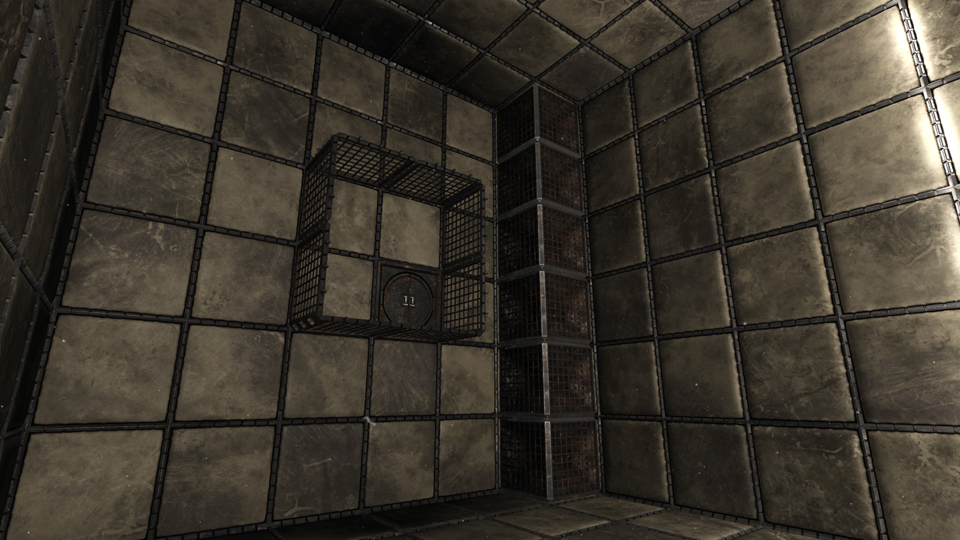 The mechanics here are just about as basic as they come with you only being able to move in any singular direction, one square at time reminding me very much of classic first-person dungeon crawlers from the 90’s or the more recent ‘Crystal Rift’ VR title.  The one key puzzle element to Neverout is that you can effectively walk on walls, rotating the entire stage around you.  Once you hit a wall and walk forward again, that wall now becomes the floor.  Rest assured, for those that need it there are a few comfort options that adjust that transition and make things a little easier on those with more sensitive constitutions.  Those who play the PSVR version can switch on the fly between VR and non-VR but unless you can’t handle those transitions, stick with VR, it’s more immersive that way.  A single  Move controller can be used as well, but doesn’t change up the gameplay in any significant way.  Initial puzzles let you get familiar with this mechanic with you finding the right wall and platform to jump off. New elements are introduced in the form of large blocks, magnets that hold said blocks in place, electric fences and even teleporters.  There are over 60 stages available in the game offering up a couple hours of game play at the very least and will probably take the average joe closer to 3 or 4 to complete all the puzzles.  There is no story, just you and the cube and once you manage to fall on that stages exit, you just get dropped into the next one a face an all new challenge. 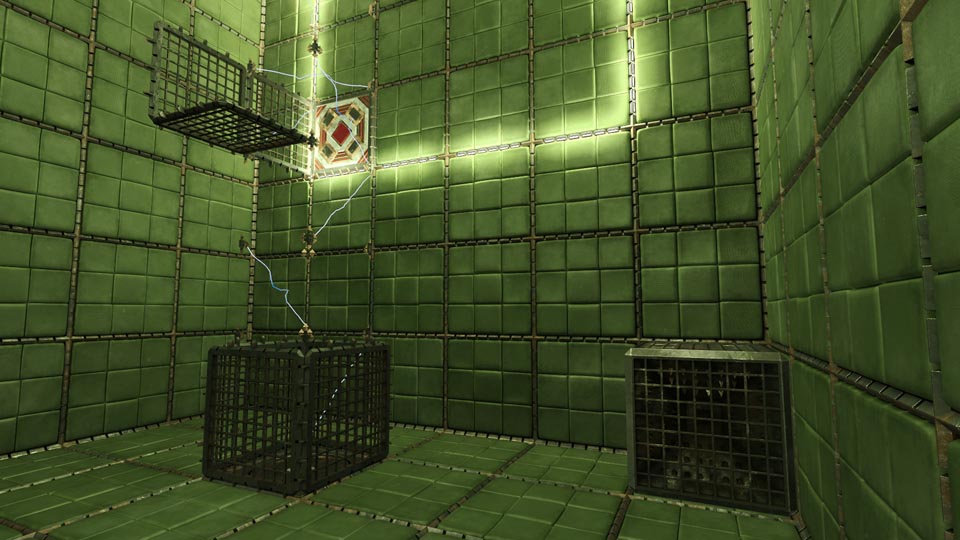 These levels can be shocking…I’m sorry for that.

There not much variance between the stages, other then that levels specific items.  Many of the Rooms are all very grey and dark and definitely don’t elicit any kind happy emotions but do give the feeling that you are in some kind of twisted experiment.  Some lighting effects, mostly in the electric and teleportation levels, change up the hue of the game, and other smaller elements may give a quick dose of color, but the for the most part a bulk of the game uses those darker tones.  It may not look to impressive from screenshots or flat vids, but the look of the game, though simple, does more then enough to immerse you in these cube-like puzzles.  There is next to no audio to speak of other then a few effects when things move around the room when you shift them or if you manage to kill yourself which is hard to do, but not impossible along with some background piano music that keeps you on edge as it seems to kick in randomly .

Neverout doesn’t really have much in the way of flaws.  The puzzles are very contained with the only issue being the shifting mechanic, which can be very disorienting.  I have an iron-stomach when it comes to VR and think of myself as being pretty good at puzzles, but even after playing through over half the stages, it’s still very disorienting when these levels shift.  I often found myself, planning a few moves ahead and just walking and shifting as I planned because if I stopped to look at my surrounding after a shift or 2, I found myself losing my bearings, even though I was right on track.  This really isn’t a fault of the game, but I thought I would mention it as it really was the only issue in this relatively contained game. 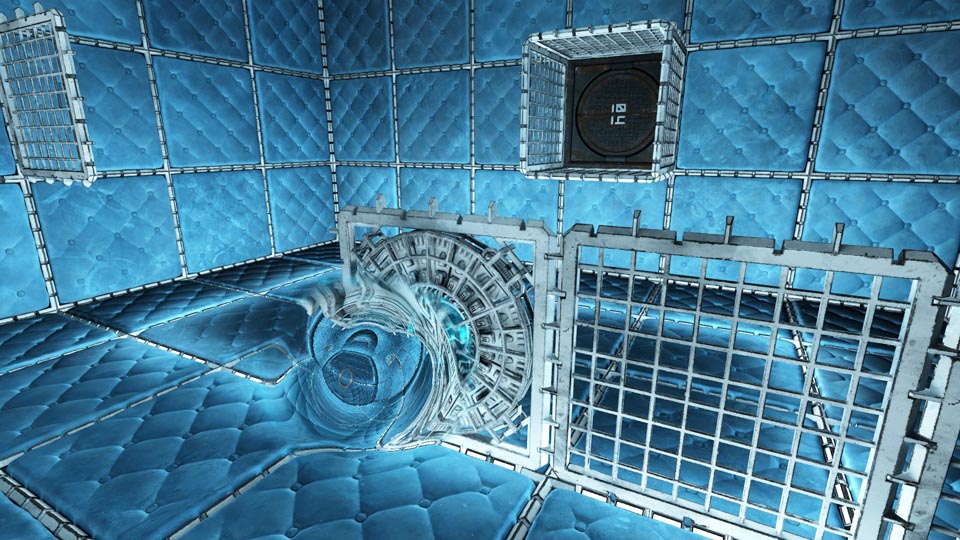 The teleportation levels add a whole new level to the difficulty

With over 60 puzzles, there is more then enough game to make any puzzle junkie happy.   The room shifting, though disorienting at times, is a great mechanic made better by VR.  The puzzles range from incredibly easy to frustratingly difficult  which is exactly what I want out of games of this type.  If you are looking for something new to flex those brain muscles, Neverout is a solid VR puzzler.

What would I pay?  The $8 price tag is an easy ask.  It’s a simply designed puzzler with a great mechanic that hooks you and never lets you go.  It’s so easy to just play 1 more level over and over as each is typically solvable by a handful of moves but figuring those moves out is way easier said then done which makes for a great puzzler.

Gamedust provided The VR Grid with the PSVR code for this title and, regardless of this review, we thank them for that!