Blind Spot is a walking sim puzzler where you must unravel the mysteries surrounding the events leading up to you and your siblings’ current plight.  You find yourself in your very large family home looking for your lost sister with only a cell phone to aid you in your efforts.  However, someone is toying with you through cryptic text messages guiding you through this mansion loaded with obstacles, puzzles and memories. 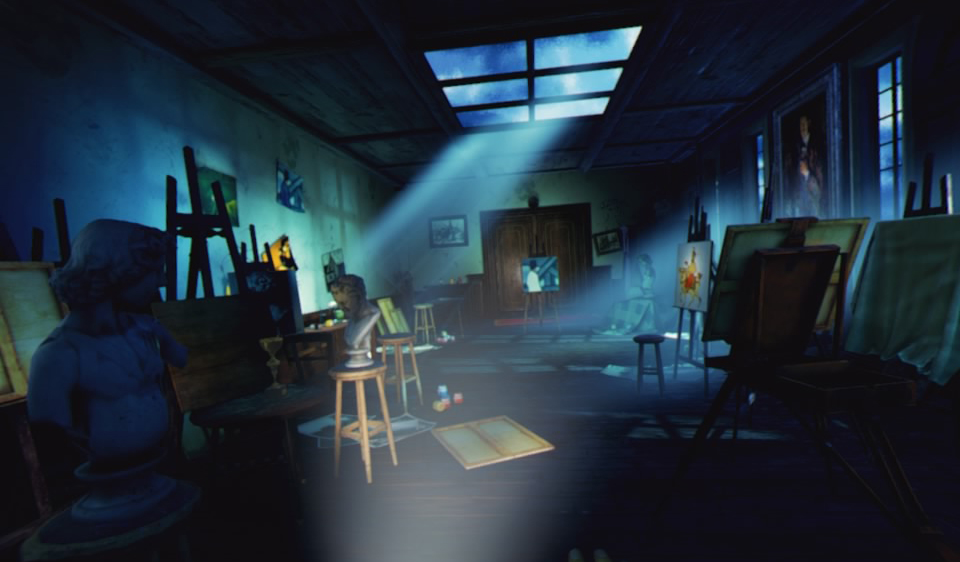 Each room feels very authentic and lived in

This controls like most first-person titles utilizing the Move controllers to walk around with comfort options allowing for click or smooth turning though the latter is quite slow and those looking to speed up the gameplay might opt for the click option.  A recent update also includes a slider for your walk speed which I’m grateful for as the original pace was incredibly slow and now you can move at a more regular human pace.  Walking forward is handled by the pressing the Move button on the left controller with the ‘X’ button allowing you to walk backwards with the face buttons on the right controller used to turn.  Even with the newer locomotion options, the game still feels more like you are controlling a tank than a human but given that this is all about story telling and puzzle solving, it’s not a game breaker.   You can interact with specific items in the environment, typically just to solve whatever puzzle you are currently working on though collectibles are scattered throughout the game to give you something a little extra to do.  Your phone, which is always in your left hand, is pivotal in telling the story, accessing all your menu options (maps, items, notes…) and is also used as a flashlight which is handy in the darker sections.   It did annoy during some puzzles that I couldn’t put the phone down and use my other hand to grab items as some puzzles require a few objects to be moved to solve them forcing unnecessary back and forth just to move the smallest of items. The person behind your circumstances texts you throughout the story pushing the narrative along as fast as you can solve whatever dilemma lies before you.

The ghosts from your past will lead you to the truth.

Blind Spot looks surprisingly good and while almost all the game takes place in the mansion, there is a high level of care and detail to just about everything in the game.  That said, aliasing does seem to be cranked up a bit with some slightly blurry visuals.  Rooms are elaborate and there is a huge Resident Evil vibe in this mansion with puzzles that are overly complicated and would almost be obtuse save for the obvious clues that steer you in the right direction.  Some wonderful lighting effects are at play as is a time mechanic that takes the mansion, or more specifically the room you are in, back in time with a very cool transitional effect that I enjoyed every time I experienced it.  The pitter patter of rain against the windows was a great touch with rooms throughout the house coming in all sizes from smaller bedrooms to massive libraries and just about everything in between.  As you unravel the houses mysteries, you’ll see some more fantastic and surreal visuals that look quite striking at times and while I won’t ruin their context, they were much appreciated and despite the blurry visuals I found many moments in this game to be quite beautiful.  A room with a spinning center took me by complete surprise and was a very cool effect in VR with many other nice touches that I really didn’t expect from a title I thought would be much more generic then it is.

Audio is much more a mixed bag with almost the entirety of the story told through those text messages I mentioned earlier.  Music is haunting at times and falls into the background as you navigate the mansion with ambient effects like doors creaking open or that pitter pattering rain adding a wonderful sense of realism to the game.   The sound of your foot steps is also a little intrusive, especially if you crank up the walk speed as it goes from normal paced walking noises to the sounds of shuffling feet akin to Stewie from Family Guy.   Anything you can interact with does make the appropriate sounds so while nothing audio wise blew me away, everything in here gets the job done and that’s really all I can ask for from a title like this. 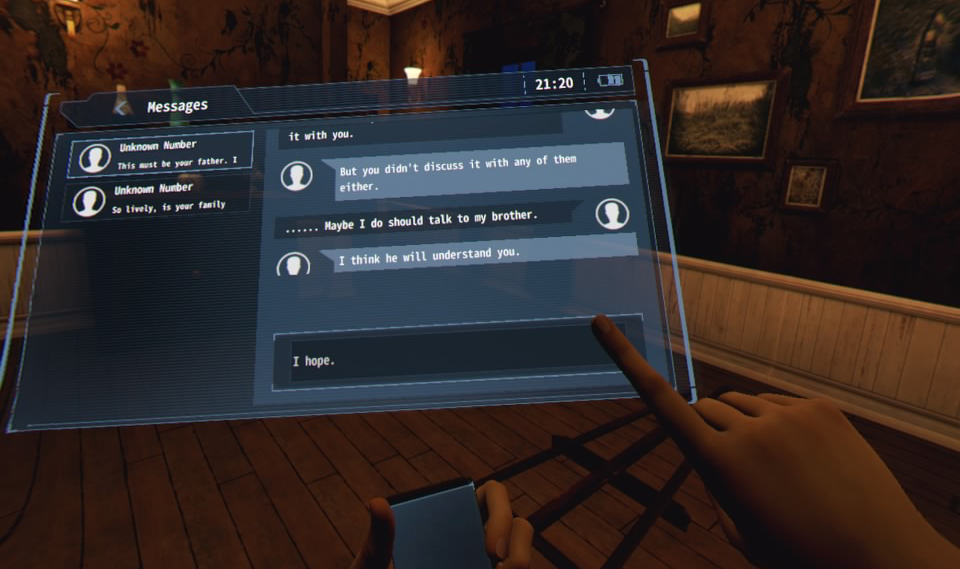 Almost all the story is told through text messages

As I said the controls are a tad cumbersome but besides that issue, I really enjoyed playing through the campaign, which took me around 6 hours or so get through all 3 chapters.  It’s not perfect with my second largest issue being the broken English that pervades much of the conversations in the game, especially in the first chapter.   The English is so laughably bad at times it was unclear what exactly anyone was talking about it though thankfully this issue seems to get better after the 1st chapter and was never broken to the point of complete miscommunication, but did make some moments a little challenging  to follow.  Every puzzle is unique which I very much appreciated as I never knew what the game was going to throw at me next.  A few puzzles utilize notes with obvious clues to help arrive at the solution but just how different each is from the last was a great treat with some being as simple as looking for a combination to a safe while another may have you reflecting lasers, painting a picture, playing a piano and a host more that were all enjoyable.  When the game originally released, only 2 of the 3 chapters were available leaving players with the dreaded “To be continued” ending though for those that do purchase it, the 3rd chapter is available as free DLC from the PS store with the last  chapter bringing together the stories told in the first 2 parts though I’m not going to lie, even without the translation issues, I found the story a little hard to follow and based on your choices made in the final chapter you get 1 of 4 endings though I only finished it once with very little desire to do so again as the convoluted narrative is not this game’s main attraction. 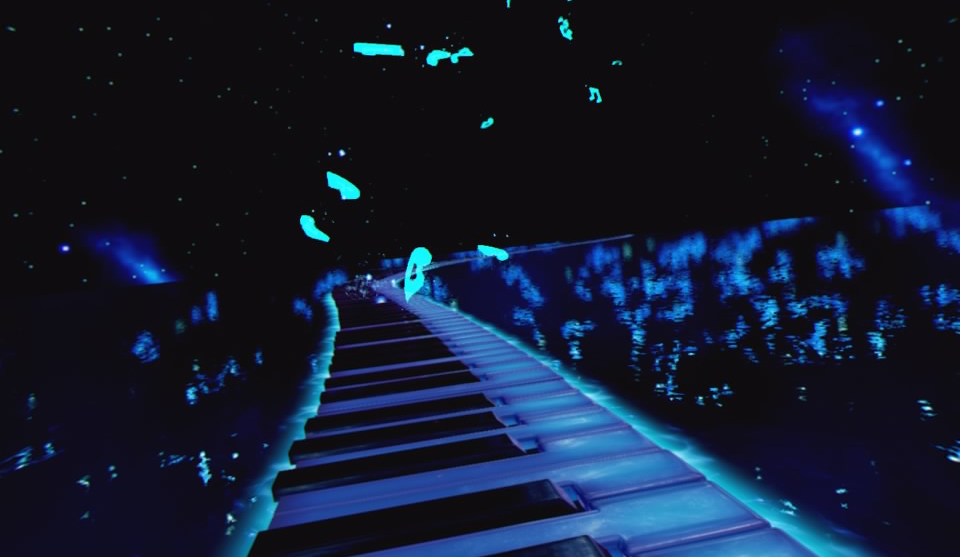 There are some very slick moments in this game

When it’s all said and done, Blind Spot delivers a quality puzzler with an obtuse story that isn’t bad just a little confusing.  Beyond that though I enjoyed the amount of and variety in the puzzles presented along with the decent presentation and attention to detail in many of the rooms.  The release of the 3rd chapter does complete the pack quite nicely with the campaign having a decent length for a storied campaign.  If you are a puzzle junkie then Blind Spot offers up some creative and interesting puzzles along with an intriguing, albeit difficult story to follow and when it’s all said and done, I enjoyed my time in this crazy mansion.

What would I pay?  $30 isn’t a crazy ask for this but if you are on the fence, waiting for sale isn’t the worst idea ever.  If the English translation was done better I’d say this is definitely worth grabbing now but I can see where people could take offense to this as it does hurt the serious nature of the story as I often laughed at the terrible language used which I’m pretty sure isn’t what the devs were shooting for.

DeerVR provided The VR Grid with a press coded for this title and, regardless of this review, we thank them for that!