Neonwall is an action platform puzzler that takes the simple aspect of rolling a ball down a path and adds layer after layer of obstacles and mechanics to ensure that you can never relax in your efforts to get that sphere to the end.  The initial simplicity disguises just how complicated this can get and if you aren’t great at thinking on your feet, then you are in for a world of hurt! 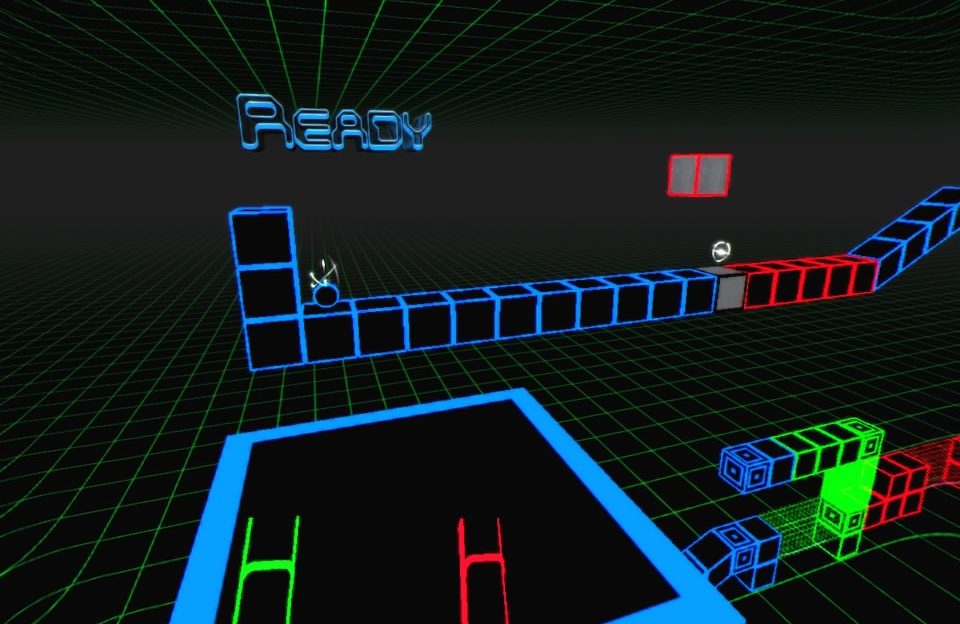 For this game, it feels like I’m never ready!

In VR, Neonwall supports DS4, or dual Moves, but given just how difficult the stages get and how demanding it is on your quick skills, the DS4 becomes insanely hard to use. You are armed with 2 guns with the DS4 guns being locked in place and mapped to each joystick while the moves let you hold the guns in your hands.  The major mechanic with these guns involves changing the spheres color to match, or not match the path the ball rides on from one of 3 colors.  If you match the color of the ball to the color of the track, your ball gets a boost.  Barriers may block your ball requiring you to match that color, or not depending on where the path is to get to the end of the stage.  As you progress further other mechanics introduced involve shooting color specific barriers, moving platforms out of the way, or keeping the ball on them while you move them.  There is 3 life system at play and the levels are static, so you can memorize what your reflexes may not just be quick enough to react too but expect to fail a whole bunch.  Some stages have a countdown timer that gets re-upped if you reach checkpoints in that stage or the level is destroyed behind you and when these come during the latter half of the over 30 stages available, they can be stressful!

As the name suggests, everything here has a neon glow placed upon a black background making for a game that visually pops.  The tracks the ball travels on are built of cubes and are only on a single plane, so this plays like and runner-type game with you bypassing obstacles to get to it to the end.  While tracks are all bright and neon, the backgrounds are much starker, typically being minimalist with only outlines comprising most of those distant shapes.  What that style does allow is some massive scale backgrounds that look really slick and while the overall game design is simple, the visual presentation looks great! 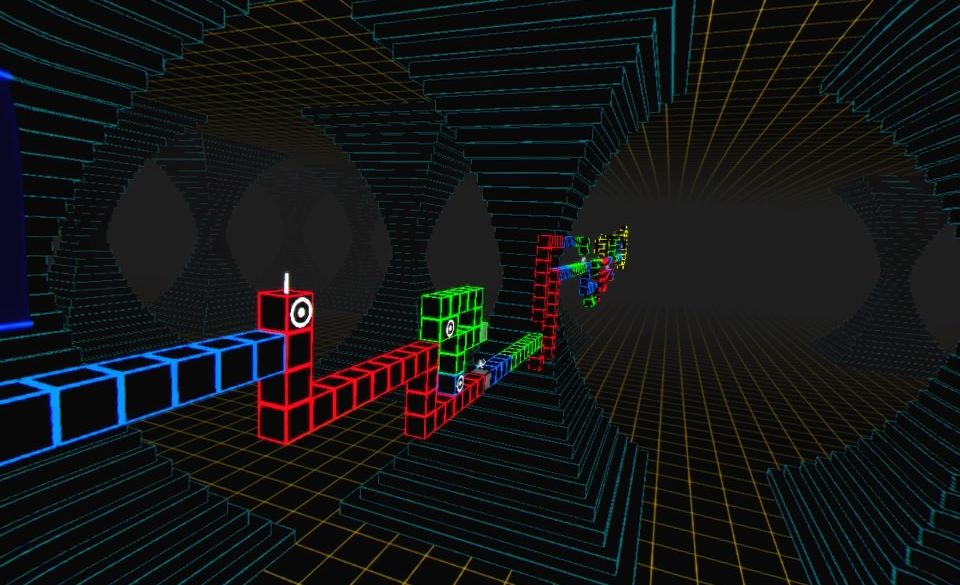 It’s cool to look down the length of the track!

Given the visual style, it makes sense that the soundtrack is of the electronic variety and includes a bunch of tracks that change up between stages or when you die.  Other level specific effects fit the action unfolding and whether it’s the course being destroyed behind you or the sound of your ball being destroyed by an electric trap, everything fits nicely.

Neonwall, for all it’s clever game design, is incredibly frustrating at times and relies very heavily upon quick reflexes and memorization and for those that just may not have those skills…it can be maddening.  On numerous attempts, I was forced to replay the same stages over and over and over and over because I just couldn’t do it.  It’s not a fault of the game, more of a warning that Neonwall just gets very difficult.  Balancing all the levels variables after level 10 becomes a huge challenge and I commend anyone who has beaten this game as I don’t have the patience to put up with my lack of skills.  The game has you on platform that occasionally gets in the way of seeing where your ball is when it is falling as the platform moves a little slower then the ball, making for some unfair transitions and loss of precious time as you get your bearings.  Otherwise it plays great, it’s just difficult. 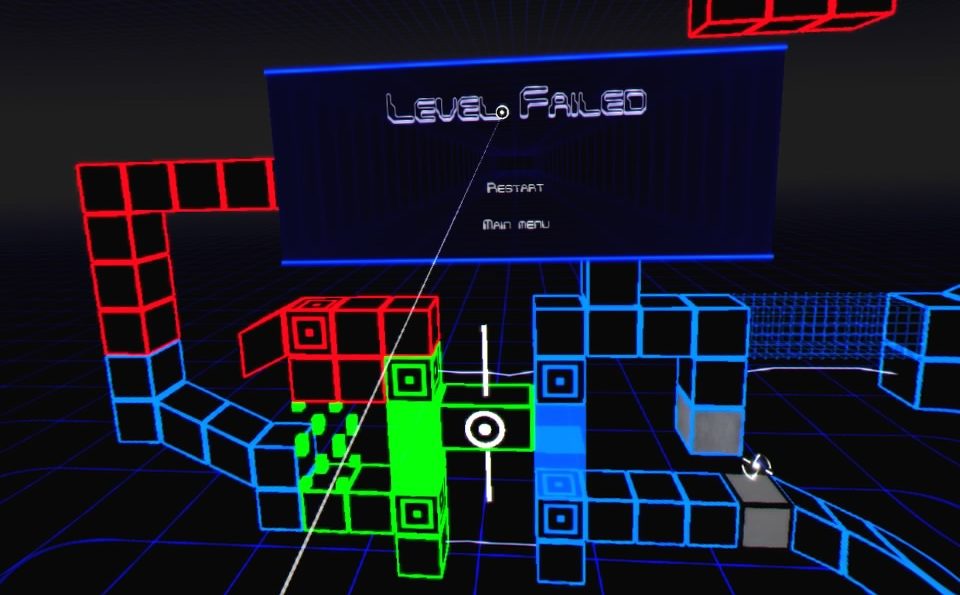 You are going to see this message a lot!

I enjoyed Neonwall for what it is, but it just might not be for everyone.  The physics are solid and the mechanics are simple, but the courses built around those mechanics make this an incredible challenge.   If you like pushing your reflexes and hand-eye coordination skills to the limit, then Neonwall will do that. It’s unforgiving in its difficulty but just as rewarding when you conquer that stage that’s been driving you nuts.

What would I pay?  $9.99 for this is still a great value despite my misgivings.  Neonwall isn’t going to blow anyone away, but for those who love challenge, this is guaranteed to offer that!

Jandusoft provided The VR Grid with a code for this title and, regardless of this review, we thank them for that!