Regardless of how I feel about a specific game, I love playing new genres in VR and while some may lump this in with games like Thumper or Starship Disco, Happy Drummer stands on its own as being a rhythm game that I think many will like. 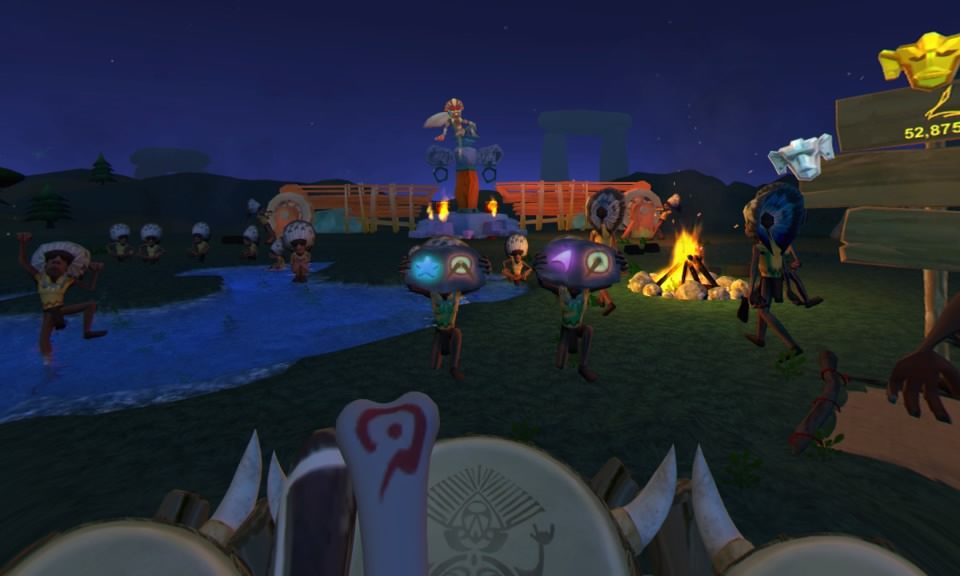 Get ready to drop a beat!

Happy Drummer is both in VR and non-VR, but for the sake of this review, I’m basically going to ignore the non-VR stuff.  Utilizing 2 move controllers you need to bash 1 of the 3 or 4 drums in front of you as arrows, stars and rings fly toward you which drums you need to hit.  It’s easiest to compare this to rhythm games like Guitar Hero, only to the beat of the drum. Only on the hardest difficulty did I really miss having actual drums in front of me but by no means is the lack of real objects to bash game breaking.  Arrows require you to hit a singular drum, stars require you to hit a drum with both sticks/bones and the ring means you need to tap the rim of the drum.  Easy in writing, but depending on which difficulty you play on, things get nuts!

There are only 2 stages, and each contains 4 songs with 3 difficulty levels each.  There is an additional song that lets you drum to your own beats, but it’s really only for those that just want to mess around.   I loved the difficulty levels here as each felt exactly like it should.  Normal provided little challenge and allowed to progress with ease at that level.  Hard ramps up the pace nicely and I ended up scoring a ‘good’ rank more than anything else.  lastly is ‘Lunatic’ and it is aptly named.  The prompts that fly your way are fast, frenetic and induce a sense of almost utter hopelessness as you try and keep up.  That said, just a little practice goes a long way and it wasn’t to long until I was holding my own at this difficulty, though reaching the global high scores still seems like an impossibility at this point. 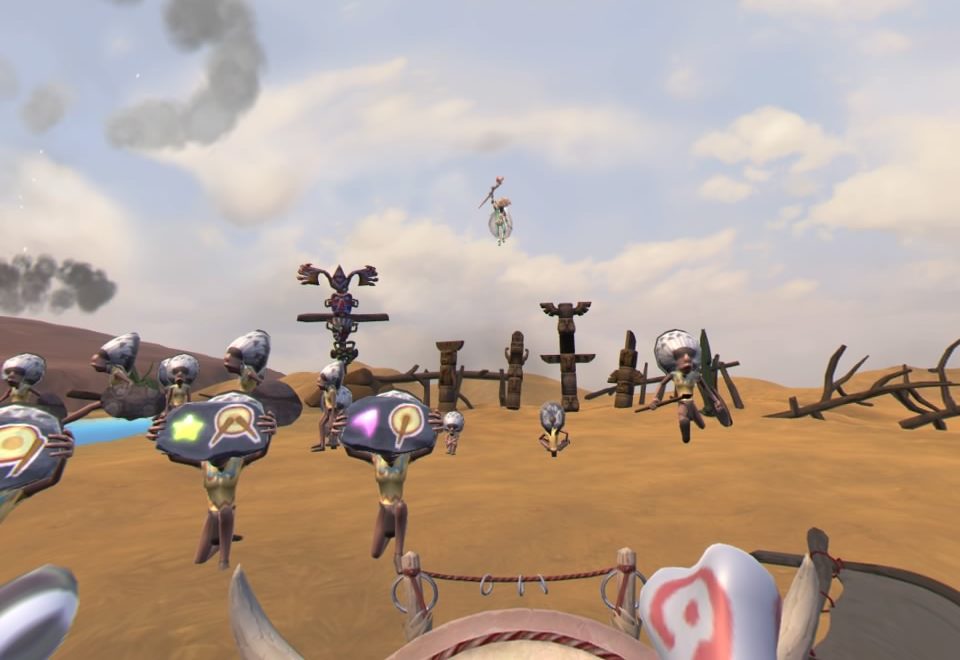 Day or night, the game stays the same

The 2 stages are slightly different in design and switch off between day and night.  Some Native American dudes dance around you while the chief(?) seemingly summons the prompts from the sky above you.  Each song adds some odd audience members in the form of dinosaurs, lizards and maybe even a Greek god, each who dances along to the beat.  Everything is cartoonish in style and does look a little on the cheap side.  None of the models carry a lot of detail and animations are recycled and often janky with the overall look of the game being a little cheap.  On the audio side, the songs are all harmless fun with no vocal tracks, just instrumentals that require you to supply the beat.  Truthfully, the songs really blended together, and I had a hard time distinguishing one from the next.  With that said, I didn’t really care about that as the challenge of each song distracted me from both the audio and visual foibles.

As I mentioned, you are ranked on just how well you do and obviously the better you do, the better your score and rank.  Should you do to poorly though, the game will not let you proceed to the next level.  There are also leaderboards, both local and global and while global is the standard chart listing the top players, local offers up an interesting little addition.  Upon finishing a song, you can draw an image into a board and that image is then displayed above your name.  It’s a cool little distraction that does make you care a little more about score chasing. 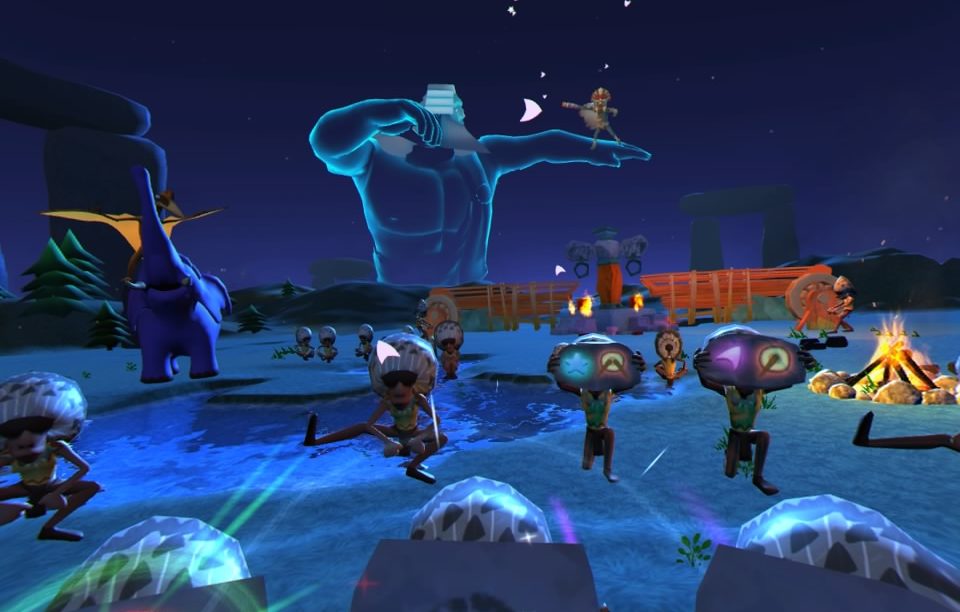 Well, I have never seen Zeus do that before

By no means is this amazing, but I still had fun.  The visuals are below an expected standard and I would have liked a few more stages but I can’t deny just how much I enjoyed my time in Happy Drummer.  It scratches an itch I wasn’t aware I had and seeing myself improve in only a short amount of time is motivating me to come back and see if I can’t master each stage.  If your looking for a short fun time in VR and another game to challenge your friends in, than Happy Drummer is probably for you.

What would I pay? The $10 asking price is fine for this.  You could breeze through all the songs in around 30 minutes or so, but to master each song will take you probably closer to 2 hours depending on just how mad your skills are.  This is some good, clean fun!