Eleven Eleven is not a game but a cinematic experience very similar to what we got in one of VR’s best titles, ‘The Invisible Hours’ only in this one there is no ‘whodunit’ mystery to solve as instead you follow 6 different characters on the planet of Kairos Linea before the world is obliterated 11 minutes and 11 seconds from the games onset.  An introductory video briefly explains the planets history leading up to this point rife with violence, conquest, suppression and rebellion which goes along ways to filling in many of the blanks as you are introduced to each character. 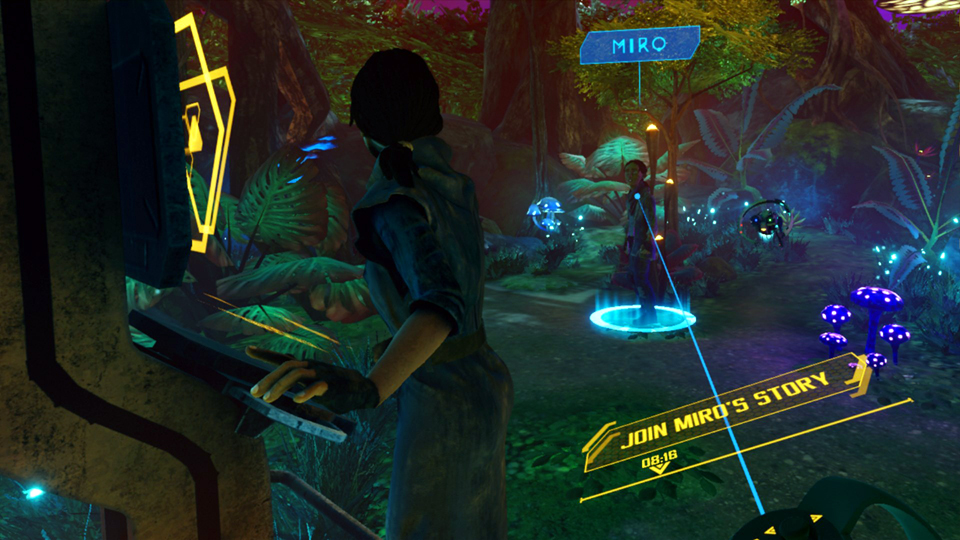 The timer is always counting down

Your 1st time though the game limits your controls and forces you to take in the plight of a mother and son as they try and escape off planet.  After that viewing controls unlock that allow you to pause, rewind and fast forward time as well as zooming in or out on the action and the ability to teleport anywhere around the map, exploring where other characters may have been at any given time.  It should be noted that for some reason, only the Move controllers are supported, which given how limited your interactions are seems like an odd choice as the DS4 would work just the same.  The 6 stories you follow also involve a rebel alien soldier, the leader of the company about to nuke the planet, her #1 officer, a bartender and robot all of whom interact with each other in 1 way or another.  You can view the entire setting from up high, known as Goddess Mode, which is a fun way to see where everybody is though loses all of the story as you can’t hear any of the acting.  The best way to view the story, at least at first is to individually watch each character in cinematic mode so you don’t miss any vital moments.

Opting for a more cartoonish look, Eleven, Eleven looks great in the headset and reminded very much of ‘The Great C’ in both the presentation and how this story was filmed.  The main characters all look good and carry a ton of detail up close, though many scenes have them at a distance whereupon much of those details are lost, including pupils making their eyes white only, which was a little distracting.   That’s not the games fault, as the screen resolution makes it difficult to showcase anything in the distance, especially when you consider just how large of an area this takes place in.  It’s a city on an alien world yet everything seems very familiar be it a run-down part of town, bar, office or loading dock, all with a little sci-fi flare.  Distant ships take off outside the city and some simple lighting effects are here as well casting shadows where they should.  Some character animations can look a little off and stiff at times, but for the most part I thought the visuals did an excellent job at helping tell these short tales. 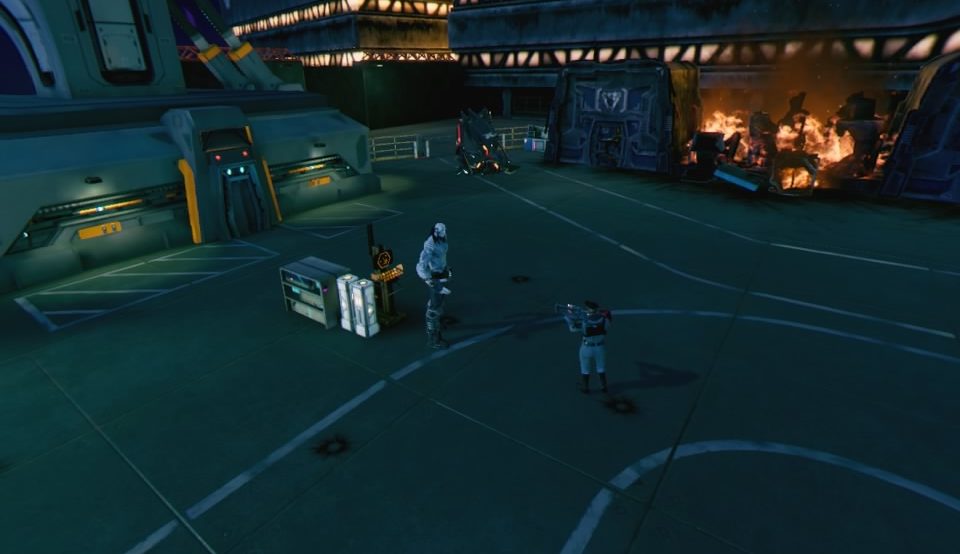 Seeing when main characters meet is always a treat

On the audio side, this is a very cinematic experience rife with music fitting individual scenes and some solid voice acting from everyone involved.  The performances are highlight and as each one only gets 11 minutes to make you believe in them and their motivations, the reliance on their emotions is pivotal into believing in this world. The 3D audio is spotty at best with it being more based around how far you are away from an audio source then what direction it’s coming from, making for some awkward moments when you are listening to 2 conversations at the same time or having a hard time hearing the conversation right in front of you, but those moments only occurred a few times throughout all 6 stories.

What’s missing from Eleven Eleven that I much loved in The Invisible Hours is the mystery.  I was enthralled by TIH as new mysteries were constantly introduced and character motives ever changed keeping me on my toes and wanting to explore the house.  In here, the story feels more linear and direct.  So much so that I never really deviated from the cinematic way the story plays by default.  After I viewed all 6 stories and unlocked the epilogue, I did go back in just to check on a few characters only met briefly throughout the branching stories but for the most part, these never really went anywhere and just added to the sense that world was still moving on around you, with out actually mattering to the story.  With that said, I did very much enjoy the separate stories and how they came together and wish this was longer as I would have loved to have spent a bit more time with each person.  Despite that, I thought the story telling was great, especially considering each person only has 11 minutes to tell their tale and the idea of these key events happening all the same time and even seeing them occur in the distance does make for an intriguing narrative. 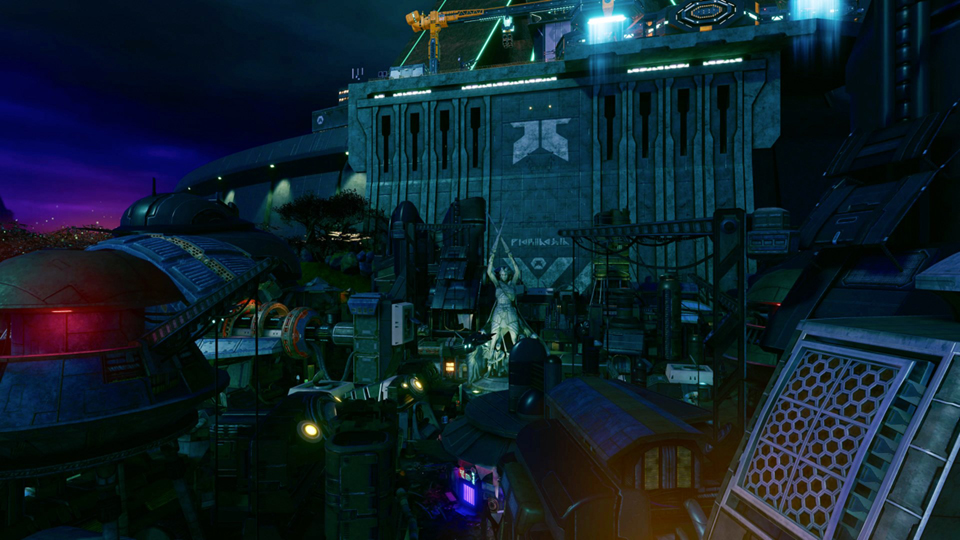 You can travel around a bulk of this city

While I would have loved to have spent more time in this universe, what’s here is still some great story telling.  The added ability to customize how you choose to view any and all of the scenes or just explore nearby areas is just cool and highlights the strength of the VR medium when it comes these kinds of experiences.  If you dig The Invisible Hours or are looking to experience sci-fi VR film, Eleven Eleven delivers where it needs to make for a very compelling experience.

What would I pay? Considering there is just over an hour of content here plus any kind of messing around and exploring you want to do after the fact, I do feel that the $20 asking price is a bit high.  Like I said, I enjoyed my time in here and the stories don’t all overlap too much as to make the games later viewing redundant, but I think dropping this to the $15 price range makes it a much more appealing package.