Ahhhh the apocalypse…I can’t count how many movies I’ve watched, books I’ve read and games I’ve played that have told me just how crappy our doom filled future will be.  Mutants roaming the countryside, lawless bandits waiting to kill you and clean water used as a currency are all staples of the end of society.  What I never expected was to roam the highways on my motorbike while hordes of busy motorists drive to and from wherever it is they are going while, for the most part, obeying the rules of the road. 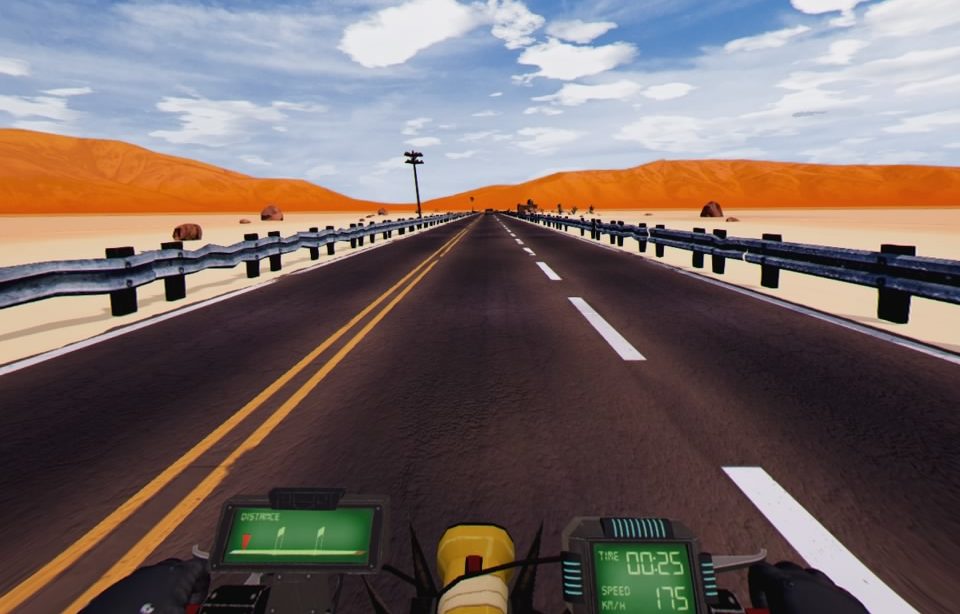 Apocalypse Rider puts you behind the handles of a motorbike as you navigate traffic to accomplish a variety of goals to get more money to buy better bikes so you can get even more money to buy even better bikes to get through the campaign.  With the DS4, your triggers are your acceleration and brake and you use the left thumbstick to steer or use head tilting, or both which is my preferred method of play.  You can also use Move controllers with the right trigger used to accelerate while the left trigger is used to brake, the harder you squeeze, the more you apply the brakes or gas with head tilting as the only turn option.  I think this is supposed to be more immersive, but the only way that works is if you hold your controllers out in front of you, as if they were the bike handles.  The main problem with that is your arms get tired after only a few rounds and resting your arms just defeats the purpose of using them…in my opinion.

The game starts you off in a small trailer where the options and store are available as well the level selections.  Once you start a stage, you’ll be given a goal to achieve like get ‘X’ number of near misses or get to the end before time runs out.  No matter what your goal is, basically get to the end as fast as you can while getting as close as you can to the vehicles without hitting them.  Every successful round gets you loot you can spend on better bikes.  Levels typically last around a minute and the further you progress the more challenging the missions get.  Should you be unable to proceed past a certain stage, you can revisit previously beaten stages to accrue the needed loot, though at a slower pace. 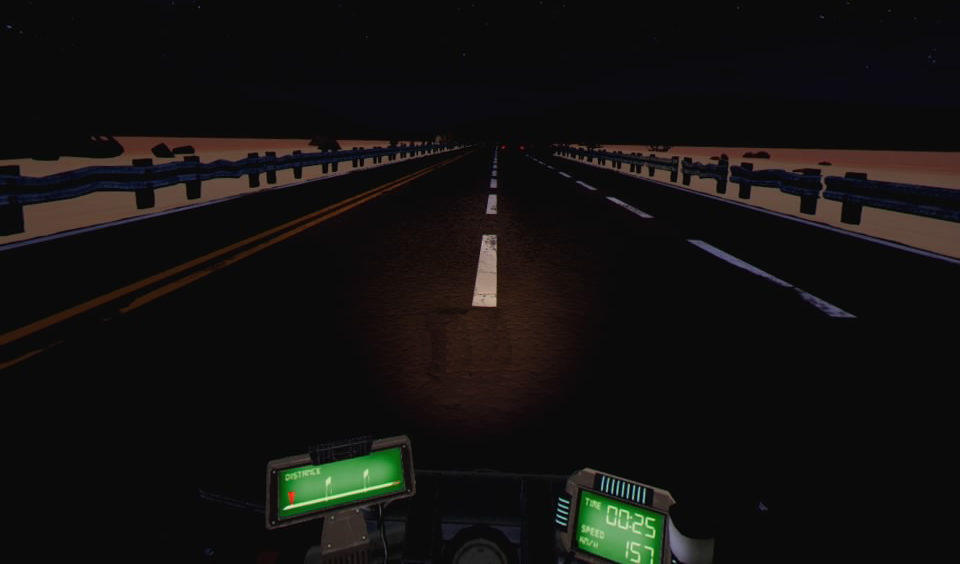 Apocalypse Rider is a bare bones visual experience belying its mobile roots.  Besides the highway, the traffic and the rocky desert surrounding everything, there really isn’t much else to look at, though it is the apocalypse after all so I suppose that should be expected.  Vehicles all seemingly have the same paint job and look rusty and dirty as if they were taken from the Mad Max universe as they come in all shapes in sizes from cars, pickups, semi’s, monster trucks and more.  If anything, the visuals remind me of a slightly more up to date version of Road Rash or Top Gear from the SNES days so don’t expect to be blown away by the look of the game. Road sizes change throughout the game ranging from a 3 lane one way all the way to a 5 lane two way, which adds to the challenge.  Music consists of 1, maybe 2, guitar heavy rock track and cars make generic vroom vroom noises that do nothing other then get job the done.

The most annoying aspect of this game is when the traffic switches lanes, seemingly just to screw you over.  The goal is to travel as fast as you can, but vehicles switch lanes on a whim, guaranteeing a crash at top speeds.  This issue only gets worse the further you progress. Even when  you unlock faster bikes with more sensitive steering, many crashes still feel unfair.  As I said, levels are short and even one crash cold spell doom for that run.  Secondly is just the repetitive nature of the game.  While you are given a few objectives, the only real goal is to get to the end as fast as you can without crashing.  Lastly would be the night time levels where some vehicles can be near impossible to see until you smash into the back of them.  I know it’s supposed to add to the challenge, but it comes off as a little cheap when you smash into the back of a car for the umpteenth time. 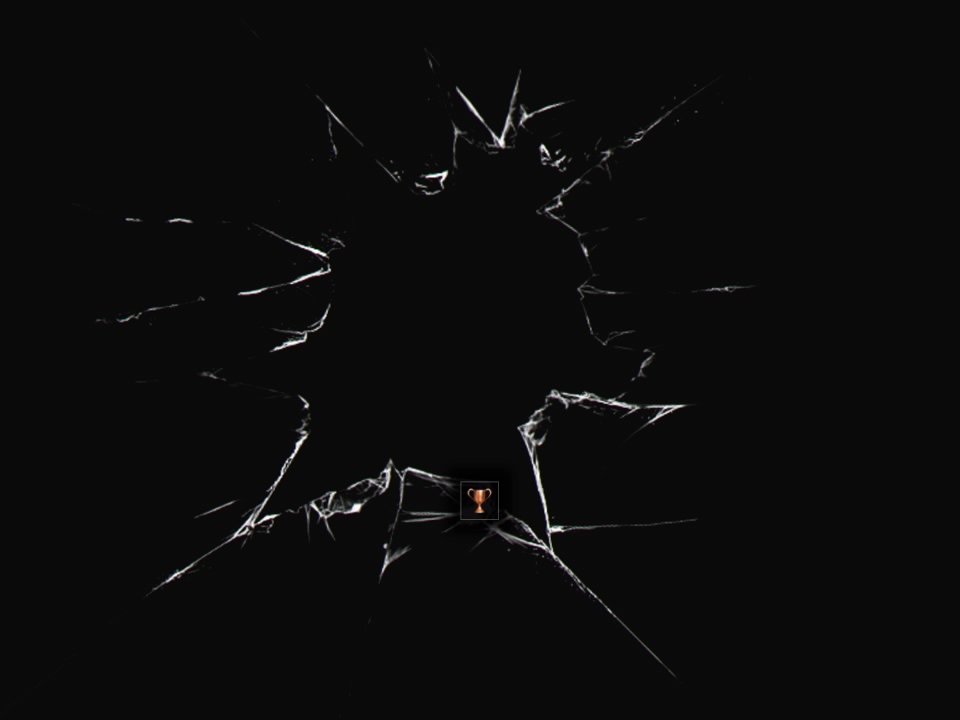 You are going to see this screen a lot.

Like most smaller games, this does what it sets out to do, but it’s not going to blow you away.  Everything from the mechanics to presentation is serviceable with a heavy reliance on repetition and the 20 levels available will probably keep you entertained for an hour or 2 depending your skills and luck.  Apocalypse Rider is a budget arcade racer that works and is fun though frustrations will set in during some races, the short time each stage takes makes replaying a small issue and the more you play, the better you will get.

What would I pay?  $5 for this is perfectly fine.  It kept me engaged while I played and besides the ridiculous lane changes, there isn’t a tonne to complain about.  It’s a small game for a small price and it works!