You wouldn’t expect a game called Flappy Arms to have much depth, and while there are certainly some flaws (stemming from difficulty mostly) it is definitely worth a pickup on sale, and is a fun game to watch other people play.  Improbable Industries went the clean simple route in building the game’s goal: stick out your arms, and flap them like a bird to avoid falling into obstacles. While you may be used to playing Flappy Bird from a side view, this game puts you in a first-person perspective, making you feel all the more desperate to not run in to anything. 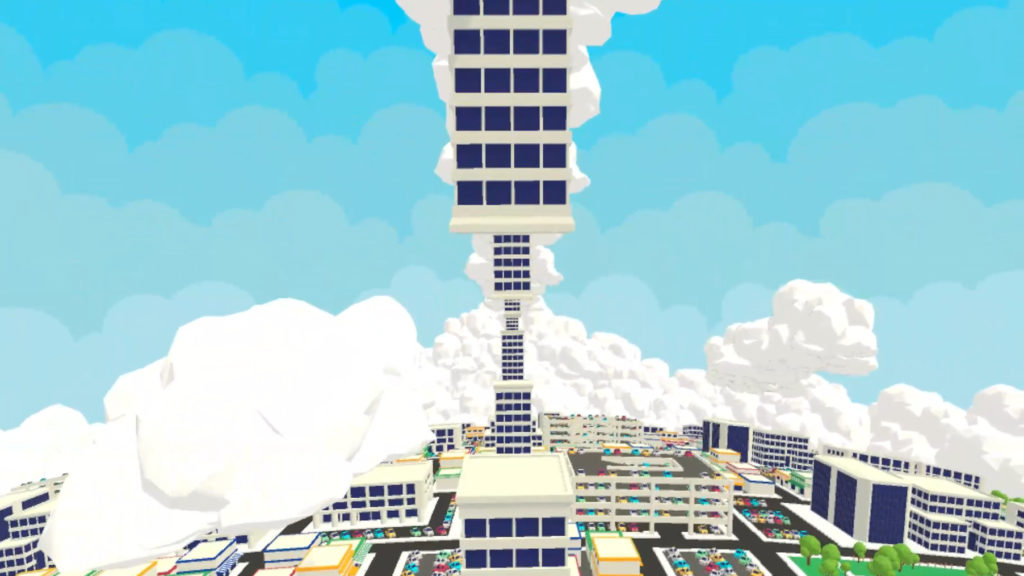 One of the major things that surprised me, was the number of settings the game had. VR enthusiasts are always yelling about giving gamers choices to play games how they want to play, be it with locomotion, comfort settings, anything.  Flappy Arms has settings for adding a “comfort cage” around you to reduce VR sickness, minor graphics options, turning on a spectator mode, and the option to clear local leaderboards. Yes, leaderboards.  Besides the local leaderboards, global ones were just added giving you a little more motivation to fly just one more time.

Ok, so the game is just like Flappy Bird, but in a first-person perspective. What about the environment? Flappy Arms takes a simple city design and makes it the basis of the story. You are a small bird jumping off a building, trying to get somewhere. Tall buildings get in your way and you must flap over them to get where you are going. The cityscape does feel a bit repetitive if you are doing well, but due to the challenging difficulty of the game it was not a major flaw. The music also gets repetitive, and I found myself humming it, not by choice, well after I had finished playing. You can however, turn the music off in the settings menu. The biggest flaw, is the difficulty. 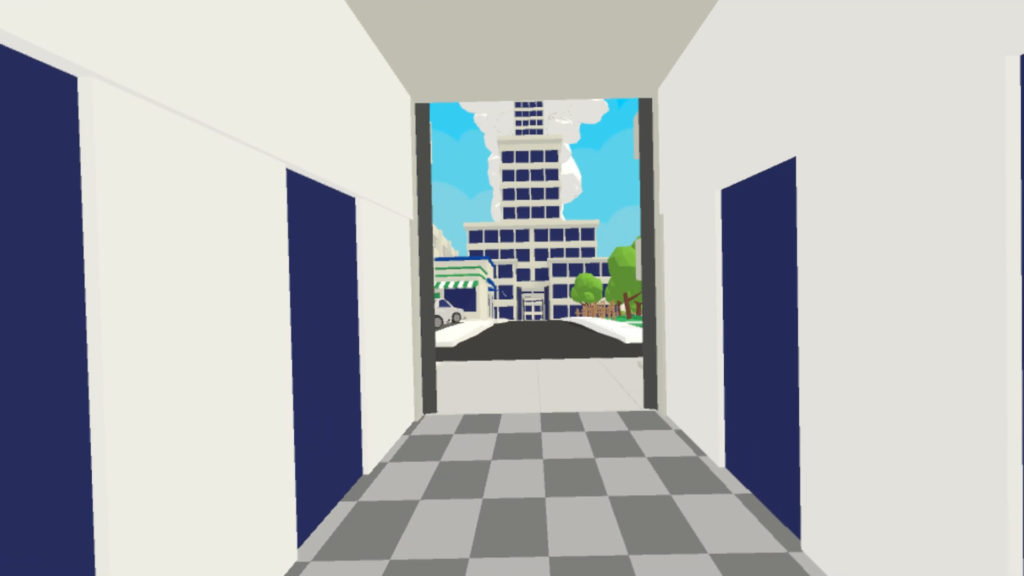 Flying through these tight spots takes a lot of skill!

Flapping your arms does get a bit tiring after a while, and it is not always clear how your exact motion translates to a flap. My first few attempts at the game resulted in my immediate death. I don’t think this is due to poor tracking issues, it feels more like your bird is weighted to be the approximate weight of 9000 trucks of cement rather than a small bird.  I know that is the general idea behind Flappy Bird, but in VR it just didn’t translate well for me. After a few attempts I did get the hang of flapping my arms, but even then, it was quite difficult.

Apart from that though, the game is fun. I don’t see myself playing it for more than 15-20 minutes at a time, but I DO see replayability, and it is a fun game to watch others play; watching your friends wave their arms furiously is always good for a laugh.

What would I pay?   The content offered here hits the $2 price point perfectly and is much better than some of the other low end VR titles.

End note: On Steam the game does not specify support for WMR headsets, and due to the nature of the game needing your arms outstretched I anticipated WMR headsets having difficulty with tracking during this game, but I played on a WMR headset for 15 minutes without any tracking issues.