Lone Echo is, quite frankly, a glimpse into the future of what VR can achieve compared to traditional monitor/tv gaming.  If this game was played outside of VR it would be a disappointment, yet I would rate it as my personal favorite VR game. It isn’t the longest, fastest, prettiest or most exciting game I have played but what it does right is immerse you in the story and really make you care. The game starts off with you “Jack” being a work robot programmed to assist the human captain Liv run a mining station that is orbiting Saturn. The setup is simple, but despite being a robot helper it is impressive how much of a connection you end up feeling with Liv. 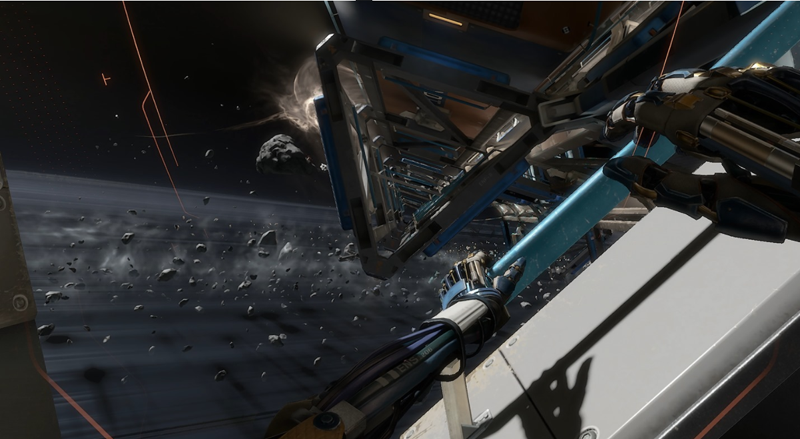 The game has you “booting up” in a room with Liv. This bootup sequence is used as a mini tutorial that has you slowly “rebooting” different systems as needed providing you with a small task to accomplish using the new concept/tool. Motion is handled via momentum redirection using your hands, small rocket boosters on your wrists and a larger booster on your back. The wrist boosters provide small propulsion in the direction your hands face, while the back booster provides a big boost in the direction you are facing. The most accurate and easiest method to get around is to just use your hands and toss yourself in the direction you want to go. These concepts combined with the wonderful physics really make locomotion in this game a ton of fun. 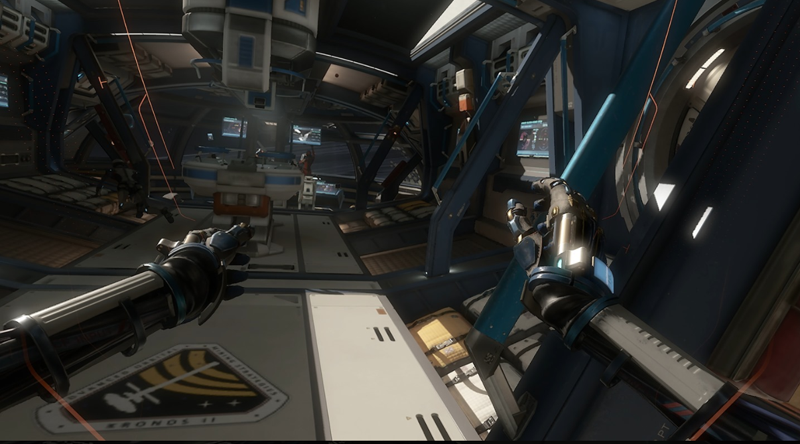 The Zero-G environment is fun to float around in!

Your primary gameplay here is to float around in zero G and perform “tasks”. This sounds incredibly boring on paper, which is one of the reasons I point out that this really is a VR only experience. The other part that really brought me in was the connection with Liv, which due to her facial expressions and just interacting with her as if I was with her led me to feel more connected to her. I don’t want to spoil anything but do consider that the next sentence contains a mild spoiler, if you wish to skip it please proceed to the next paragraph. At one point in the game Liv’s life is threatened, I was so immersed in the moment that I attempted to fling my own virtual body between the source of danger and Liv.

You will also get to explore some beautiful sights, particularly the mining area around the rings of Saturn. Just floating around here is wonderful. The latter parts of the game are more indoor focused and are much less visually stunning but there are still moments scattered around. By the end, the story will most likely have you hooked so the less frequent sights won’t be too much of a bother. The game ran smoothly for me, but I have heard reports of it being stutter on systems with 8GB of ram or less. 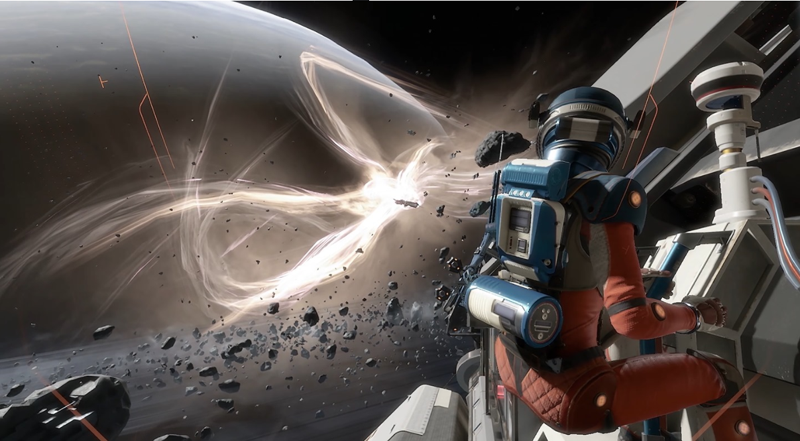 There is also a multiplayer option that has really taken off in popularity. This is basically zero G basketball (or quidditch without the snitch for those who prefer a Harry Potter based analogy) pitting two teams against each other trying to get a disc through a goal on the other side. What makes this mode fun, is once again, the excellent movement system. I personally found it to be a fun distraction but since the sights and immersion are what really blew me away this was not much more than a side attraction for me.

What would I pay? I tend to be a little on the cheap side and I almost never recommend buying a game at full price, but this is an exception to me. The single player campaign lasted me only about 8 hours, but it was also one of the most interesting and impactful VR experiences I have yet had and fully recommend this game at the full price of $39.99.