Have you ever wanted to be a DJ? mixing tracks, adding in your own sick beats to create your own psycho mix? Well now you can do that in VR thanks to Electronauts, which is not a game at all, but a simulation DJ experience that turns your turn tables into a whole new way to mix tunes that could not be done outside of VR. 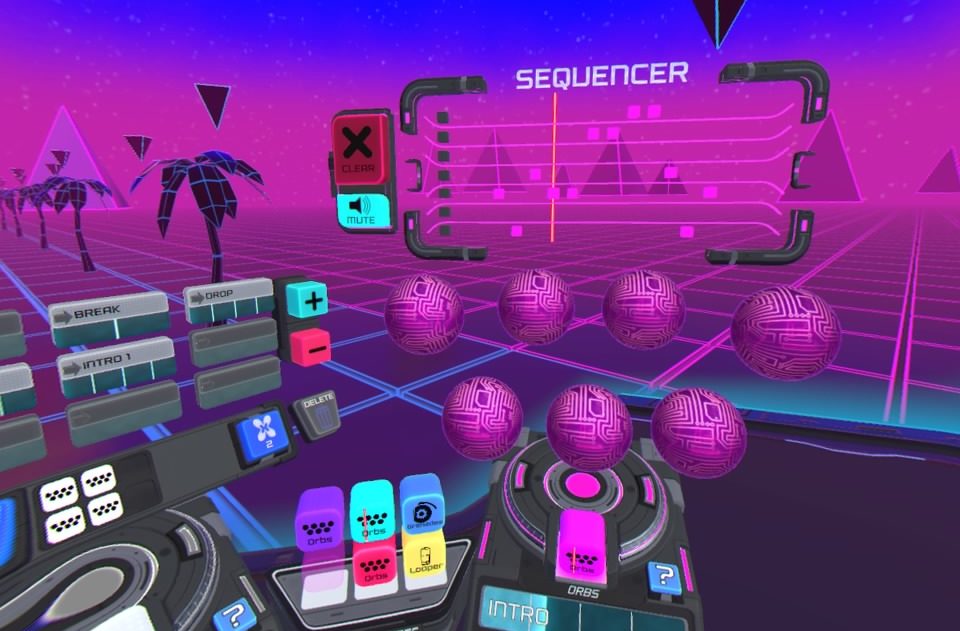 It’s time to get your remix on!

Grab those move controllers and get mixing.  A very brief tutorial explains the basics with a virtual you standing in front of 3 stations.  Each station can be changed to your liking thanks to the easily moved blocks.  When you move a block to the base of each station those options become available for to mess around with.  Each song is broken down into each sound which can be turned on or off and remixed to your liking.  Messing with the bass, adding in your own extra ambient notes, or adding in glitches and slow downs are all readily available options.  Each song is broken up into sections that can be re-arranged to fit your liking.  Traditional turn-tables have been scrapped for specialized VR interfaces, which you manipulate with the 2 drum sticks in each of your hands.  Any edits can be saved and loaded at your leisure and with 40 different, licensed tracks there plenty to play around with.

There a few different randomized backgrounds that load up when you choose a song to remix.  Once in a song, the background is a long track with you slowly riding down it in your  DJ space ship.  You have a full body, which oddly enough can’t be customized, with an option to set up a selfie camera if you want to check yourself out.  The background bounces and reacts to the music you are playing and a few visual options allow you to change the color and hue of the background.  The presentation is more then adequate at putting you “in the music” and with the right setup on a giant screen I could easily see this being used for an actual DJ session. 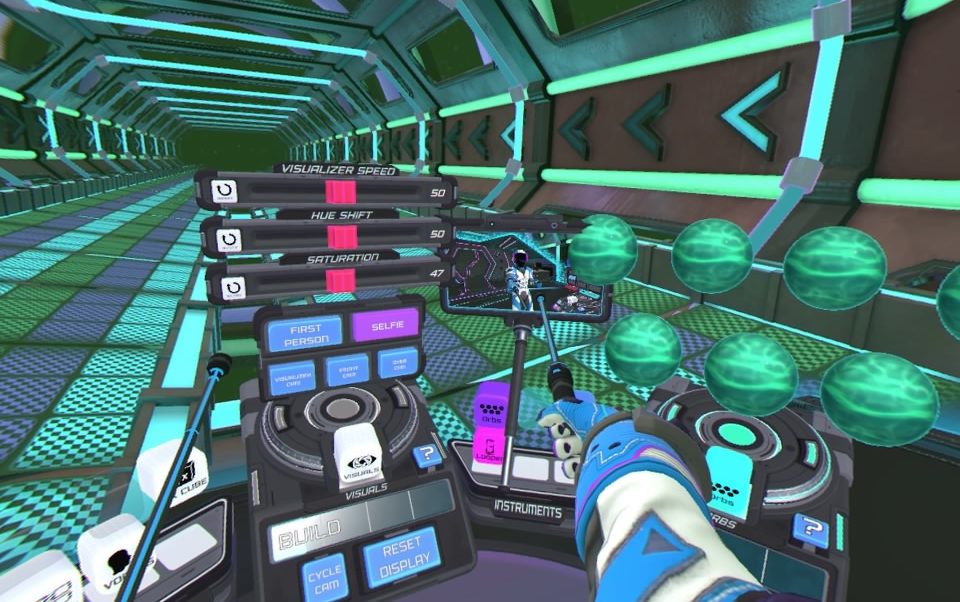 While you can edit any of the tracks included with the game, you cannot import your own songs.  It makes sense given just how each of the tracks individual sounds have been separated for the mix and I can’t imagine the kind of algorithm you would need to split those sounds on an imported mp3.  That said, the way Survios has designed this game allows for anyone of any skill level to mix these tracks with relative ease.  There is definitely a bit of a learning curve here and I’m sure those who are more musically inclined will figure this out faster then others, but I’m telling you, ANYONE can hop into this and be creating some decent sounding music within minutes.  The tracks are all timed so that whenever you place a new sound or beat, it matches and fits in with the pace of the song and while those who try could wreck the songs, it’s way easier to make some decent sounding toons.

It should be noted that the multiplayer option that is in the PCv ersion has been removed from the game.  Besides that, my only other issue I have is the inability to share your tracks with others who might also own the game.  It would have been a fun addition to remix someone else’s remix, if not just to see if you could improve it.  The 40 songs offer a fair bit of variety and I’m sure a bulk of them will appeal to most people at last as far as editing is concerned. 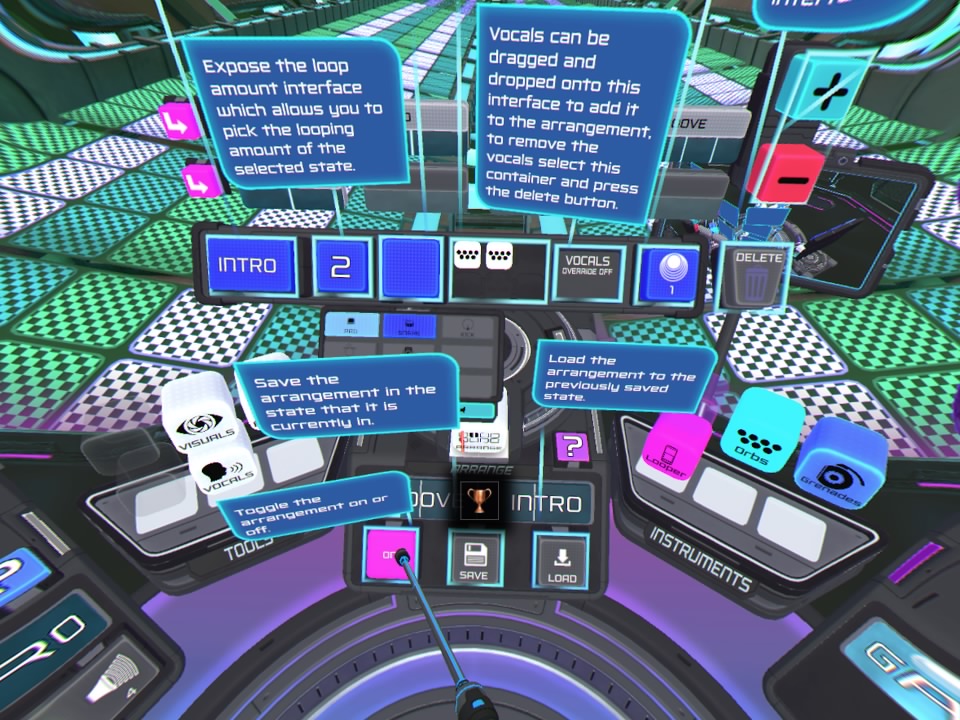 There’s a lot going on here, but once you figure it out, it’s a breeze.

This is ultimately a creative app and the entirety of the fun relies upon your desire to edit and create music.  Electronauts is the kind of experience you could pull out at a together and let people mess around to create their own music.  It’s so easy to just pick up and play and it’s also just as easy to get lost making these beats, provided you want to.  There is no game here.  This is 100% creative expression and as such if you have no desire to create, then I feel like this just won’t appeal to people like you.  For everyone else though, Electronauts allows you to be a DJ, mixing music to your hearts delight and if that sounds like something you might like, then I guarantee you’ll dig this!

What would I pay?  The $20 asking price for this is fair.  The 40 tracks offered will proved hours of entertainments, especially for those who want to take the time to mix an entire song and it’s very easy to lose track of time as you try and make that perfect mix.

Surivios provided The VR Grid with a review code for this title and, regardless of this review, we thank them for that!