Rollercoasters and VR would seem to be a perfect combo and an easy way to show the masses just how sim VR can be at times though the amount of titles we have in this genre that don’t meet our expectations is ever expanding with only a handful of games showcasing how fun these rides can be.  Darkness Rollercoaster – Ultimate Shooter Edition is a collection of cardboard VR rollercoaster games brought to our headsets, but with a ton more options and game modes borrowing from a few other genres. 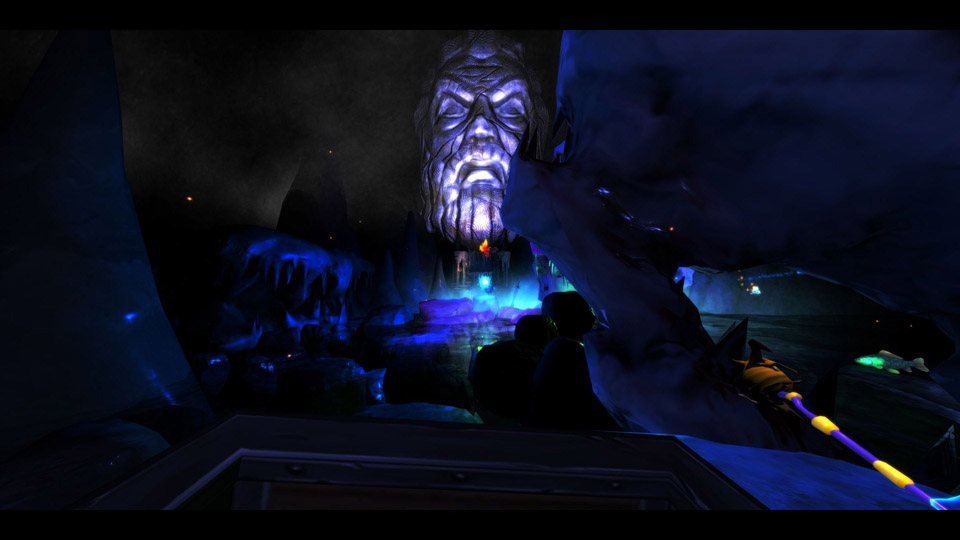 The different themes are fun to view

You need to 2 Move controllers for this one and for those that have one, the 3DRudder is also supported. Darkness Rollercoaster consists of a campaign of sorts as you navigate a world-map by button presses or head tracked movement where you lean your head in the direction you want to go, akin to what we saw in Beat Blaster.  The Rudder supplants those controls by letting you move around the map a little more freely, though a lack of turn option makes either method awkward.  A tutorial and practice mode are available that teach all the mechanics including shooting, blocking, slow-motion, a better-vision mode and an explosive attack that wipes out all nearby enemies.  The game plays out like the PSVR classic ‘Rush of Blood’ though definitely lacks the polish of that AAA launch title.  The goal in each course is to shoot as many enemies as you can, while dodging some obstacles with left or right button presses or pushing that direction on the rudder, unlocking the next course or mode.  Besides just playing through the 5 coasters available, you can unlock spectator mode, which lets you play without combat and you can control how fast or slow the coaster moves.  There’s a hybrid mode which will randomly mix 2 stages together which was a little fun and a ‘Beat Saber’ clone stage that has you swiping at blocks with a sword to an electronic beat.  Every combat stage ends in a boss fight and playing through all the courses unlocks a final secret stage which offers a more traditional coaster experience. 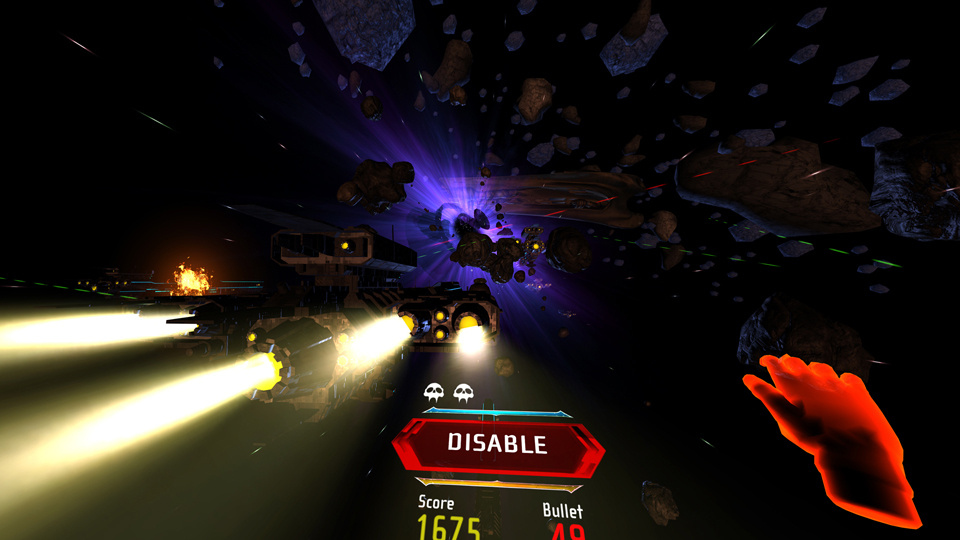 Flying through a space battle is fun!

The visuals in Darkness Rollercoaster are all over the map from simplistic and ugly to to just straight up awesome.  The 4 main coaster you can choose from are ‘Fantasy, Adventure, A Space themed stage and a future type digital world with Fantasy suffering the most from poor and dated visuals.  Skeleton enemies look like N64 sprites and that stage just lacks the detail found in the others.  Adventure fairs better thanks to some larger scale moments and more action-packed settings but the standout for myself was the sci-fi stage where you are cruising through tunnels, asteroid fields, a space battle and contains some very slick moments that look breath taking in the headset.  The same goes for the final stage with that level incorporating some Blade Runner type vibes as well as some other futuristic visuals that pop.  That’s not to say this game is a visual stunner, even with those highlight moments and the overall look does belie its mobile roots.  The Rhythm stages change things up by having you on a straight walkway with beats moving toward you that you must slice or dodge (I think) with most everything in here doing just enough to get the job done.

The music in here fits each course well  enough an epic an cinematic soundtrack. The little voice snippets that pepper the game could be better with them mostly sounding like the devs used Windows voice recorder to slow down and lower the pitch on normal voices, but they are infrequent enough, save for one dude who harasses you to leave a good rating in the store every time you finish a ride.  I thought the beat mapping for the rhythm tracks was surprisingly well done though there are only a few of these throughout the game. 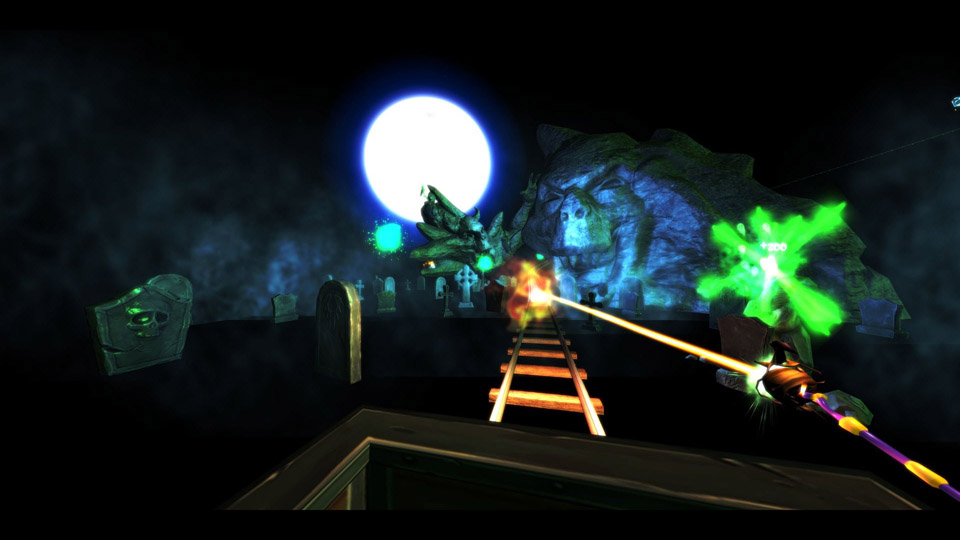 Rush of Blood this is not…but it’s trying!

Darkness Rollercoaster plays out like Rush of Blood light but makes some odd choices that take the game back a step or two…. or three.  For starters, your wand and shield are offset on your hands so even though you have a reticle to aim with, accurate shots can be difficult until you mentally adjust.  It’s like having your gun orbiting the move controllers creating a large disconnect between you and the shooting.  This same issue also plagues the rhythm sections as well and I often missed beats because my swords weren’t ‘in my hands’ like they should be. The dodging mechanic is fun on paper but in practice it just shifts your cart left or right completely off the track making it seem like a poorly implemented and unnecessary add on.  While the shooting does feel off, once I adjusted it was fun to take out the vast array of enemies with boss battles requiring you to be a little more on your toes as they come at you with a variety of attacks though as long as you spam your shots against them, victory is a guarantee.  What this game does right that so many coaster games get wrong is the speed.  The main stages play out in cinematic fashion with your cart moving slower or faster during specific sections but when those sections move fast, they move fast…probably faster than any coaster game I have seen on the PSVR.  If your looking for even faster the exploration mode allows you to control the carts speed for even more (or less) thrill, but that does come at the cost of speeding up all the audio so at the every least I recommend turning off the music to avoid that issue. 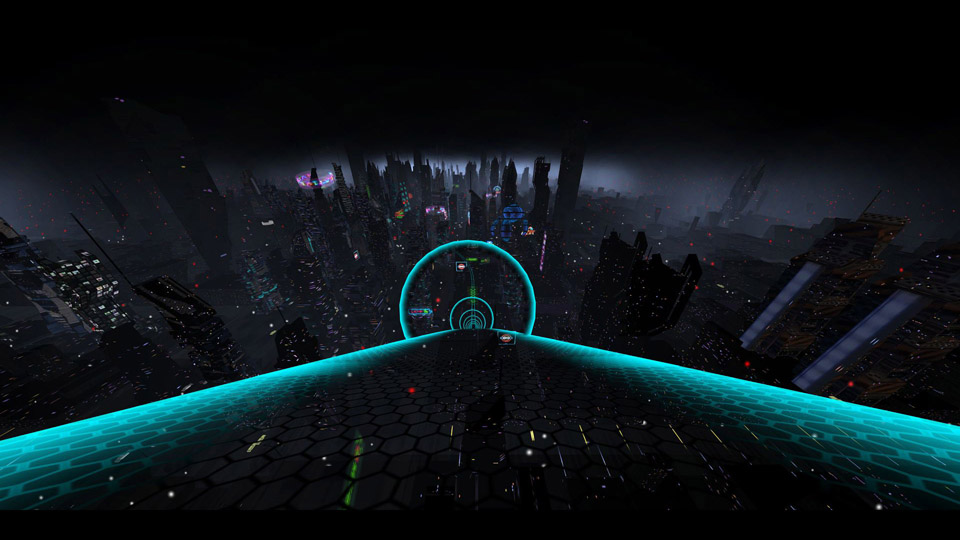 The sci-fi stuff looks way better then the other courses

Getting through all the campaign content will take around an hour and once you unlock a stage you can revisit at any time to see if you can’t beat you high score.  Shooting stuff is alright once you get used to the weapon mapping, but it never feels natural.  Still, the overall package here is decent even if it is janky at times and the multiple courses, modes and few highlight moments make this a game I’d recommend to those looking for a quick little roller coaster experience, especially for those looking for a bit of speed.

What would I pay?  This is roughly $10 and I’m cool with that price.  You get enough content to more then justify that cost and while it’s not all dynamite, the mix up in modes and those highlight moments make this a decent value and with luck the developers will keep tweaking this and making it better.

Creative VR 3D provided a press code for this title and, regardless of this review, we thank them for that