Vertigo-Home is a simple VR endless runner that tasks you with navigating tunnels and tracks populated with all manner of whacky and real-world items to avoid.  The goal is simple, get as far as you can and don’t hit anything to climb the leaderboards. 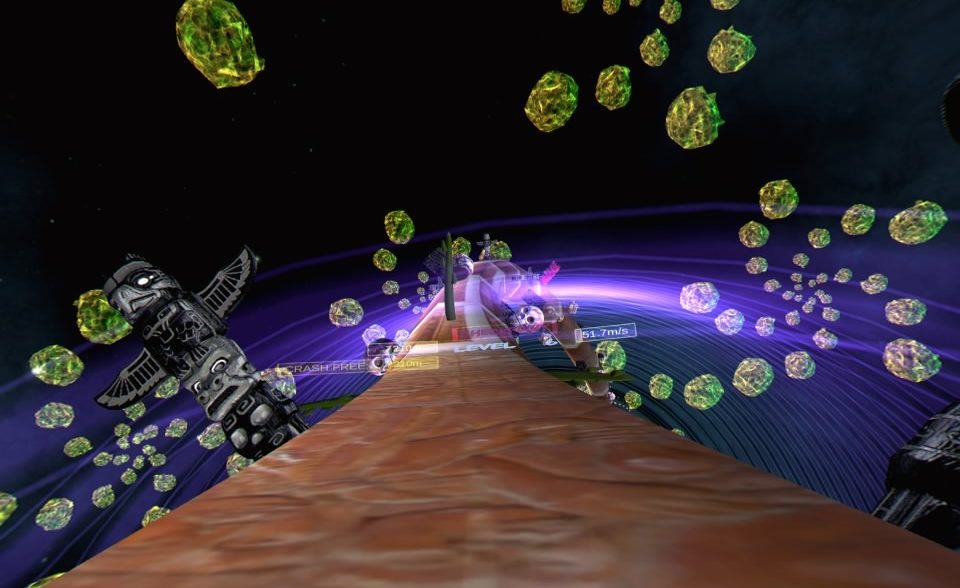 You’ll need the DS4 for menu navigation, but the gameplay relies solely upon head tracking to move from left to right in tunnels or on tubes.  You’ll need to constantly be avoiding all manor obstacle as you come up on them from all sides.  You move at a steady pace through randomized stages in a never-ending quest to last as long as you can.  Every 3 levels passed gives you a checkpoint that stores your score and you can continue from your last checkpoint at any time.  That’s really all there is too it. There are no power-ups or bonus stages, just random levels with random obstacles to avoid again and again and again.

Do not judge Verti-go Home by the screen shots as those make the game look like an awful collection of assets stuck together to make some semblance of a game… which is actually a very apt description now that I say that out loud.  With that said, the focus in the visual department is clearly on frame rate and clarity and Verti-go Home excels in those 2 areas.  Even on the original PS4 this runs at 90 FPS making for a smooth and satisfying experience.  The objects you dodge are random, but don’t take away from the game as you never know what to expect next.  Whether you are dodging rotating hand guns, dumpsters, dancing skeletons or whatever, the randomization of whatever is coming up next constantly keeps you on your toes.  The game runs great, but it doesn’t take too long before you see those same obstacles and stage themes again and again which makes sense as the game is endless. 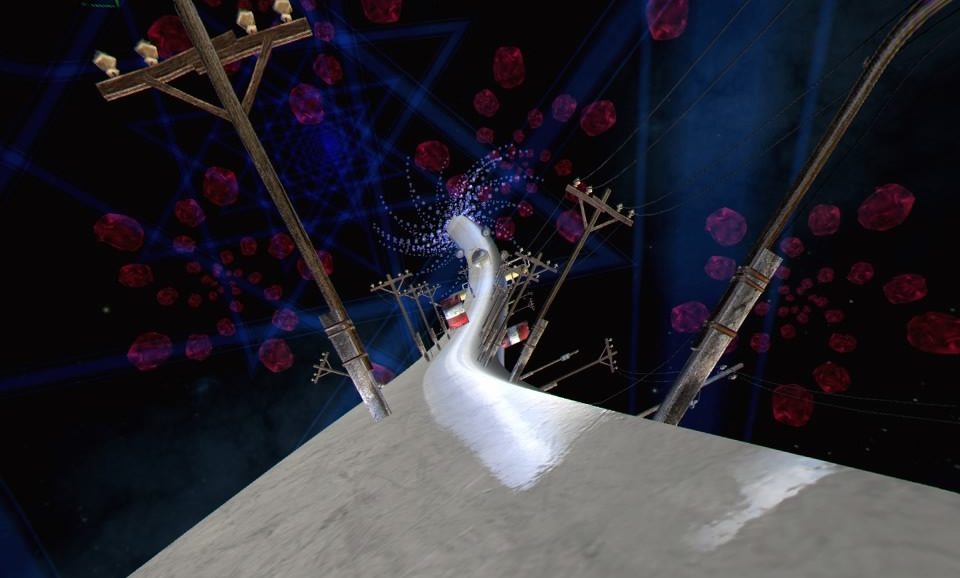 On the audio side there are few sound effects scattered throughout the game whenever you finish a level or surpass your previous score but the bulk of the sound in this game is from the indie music tracks that constantly play.  I’m not sure on the actual count of the songs but there isn’t enough of them to sustain long plays.  I think there is around 8 songs, but they play somewhat randomly and repeat quite quickly, and I also only cared for a handful of them making the selection even less appealing.  Given that the songs are just here to break the silence, I would have liked the option to load custom tracks as I think that would greatly extend my game time.

Vertigo-Home delivers where it needs to and while any one aspect of the game can be torn apart, as a whole I enjoyed the randomness and challenge in the game.  There are 2 leaderboards in the game, one for the most point/furthest played and the other is for the longest played without dying which is the much more challenging board to climb.  It’s oddly addicting to play over and over again, and the game does save your progress every 3 stages so you can jump back in at any time and try to climb those leaderboards.  It does feel repetitious after not too long thanks mostly to the limited soundtrack but seeing as how can you quit and come back later and still advance after only a few minutes of play, it’s not game breaking or anything. 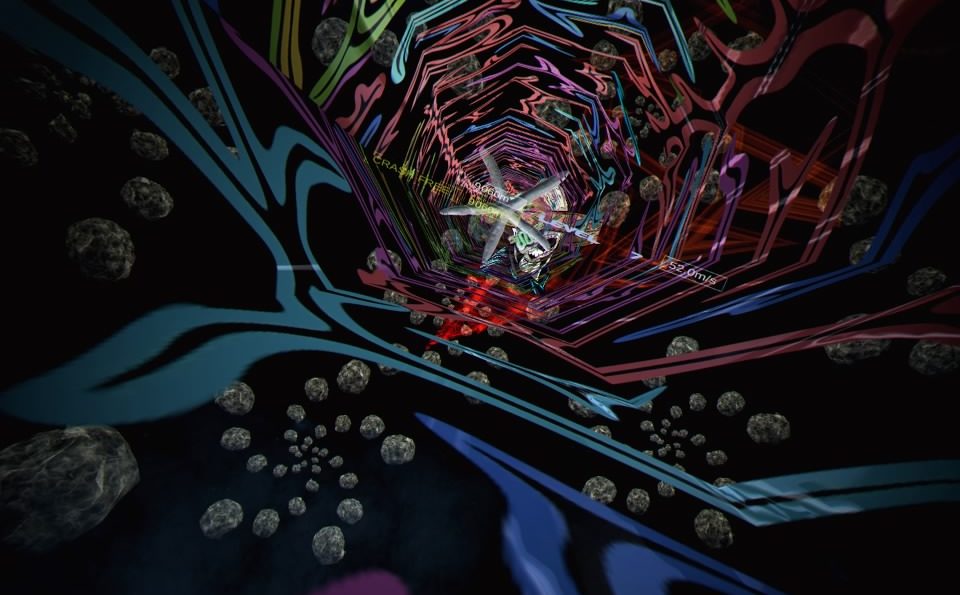 Some levels are trippier then others

If you are looking for fun, pick-up and play distraction in VR then Vertigo-Home may be up your alley.  I think fans of Polybius or Race the Sun will find just as much joy here as in those titles and the head tracked motion combined with the high frame rate should hopefully minimize any nausea you may feel in VR.

What would I pay?  The asking price of $12 is on point.  I appreciate that the PSVR version has been completely reworked from its PC counterparts and I played for a few hours before I was done with it and had fun with it for longer then I expected.

Trucker VR provided The VR Grid with a press code for this title and, regardless of this review, we thank them for that!