I think this is the oddest “game” I have yet to review.  If you are unfamiliar with Justin Roiland, he is one of the creative forces and lead voice actors behind the very successful ‘Rick and Morty’ franchise and his unique comedic flare is all over this oddball VR entry.  This is part job sim and part crazy cartoon smashed together into one of the more insane VR titles I have ever played…oh and heads up this has so much swearing it’s insane. 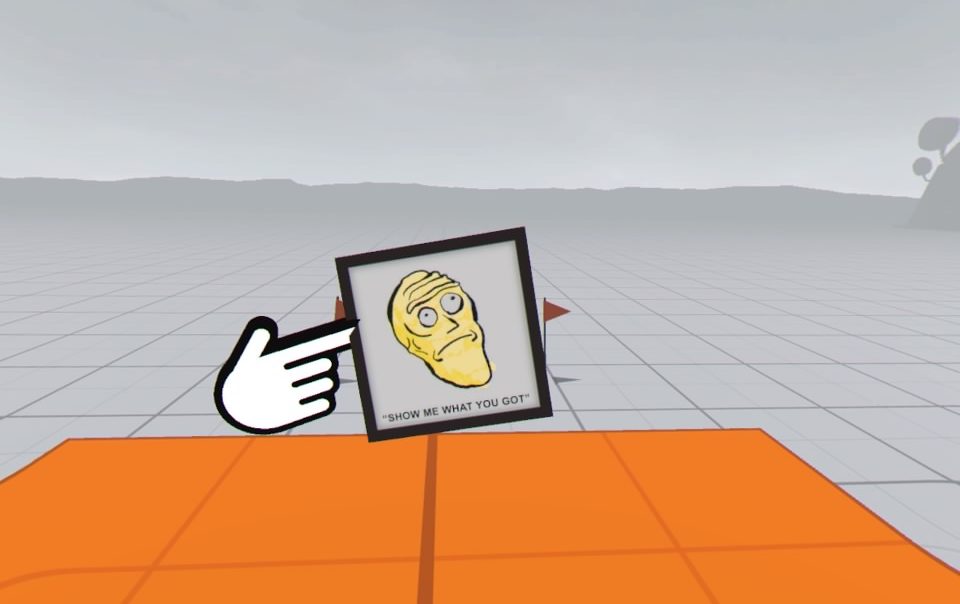 Show me what you got!

Dual shock or 2x Move is supported here though I much preferred the Move option as it just felt way more natural as you mess around with your surroundings.  Each method plays the same, but with the DS4 you are limited to one interactive arrow instead of 2 and the PS4 camera seemed to have difficulty tracking the controller. You can push, grab and hold objects with the whole point being just to mess around and see what happens.  You can only grab a few objects in each stage so if you are unsure what to do, just pick something up and see what happens.  Each stage has a few nav points you can teleport too with click turning being your only option, which is a little unfortunate, but not the biggest deal in this one.  There isn’t much in the way of puzzle solving here with the bulk of the entertainment coming from triggering the next scene in the game.

Starting in the menu/mediation room, you are introduced to the games mechanics and then you proceed to the 1st level.  Each level plays out more like mini cartoon episodes with some interaction from yourself needed to watch the insanity unfold. It’s aggressive comedy that shouts and swears at you, but at the same time can be quite witty and amusing.  That said, I could easily see people not quite getting into the kind of humor here, and if that’s you than you probably won’t find too much joy in this game.  This is some niche humor that had me laughing out loud on multiple occasions, but maybe I’m just a little tweaked that way. 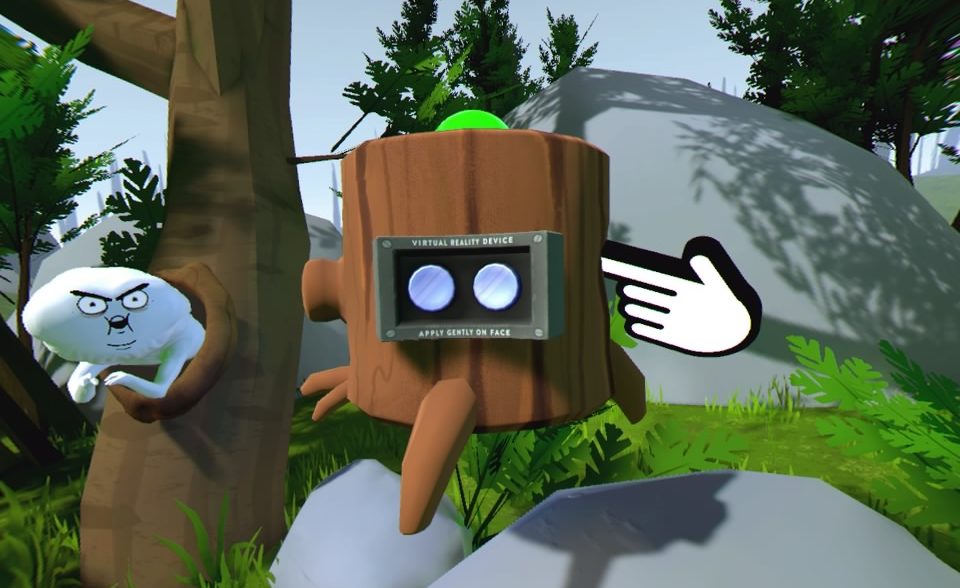 The art design is cartoonish and those familiar with Roilands’ previous works can see his creative touch all over this.  Each stage is relatively small and contained with only a few nav points making each area pretty easy to solve. My first playthrough took me around 45 minutes to complete and that unlocked around 40% of the trophies.  On my second playthrough, I took my time and listened to all the banter and jokes spat at me and the total length of my playtime was easily doubled.  There are a few hidden things to do in the game and require a little out-of-box thinking when you are messing around in the levels to find them.

The audio is where this shines, though like I said, the comedy here may not be that funny to everybody.  With that said, I’m all up for this kind of insanity and the jokes range from crude, ridiculous, offensive, disgusting, awkward funny and will definitely appeal to your more immature side.  There some music and stuff as well, but I really didn’t notice it which is a good thing as it obviously didn’t detract anything from the game and blended seamlessly with the insanity unfolding. 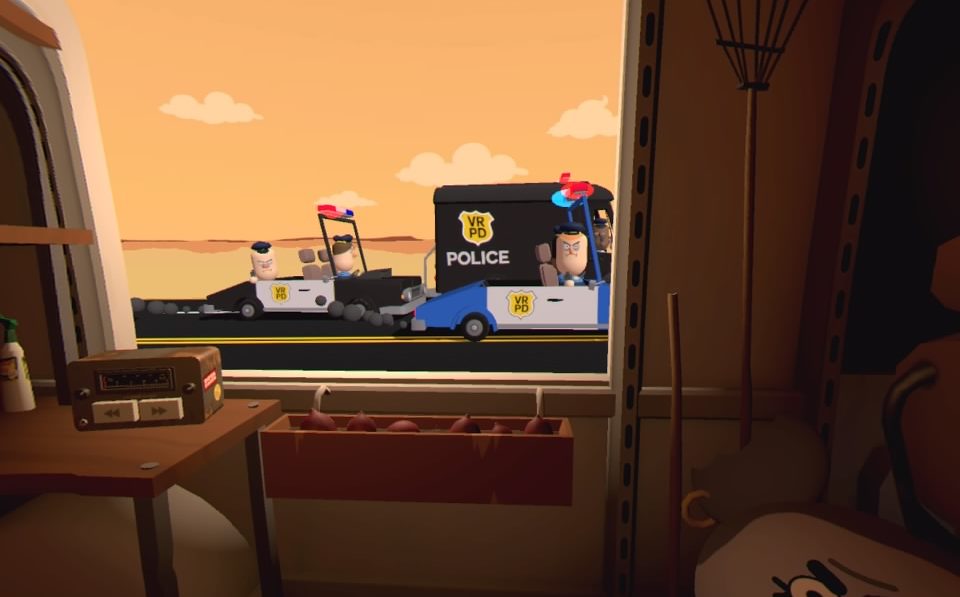 No VR game is complete without a good old fashion police chase!

If you wanted you could probably crush this game in less than 30 minutes, but by doing so you are missing out on a lot of stuff.  Each stage has a few secrets and achievements and there are rumors of a secret SECRET stage, though I haven’t confirmed that myself.  Roiland has praised VR publicly and it shows here as each stage is broken up by placing a headset on to travel to the next section.  Overall, I’d sum this up as more of an interactive cartoon sketch comedy with a lesser emphasis on the action than you might think.  That said, when characters around you are commenting on your actions as you perform them, it’s pretty dang amusing.

What would I pay?  I’m happy with the $11.99 asking price and as I spent almost 2 hours in the game, that’s a fair value for my hard-earned dollar.  Just take your time, let the scenes unfold until the jokes stop or repeat themselves and I think you’ll have a good time!