During the late 1970s and early 80s, Zaccaria were an Italian pinball company that produced some of the most iconic and memorable pinball machines of that era. Developer Magic Pixel has lovingly recreated over 50 of the company’s most loved tables in this highly detailed pinball simulation game. 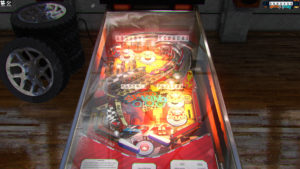 I have played a lot of highly realistic simulation games in VR but I would suggest that Zaccaria pinball is the closet simulation of a real world activity that I have ever played. Clearly, pinball is simpler (relatively speaking) to recreate in VR than something like rally driving or space travel but the developers should be commended here for just how realistic this looks and feels. The sheer fidelity of the table is quite astonishing – it just feels like the table is actually there. Each table has been lovingly recreated in the minutest of detail and the artwork on each is beautifully realised and incredibly authentic. You play the table exactly like you would a real pinball machine, pulling back the plunger to release the ball with your right hand and then placing your hands on either side of the table to use the flippers which are activated on your motion controllers via the triggers.

The ball physics are also astonishingly real. In hours of play I’ve yet to see the ball react unnaturally to the buffers or flippers once. The audio is completely on point and there’s even the option to turn on 3D spatial VR sound which I highly recommend. This game is now one of my go to games when demoing VR as while it lacks some of the wild ambition of grander games and experiences, the sheer accessibility and fidelity of what it achieves is equally compelling.

The big question you need to ask yourself when buying this though is how much do you like pinball? Because that is all this game has to offer; an amazingly genuine recreation but not much else. I enjoy playing a game of pinball for 20 minutes or so but I do tire of it relatively quickly as the limited control you have over the ball bearing and the randomness of pinball (and at this point I’m talking about both the VR game and actual pinball) frustrate me. I do find myself coming back for the odd game here and there though as it’s very relaxing just to fire it up and have a quick blast. It’s just never going to be a game that I play for hours on end. Clearly though, if you’re a pinball aficionado, you will get a lot more mileage out of this than I did and there’s a comprehensive set of online leaderboards to compete in. There is also a story and campaign mode (unlocked through DLC) that have you trying to achieve specific objectives on each board and even incorporate loose RPG levelling up mechanics in the campaign. They are interesting diversions and quite addictive but they in no way change the fundamentals of what you’re doing. For better or worse it’s still just pinball. At times I did wish that the developers had leveraged the power of VR on these tables to add some exciting non-real-world element but that’s just not the point of what they’re trying to achieve here. This is a real simulation for hard-core pinball enthusiasts, and you have to respect how dogmatically they’ve stuck to their goal. 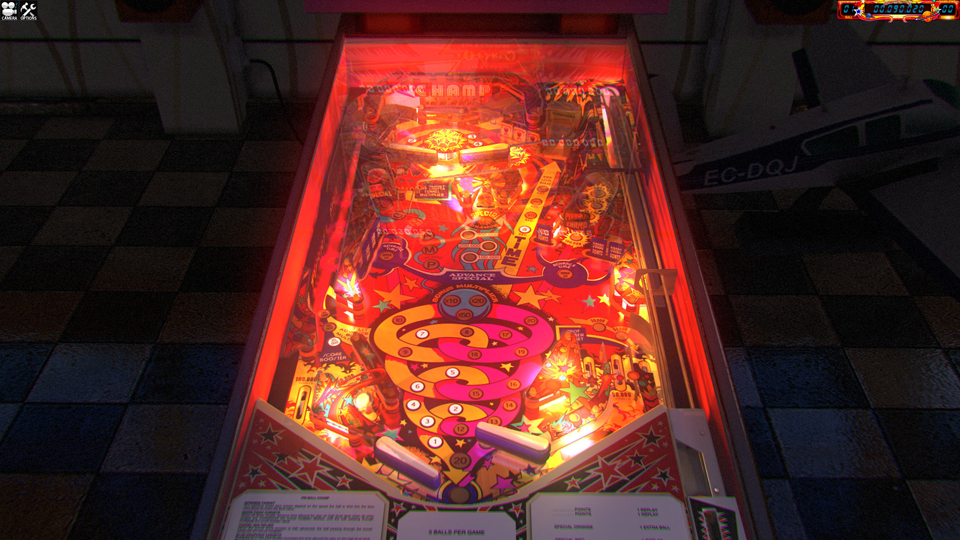 There are a few issues with the VR implementation. I think it would have been great if you had in-game hands that reacted when you pulled the triggers rather than just seeing the controllers, but this is easily overlooked. What is not so easily overlooked is a frankly terrible UI menu system that is incredibly difficult to navigate in VR and constantly gets squashed, disappears or layers overwrite each other so that you can’t press the right button. I really hope the developers fix this as it does impede the ability to enjoy the game and to demo it to new people.

It’s also worth noting if you purely buy the VR mode you will only have access to a couple of tables which come with the base game that is offered for free. To really see what the game has to offer you will need to unlock some more tables and these can be quite pricey. Individual tables cost around £1.50 but you can buy packs which offer better value for money and they are often for sale at heavily discounted price.

It is also worth noting that there are a huge amount of customisation features to fiddle with if you so require. There are a ton of graphic, audio and presentation options as well as multiple physic settings that can dramatically alter the way you play the game. I kept the game on the base simulation option, but you can play it in a far more arcade way if you so desire. 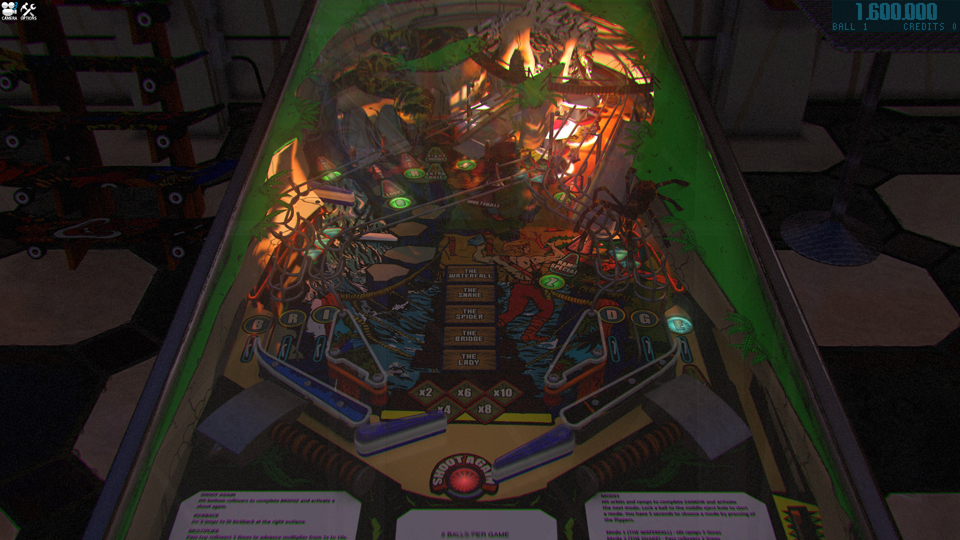 All in all, Zaccaria Pinball really surprised me. I’ve never been a huge fan of pinball but the reality of the simulation the developers have achieved here is something that all VR enthusiasts should check out at some point. If you enjoy Pinball, then you shouldn’t wait another second as this is as faithful recreation as you could ever hope to play and certainly worth your time.

What would I expect to pay? The base game is free but only includes two tables and crucially does not include the VR mode. The VR mode costs £10.99 and you will then probably want to bolt on some more tables via DLC. Packages are normally around £10 -£15 but are often heavily discounted. So at normal price it could be quite expensive but it’s a quality simulation which has had a great deal of love and care put into it and so I would say good value for money.

Magic Pixel Kft. provided press codes for this title  and regardless of this review, we thank them for that!