Simulations have been a large part of the video games. Whether it be the attempts at re-creating exactly what a real-life situation gives down to every minute detail or more exaggerated attempts that either parody our daily lives or just bring the fantastic to finger tips.  VRobot is the latter with you taking the form of a giant robot out to chase tiny robots out of human cities.  You see, robots took over and chased us humans off planet, so in response, they built a bigger robot to take that planet back and it’s up to you to do that…in ways that make little to no sense. 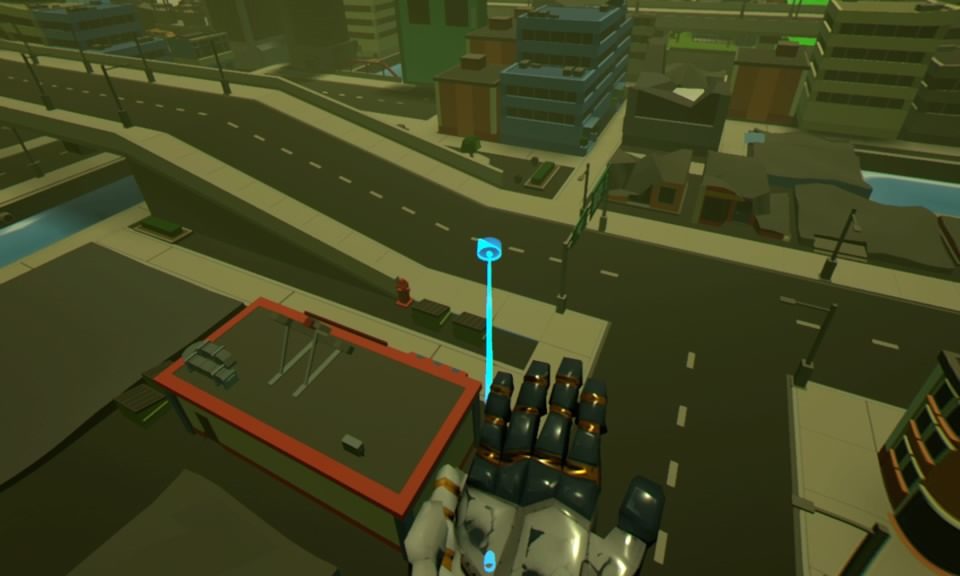 Moving in this game is a pain in the butt!

Armed with 2 Move controllers, the main game takes place in some relatively tiny cities.  You tower over these cities are tasked with chasing away the robot menace plaguing the planet.  How do you do this you ask?  Do you smash the little robots like bugs or capture them and send them off into space?  Neither, you destroy the buildings they live in.  With teleportation only and no turning option, other then steering your Move controller in the direction you want to face when you teleport, you just hop around the map and destroy buildings that turn blue or green before that levels timer runs out.  That’s it.  There are 2 (or 3) stages that have a robot that works against you, but you don’t get to fight it.  Instead, he tries to hinder your progress by grabbing the buildings in your hands or ones you toss and puts them back in place.  A few stages do contain some interesting weapons like a tornado gun, Optimus Prime sword and Mjolnir (Thor’s hammer) but these are only level specific and barely change up the way the game plays.

VRobot looks alright.  The map where you choose your levels looks cool, though diving into a city dramatically lowers the detail on the environment.  That said the cities do look alright, if not a bit generic but feel alive with little robots walking around and cars driving around, both of which flee in the other direction if you jump in front of them.  There are decent lighting effects in here as well and some of the backgrounds get a little surreal with a giant floating planet in the sky, but otherwise everything looks the same.  Each city is an island surrounded by water and may contain a landmark or 2 not in other cities, but otherwise they may as well be identical.  There is no music in the game and with the bulk of the sound coming from the rampant destruction, unfortunately, this sound is subdued and comes off more like your braking clay sculptures, not massive buildings 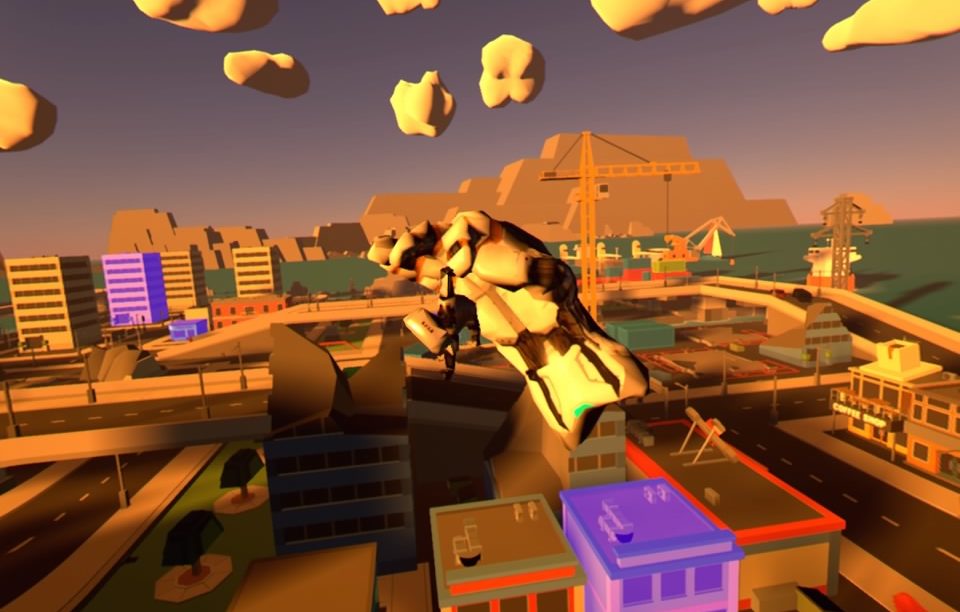 There are 14 levels or so in the game and with each feeling almost identical from the last, repetition sets in fast.  Each stage is timed with the goal, I think, to get accrue the most points possible by destroying those colored buildings, but you get points for destroying any building, so I have no idea??? Once the timer runs down, the game shows your score and you can move on to the next level.  The 2 stages with robots working against you would increase the difficulty if it wasn’t so easy to work around them.  They only go after buildings you throw or that are in your hands, so if you just smash a building, the offending robot is basically rendered irrelevant.  The weapons you get are fun, but the game never changes, they just make those stages even easier.  There is no turning except by twisting the Move controller to direction the way you want to face when you teleport, which is a pain and never felt comfortable.  Lastly would be the lie on the PlayStation page which states multiplayer is in here, which would have been great, but alas it’s not, leaving us with a very shallow game. 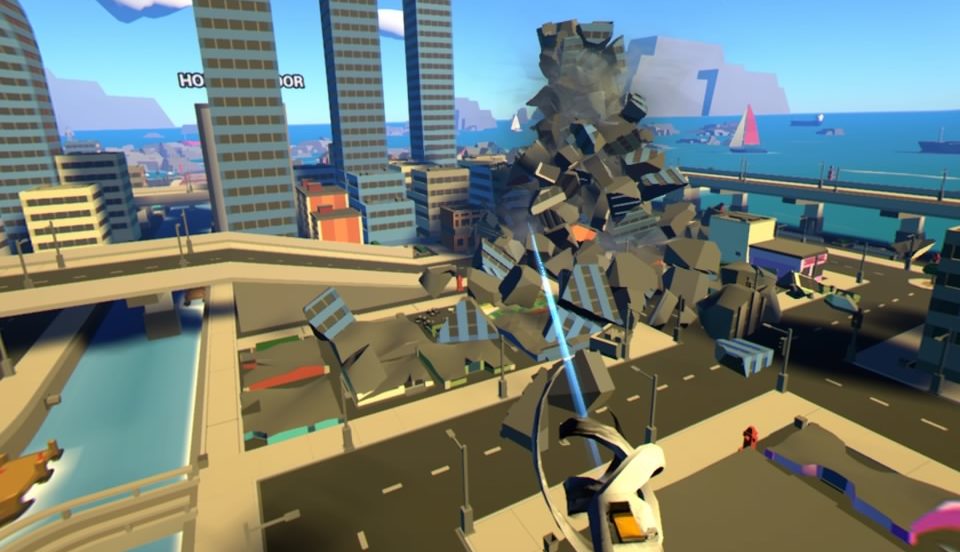 VRobot offers the foundation for something more, but that’s it.  I was initially impressed during my first few moments in the game until it became apparent that those first few moments are the entirety of the 45 min game.   The few additional weapons are fun (I did love Mjolnir!) but that’s about the extent that this game changes.  Leaderboards are local only, so you are only competing against yourself and once the campaign is done, that’s it, unless you want to play the same stages again.  The only people I can see pulling any long-term enjoyment out of this are children.

What would I pay? $5, because I have a kid who might dig this for a few minutes.  This is a tech-demo offering limited entertainment value and a lot of repetition and while a fun game could be built around this, what’s here now is laughably shallow.

Nival provided The VR Grid with a code for this review and, regardless of this review, we thank them for that!