Merge games is back in the Ping Pong VR game with their follow-up to 2017’s VR Ping Pong with VR Ping Pong Pro.  Their original game featured some fun modes, cartoonish visuals and some decent physics, but lacked one key ingredient to make it a must-buy, multiplayer.  Ping Pong Pro changes that and now includes some 1 v 1 online action and gets a visual overhaul as well. 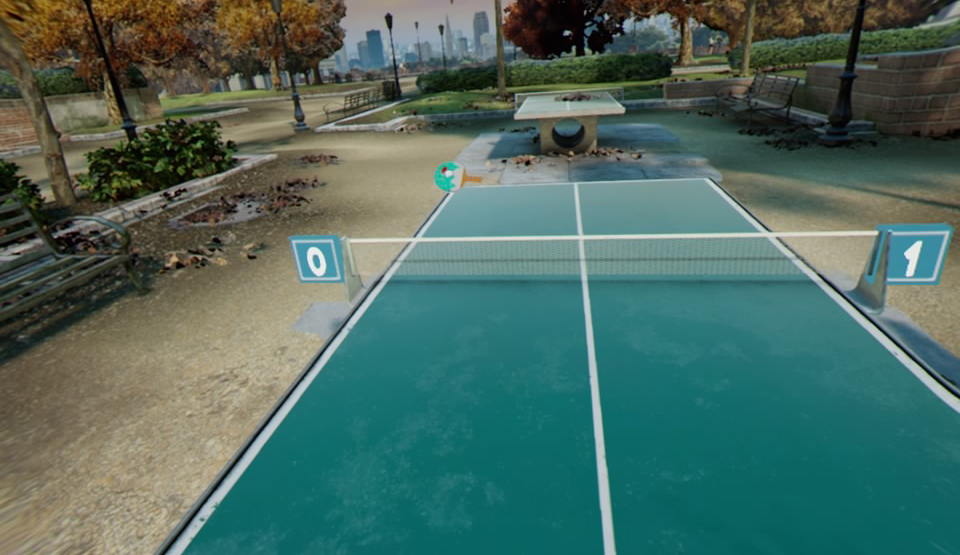 It’s Table Tennis so for those unaware, you are armed with a singular paddle and can face AI or human opponents.  A brief tutorial starts the game explaining all the mechanics and allows you adjust a multitude of settings to your liking from the height of the table, angle of the paddle and its position in your hand.  You can choose from 5 different stages and play against the computer with a wide range of difficulty settings allowing you to face the easiest of foes to some next level opponents.  On top of the standard match are several arcade modes that let you try and knock over stacked jars, hit select targets on the table or off of it or play against an AI opponent where every time the ball hits the table, that section of the table disappears making for a game reliant upon accuracy.   These little mini games are a nice distraction from your standard ping pong match. The online portion comes in 2 modes; single match multiplayer and a tournament mode which I’m told is an elimination style game supporting 4 players where only 1 can reign supreme.  There is no way to tell if someone else is playing online until you start the match and just wait until someone shows up.  I found 1 or 2 players randomly when I searched though for the most part, whenever I did try and find a match, I was left waiting and never got beyond a 2-player tournament making that mode feel identical to singles action.

VR Ping Pong Pro opts for way more realistic visuals then it’s predecessor and is a highlight for this game with each stage bringing you very different settings.  You play in some very lively surroundings like a rather larger arcade, a busy neighborhood, park, gymnasium and 1 or 2 more with each looking busy and alive.  The trade off with the realistic visuals is that everything looks very blurry, not to a point of looking ugly or anything, but some stages ride a fine line between what’s acceptable and what’s too much when it comes to aliasing.  Playing against the AI has you facing a floating paddle which was a little off-putting, especially when compared to the player Avatars in Racket Fury and playing online only adds a floating headset to the floating paddle hampering immersion.  There is an odd motion blur to the ball in play and focusing on it reveals a frame rate that just can’t seem to keep up with the game. As you play the game you can unlock new skins for your paddle and ball and while I was disappointed with the lack of avatars in the game, I was pleasantly surprised by the visuals and appreciated the real-world settings you play in. 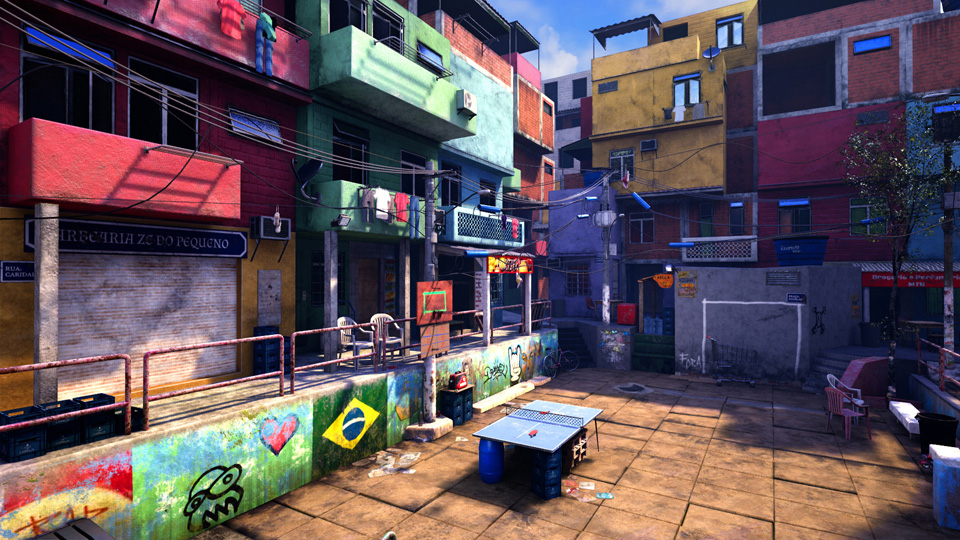 Audio is little more then level specific background noise and the sound of the ping pong ball as you smack it back and forth.  A quirky little tune greets you every time you head back to the menu with everything here sounding as it should.  At the time of this review, there doesn’t appear to be any sort of in-game chat, so multiplayer gameplay still feels a little lonely, even when you find someone to play with.

Alright, so far everything I’ve mentioned, for the most part, would sound at the very least to be a competent VR table tennis experience with online play, multiple modes, difficulties and stages to choose from.  Where the game falls apart for me is the physics which just don’t feel right.  Just serving can be a nightmare as shot power seems to change on a whim.  Getting a proper volley going is near impossible online as both players struggle with the wonky physics though playing against the computer is a little easier thanks to their more accurate shots.  I spent quite awhile just messing with the game to see it was my lack of skill or the game and I’ve come to the conclusion that it’s not me.  Simple tasks like rolling the ball on your paddle or just bouncing it in the air are insane challenge with the former revealing what I think is a very large issue as you can’t keep the ball on the paddle.  Attempting to roll causes the ball to skip and hop on the paddle in crazy fashion which falls in line with the other issues I have. Shots would fly off in directions that just made no sense or have way too little or too much power behind them and I purposefully attempted the same shots with the same power.  Most of the time the ball would react accordingly but way to often it would do something erratic, making losses feel incredibly unfair.  Edge mapping of the tables is also noticeably finicky with the ball falling through those edges on numerous occasions. The more I played the more it became apparent that the physics were causing not just my gameplay to suffer, but other players as well with a final note being that the ping pong ball might not have an accurate weight of a real-world ball as it behaved to heavy. 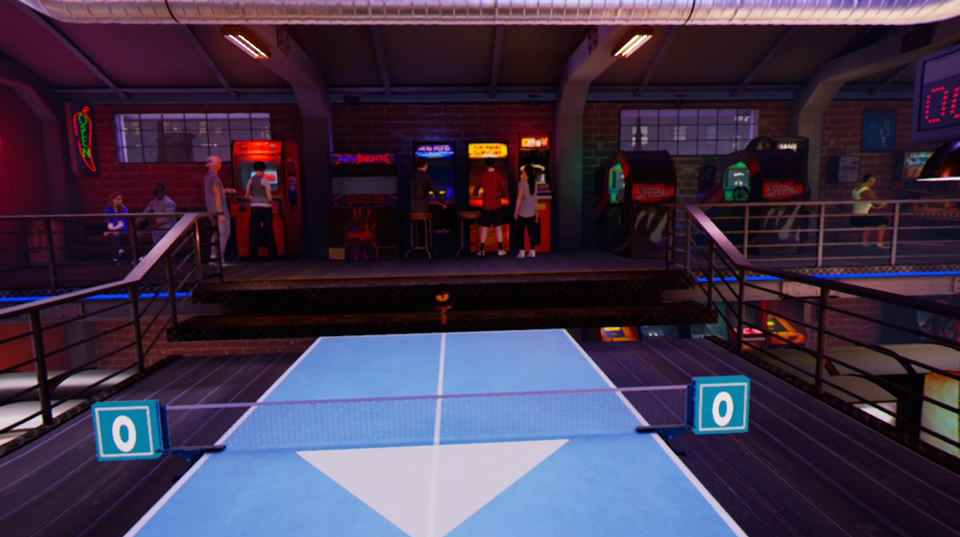 This is easily my favorite setting in the game

I’m not the biggest fan of directly comparing this to Racket Fury as I was hoping this game would stand on its own merits, sadly it does not.  Racket Fury delivers a near perfect ping pong game and set the bar very high for what we should expect from these kinds of games.  The erratic physics are a deal breaker in my opinion, but even if they worked as they should, the lack of multiplayer lobby’s, character avatars, online voice chat and campaign make this feel like a huge swing and miss compared it’s competition.

What would I pay?  This is tough as the full price is just way to high for what ends up feeling like a broken game.  If this were $10, I might suggest pulling the trigger save for the fact that Racket Fury exists and is a superior title in every way that counts.  The bonus modes and realistic visuals do give the game its own sense of identity, but unless the physics are fixed, any attempts at having a serious game of ping pong on or offline just doesn’t seem possible right now.