Domino Craft lets you build Domino’s from scratch, gathering wood or plastic and trimming them down into a small rectangular piece which you can then play around with…on no, wait…that’s not it at all.  Before I get to the review can developers please stop putting the word ‘craft’ after another word in a thinly disguised attempt to capitalize on one of the biggest selling games of all time because if your game isn’t at that level, or isn’t even the same genre, then your game only looks weaker for it…but I digress.  Domino Craft is actually a puzzle game that relies upon you to fill in the gaps in a pre-made setup in an attempt to knock down 3 stars and while that may sound a little dull to some, the puzzle elements introduced are actually entertaining. 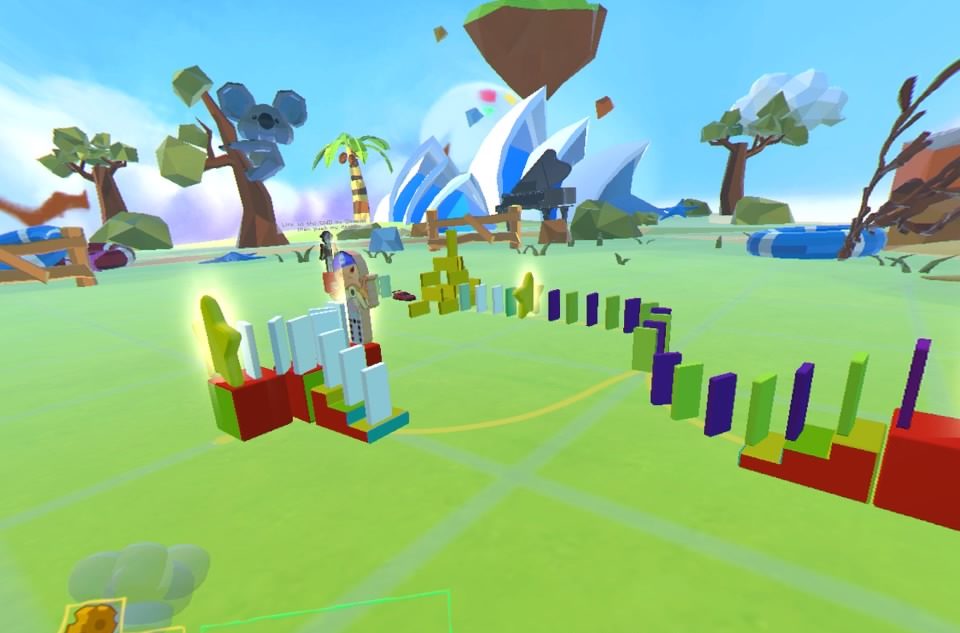 The controls here are all kinds of wrong and while they do work, they feel so restrictive at times as to lead to more frustration then anything else.  Armed with 2 move controllers, you can teleport around the play area using a very clunky movement system.  Hitting the teleport button brings up a pair of boots attached to a laser that you can place anywhere on the play field.  No matter what, you face the direction that the boots are facing with seemingly no way to change the way you face until you teleport whereupon you can click-turn to your hearts delight.   Every single part of the movement mechanics also seems to suffer from a delay from the button press to the action and I initially found myself teleporting more then I intended or turning to much though after around 30 min I adapted these shortcomings.  After you complete 8 missions out of the 36 available in the campaign, you unlock creative mode which lets you place dominos and other objects to your hearts delight.  Either mode allows your hands to be swappable with a few other tools that allow you to manipulate and grab everything around you.

I wasn’t expecting much from Domino Craft in the visual department, so in this regard my expectations were met!  The play area is a flat plane with a grid mapped to it just to help place your pieces.  Backgrounds typically contain 1 or 2 moving objects, most of the time being of the animal variety, though a snowman or giant ball or something will show up to mix up the visuals.  Initially you are limited to the variety of blocks and obstacles you’ll see but the longer you play, the more you will Unlock.   As far as I have heard, there are 2 songs in this game, one that plays in the menu, and the other that plays during the game. I don’t think the game song is more then 2 minutes long and just loops on itself once completed making for a very grating audio experience.  After my first 30 min of play, I needed a break just to get away from that not-so-harmless tune. 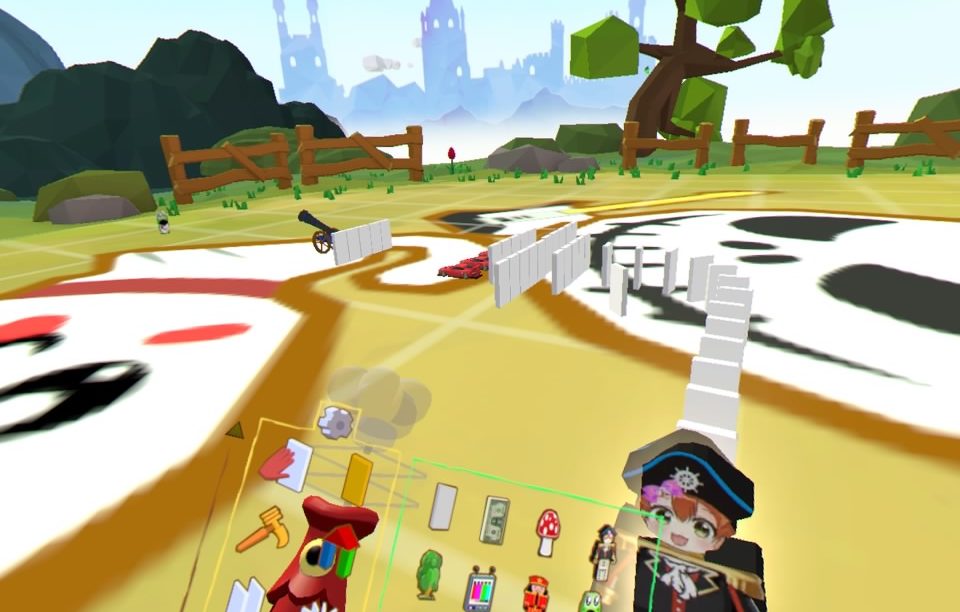 Build your own whacky setups!

The puzzle elements at play during the campaign are fun if not a bit simple at times.  Each stage has gaps in the domino chain which you must fill with your select number of pieces.  You are given a set number of pieces with which to complete the puzzle and while it should be fairly easy to solve any singular puzzle, it’s just as easy to mess up and have to restart thanks to the decent physics at play.  As new elements are introduced, you need to learn not only how they work, but to use them to get those elusive 3 stars.  Should you want to mess around in the creative side of things you can create anything the game throws at you and make some truly insane setups should you desire.

When I say the movement system is cumbersome, I mean cumbersome.  This should be a sit-down and chill type of game, but the amount of moving I was forced to do to adjust my position just a few inches caused me to stand up to play as that extra bit of room-scale tracking allowed for a much easier time placing the pieces.  Minor adjustments to your position are near impossible forcing you to move further away from game area, more then likely turn around as you’ll be facing the wrong direction, then trying to get close (but not to close) to where you want to be.  Like I said, you get used to these shortcomings, but they never go away.  Secondly is the creation mode, which is great except removed from the PSVR version of the Domino Craft is the online sharing component so while you can make whatever whacky domino set ups you want, you can’t do anything with them besides play alone. 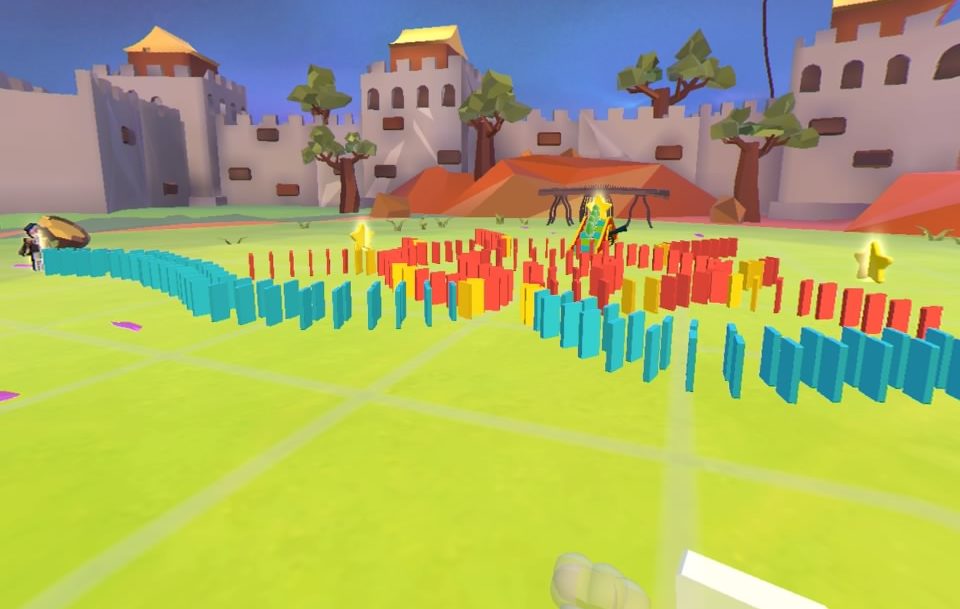 When they all fall down, it’s a joy!

All in all, Domino Craft succeeds where it supposed with a simple domino puzzle mechanic that works.  It’s easy enough to keep playing a little more then intended (though the music really tries hard to stop you) and the challenge offered in the later stages in trying to get all 3 stars is a fair bit of fun.  I can excuse the less then stellar visuals and there is thankfully a mute option for the music, so this just boils down to how much you like completing those domino puzzles or even just create your own setups.

What would I pay?  Given the lack of ability to share what I could make, I have 0 desire to create my own setups.  That leaves just the campaign which at $10 is still an alright value, if you are in the mood for some puzzle action.