With the introduction of VR headsets for consumers some 6 years ago, with those HMD’s has come a giant market for accessories to enhance the experience from haptic vests, treadmills, controller grips, rifle stocks and so much more.  One of the more unique ones I have stumbled across are KIWIdesign’s VR dumbbells; designed to bring your VR fitness goals to the next level by making your Quest controllers a little heavier, thus forcing the player to work a little harder to do, well…everything! What’s in the box? All this stuff!

Upon delivery, you’ll be treated to 2 sets of weights, 1 for each controller, which contains the top and bottom cover housings as well as 6 plastic adapters, 6 50g weights and a knob base to hold it all together.  Assembly is simple, requiring the user to slide the lower housing above the face buttons and the spherical housing on top.  They only fit one way so it’s easy to tell if they aren’t in place correctly and once in place you can than put the weights or plastic pieces in each one, no more than a combination of 3 of them per controller, securing them with the knob base.  I did have some minor difficulties putting them together the 1st time but once I figured it out, I never had any issues after that and could easily remove and swap the weights and adapter in seconds.  50 grams may not seem like a lot of weight, but I recommend starting with the smaller weight, or even just the plastic adapters, as they do change the balance of the controller in your hands and took me some time to get used to as the controllers become more top heavy.   For this reason alone, I (and KIWIdesign) highly recommend wearing your wrist straps as it could be easier to lose your grip, especially if you are sweating, and while I never had an issue in this department, I’ve seen enough videos of people tossing their controllers to know that it could happen.  Once they are all together and secured, you are free to enjoy whatever you like as these little accessories can be used not just to make your workout sessions better but increase immersion across many other VR games & experiences. 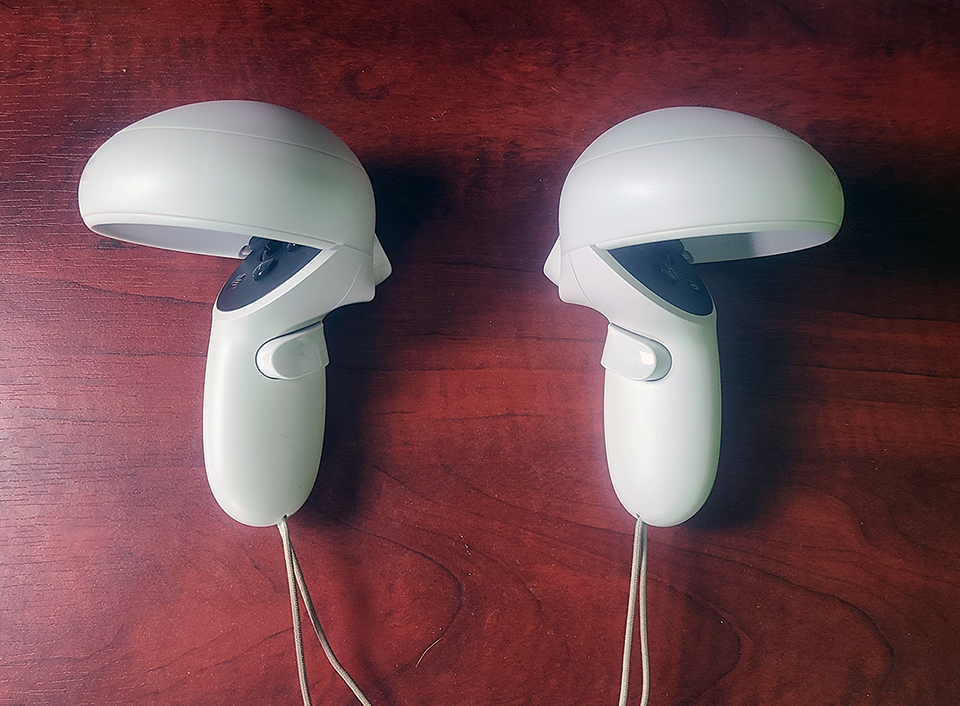 I really enjoy VR fitness games & apps.  Building up a sweat in the headset while smashing beats and avoiding obstacles is some of the most satisfying gameplay I have ever experienced in my life, so when I received these dumbbells, that’s where I went too first, and I was pleasantly surprised.  With many fitness games revolving around boxing, adding just a bit of weight to the controllers significantly ups the challenge as speed and reaction times are slowed and in order to compensate, I need to punch a little harder and react a little faster to keep up and keep my scores high.  Even with just 50 grams in each controller, arm fatigue happened a little faster and I began to sweat a little sooner and it felt fantastic.  Soon enough I was upping the weight and having a great time, enjoying the challenge of trying to keep up with all the walls and drones flying at me.  It wasn’t too long before I began to wonder just how these dumbbells would feel in more traditional VR games like Beat Saber or shooter experiences like Pistol Whip & After the Fall and I was not disappointed.  That top heavy weight added some nice heft to the controllers making them feel more like the weapons I was holding in my virtual hands.  Beat Saber’s Swords felt more realistic as did the single and 2-handed guns in After the Fall adding a nice new layer to the immersion factor that I wasn’t expecting.  It just straight up felt better having heavier controllers in my hands and while that added weight doesn’t exactly simulate real world items, for myself, they got the job done and I appreciated using them outside of just working out. 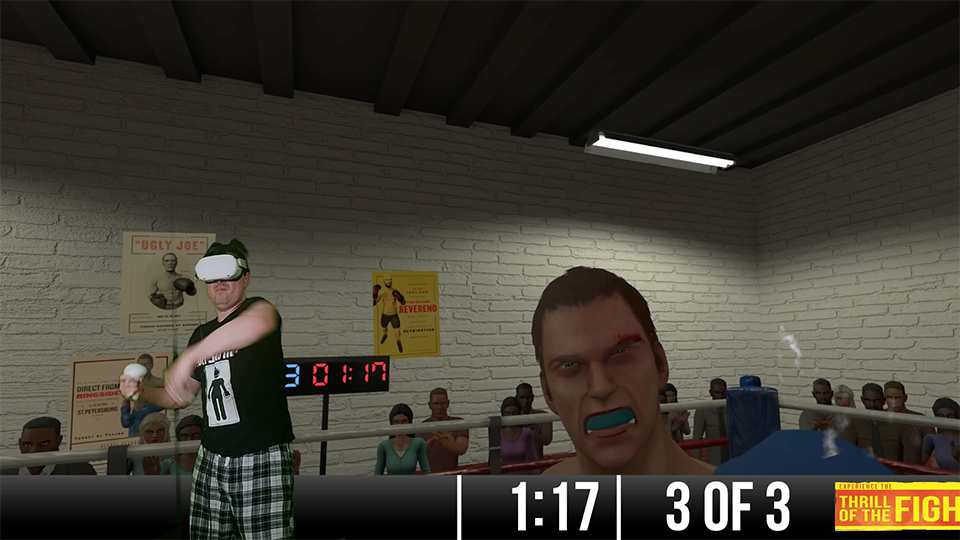 Even in just the 3rd round, my gloves were extra heavy with the dumbbells!

One of my favorite features of these weights is just how sleek the look when on the controller.  The color perfectly matches the touch controllers, and their design has them fitting flawlessly around the ring, making for a product I would swear, was designed by Meta.  With that said, those that use 3rd part grips may have to remove those as some designs wrap around the ring, which just won’t be possible with the weights in place.  KIWIdesign, and others, do make grips that don’t require the ring to put on the controllers so if you do enjoy both, you have options.  Outside of that one issue though, there really isn’t too much else to complain about as these work as advertised.  What I do appreciate is that these don’t weigh a lot, which means I never experienced any wrist fatigue, which can be an issue with similar peripherals and practices, and still got a lot of benefit out of them as they did increase my overall cardio. 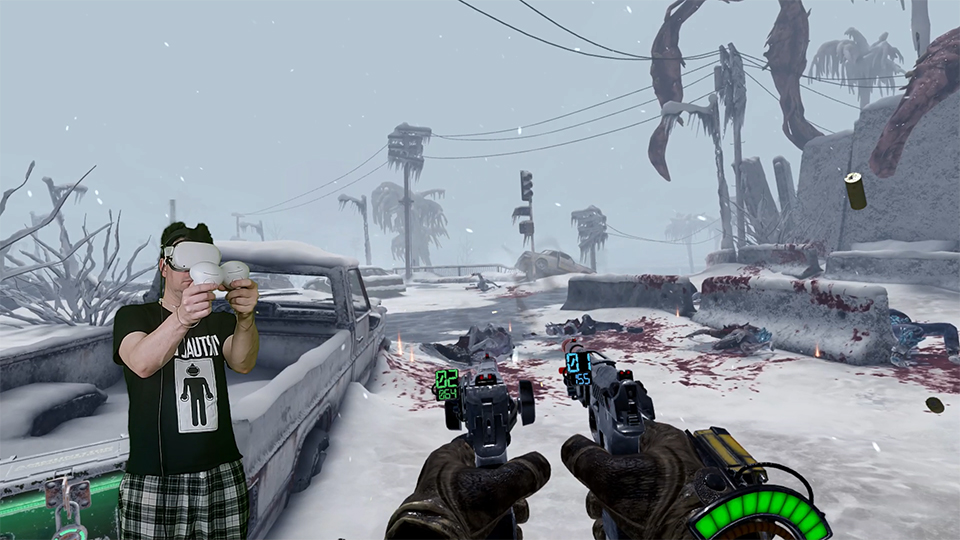 Even using the dumbbells in not workout games added to the immersion.

I absolutely love these little VR accessories as they really have amplified my workout routine.  The fact that they can benefit other VR titles has me highly recommending them if you are looking to add a little more immersion to your controllers by making them feel a little weightier and more authentic to the items in your virtual hands.  Of all the VR peripherals you can buy, this a relatively inexpensive one that delivers on everything it promises and even a little more, and that’s nothing short of awesome!

What would I pay?  A set of these will cost you $50 US and I think for that price they are totally worth it!  Perusing the KIWIdesign website at the time of this review has a 30% promo deal at checkout so you may even get them cheaper.

KIWIdesign provided The VR Grid with samples of this product and, regardless of this review, we thank them for that!