Virtual Virtual Reality is an odd game rife with comedy, light puzzle solving and a message about how VR will fit into our lives as the technology improves.  You are the new hire at Activitude, the Virtual Labor System and your job is to serve as a companion to variety of AI constructs who enjoy the company of lesser beings such as yourself.  What initially starts of as a collection of odd mini games soon becomes something much more and gives me the same vibes I had from the Portal and Esper series of games. 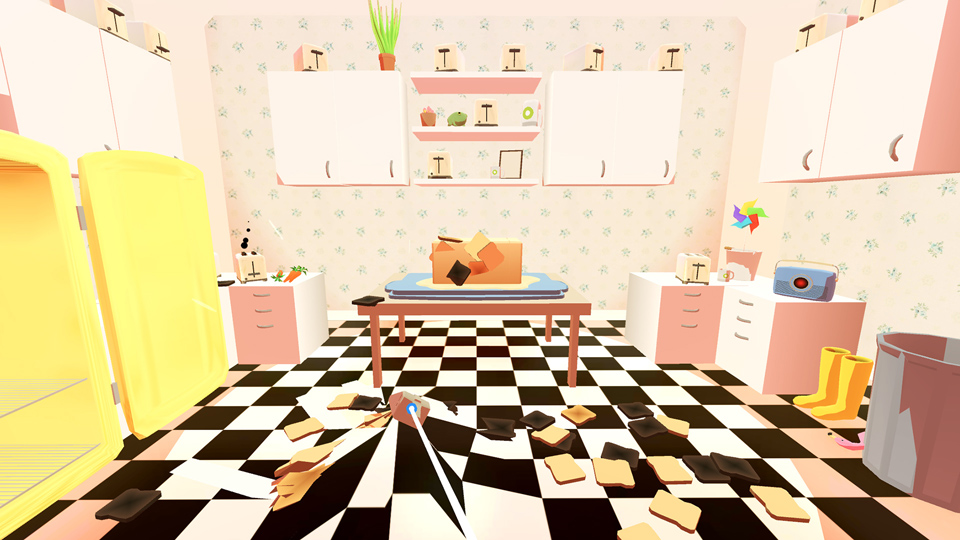 The first time you meet butter is ridiculous!

You can use a DS4 or 2 Moves here though each is underutilized belying this games original mobile VR roots.  Teleportation and 180-degree turning are your only options and while that may sound cumbersome, and it is, most of the action takes place in front of you so turning isn’t really needed until later in the game. The Moves give you 2 hands to mess around, with each one acting the same, allowing you to switch between Moving or using your Activitude Brand Poly Cleanup Tool which acts as a vacuum, sucking up just about everything around you.  As the controls are somewhat limited, so are the tasks you need to perform which mostly involve moving stuff from point A to B or using the vacuum on specific items.  Every job takes place in a virtual world so you will be constantly putting on and removing headsets as you travel deeper and deeper into the rabbit hole.

VVR pops in the headset thanks to some beautiful cell-shaded models.  The environments don’t carry much in the way of textures, but the lighting effects and level design makes every aspect of this game pop.  Many of the mini-games take place in rather small areas, but when combined with the art-style, polish and level of care in each of them, the game truly shines in VR.  Whether it’s a Robot arm playing ‘House’, a talking sail boat who wants to admire the sunset or just travelling through the construct these games takes place in, I never once took issue with the visuals and was even impressed by the sense of scale in some of these scenes and the darker more surreal tones that pop up in the latter half of the game, and some of them get weird! 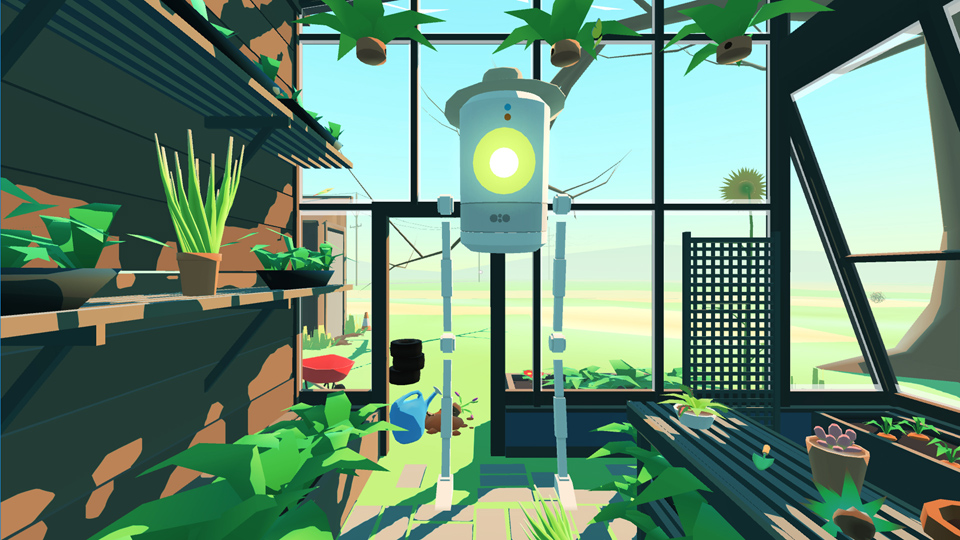 A large bulk of your interactions are with Chaz, your host who assigns you your next task and the individual AI constructs you’ll meet.   Much of the humor here is dry and self-aware and at the same time is completely ridiculous and over-the-top with a few of the scenarios eliciting feelings like I was channel surfing in the Rick and Morty Universe.  That Butter I mentioned; well, he wants you to rub perfectly toasted toast all over him and makes unenthused orgasmic sounds as you do.  That sailboat had me in tears as he yelled at me for ruining his perfect moment with a ton more characters all having their own weird personality quirks.  Chaz begins to get very annoyed by your efforts to play outside of the assigned box and lets you know and the amount of dialogue in here is impressive, though some of it does repeat if you hang around or replay sessions over and over.  Shout out to the self-aware VR whale who points out her own self existence in VR space and echo’s similar thoughts to my in regard to just how many whales we see in VR.

The game shouldn’t take you more than 2 or 3 hours to beat though that may not be without issue.  VVR plays out in relatively linear fashion but as your options expand around mid-way through the game, I ended up getting stuck in a gaming loop, repeating the same areas over and over largely due to the lack of guidance on the games part.  I was honestly stuck in ‘Butter loop’ for upwards of an hour before I figured out how to snap out of it and before I did, I was really beginning to dislike the game.  Thankfully, I figured it out and that whale brought me back to the lighter side and I finished the game off with a smile on my face.  There is a rating system in here for the jobs you do, but I don’t know if it matters or affects the story in any significant way as I often did terrible during those little games as I kept messing around instead, much to the dismay of the constructs.  Assuming you don’t get caught in that same loop, VVR is actually a lot of fun to play through and 1 or 2 scenes actually had me in tears with how they played out.  The message gets a little more serious as you play on, but not in an overbearing way.  I do wish this was optimized better for the headset as the 180 degree turn option felt way to limiting and even the teleport system felt clunky.  It’s not game breaking, but I did struggle with both control types with added loss of tracking on the DS4 making the Moves the easy choice to play this one. 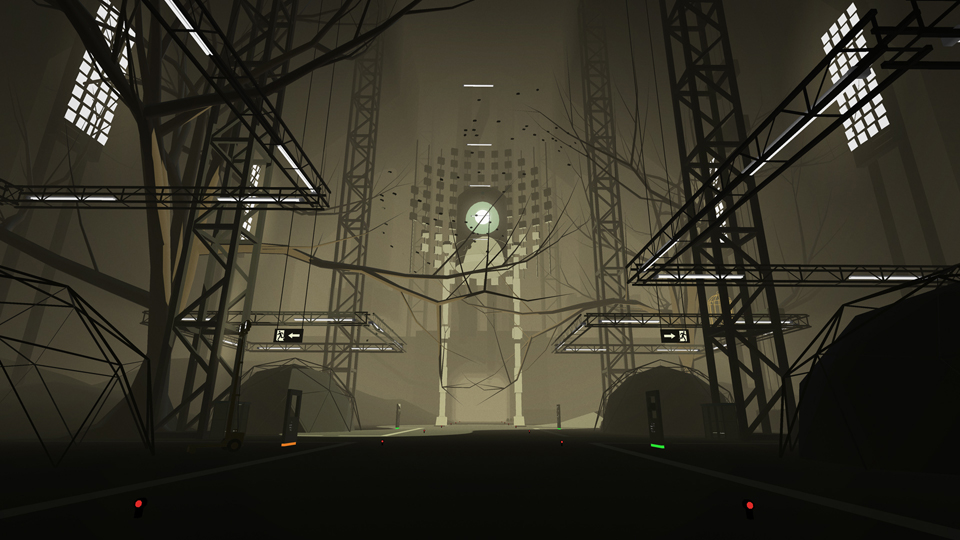 Thing get serious as the game progresses

VVR is a great little slice of VR fun.  It’s a relatively short experience but delivers a lot as far as entertainment value goes.  Being transported in and out of other VR worlds while wearing a headset is a slick little feeling that can even be a bit jarring at times as you are kicked out of multiple layers of VR back to your lobby, but it all works.  You can revisit the games you have unlocked with the game page stating that there are over 50 areas to play around in.  If you enjoy games like Accounting Plus or Job Simulator, then I bet you’ll take some joy out of this one as well as it feels like those titles, but carries its own, meta weird vibes.

What would I pay? This $20 on the US store and while I did enjoy my time with the game, my frustrations with the game loops and controls did hamper the experience.  It’s solidly made and entertaining, but I’d knock $5 off of that price for the issues I had.  Still, if you buy it, I bet you’ll have a good time!

Tender Claws provided The VR Grid with a press code for this title and, regardless of this review, we thank them for that!