Star Wars fans can rejoice as we have yet another VR experience designed to deliver almost non-stop fan service.  Vader Immortal: Episode 1 takes place shortly after the events of Revenge  of the Sith and centers around you, a smuggler, and your droid, who get caught up in a plot orchestrated by Darth Vader and must maneuver your way around his motivations and your own survival. 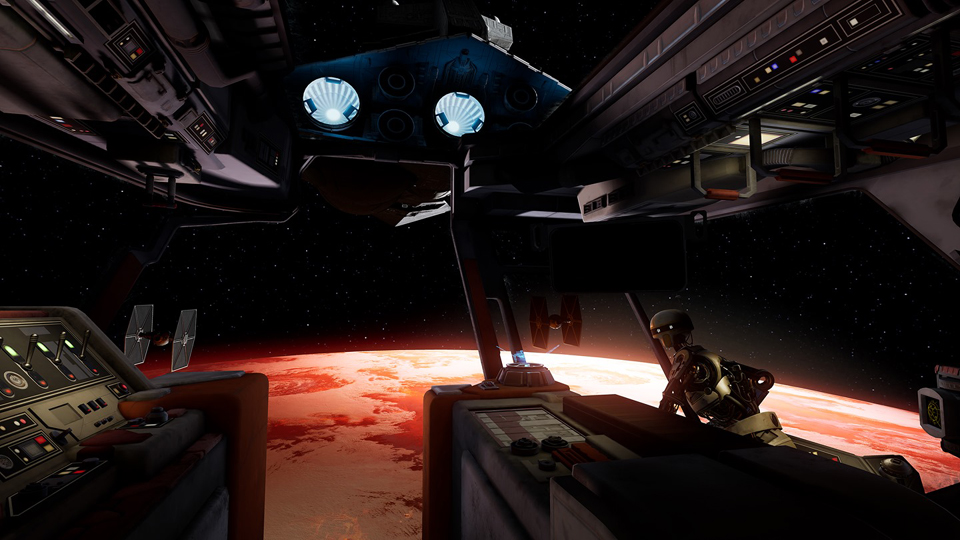 Your journey begins on a smugglers ship.

Motion controllers are your only option as you will be grabbing and wielding tools and a lightsaber.  Full locomotion is available here with a few comfort choices with one glaring omission as click-turning is the only option though you can choose whether it snaps or animates the turning motion.  The thumb stick are used to walk around and turn though depending upon where you are at in the game, these may be disabled as you enjoy a live cut-scene.  Every door you encounter will require you to solve a new puzzle, sometimes with a tool you pick up early on or by messing with buttons and levers.  What makes this so much more exciting is when you pick up a lightsaber and get to mess around getting into some light combat that utilizes some fun physics. Enemies only attack from the left, right or from up high and telegraph their movements well before they unleash and that may not quite be what people are looking for when they get to wield a lightsaber for the first time in VR, but the combat still feels very visceral thanks to some great controller force feedback and in-game physics. You’ll also get to deflect blaster bolts in Jedi-like fashion and besides the campaign is some lightsaber minigames that throw more difficult challenges your way and offer a decent bit of content besides the 45 min(ish) campaign.

Fan service wouldn’t be so good if you didn’t believe you were in the universe in question and holy moly does this look amazing.  Starting off in the interior of your ship with your trusty floating droid ZO-E3, escaping from some kind of previous adventure only mere moments before you come into contact with the Empire and Lord Vader,  caught by his Star Destroyer and forced to land on Mustafar, the lava planet from episode 3.  Textures look phenomenal, though some of the backgrounds look a little rough, and the attention to detail makes so many moments in this game a dream come true.  Lighting effects are top notch and other little touches like the scorch marks on walls where your lightsaber touches and the shear variety of the stages you’ll see in such a short time is commendable. It should be noted though that the Rift version is a fair bit darker than the Quest one, which by no means wrecks the game, but a few instances pop out where it’s clear that you should be seeing something that’s bathed in to much darkness. 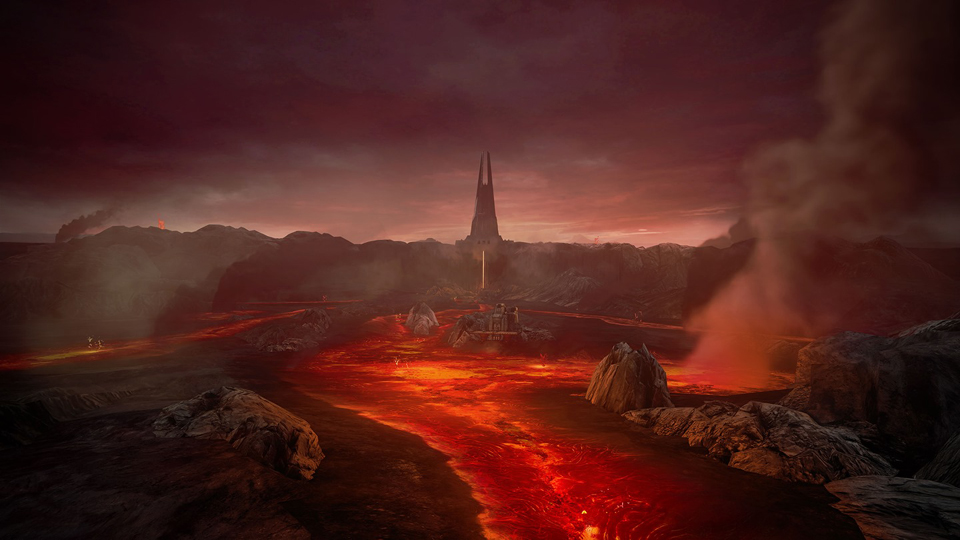 Performances are also top quality with every single character feeling like they belong in this expansive universe.  I wasn’t the biggest fan of Zoe, your droid, as I felt her mannerisms were just way to human, but besides that little hiccup, I enjoyed every performance.  Even the voice of Vader was done surprisingly well and while he is no James Earl Jones, the actor does an excellent job at portraying one of cinemas (and gaming’s) greatest villains.

It’s not perfect, but I honestly forgive all its shortcomings in exchange for what it delivers.  Handling a lightsaber feels fantastic but the simplicity of defending from 3 directions definitely needs to be expanded upon in future episodes. The puzzle elements are also easy, devolving mostly into seeing what you can grab and moving it and I wouldn’t have minded seeing a little more challenge in those moments.   All the design choices here keep the story flowing at a solid pace and never really let you catch your breath up until the ‘to be continued’ ending. 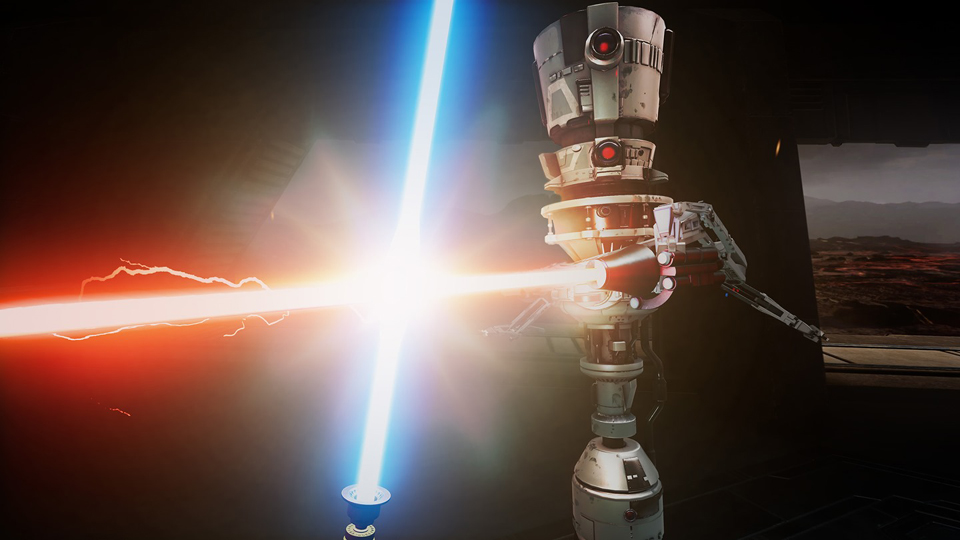 Despite their simplicity, the lightsaber duels are a lot of fun!

I love this experience, though I am a huge Star Wars nerd.  Like 2016’s Star Wars Battlefront VR content, this was just a taste of being immersed in the Star Wars Universe and I want more.  For it’s few shortcomings, it still delivers a fantastic interactive cinematic experience that puts you in the middle of an all new Star Wars adventure.  Even if you aren’t the biggest fan of the Star Wars lore, the overall presentation and great use of VR makes this an easy recommendation, if just to see what our current gen headsets are capable of.

What would I pay? This is a paltry $10 and worth every penny, especially if you are a Star Wars Fan.  It’s the first of 3 planned episodes and if every one delivers an experience on par with this first episode, I’m more then cool with the same price for future chapters!