The VR rhythm genre gets yet another game and like January’s musical release, this one is all about drums.  Just like Happy Drummer and other non-VR Rhythm games, Audio Beats takes the tried and true Guitar Hero Formula and applies it to drums making for a fun, but shallow VR experience. 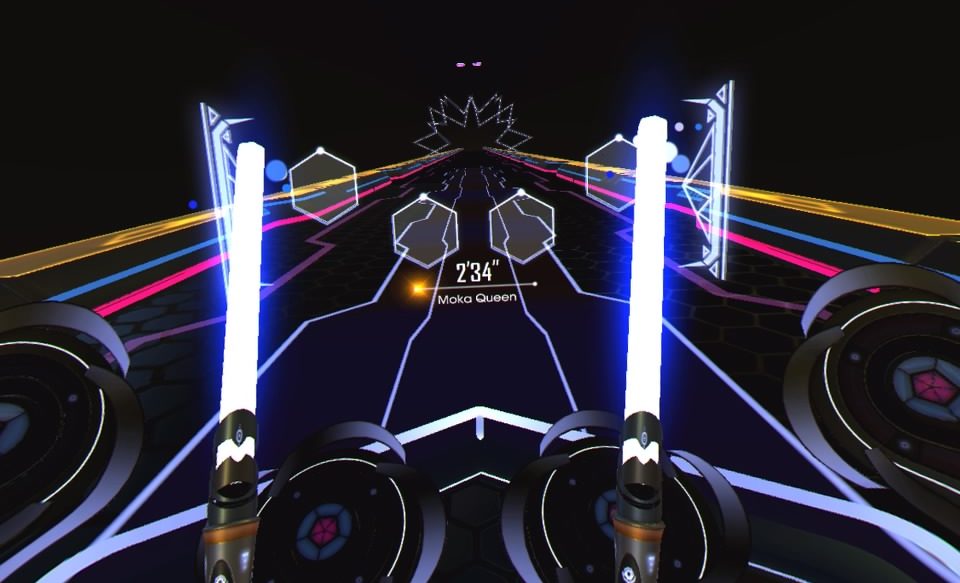 You get light sabre drum sticks!!!

It’s obviously Move controllers here and you are going to need both hands.  As shapes appear ahead of you and move toward 1 of 4 drums, you need to hit said drum at the exact right time for maximum points.  Too quick or to slow will still yield that beat getting hit but will cause it to not quite line-up with the music and deduct from your final musical score.  Beats may need you to follow the length of a laser that moves across a drum set or require a flick of the wrist in a certain direction or hit 2 different drums at the same time.  It can get frenetic and very difficult, but when you do find your own groove and start amassing a large combo, it’s pretty satisfying.

There is only 1 stage here and it looks like a neon conveyor belt on a black back ground.  Different shapes will surround the walkway you are on and move toward you eliciting a slight sense of movement, but for the most part you feel stationary.  You can customize the look of your drum set with 1 of 2 choices for the drums, sticks, beams and beats which is great though a few more options, even in with some DLC, would be nice.  You can also change the pace at which the beats come at you, if you are looking for even more challenge

The audio is by the far the most important aspect of any rhythm game and Audio Beats suffers from a lack of it.  More specifically, currently available is only 5 J-pop songs (I think that’s the genre) and while each does sound different from the other, after around 20 minutes, you have heard all the tracks.  It looks like you can import additional tracks, but it appears to purchasable DLC only, and there is currently no DLC available.  My one issue with the audio is that no matter what song you play, your drums sound like they don’t belong with the song.  Even with the option of changing the noise they make, they sounded like they were added to a song that never had drums in the 1st place creating a large disconnect between your beats and the music. 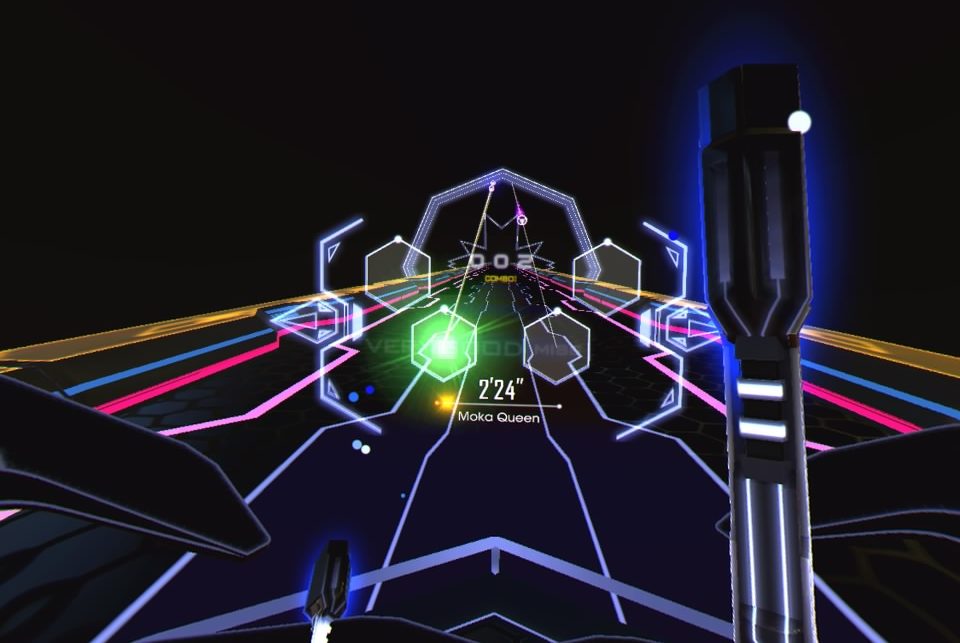 When the beats come, you better be ready to jam!

Each song does have 3 difficulty levels and individual leaderboards so there is replay value for those who want to improve their skills, but with such a small library, things get very repetitive, very fast.  That said, this is still fun and when I did find a groove and my timing was spot on I couldn’t help but get caught up in the music.  Audio Beats does what you would expect but is in desperate need of some additional DLC or the option to import your own music.  Still, if you are looking for a Guitar Hero-esque VR rhythm game, the music tracks and multiple difficulty options should keep you entertained.

What would I pay? The $10 asking price is ok for what’s here, provided you can handle listening to the same few techno-pop songs over and over and have a drive to master the 3 difficulty settings.  If you are less musically inclined, like myself, maybe wait for a sale.