Spooky old ruins, ancient puzzles, mysterious disappearances, and relics of untold power.  If that sort of thing gets your inner Dr. Jones reaching for his whip and hat, then The Ruins: Escape the Room might be worth a look.  But, consider yourself warned, you will have to face a few challenges if you want to find out the truth hidden deep within The Ruins. 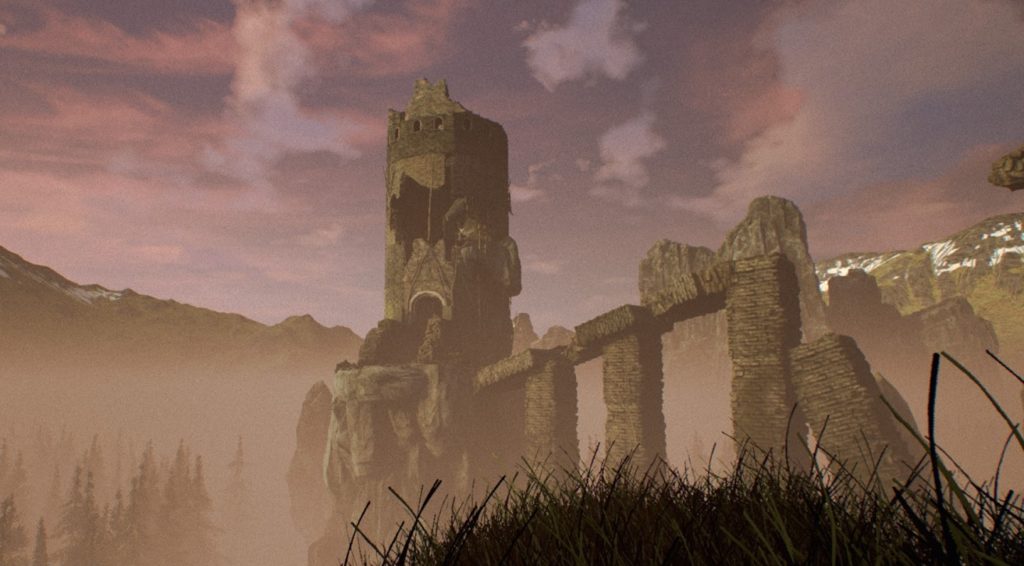 It may look small but these ruins hide a big secret.

In this game you take on the role of an explorer trying to uncover the truth behind the disappearance of his grandfather, a well known archaeologist, who mysteriously vanished after setting off on one of his many adventures.  Along your journey you will uncover clues as to his fate, encounter several puzzles, and discover a very unexpected twist.

Being an escape room game the main focus is on getting from one room to the next by solving a variety of puzzles.  Now while I am not the brightest torch on the garderobe wall, I did only manage to get stumped by only one of these puzzles during the twenty or so minutes it took to complete the game.  The puzzles were still fun to solve, but could have used a bit more effort in their design to make the game more challenging overall.  Basic matching puzzles and poorly hidden switches comprised most of the challenges and while that would be fun for younger crowds, the average VR player might feel a little let down at the skill level required to complete the game. 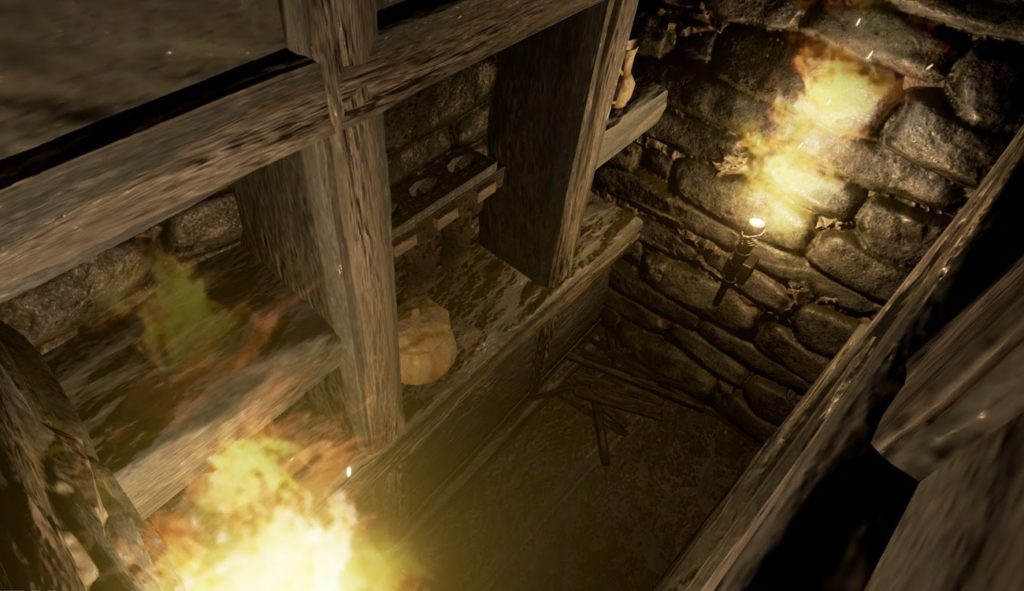 Great lighting and textures for the most part.

During your adventure, you will come across a few items, mostly jewels, switches, and torches that will help you solve the puzzles.  To use the items you will need to grip them by placing your hand around the object with the touch controls and using the trigger to grip and releasing to let go.  You will also need to inspect your surroundings in every room.  Thankfully you can pick up and carry the torches on the walls and illuminate the darker spots.  All of your navigation will be done utilizing the room scale feature of your Vive, allowing you to traverse the corridors with relative ease without any need for teleportation or any other locomotion.

The graphics in this game are probably what stood out most to me.  It looks absolutely beautiful with great lighting effects and textures that bring the ruins to life.  The only thing that came across as somewhat lacking where the jewels.  They lacked any real texture and basically ended up looking like brightly colored children’s blocks.  Needless to say, they stand out rather sharply against the otherwise beautiful background.  This wouldn’t have been a major issue, however they are part of the puzzle solving and therefore could have used some of the love given to their surroundings to keep the theme of the game from being broken every time you come across one.

The voice acting done for your missing grandfather was really enjoyable and well done.  The sound effects, while limited, did a great job but the overall ambiance was missing from the game.  This could have been covered up with an eerie soundtrack but that too was missing.  The absolute worst part of the audio, and probably the funniest part of the game, was one of the sound effects used in solving a particular puzzle.  For some reason the designers decided to use drum sound effects and I don’t mean old war drums but rather modern sounding drums.  Not only did this completely kill the spooky vibe of the game but it was also done with rather cheap sounding effects.  It was good for a laugh however. 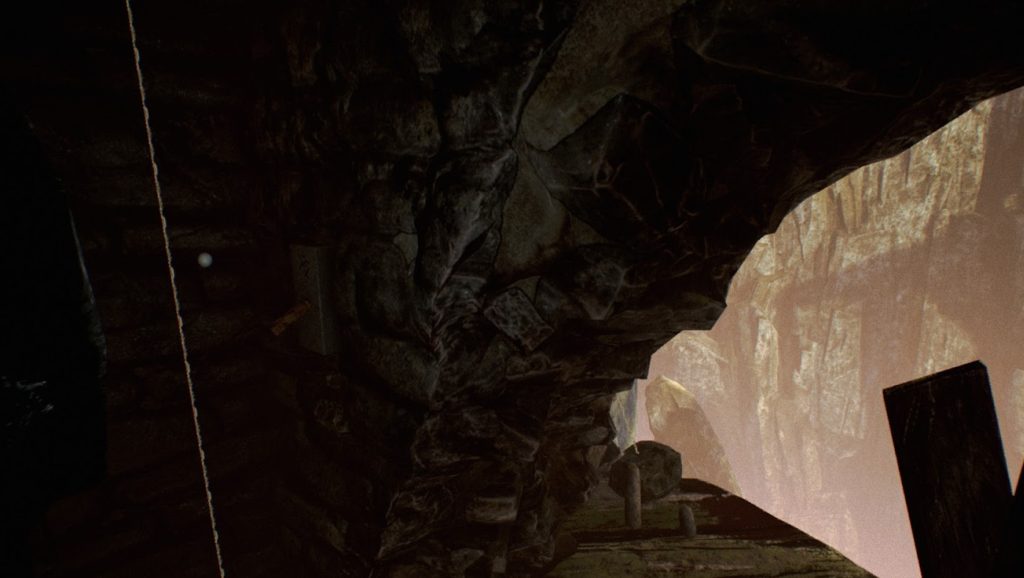 One of the more interesting puzzles in the game.

The story was pretty good and unraveled at a good pace during the gameplay but the ending did leave a few unanswered questions, particularly how a certain relic came to be in the ruins. The climax was interesting and the visuals were pretty great during that sequence.  I am trying not to give away too much here but I will say that you will face a choice and that choice will have some large and unexpected consequences.  But fret not, you can easily go back and redo the final room to view both endings if you so choose.

What would I pay?  I would recommend this game if the asking price was lowered to $2.99 or possibly bundled with a few of the developers other escape room games. The visuals and story are good, but at 5.99 the puzzles are just too simple and the gameplay too short.

Blue Entropy Studios LLC provided theVRgrid with a review copy of this game and, regardless of our review, we thank them for that!

Wolf and Pigs: Out for Vengeance

Liked it? Take a second to support The VR Grid on Patreon and win VR games!