Oh, you wanted more review, really? This is The VR Grid’s  4th review of the game but ok!

In Superhot, you fight against red polygonal enemies as they try to do you in. The catch, however, is that time only progresses when you move, which allows for all sorts of bullet dodging and kung-fu antics. Superhot uses this time mechanic to create all sorts of interesting fighting puzzles, but never feels like a gimmick. Each fight is a complex set of decisions, which enemy do you kill first, should you shoot your weapon now and risk their bullets tearing through you? Or should you take it slower and walk up to them to punch them in the gut? The lack of cords on the Quest opens up entirely new playstyles as well, where previously you were mostly held in place by your cord, now you can roam around to create new ways to destroy your enemies. 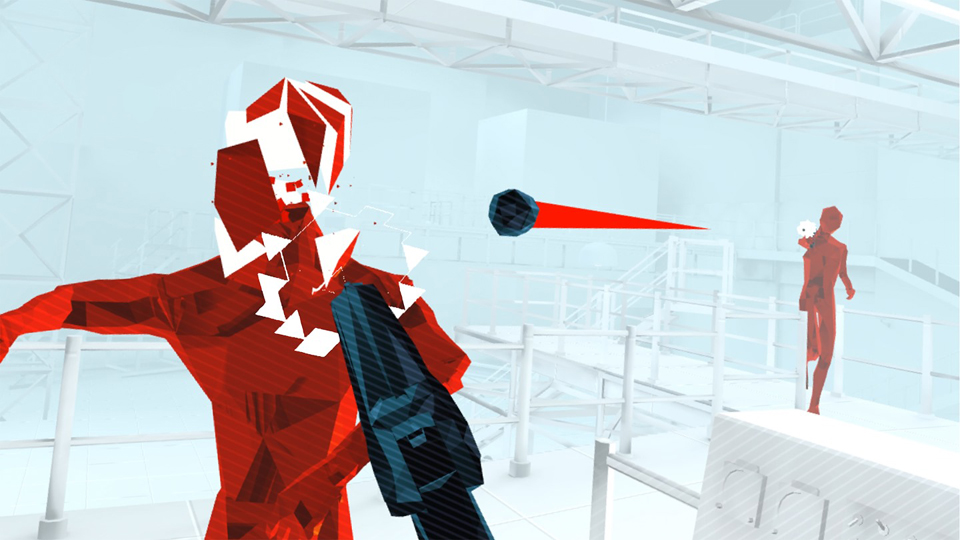 Always be on your toes!

Superhot is graphically a game of simplicity and minimalism, yet always feels perfect. The red enemies, black weapons, and white world let you know exactly where everything is at all times, and makes you feel like Neo in the Matrix. Supposedly for the quest version there are slightly fewer effects than on the PCVR version of the game, but I honestly couldn’t tell a difference. The Superhot team has said they reworked how enemies shatter when you kill them specifically for Quest, so I’m assuming that this new way masks any differences by simply doing something differently. The art style is simplistic, which of course lends to it still looking great, but I think people who expect simple graphics to be easy to port should do some reading on how the Superhot team brought the game to Quest, it’s quite impressive. 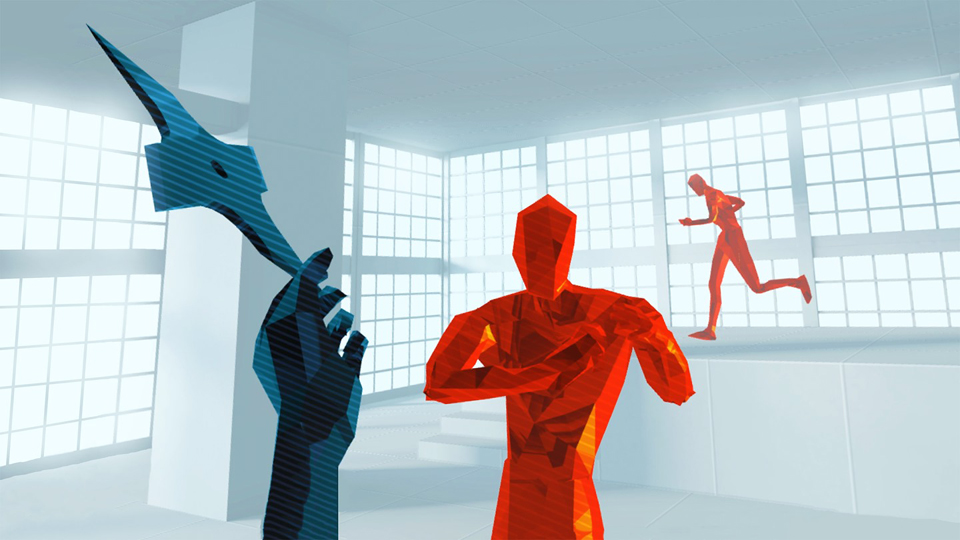 Throwing objects is harder then it looks

The audio in the game is still suitably atmospheric. Enemy deaths still sound like glass breaking, and SUPER HOT is still nice and full of bass. The audio, like the visuals, goes for a minimalist approach while remaining impactful.

By this point if you are into VR, and you have done even a small search into what games to get, you have read about Superhot. The reviews don’t lie, Superhot is something every VR fan should experience, and they should now experience it on the Quest. At no point did I find my controllers losing tracking, and for as active as I am during the game, it’s really a nice surprise. The biggest change in gameplay that old fans of the game will notice is that the pyramids between levels are gone. This makes the levels more seamless, and just blends everything together even more than the previous versions of the game. The game is just superb. 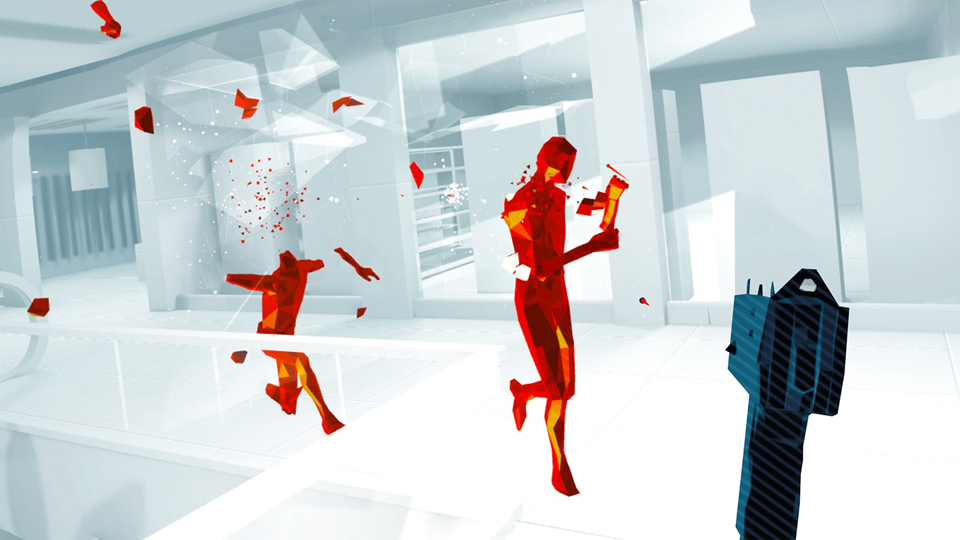 The shattering effect never gets old

The only real negative of the game is the length, and even that is somewhat negated by the replayability. Now, while the game does take about 2 hours to finish, I was disappointed when it was over, but having gone through this game something like 7 or 8 times, I can’t say I haven’t got what I paid for. And it’s so much fun…I feel like this is a nitpick rather than a huge issue.

Overall, Superhot on the Oculus Quest is the best version of the game yet. PIck it up as soon as you can.  It’s  the same game as on PCVR, except it’s more refined and you have no tether.  Buy it.

What would I pay? I would happily pay the asking price of $25 to play this game another time. For such a unique and empowering experience, it’s a must buy. No question about it. If you see the game on sale and don’t own it, it’s an even bigger steal!

SUPERHOT TEAM provided The VR Grid with a press code for this title and, regardless of this review, we thank them for that!!!