Racket Fury has been for quite awhile, having been released for every compatible VR headset with the PSVR to be the latest to not necessarily get the game, but get the complete game thanks to a recent patch that now includes multiplayer. 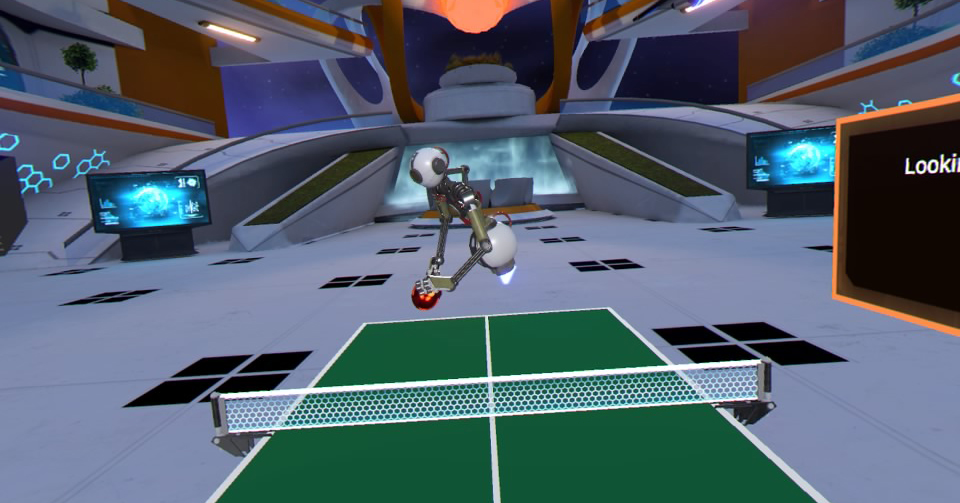 This is Ping Pong, and you are going to need a couple of tracked motion controllers to handle all that playing with your balls action.  All the standard rules are at play with you standing opposite your opponent and for this game, you need to stand.  Everything before you is life size and depending upon your skills, or those of your opponent, you may have to go beyond the edges of the table to reach those hard shots and return them.   The game detects your height when you first boot it up, but should you need to adjust the table height once in game you can do so along with a host of paddle options allowing you do adjust it’s position to your liking.   You can also switch between simulation and arcade physics with the latter really just adding more spins the balls as far as I could tell and maybe allowing for some more power shots.  There are 3 options to play; Championship which pits you against 4 tiers of increasingly challenging opponents, Practice let’s you play against a bot and of course, the online multiplayer which let’s you choose from servers around the world, or host a private game, to test your skills against a human adversary.  Every match gives you experience which increases your player rank and gets you loot to purchase different parts for you own robotic avatar allowing for some fun customization.

Racket Fury looks really clean in the headset and while the emphasis in this game is on the simulation side of things, the esthetic is anything but with all the competitors being floating robots, which is a fantastic way to avoid the issues of leg mapping in VR, as that is traditionally very awful.  Whether it’s AI or human opponents, the body mapping is fantastic allowing for a great sense of immersion as the separation between reality and the virtual is almost non-existent.  You can choose whatever skin you want for the backgrounds and can change it at your leisure with the areas you can choose from ranging from a small gym to a floating space station each with day and night settings.  Even the AI reacts in human, though exaggerated fashion, cheering when they score points, get frustrated with a bad shot and even float over to your side of the table for a friendly greeting. 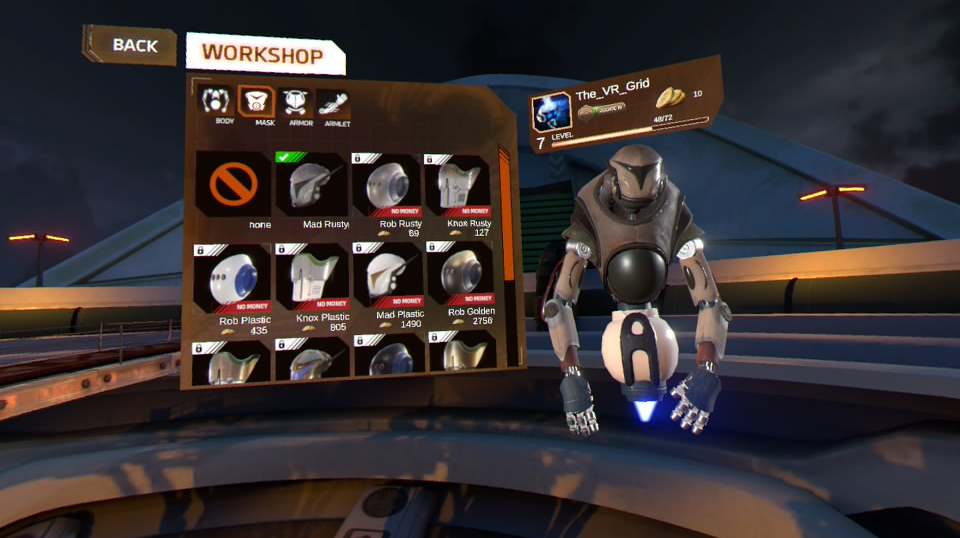 Customize your bot to your liking…if you can afford it.

Audio is a bit more divisive with all the Ping Pong effects sounding great but anything beyond that is more miss then hit.  Commentary is optional and with it on, the commentators barely speak, seemingly at random moments and often repeat the same few lines and I ended up leaving it off as it really didn’t help the game in anyway.  The roaring of a crowd can also be overheard when you play, cheering and jeering when points are scored but no crowd is visually present on any of the maps making it seem very awkward and misplaced once you notice it.  Still, my whining’s are minor at best and once you start your next match, you’ll soon forget about these audible shortcomings in favor of the fantastic gameplay and the online games also have mic support so you can talk to your opponents which was a very welcome inclusion.

I am really digging this game with the only real issue being one that plagues many other games with multiplayer is the lack of player base.  Servers are seemingly setup around the world so you can visit anyone of them to see who is playing and in my testing, sometimes I found guys to play against and at others I was the only one online.  Thankfully, the AI opponents are no joke and offer a great challenge on the harder difficulties and are easily beatable on the opposite end ensuring anyone of any skill can jump in and have a great time.  You can also search for an online matchup and still enjoy the single player content until a match is found so you aren’t stuck waiting in the matchmaking lobby.  I experienced no lag on servers near myself and even playing with a fellow from Europe, we only experience the tiniest of issues that barely impacted the game.   There is only 1 game type to choose from, that of a regular Ping Pong game, which some may take a little offense to compared to other VR Table Tennis efforts but that’s a very minor quibble at best as the gameplay in here is unparalleled, especially on the PSVR. 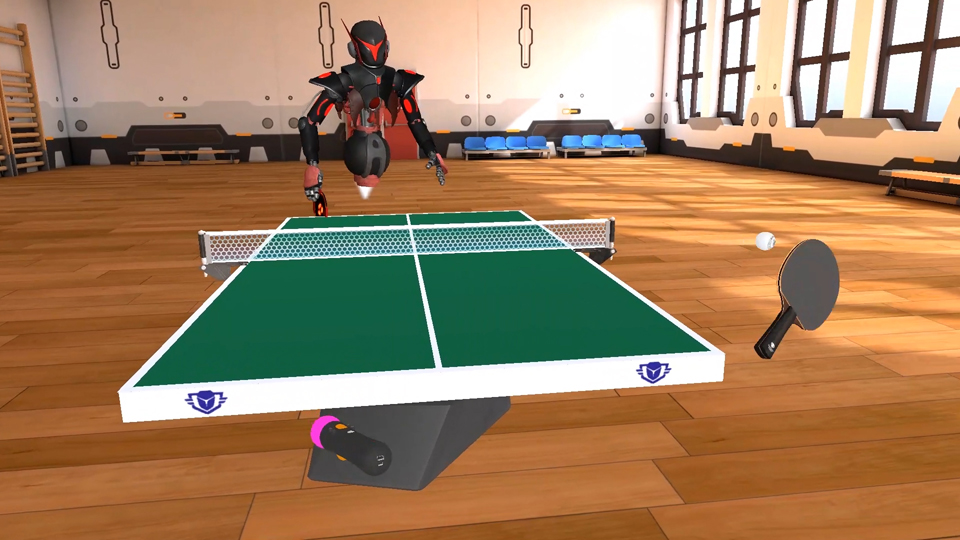 You’ll have to move more then you might think!

Racket Fury delivers on a promise of having competitive multiplayer matches that emulate real world ping pong to almost near perfection.  The single player content is equally on point and with some customization options to change your scenery and avatars, there is more then enough content in here to make anyone interested in VR Ping Pong happy.  Every time I picked this up to play whether solo or online, I played more then I intended and only really stopped when I found opponents who crushed me, which did happen from time to time but that never felt unfair and just motivated me to get better.  This is straight up VR goodness!

What would I pay? This is $20 and well worth it.  It’s rare we see games emulate real-world physics so perfectly and I truly felt like I was playing Ping Pong.

Cmoar Studios provided The VR Grid with a press code for this title and, regardless of this review, we thank them for that!