It seems to me that competitive tabletop games are seeing a boost in VR with a slough of them them coming out in recent memory.  Tabletop Gods is the latest with you controlling one of three factions as you place you troops on a map, tasked with destroying the enemy forces and buildings as fast as you can through a few rounds of action. 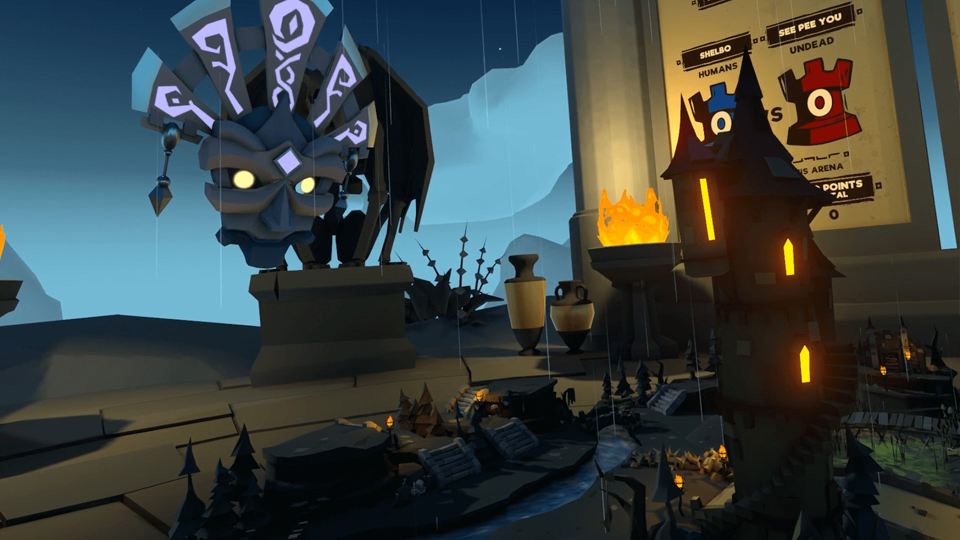 Look across your battlefield

Those familiar with other Tabletops like League of War or Skyworld will be instantly familiar with the base mechanics here.  This is also available flat and is cross-platform between non-VR and VR players with each method being, for the most part, equally competitive but for the purposes of this review, I will be focusing in the VR Mode.  With your 2 tracked motion controllers you can cycle through and spawn your troops, placing them anywhere in the map that’s within your control, as indicated by your towers, whereupon they will automatically advance toward the nearest target.  At each games onset you can swap spells and place faction specific traps and weapons which are limited by number and cost, which applies to troops as well.  Each faction (Human, Undead or Demon) has their own unit types and while each has similar units (soldiers, archers, giants and so on) those troops may be more or less effective depending upon which faction you choose and are also more or less susceptible to other specific troops, turning this into a chess game of pairing up troops to compliment each other and having the right types in defense when the enemy starts to push hard.  Like other tabletop battlers, you have action points, or mana in this case,  which steadily accrues throughout a battle with each troop costing anywhere from just a couple points to several making the waiting game for powerful troops a gamble as your bases can be quickly overwhelmed if you aren’t defending them.  Each game lasts 3 rounds with a few different game modes available including a campaign, multiplayer and skirmish modes which can be customized further thanks to some goal specific objective like destroying towers in a specific order or finding the enemy ‘king’ hiding in 1 of the towers.

Tabletop Gods opts for a brighter color palette and cartoonish look to everything which compliments VR nicely.  The troops are very easy to distinguish from each other and there are a few maps to choose from which for the most part play the same but change up just enough of the environment to make them feel different from each other.  Spells can summon some very impressive visuals, specifically the fireball which looks like a nuclear bomb has gone off and I enjoy its effect every time I see it.  You can move around the table for a better vantage point and across from you is your opponent’s avatar which you can watch in real-time as they place their own troops.  Beside the table before you, you are in a large stone arena with pillars traveling high around you and a scoreboard to your side detailing the events from the game. 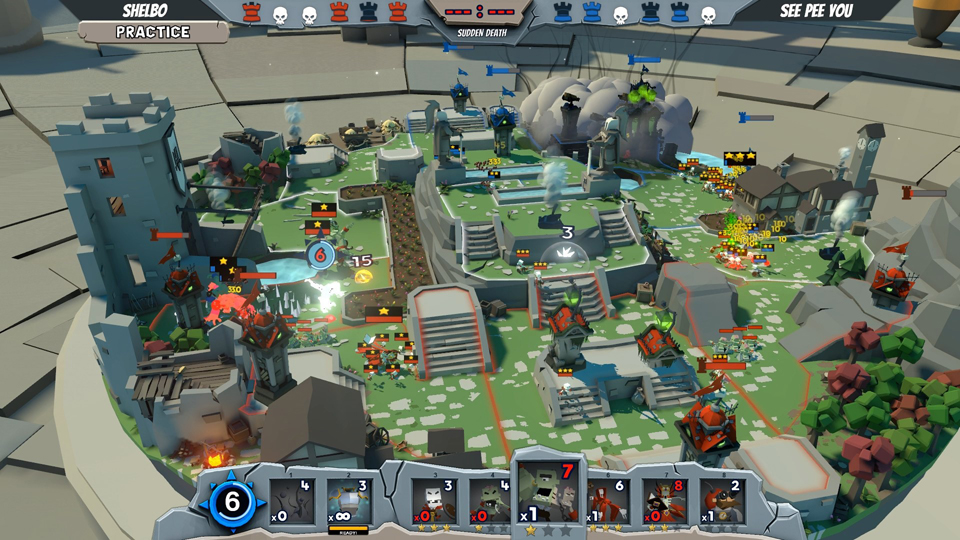 Whether you play flat or in VR, the multiplayer is very balanced.

A loud voice accompanies every action so whether you are placing units or traps or successfully destroy and enemy tower or lose one of your own, his booming voice let’s you know what’s going down so you are never left in the dark with whatever is happening on the battlefield.  Some typical, generic RTS music is here, which never offended me, as well some vocal free metal tracks which don’t really fit the Fantasy theme of the game, but were appreciated, adding to the frenetic pace of acting and reacting in battle.

The single campaign is a rather lengthy one thanks to the differing modes and the amount of stages, but with no story in place, it plays out more like a mobile game with the goal being to crush the enemy in an attempt to get those oh-so glorious 3 stars.   Beating a stage unlocks the next one though thankfully you can bounce back and forth between the different modes so should one level prove difficult, you can come back to it later and revisit another stage in the meantime.  Skirmishes are available at any difficulty and game mode with the multiplayer being the crux for extending gameplay.  The AI can be too easy or impossibly challenging but playing against a human opponent is always great fun.  There are online leaderboards for each stage so you can compare your skills with other from around the world and the overall package here is a solid one.  Troop types can be leveled up throughout a match becoming more powerful and magical buffs can be used to bolster or protect your troops.  There is a larger learning curve then I expected with regards to balancing between the troops types and what is more effective against what, but as long as you are paying half attention to the action, you should figure it out though that might come through a loss or two. 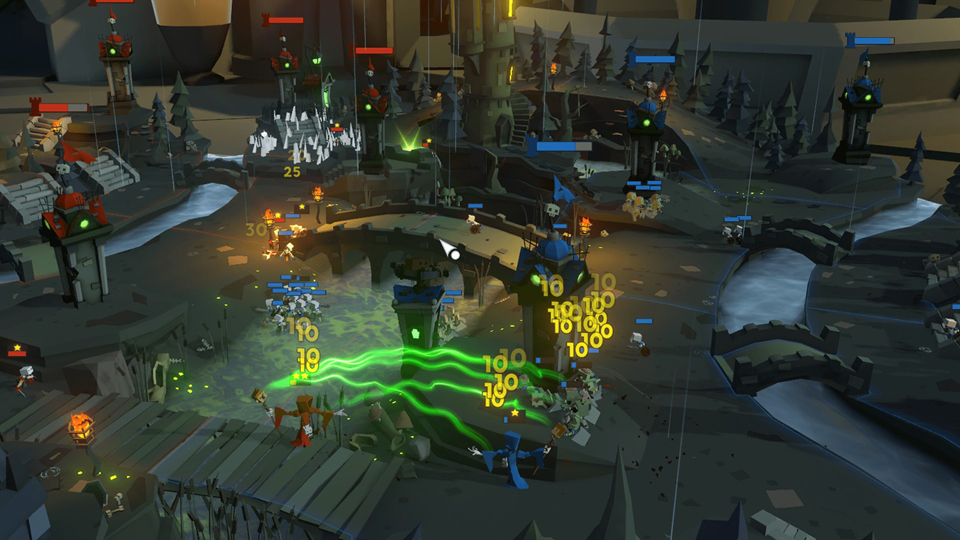 A lot can be happening at any given moment.

Tabletop Gods is a great addition the genre as there really isn’t a lot to take issue with.  The campaign, though a little basic, is still challenging and fun and the skirmish and multiplayer modes add a great way to jump in and play through a match.  Multiplayer VR games can typically suffer from a lack of large player-base but with this game allowing non-VR players to face off against VR players, as well as the option to hop into an active game as a spectator, hopefully a consistent player-base will be active after launch.  Still, if the multiplayer option is not available, Tabletop Gods is  great fun… even if you have to go it alone!

What would I pay? This is $20 and well worth it…assuming you like table-top action with a little more simplistic gameplay.  The game is actually fairly complex but the base mechanics (place troops and watch them go) may come off as too simplistic for those craving a more in-depth real-time strategy game.  That said, with a few modes, multiplayer across VR and non-VR players and some great presentation, there is a lot to like here!

Other Ocean Group provided The VR Grid with a press code for this title and, regardless of this review, we thank them for that!