It’s time for some classic table-top RPG madness!!!  Alright, maybe madness is a bit much as Table of Tales brings a traditionally slower-paced genre to VR in the vein of classic Dungeon and Dragons style gameplay.  This is a turn-based RPG that has both a single-player campaign and multiplayer action utilizing a unique visual style and some fun mechanics. 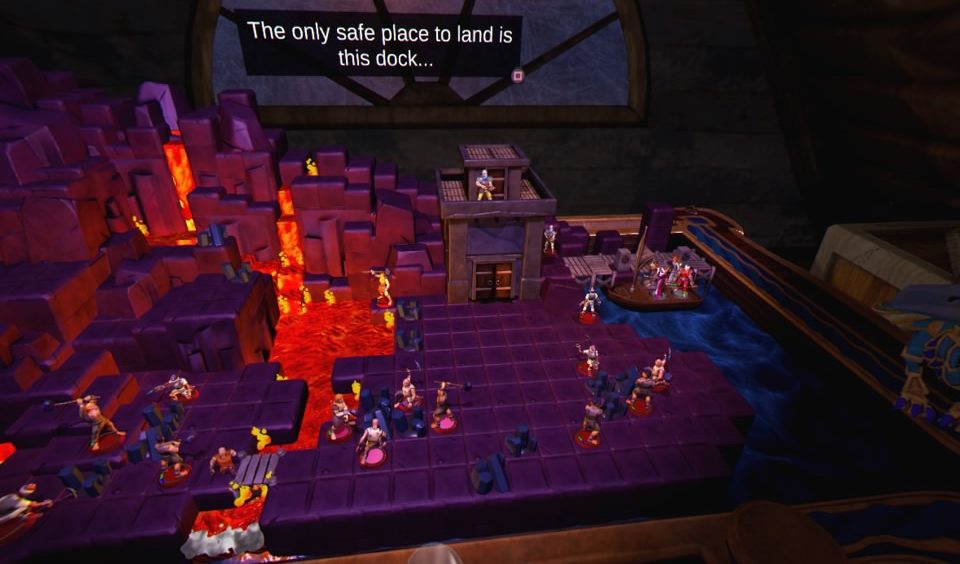 I love the table-top action here!

The play area is the table ahead of you and your hands are each mapped to 2 wands that look like Move controllers and are used to grab everything in front of you and can be extended to reach stuff that may be out of reach. In fact, other then accessing the menu, every interaction involves you grabbing something making the game feel very physical, emulating tabletop action wonderfully. The play area is broken up into a square grid and each of your 4 characters has a certain amount of action points which can be used to move around the map or use an attack or other ability. Every round has you moving your characters around the play area and their abilities are on cards placed in front of you. To use one of those actions, you need to grab the card and place it on that character or on the enemy you would like them to attack. Should you want to recover, every character has a rest option to increase your defence and health. Throughout the campaign, you will unlock new abilities and increased attributes, though these only happen at story specific junctures as there is no level up system in the game. Some areas will have context sensitive cards that may allow you to destroy or move a barrier, trigger a trap or a few other options which involve the roll of 3 dice, meaning the outcome is not always in your favor. Throughout the campaign you will be given choices that affect the games path so multiple playthroughs will yield new outcomes to the same situations.
Besides the campaign, there is also a local multiplayer element that has the VR player playing as a villain dispatching minions to stop the encroaching heroes. The same gameplay mechanics apply here as from the campaign with Table of Tales supporting up to 3 non-VR players during a match. I always appreciate the inclusion of these modes, and this works well enough though I much preferred the campaign, but I am most definitely more of a single player gamer. 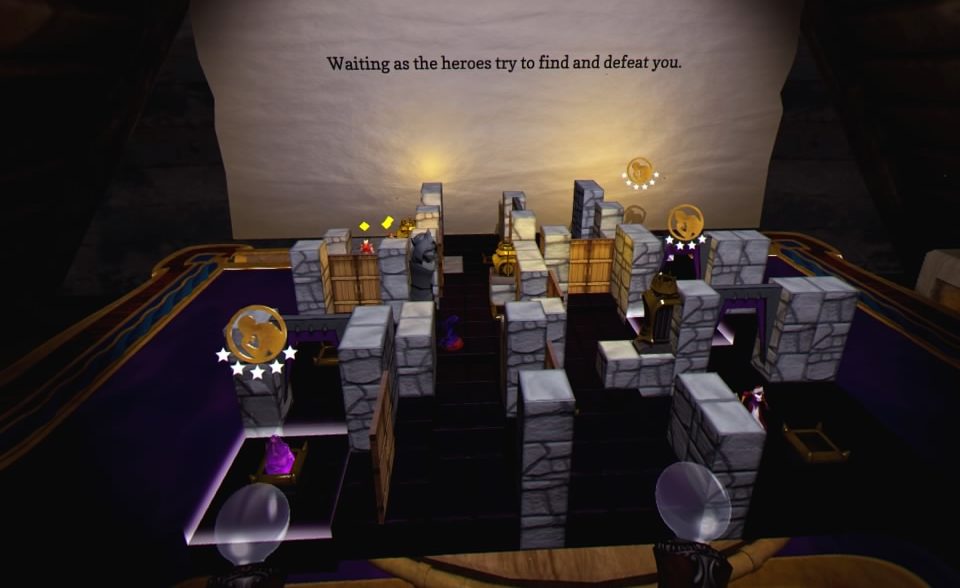 The local multiplayer is a game of hid and seek…and MURDER!!!

Table of Tales looks great in the headset with bright colored visuals and great sense of detail and scale.  The Table before you is really anything but as it’s more like an AR surface, but in VR.  The table changes before your eyes, with stages appearing from one end and disappearing at the other, as if the play area were on a virtual treadmill.  As the environment is created, water may just appear, or buildings will pop up square by square creating wonderful pop-up environment for your little figures to move on.  Your heroes all look dramatically different thanks in large part to their varying classes and all stand on a circular platform, as if they were a small figure on a tabletop map.  They animate when called to action as do the different enemy types you’ll encounter throughout the campaign.  Your dungeon master, or narrator, is an animated bird who flies around the table describing the events unfolding in storied fashion and when you look at all the visual elements combined, this is basically the best fantasy version of Dungeons and Dragons I have ever played.

Your narrator is voiced by a talented actress who not only tells you the story and commentates on the action, but voices every character in the game, reminding me very much of the narration style in Moss.  As talented as she is, I did get a little tired of the more long-winded sections of the game where she voices a few characters during long scenes, but I don’t think that’s’ the actresses fault as having just one person voice an entire cast with this much script just seems like a risk and while I would have preferred a few more voice actors to lift the burden off of the one, she still does the job at telling this fun and engaging story. 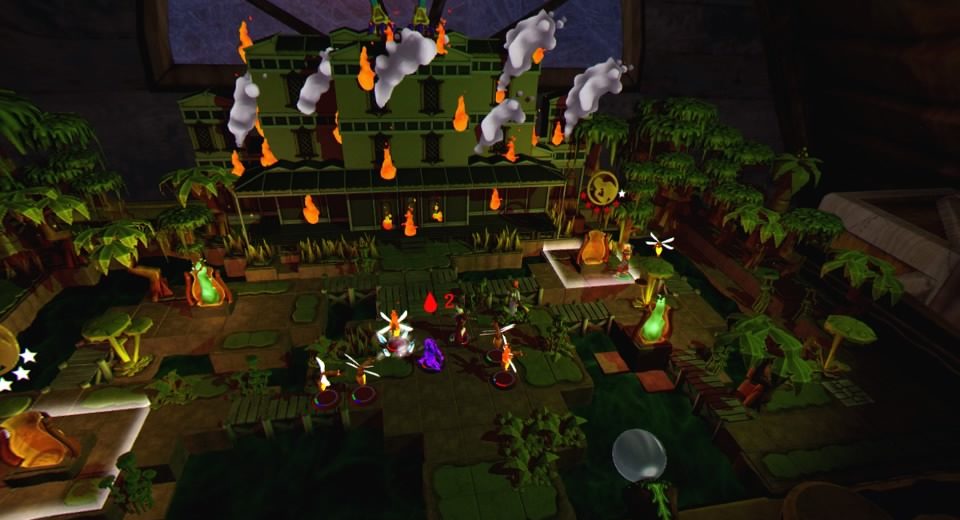 Every set piece is a nice surprise!

I love so much about this game, it’s a little ridiculous.  As a rather hardcore Dungeon and Dragons player in my youth, this tickled my nostalgic brain like few games do and when you account for the very slick presentation, fun and varied campaign and multiple interactions, it really is a very solid package.  The campaign took me around 4 hours to beat but with the opportunity to play through again and make a few different choices, a second run through is inevitable.  One other little inclusion is the ability to pick up any character piece and place them on the tables edge whereupon their individual stats will show up, maybe highlighting a weakness in the enemy or reminding you about your own characters strengths and deficits.  The games progress is saved automatically so should wish to quit at anytime, starting up again will bring right back to where you left off at the beginning of that scene.

Table of Tales is a wonderful surprise, and I ate up every minute of this adventure.  The art style never gets old and as the environments change up, it always felt like I was visiting new areas and looked forward to what the game would throw a me next.  If you love tabletop RPG’s whether it’s in video game or physical form, then I highly recommend this as it’s some of the most fun I’ve had in a headset!

What would I pay?  The $20 asking price on this is way more then justified.  The gameplay is solid, the story is fun, and the presentation is hypnotizing and can’t wait to dive back in for another go.  Buy this please…I want DLC or a sequel ASAP!

Tin Man Games provided a press code for this title and, regardless of this review, we thank them for that!