It really isn’t that often that we get VR experiences for the PSVR.  In fact, they are so scarce that whenever one pops up in the store I get a little excited about what it might bring to the VR table.  Homestar VR aims to bring us the stars and give us a clear view of the night sky from any point around the world and throws in a few little facts about constellations as well. 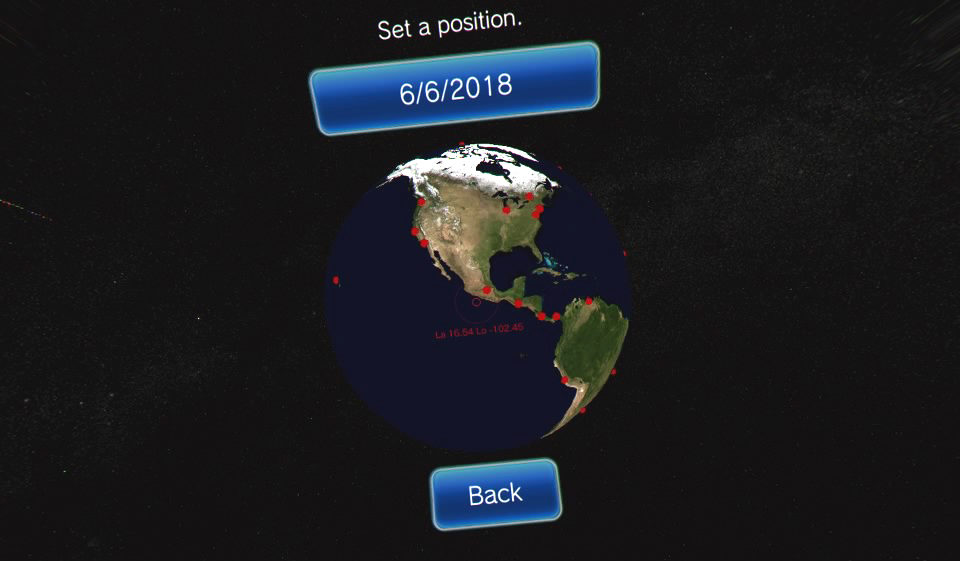 Pick your point on the globe and view the stars

There are no real controls here other than menu navigation using a DS4.  Just sit back, relax and enjoy the sights.  There are 3 modes available, the first being World Sky Time Travel which allows you to select any point on Earth and view the night sky from any year between 1901 and now.  The second is VR Celestial Planetarium which is a narrated show that explains the constellations based upon 4 season and the last is Starry Sky Selection which picks certain landmark points around the world and showcases the night sky there.  Besides the Planetarium mode, the other 2 support options to change the pace the night sky travels, how you view constellations and planets and music options.  Playing through Planetarium mode unlocks stages in Starry Sky with 4 being immediately viewable and 4 being unlocked after you view the shows.

The night sky looks good, especially considering the lower resolution of this generation of headset.  The Sky looks decently clear and the constellations that pop up are nice touch.  What does suffer is the Starry Sky scenes where you view the sky from landmarks.  The ‘land’ you are on is very dark and moves ever so slightly with the headset.  All of these settings are just 2D images placed in front of the star filled background, making them look very artificial.  The globe where you can pick any point on the Earth looks fine with major cities highlighted by red dots, though picking these points only shows the night sky with an all black landscape taking away from the immersion. 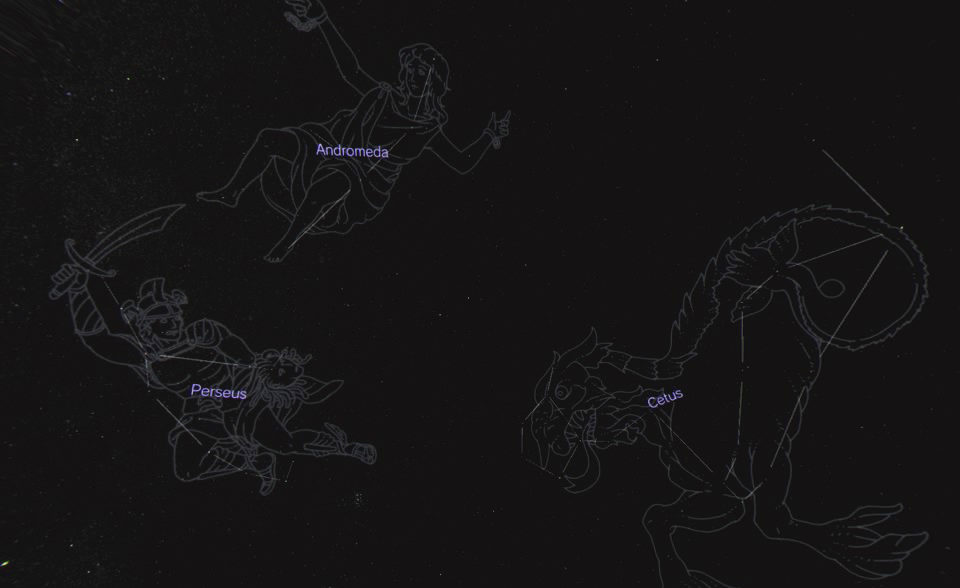 The constellations are kinda cool.

Homestar VR features a selection of melodic and calming music with the option to turn it off completely and enjoy something from your own music selection.  The English accented female narrator does a great job explaining the legends behind the constellations and for someone like myself who doesn’t know much about these stories, I learned a little bit.

The largest problem with Homestar VR, especially during the Planetarium content, is that much of the night sky is above you and craning your neck that high for even a short period of time gets really uncomfortable.  Constellations appear directly above your head and some kind of option to rotate your position to view what you want would ease the strain on people’s necks.  You can view the night sky from any year at any point on the Earth, which is neat on paper but in execution, unless you are an astronomer, I doubt most of us will notice any difference by changing the year. 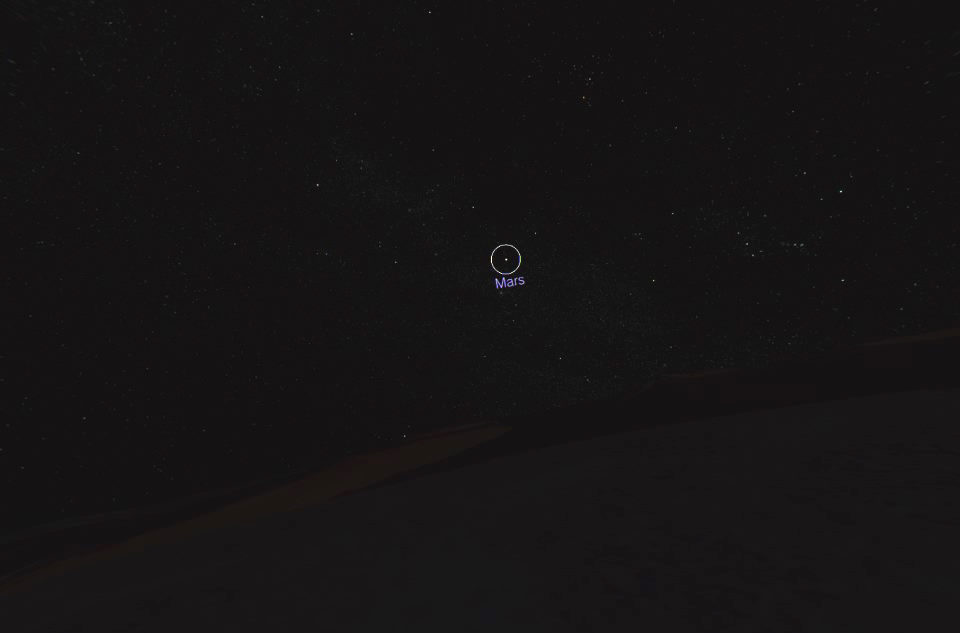 The game is very dark

HomeStar VR does as promised but is still a very niche title.  The landmark settings do not look very good and while the Planetarium presentation is interesting, there is no reason to view this more then once, leaving with just watching the night sky with or without music.  If that appeals to you, then this is probably worth your time but to boil this down, this is basically just the night sky in VR and that’s about it.

What would I pay?  $5 is all I would be willing to shell out for this, but this does hold very little appeal for myself.  If you are looking for a way to relax in your headset then this works and is probably worth the $10 asking price, but I think for most of us, this will be a pass.